McLaren CEO Zak Brown has assured that the team’s entry into Extreme E, alongside running in IndyCar, will not detract from their efforts in Formula 1.

McLaren announced on Friday that they will become the first F1 team to enter Extreme E from 2022, but Brown stated that the team will use existing staff members to run their racing operations in the all-electric off-road series next season.

To ease concerns over the required finances to take on several racing efforts, Brown said McLaren’s “extremely strong” finances have enabled them to show its “competitiveness in Formula 1, allowed us to go to IndyCar, and to enter Extreme E.”

The team are currently locked in a battle with Ferrari to to earn P3 in the Constructors’ Championship in F1, and Brown emphasised that any other racing from the team will not be to the detriment of its main aim in F1.

“What we will never do is distract or detract from our Formula 1 efforts,” Brown said, quoted by MotorsportWeek.

“IndyCar, Extreme E, they’re all there to be complementary and to help accelerate our Formula 1 efforts. Arrow, our IndyCar title partner, is now a big partner in our Formula 1 team.” 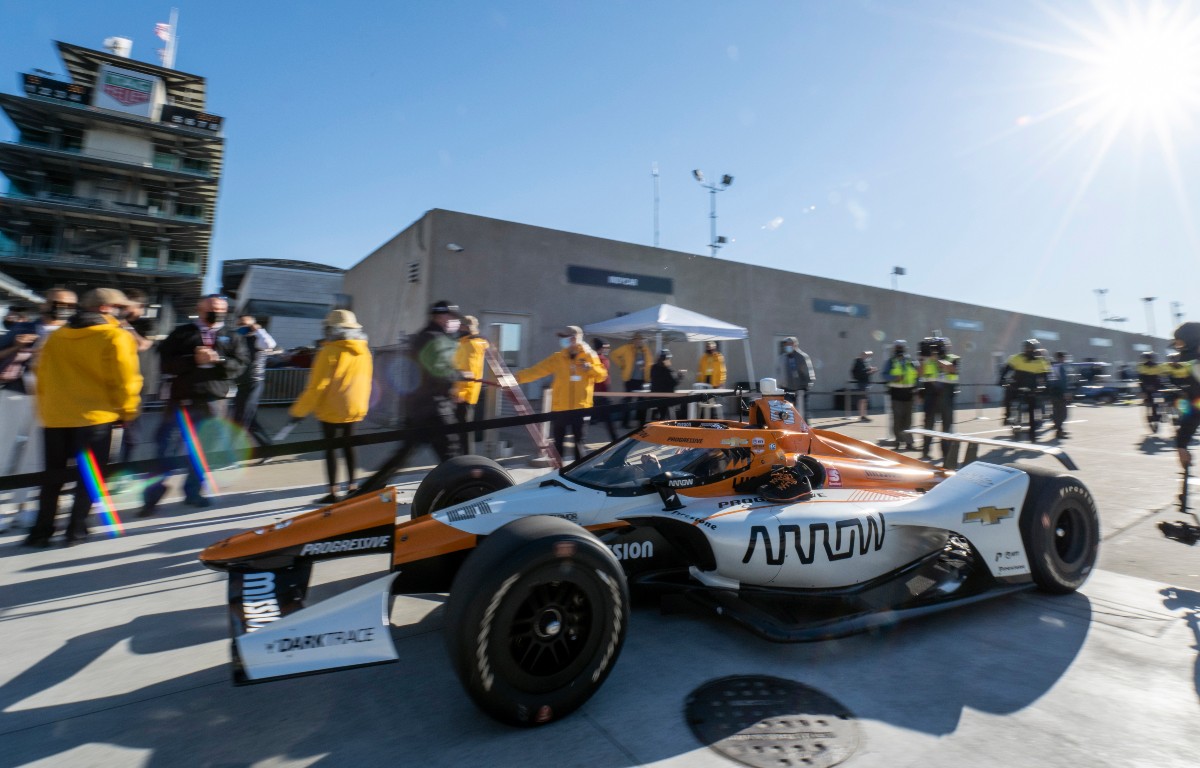 Brown said he has learned from the ultimately failed attempt to enter the Indy 500 as a manufacturer in 2019, with the team now taking a more pragmatic and “very cautious” approach to how they will race around the world.

The team’s CEO has been open with his ambitions to establish McLaren as a racing force beyond its long history in Formula 1 – but he insists his company will pick and choose what they feel they can reasonably take on moving forward.

“It needs to be one step at a time, we need to make sure we can digest what we bite off,” Brown added.

“It doesn’t take the same workload to go and compete in five [Extreme E] events with seven, eight or nine people on the team [compared to] 70, 80 or 100 [on a larger project], so we want to get this announcement out, settled in, then start to look at make a decision on the other series.

“Certainly we can’t get ourselves in a situation which I got us into in 2019, where I think I did bite off a little bit more than I could chew and we saw the result at Indianapolis.

“As I tell everyone at the factory, mistakes are okay, just don’t make the same one twice.

“I’m certainly going to be very cautious and deliberate when adding to the McLaren racing portfolio that I feel it is something we can digest and do properly.”

No grappling in MMA, no tackles in rugby to limit contact

In a Short Season, Shane Bieber Is a Head Above the Rest