The fourth-generation Volkswagen Caddy has been on sale in Europe since November 2020. When it was unveiled a few months before its market launch, it became the first light commercial vehicle from Wolfsburg to be based on Volkswagen’s MQB platform. It is currently available with a selection of four internal combustion engines and a plug-in hybrid powertrain is set to join the range soon. This new electrified version of Caddy was recently caught on camera by our spy photographers.

Seen here in both regular and long-wheelbase configurations, the Caddy PHEV doesn’t look different than the ICE variants of the LCV. The obvious giveaway is the charging port on the front left fender. The design of this port looks a little weird at this stage of the development but most likely, it will be neatly integrated into the side panel. There’s also an additional wire taped to the rear hatch, though this might not be related to the new electrified powertrain. 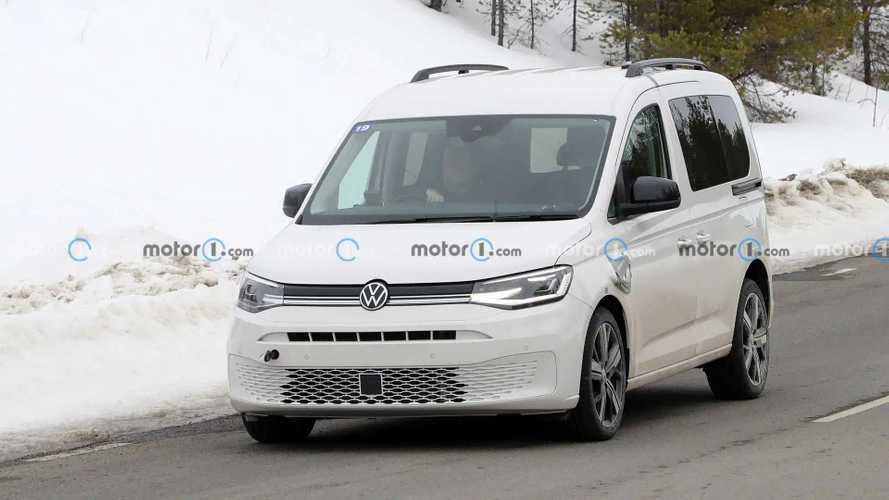 During the earlier stages of development, there were speculations that the Caddy PHEV will receive the same powertrain as the Golf PHEV. It combines a 1.4-liter TSI gasoline turbocharged engine with an electric motor. However, word on the street now indicates Volkswagen could be working on an evolution of this system with a larger 1.5-liter TSI combustion engine.

Nothing is confirmed at this point but it is believed that this powertrain will likely feature an electric motor placed between the engine and the transmission. A six-speed dual-clutch gearbox will likely transfer the power, while a lithium-ion battery pack will store energy for up to 31-37 miles (50-60 kilometers) of purely electric range.

As these new shots show, Volkswagen does not bother camouflaging the plug-in electric Caddy. This probably means two things – the automaker does not prepare major visual changes compared to the combustion models and also, the development is perhaps nearing its completion. If this assumption is correct, we can expect an official debut later this year with sales likely to begin in the first quarter of next year.

Republicans call for Senate pause, but push ahead with Amy Coney Barrett hearings