Somewhere in northern London sits a warehouse filled with roughly 175 cars, spanning a period of more than half a century. They belong to a mysterious collector, who, after having accrued them over the last 20 years, is reportedly liquidating them because they’re losing their storage spot.

But offloading their hoard seems not to be going smoothly, as prospective buyers are ringing alarm bells on social media, reporting poor communication from the seller and even canceled sales. Worse still, though, are misrepresented cars, many of which conspicuously wear the wrong plates, and some of which even have the wrong badges, making buying them a risky proposition. 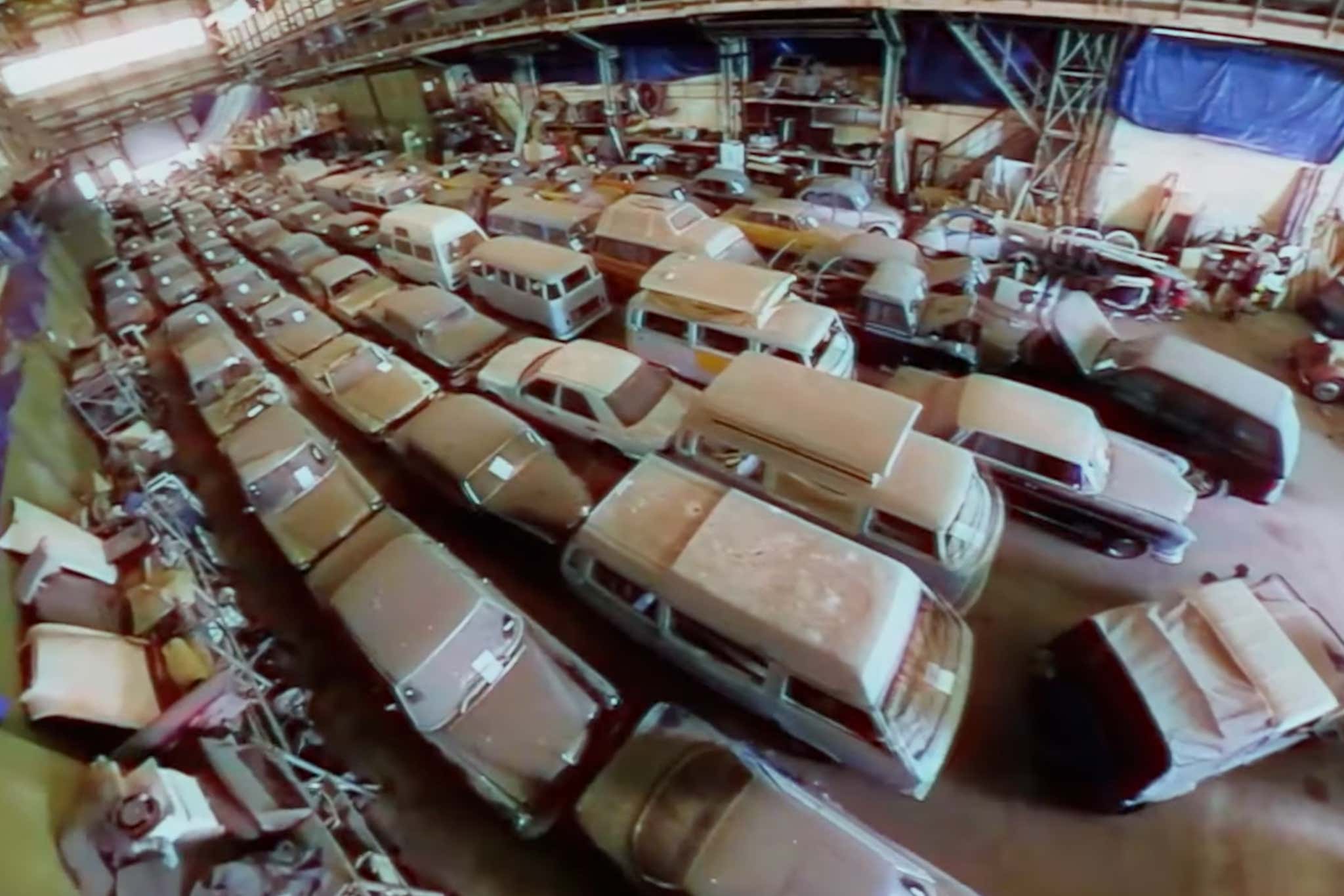 Photos of the collection first found their way online in August via Instagram account @londonbarnfinds. According to The Daily Mail, the cars belong to an unidentified “local businessman,” who must re-home every last one of his stored cars as the warehouse where they live is owned by the city, which wants it back.

The process of selling them, however, has been difficult from the start, as on top of the collection being huge, and its owner reclusive, many cars in it are reportedly missing documentation. That becomes only more worrying when one takes second glances at some of the cars, specifically their badges and plates.

Commenters on a photo of a supposed E28 BMW M5, for example, identify it as a lesser 535i, while this purported Mercedes-Benz G 500 is outed by the United Kingdom’s public plate database as a 1988 230 GE. More dubious still is what appears to be a Porsche 964 whose plates belong to a 1973 911—an impossibility if it’s a real 964, which didn’t enter production until the end of the 1980s. Some commenters point to it being a potential replica, though not enough of the car is visible to easily make the call.

All cars in the collection are alleged to have run when parked, though in many cases, that has been a good long while. Some have been registered at least as recently as 2016, though many reportedly haven’t been since the 1990s. Almost all are coated in years of dust and bird droppings (the organic kind), while some are missing components, making few to none just a fluid change and a new battery from running again.

Despite these vehicles’ flaws and questionable representation, though, people have clamored to buy them, only to encounter problems with the cars’ seller(s). Their sale has thus far been spearheaded by a “family friend” of the collection’s owner, one Freddie Fison, who appeared in the above video highlighting the collection. According to an archived eBay listing, he or his associates held an in-person showing at the warehouse on August 30, where they planned to take offers on cars and reach deals in the days following before offloading the remainder on eBay.

According to at least one commenter, the leftovers were indeed listed on eBay afterward, but subsequently got yanked with no explanation. One potential reason for this could be that someone bought the entire collection outright, as suggested by an Instagrammer who claims “someone attended and bought them” in another comment. This doesn’t seem to be the case, though, as recent activity by the sellers’ official Instagram account confirms the sale is ongoing, and that their poor communication is simply down to their small team.

Selling 174 potentially mis-plated and wrongly badged cars isn’t easy, after all, especially when the cars’ histories must be obscured, be that for their current owner’s privacy—or to keep a potentially ugly history under wraps. In the comments of the official Instagram account’s videos, one user claims to have owned the blue Volkswagen Type 2 shown in the video and alleges its buyers scammed him for the van. We have reached out to this user to verify whether they owned the vehicle depicted in the video and will update when we know more.

Whether or not that van in particular was acquired by illicit means, there’s enough suspicion regarding this whole collection that any interested buyer had best keep in mind the words caveat emptor. At the same time, we must all acknowledge Hanlon’s razor, because from what we’ve gathered, the people tasked with selling this mammoth collection aren’t professional consignors.