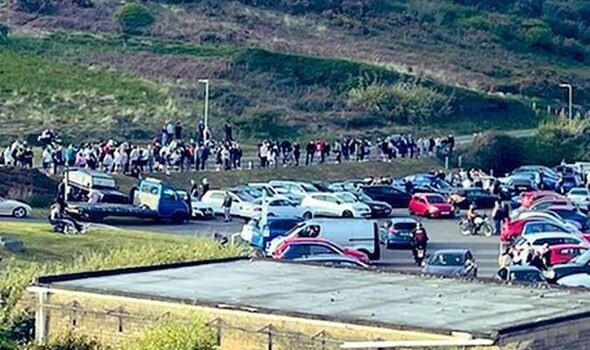 Officers were called to reports of dangerous driving by Bracelet Bay on the Gower in south Wales and, once on the scene, they found more than 100 vehicles and large crowds present at the scene.

Issuing a short statement on Twitter, South Wales Police said: “Officers attend Bracelet Bay following reports of dangerous driving. Large crowds gathered as the area was used as a race track. Car park was temporarily closed whilst checks were carried out of over 100 vehicles as they left the car park.”

According to Wales Online, the South Wales Police Roads Policing Unit also said that “other than the ongoing ASB [antisocial behaviour] issues, no other driving offences were identified.

“A positive engagement with the car club community.”

Police do have the power to arrest groups of people taking part in car meets on private or public land.

When meetings fall under antisocial behaviour though, the police have the power to arrest.

Cruising is not illegal but many of the cars do commit offences during the events. These can include speeding, handbrake turns and criminal damage.

Bracelet Bay is a small bay on the south of the Gower Peninsula.

It is the first bay after leaving Swansea Bay and rounding Mumbles Head. It has a Green Coast Award and is a much-loved spot for rock-pooling and ice cream.