Why do I, personally, like electric vehicles? Well, the whole “trying to stop the planet burning” thing aside, I like them because they should be, in theory, fun. The reality, so far, is that they’re kind of… not. In their rush to get taken seriously, all the stuff like being able to use electric torque and regenerative braking to turn every car into a hot monster has been lost in the quest for 400 miles of range and some kind of mostly soulless quest to convince people driving electric can still feel authentic to what we traditionally expect from conventional cars. Maybe I don’t want it to feel authentic. Maybe, as a weird car enjoyer, I want it to feel different.

Instead of slavishly trying to replicate the sensations and aesthetics of combustion cars, maybe I want electric cars to just be a little bit off the wall. Make freaky concept things – by which I don’t mean like, tedious flying car or autonomous lounge ideas, I mean like Peugeot-grade weird stuff.

Automakers aren’t, for the most part, doing that. Trying to reassure the market that EVs are things you could actually own involves being really, well, boring about them or just completely overcompensating. Talking about range and safety and fast charging and like, yeah, yeah, I get it. But it makes electric cars seem so tedious, like a punishment we’re all taking on for the next century, not something anyone’s that enthused by.

My hottest and most dangerous automotive take is that I like the BMW iX’s big kidney grille. I’d like it even more if someone put something iridescent in it and really turned it into the beautiful bauble it should be. I like it because it looks like something you’d see in a Charli XCX video, outlandishly sized and almost out of place, tacky and plasticky, even though it’s made of a fancy, self-healing polymer. 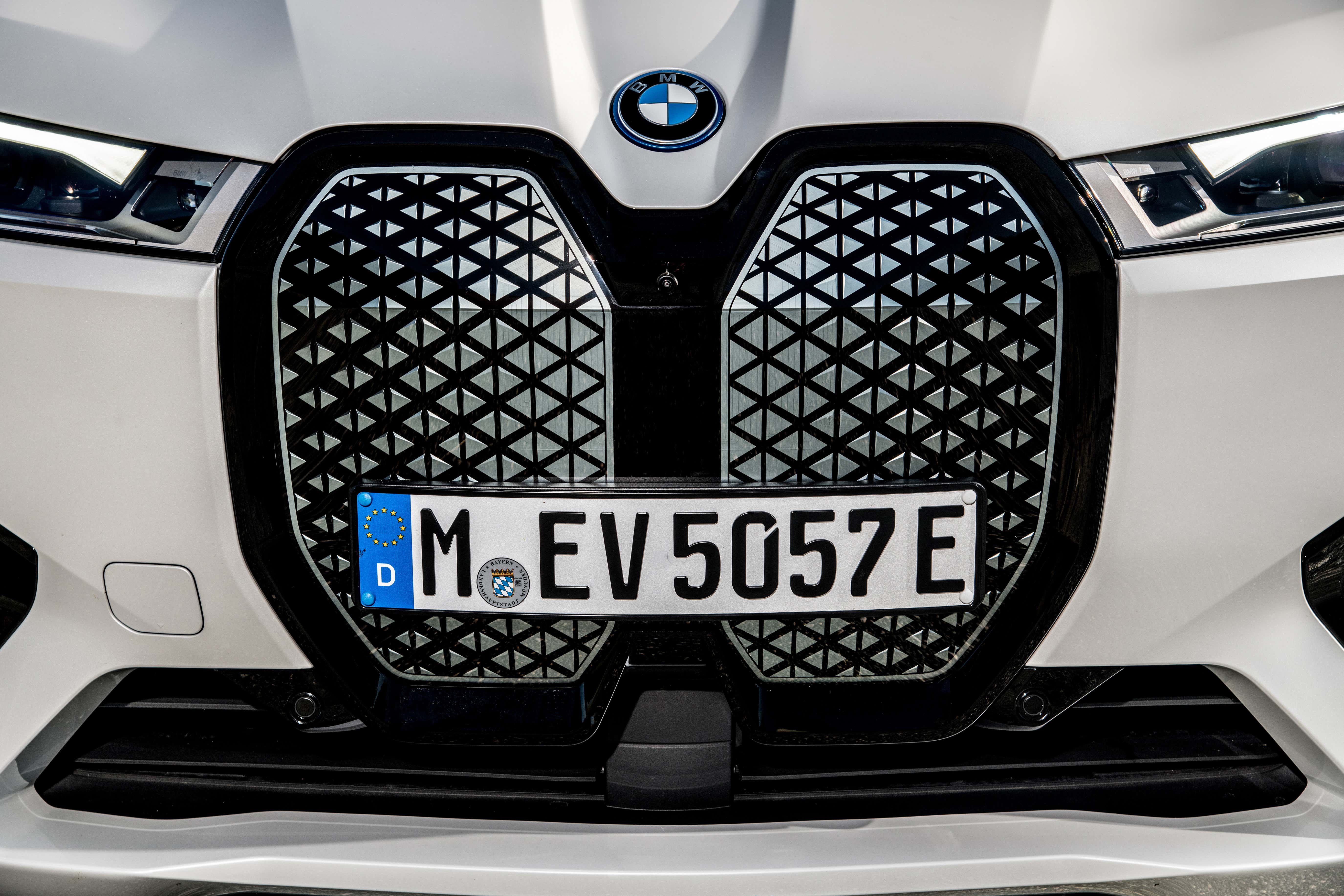 Statement jewellery for your SUV

When I first saw the iX up close, in a workshop about its iDrive functionality, I sighed and thought “that car is stupidly big.” In the U.S., it’s mid-sized but like, it’s just chunky and my first impression was that it went out of its way to be the size of a damn house and look like it maneuvered about as well as one.  Looking at it inspired nothing except imagining getting run down in a multi-story car park in one by someone with too much money to check their rearview mirror.

I opened the door, dutifully faking some enthusiasm and sat in the passenger seat and glared through the windshield. Stupid, stupid, stupid when will someone make a car I like? Then I looked down at the inner door and found the first thing that made me start falling in love with the iX. The crystalline door controls are an optional extra that, frankly, you’re mugging yourself if you don’t get. 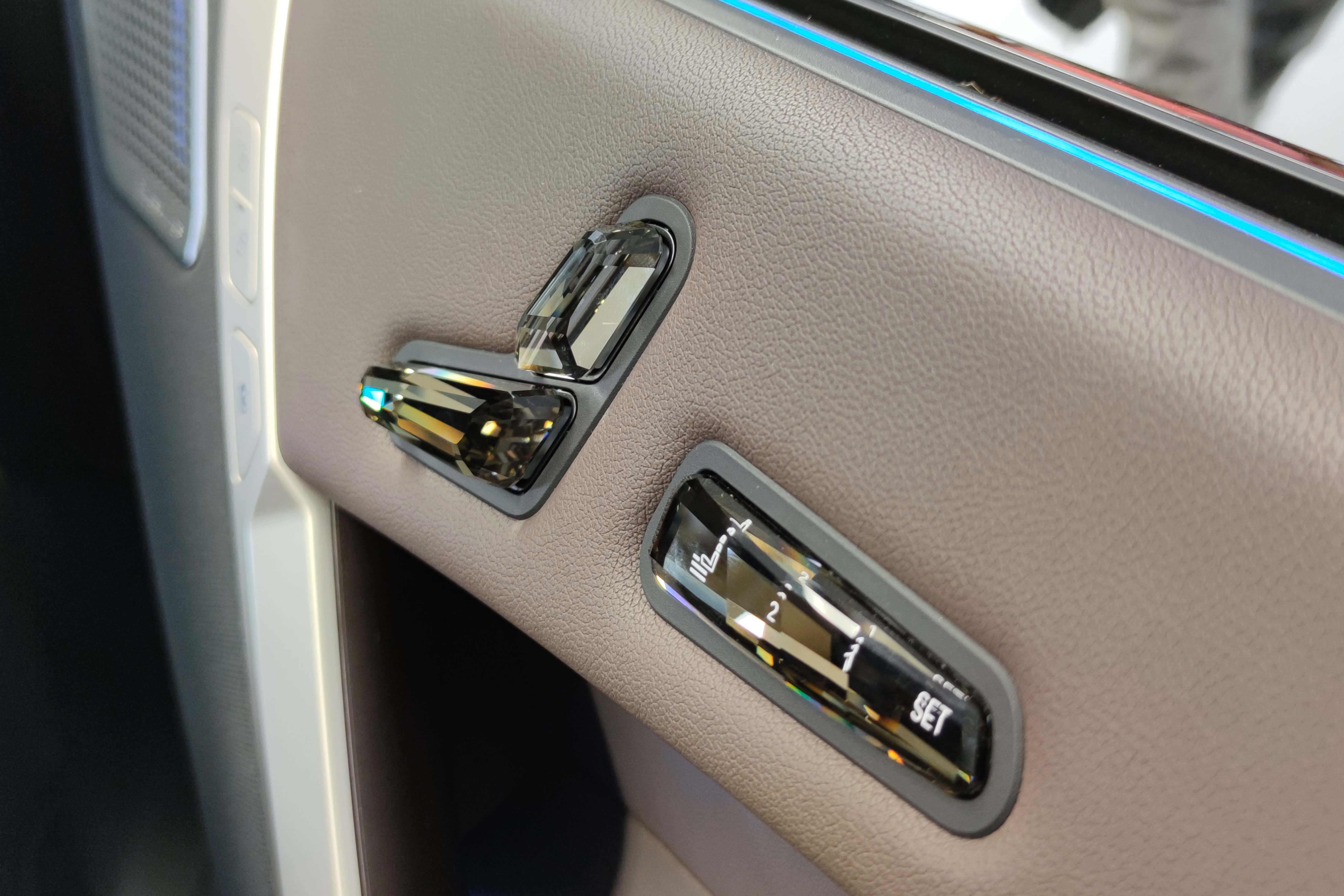 When I was like, seven or something, there were these Barbie dolls that had fairy wings. It was the height of early ’90s plastic tat and exactly the kind of tacky, throwaway use of petrochemicals that’s got us to the state we’re in. But man, these things had me obsessed. There was a detail in the wing where it was nearly holographic and I thought about it all the time, like light through a stained glass window.

That’s how I felt about the crystal door control. This car I had absolutely no interest in suddenly gripped me like a kid that wanted to drag my parents back to the store and find some way of wheedling with them to get this perfect object. I, a Renault Twingo-loving, SUV-hating jackass who doesn’t like good cars will probably just wither and expire like a widow in a Dickens novel if I don’t get a goddamned iX.

A rose gold iX, which isn’t actually being made but we got teased with this concept image during technical briefings I was distracted from due to being consumed with sheer car lust. 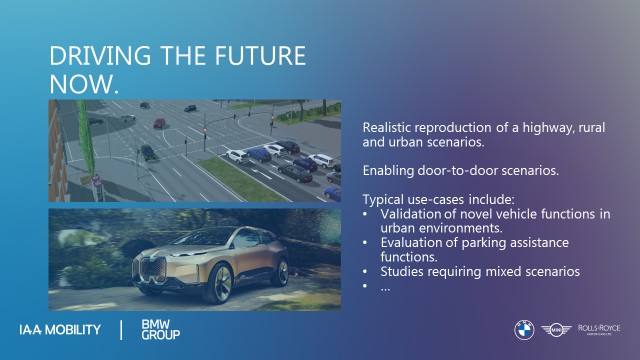 And the things I like about it are all cartoonish. Its pretty, cloth interiors and the way it felt as plush as it was powerful. All the cool car stuff like powerful motors and good handling and braking that does the business were there, obviously but it was packaged in something that made me really like it because it was playing to the stuff I like.

I don’t think BMW has probably intentionally made its latest aesthetic like the LGBTQ+-friendly, aesthetic-heavy, glitchy electronica of hyperpop. But even if it wasn’t deliberate, it still happened. The stark lines and crystal-heavy, plush interior of the iVision Circular, BMW’s declaration about where it’s going through 2040, are less cyberpunk and more Sophie. 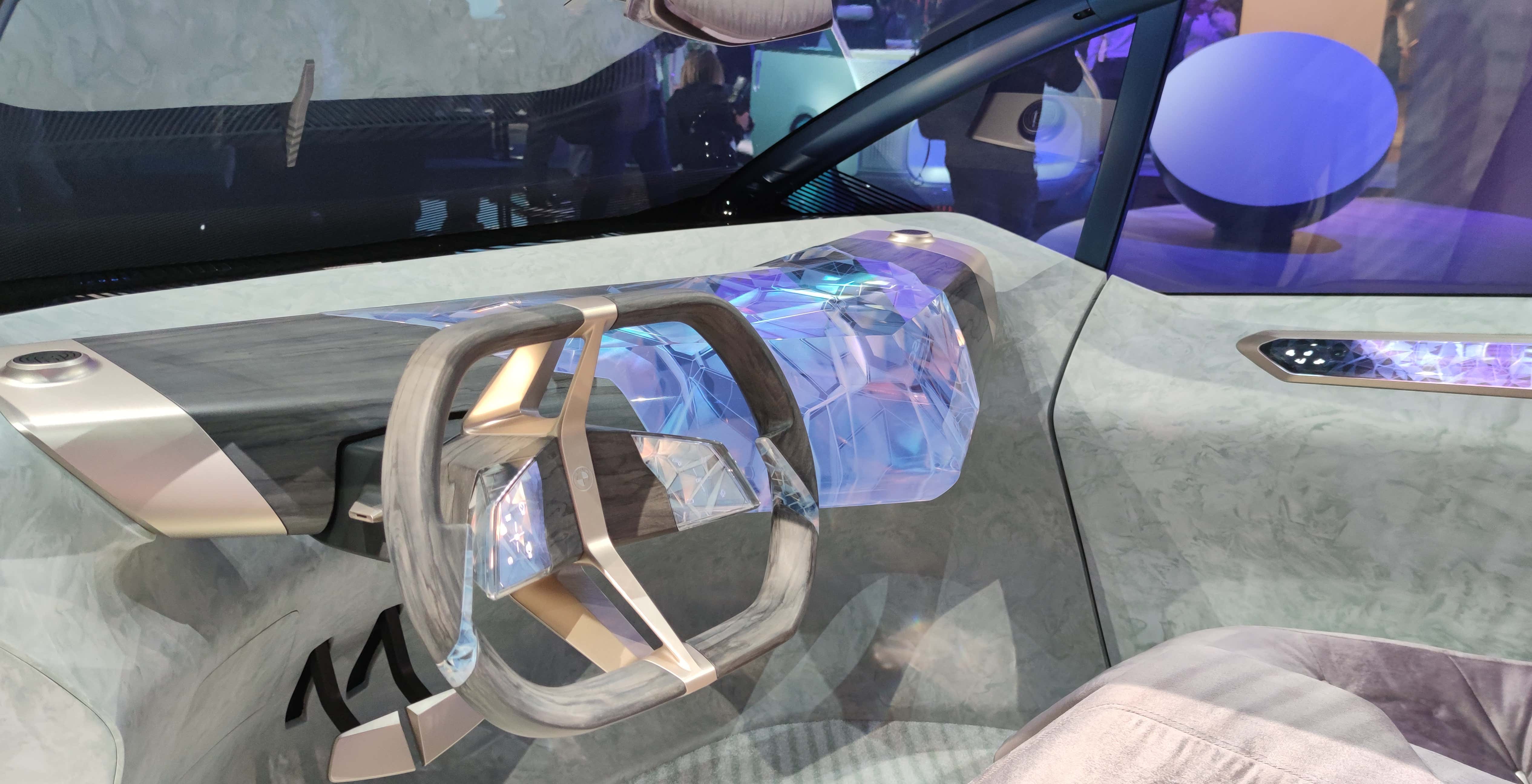 The crystalline and velvet interior of the iVision Circular concept car

The appeal of Sophie and Charli XCX and 100 Gecs and a bunch of other artists that fit into this loose, poorly defined genre of music can be hard to explain, unless you’re the sort of person who immediately gets excited by horrible crunching synth noises. It takes a maximalist approach to pop that it sounds like it’s sort of bent backward in on itself.

The reason the iX grille makes me think about Charli XCX is that it’s aggressive. Hyperpop isn’t all pretty, some of it’s hard to look at or listen to, glaring visuals and scrunchy, harsh electronic sounds thrumming through with something borderline sweet. It’s got a sense of power to it and something kind of manic, forged in an emergency.

It’s all down to details; the Mini Urbanaut is just a cool concept, really, that doesn’t stray that wildly far from “loosely futuristic car”— the seats are pretty standard automotive-looking, although it does have the new concept trend of an onboard plant.

While I was trying to desperately resist the urge to chew the wheels I distracted myself enough to not get thrown out of the auto show by finding The Sparkly Button, which has all the gorgeous, jelly-like, glowing allure of something plastic I really, really want.

The Mini Urbanaut’s glittery button I long to press

Yeah, it’s just a button on a concept car. Maybe it’s not even a button, maybe it’s a coaster—I might be even more into it if it’s just there for absolutely no reason whatsoever. Being in the iX made me feel ridiculously catered to. The softness of the interior gave me vintage vibes—not of cars, of looking through dresses. The tacky, maximalist crystal and the big, shiny golden fake grille are my kind of only-really-looks-like-it’d-work-in-The-X-Men statement styling. Whatever it is, it goes straight to my millennial, internet-addled brain.

And yet you still know these cars are BMWs. So if they’ve got cute features, they’re just that—underpinning it is still going to be solid engineering, a performance focus and that’s the same thing that works about hyperpop. It can be completely ridiculous and verge on breaking apart the concept of music because the people making it know they could make something that made more sense, but instead, they’re just choosing to make this right now.

Car companies keep doing things like designing vehicles via Twitch, as though you’re going to convince a generation that’s still extremely broke to drop $70,000 on an SUV that looks like a mechanical keyboard. Making cars look cool the way the other stuff I love is cool, though? That makes sense, with all the manic threat level of a self-healing fake grille full of gold flecks.

Crashed your car into a bridge and watched and let it burn? Tell me about it on [email protected]

Coronavirus: Help for self-employed workers to be unveiled on Thursday

Ireland thrown under the bus by EU: Without UK to defend it, Dublin faces wrath of bloc