Electric vehicles are not a new development, as the first EVs in the U.S. were developed well over 100 years ago. Yet even today, EVs make up a low-single-digit percentage of auto sales. Knowing that electric is one of the best current solutions to vehicle emissions and fossil fuel-related issues, the United States federal government created a program to incentivize the purchase of EVs and plug-in hybrid vehicles. Buyers of new EVs since 2010 have become eligible for a tax credit of up to $7,500, depending on the vehicle. Here’s a closer look at how it works.

What Is the EV Tax Credit?

The government implemented the tax credit over a decade ago in hope of spurring sales of what was then the extremely novel concept of electric vehicles. The program is still alive and kicking today and applies to new vehicles purchased in 2010 or later. The program’s availability varies by auto manufacturer, as it depends on the number of units an automaker has sold. After a company sells 200,000 eligible plug-in electric vehicles, the credit begins to phase out in the second calendar quarter after the milestone has been passed.

The IRS is responsible for announcing when the production number has been exceeded and will determine the phase out schedule at that time. Currently, only two manufacturers have met that number, which is why vehicles from Tesla and General Motors are no longer included in the credit program.

In order to qualify for a tax credit, there are several requirements a vehicle must meet:

It is important to clarify the use of the term “plug-in.” This means that the vehicle is recharged from an external source, and that the credits do not apply to standard hybrid vehicles. The credit can also apply to hydrogen fuel-cell vehicles. These include the Hyundai Nexo and Toyota Mirai, but the number of hydrogen refueling stations is tiny and most are in California, so the vehicles are not a viable solution for the vast majority of drivers in the United States.

The EPA’s Fuel Economy site notes that credits are only available to the original purchaser of the new vehicle, and states that if the vehicle is leased to a consumer, the leasing company may claim the credit. 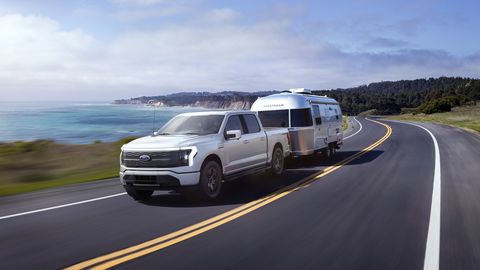 Tax Credit Does Not Mean Cash-In-Hand

Also, remember that a tax credit does not mean that you get an immediate pay-back for the money you just spent on a new car. It also does not mean that you should expect to get a tax return of $7,500 when you file taxes at the end of the year. A tax credit means that you will receive up to a $7,500 reduction of your tax liability for the year. If you do happen to be eligible for a refund, you will receive the credit on top.

In addition to the tax incentives offered by the federal government, several states have their own programs. The individual credits and incentives vary from place to place, and may or may not cover the same vehicles that the federal tax credit includes. Some states have special provisions in place for Native Americans and to allow special use of state roadways for owners of EVs and plug-in hybrid vehicles.

Do Tax Credits Make EVs Worth It?

In some cases, yes, but there are some caveats. To take advantage of the full tax credit, assuming your vehicle qualifies, you’ll need to make enough money to have a tax bill of $7,500 or more. You should also keep in mind that, in most cases, electric vehicles are more expensive than a comparable gas-powered vehicle. Finally, buying an electric vehicle should be a decision that is thought through carefully. Charging infrastructure is not as robust or as widespread as that of fossil fuels, so you might not be able to stop and charge in every town if you’re taking a road trip, for example. You may also have trouble gaining access to a home charger if you live in an apartment building or a managed facility.

What’s Next for Tax Credits?

The political landscape in the U.S. has tended to change rapidly in recent years, so there is no way of telling where, exactly, tax credit will end up in the coming years. Recent legislation and proposals have been drafted that extend the number of units sold threefold to 600,000, which is large enough for General Motors’ vehicles to regain the credit. Other proposals have suggested that the credit be applied to the car’s purchase price, rather than held back in tax credits, which could help drive new sales.

How to spot Geminid meteor shower 2020