NASA’s $2.4 billion Perseverance rover landed on Mars last week after more than 10 years of development and seven months flying through space to its destination. It features more gadgets than Iron Man’s suit and, really, there’s a lot riding on it to snap photos and harvest materials to observe back here on Earth. But as high-res photos that the rover has sent back to our planet show, it’s relying on some simple equipment to keep things fastened down.

Zip ties. It has zip ties. 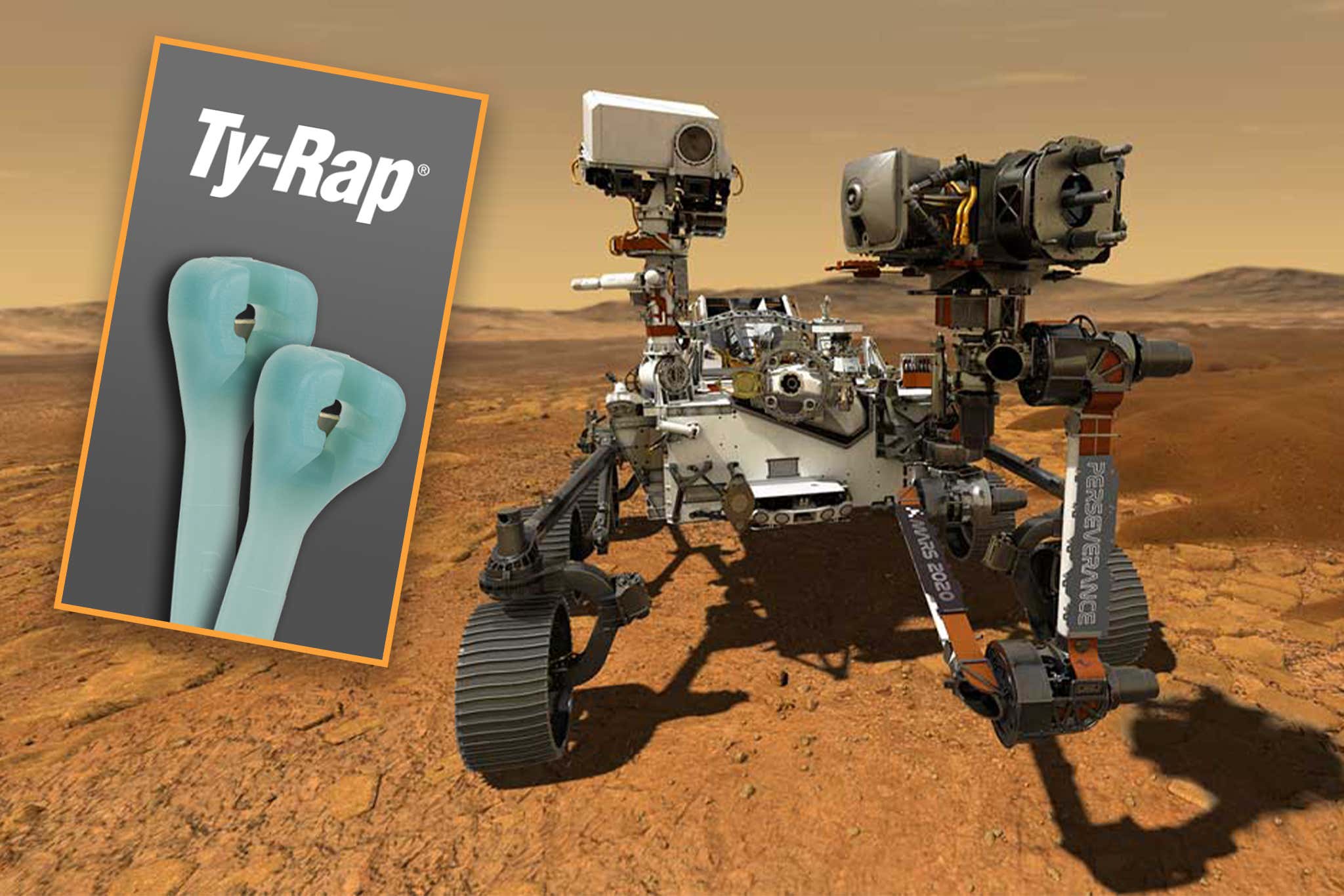 While everyone’s been ogling over photos of the Martian landscape since last Thursday, some folks spotted the cable ties that look to be holding down a hose or bundle of wires on Perseverance. Facebook commenters said it was fake, but they’re legit—just ask the company who made them.

ABB manufactures and sells millions of zip ties annually, some made of nylon and others made of Tefzel ETFE (ethylene-tetrafluoroethylene) resins. Perseverance uses the latter, which ABB calls Ty-Rap ties. They’re way more durable than nylon units, but they aren’t particularly rare. You can buy a pack of 100 from Home Depot for less than 30 bucks.

Take a look at the 360-degree video here. You can pan around and find tons of zip ties throughout.

The aquamarine-colored ties on Perseverance consist of “melt-processable copolymers” that can withstand 2,000 times more radiation than nylon, not to mention the extreme heat of entering a planet’s atmosphere.

“Similar to how standard cable ties are a practical solution for use around the home to organize everything from indoor cords to outdoor lights, high-performance Ty-Rap cable ties connect and secure the rover’s wires and equipment,” said Matthias Heilmann, president of ABB Installation Products, in a press release. “For nearly 50 years, these Ty-Rap cable ties have performed in the most intense conditions on earth and protected components from high impact elements and radical temperature changes in previous space expeditions.”

Perseverance isn’t even the first rover to use Ty-Rap fasteners. ABB previously worked with NASA on Curiosity as well as the Spirit and Opportunity twins—I guess that’s before zip ties became a huge meme. The space program first used ABB products back in 1973.

If they’re good enough for NASA, then they’re probably good enough for your Honda Prelude made of rust and Bondo. Just remember to get Ty-Rap or else they might melt to your muffler, or lack thereof.

Got a tip, or work for NASA’s Zip Tie Selection Department? Contact the author: [email protected]

Will blue skies and birdsong during the coronavirus pandemic trigger lasting change?

Donald Trump successor: Ivanka Trump ‘prepped’ by POTUS to take over as US President