Earlier in December, a Reuters report indicated that the NHTSA wasn’t exactly pleased with Tesla after an over-the-air update allowed drivers to play onboard games while in motion. “Distraction-affected crashes are a concern, particularly in vehicles equipped with an array of convenience technologies such as entertainment screens,” the agency said. “We are aware of driver concerns and are discussing the feature with the manufacturer.”

Now, a few weeks later, the feds have started an official review of the situation. The document posted to the NHTSA’s website reads, “Tesla gameplay functionality, which is visible on the front center touchscreen from the driver’s seat, is enabled even when the vehicle is being driven. This functionality, referred to as ‘Passenger Play,’ may distract the driver and increase the risk of a crash.”

The document is dated Dec. 21 and states not only how the system might distract the driver, but also how many vehicles are affected. In this case, it’s 580,000 Teslas. To be clear, this is not a recall or a formal indictment of what the now Texas-based automaker is doing. It states simply that the Office of Defects Investigation within the NHTSA itself is looking into it through a “Preliminary Evaluation,” which is indeed classified as an investigation. 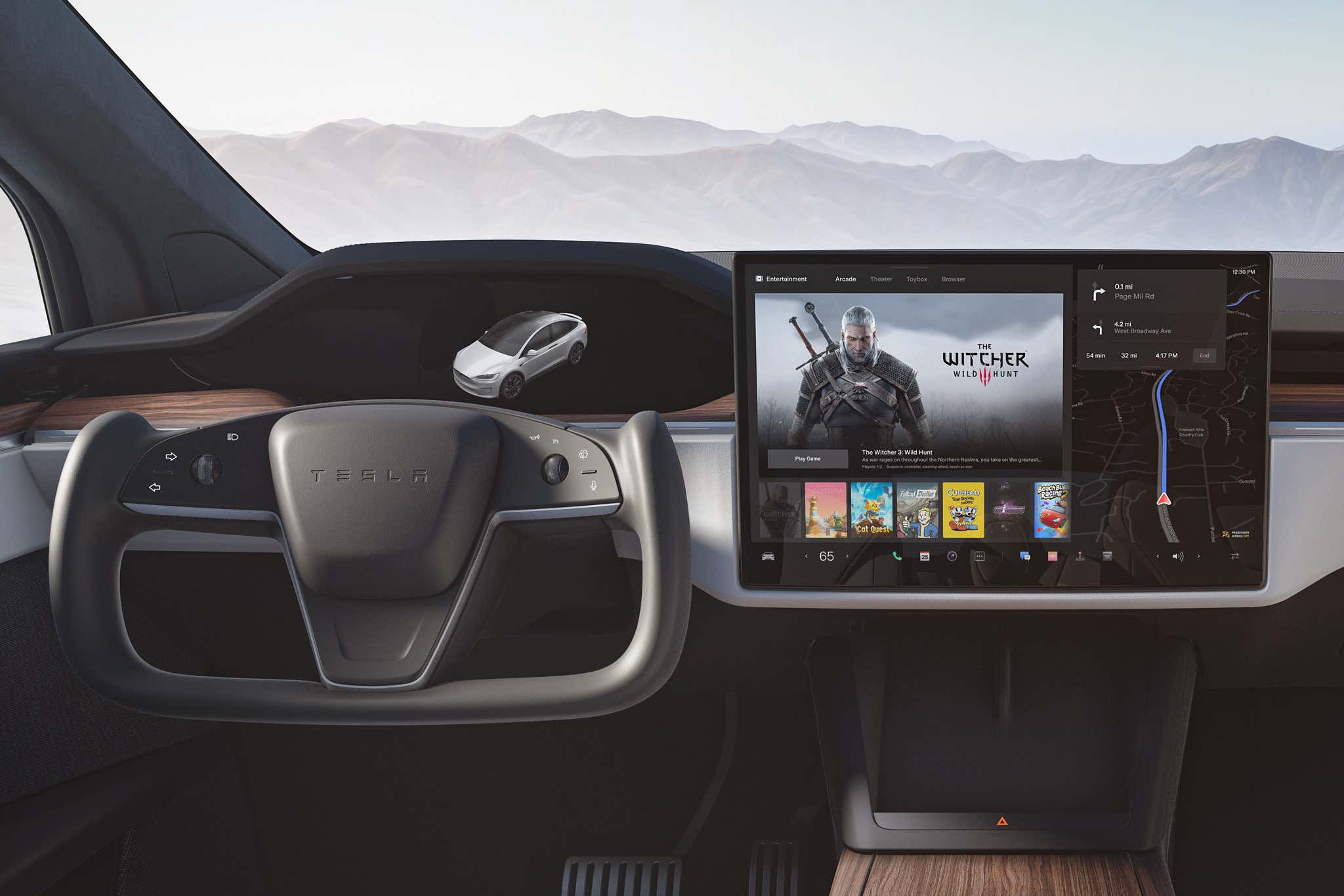 It’s worth noting that before playing these games in motion, the player must confirm they are the passenger via a prompt on the screen, and the game itself does not take up the whole display. This means many of the car’s features that are strictly located on the central touchscreen can still be operated. The issue, of course, is that the driver can lie and say they’re a passenger to play the games while also driving the car, perhaps using Autopilot.

The act of a passenger playing these games could distract the driver as well, so as for the risk of diverting the driver’s attention, it could be fairly high. That said, the NHTSA has not reported any accidents as a result of games being played while on the move, and until the agency makes a formal decision, the feature will likely stay active in Tesla vehicles.

Max Verstappen: Valtteri Bottas was right to back out of Turn 1 fight in Mexico