We freely admit this could be a touchy subject for some people, notably among those who ordered a new Ford Bronco and are impatiently waiting for its arrival. It’s quite possible your kids could get the off-roader before you do, albeit in a slightly detuned, smaller format.

Of course, slightly detuned is an understatement here. In actuality, it’s a battery-powered mini-Bronco for kids, made by Kid Trax with licensing from Ford to give it some official ambiance. As such, it looks just as cool as the real thing and it even shares some of the real Bronco’s features. The doors are removable, and the “roof” comes off as well. In this instance, the roof really means side covers since the occupants sit well above the roofline, but the end result is a roofless two-door look that mimics the real Bronco in grand fashion. 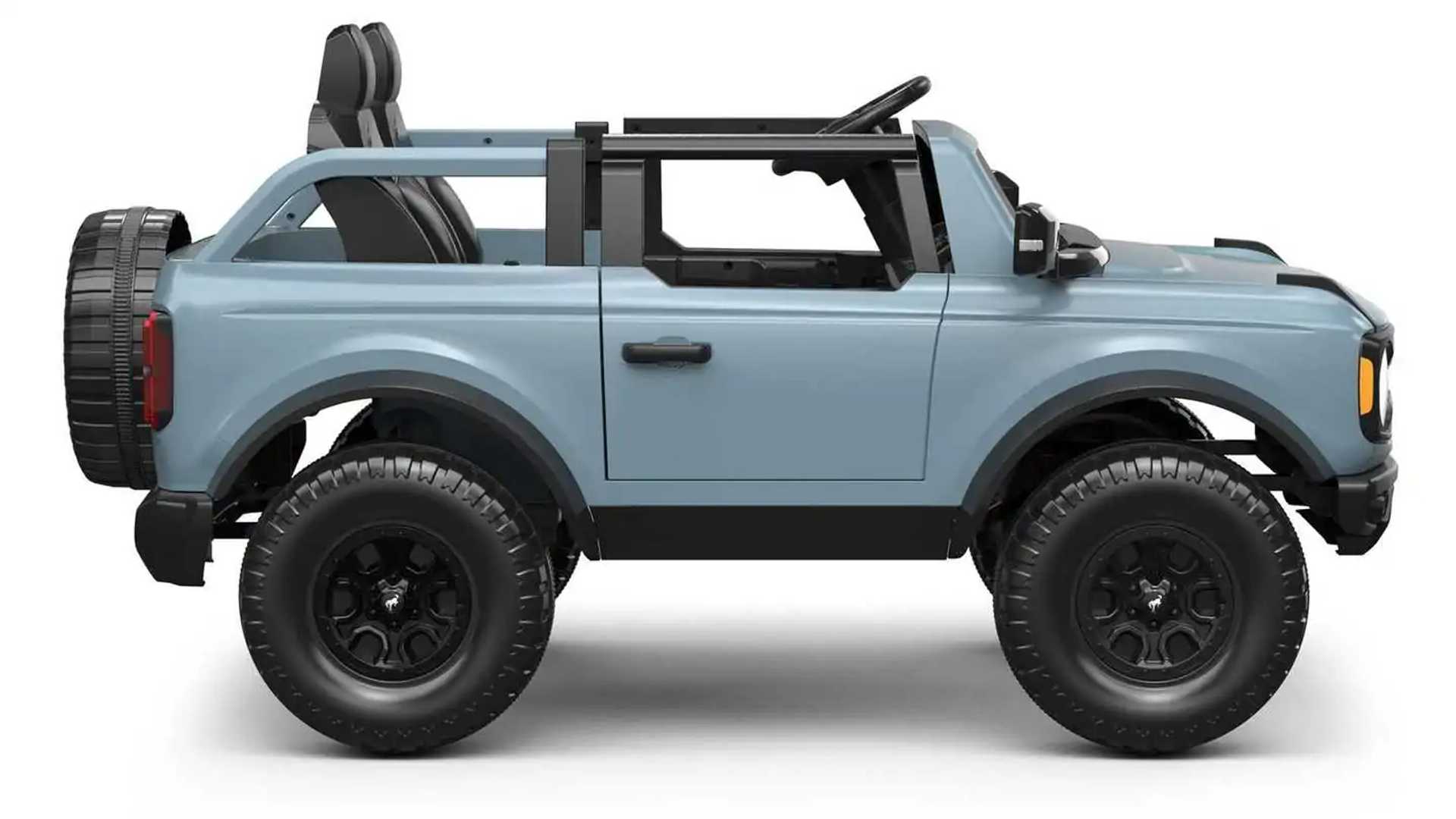 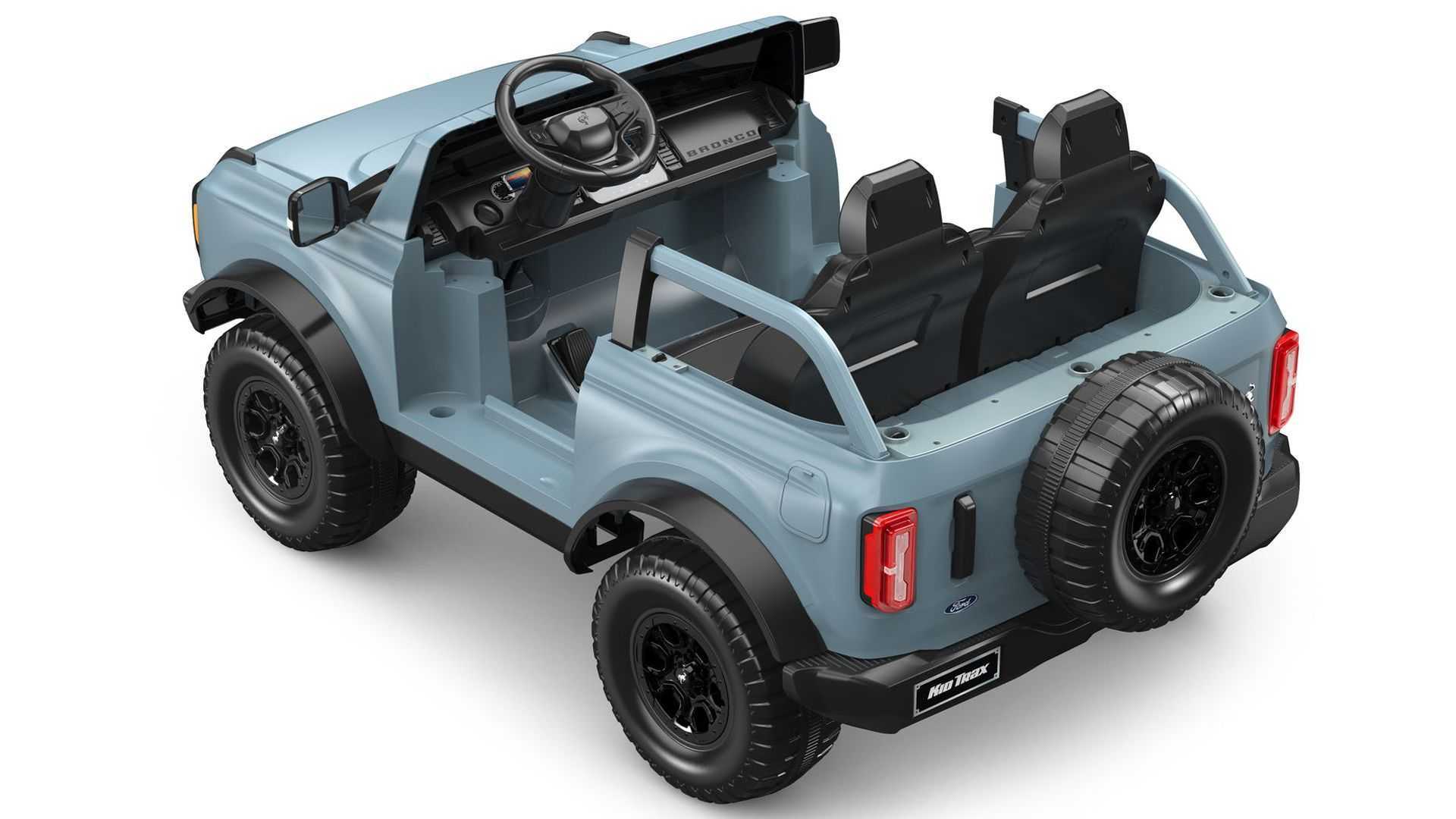 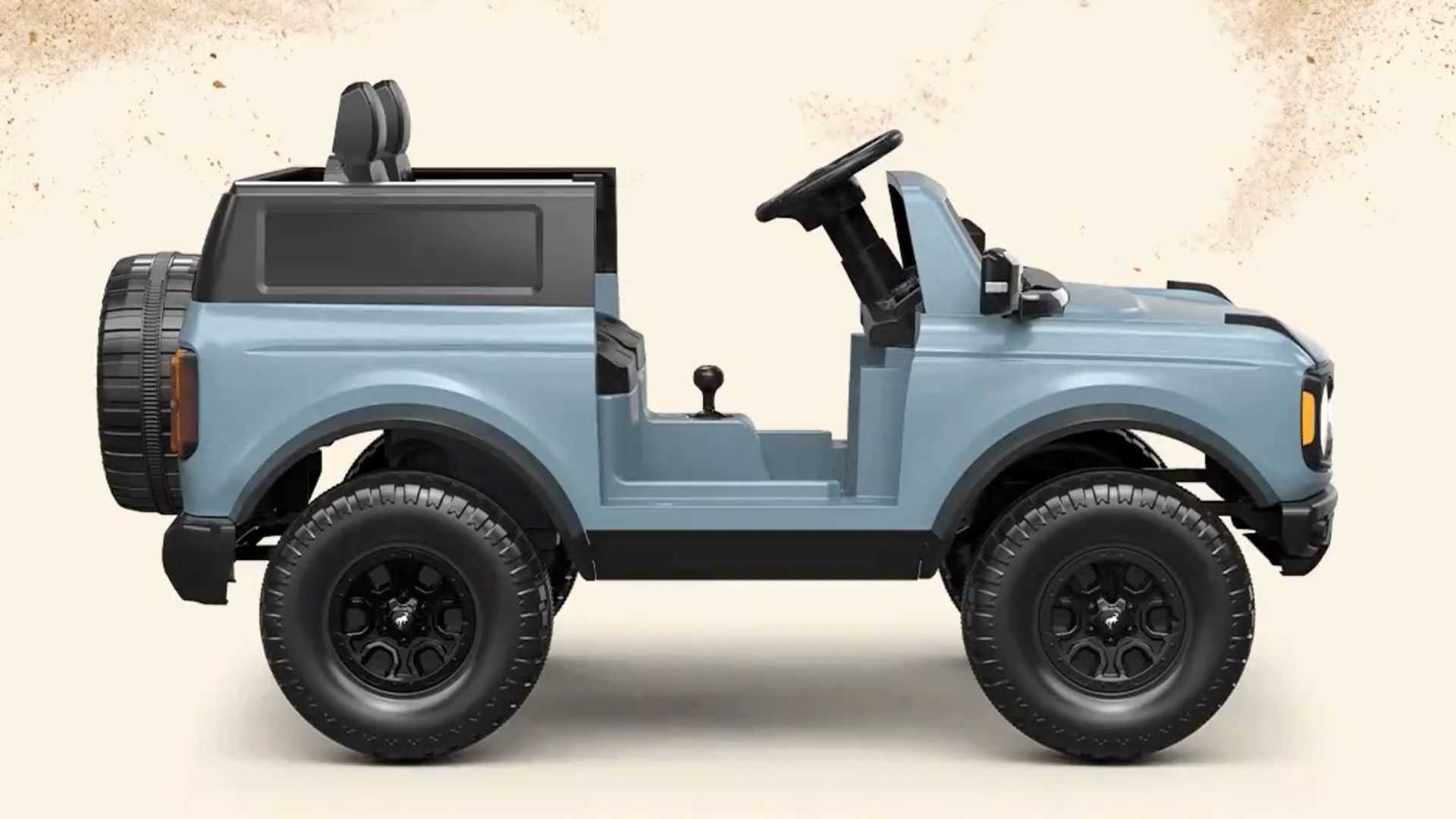 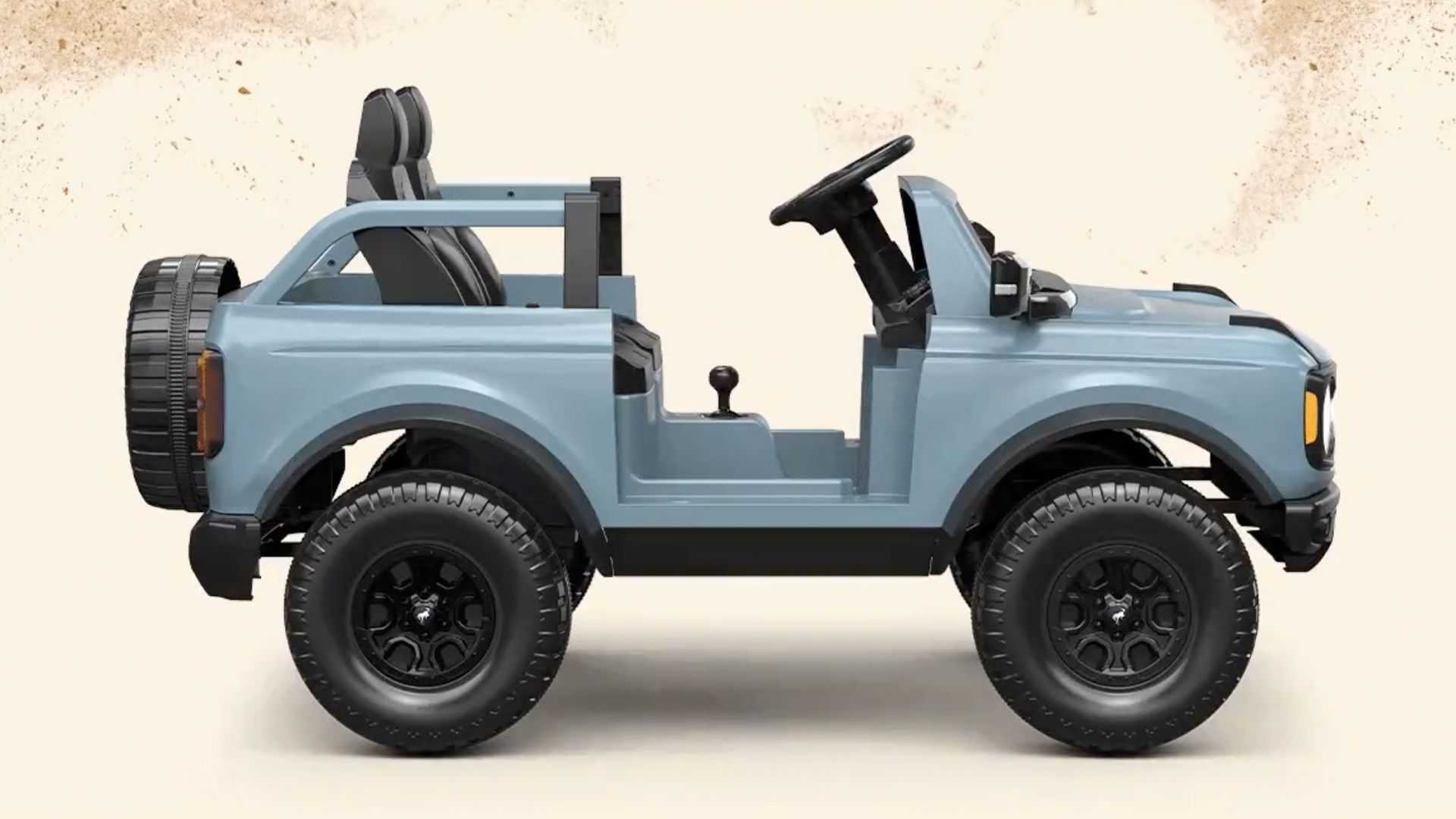 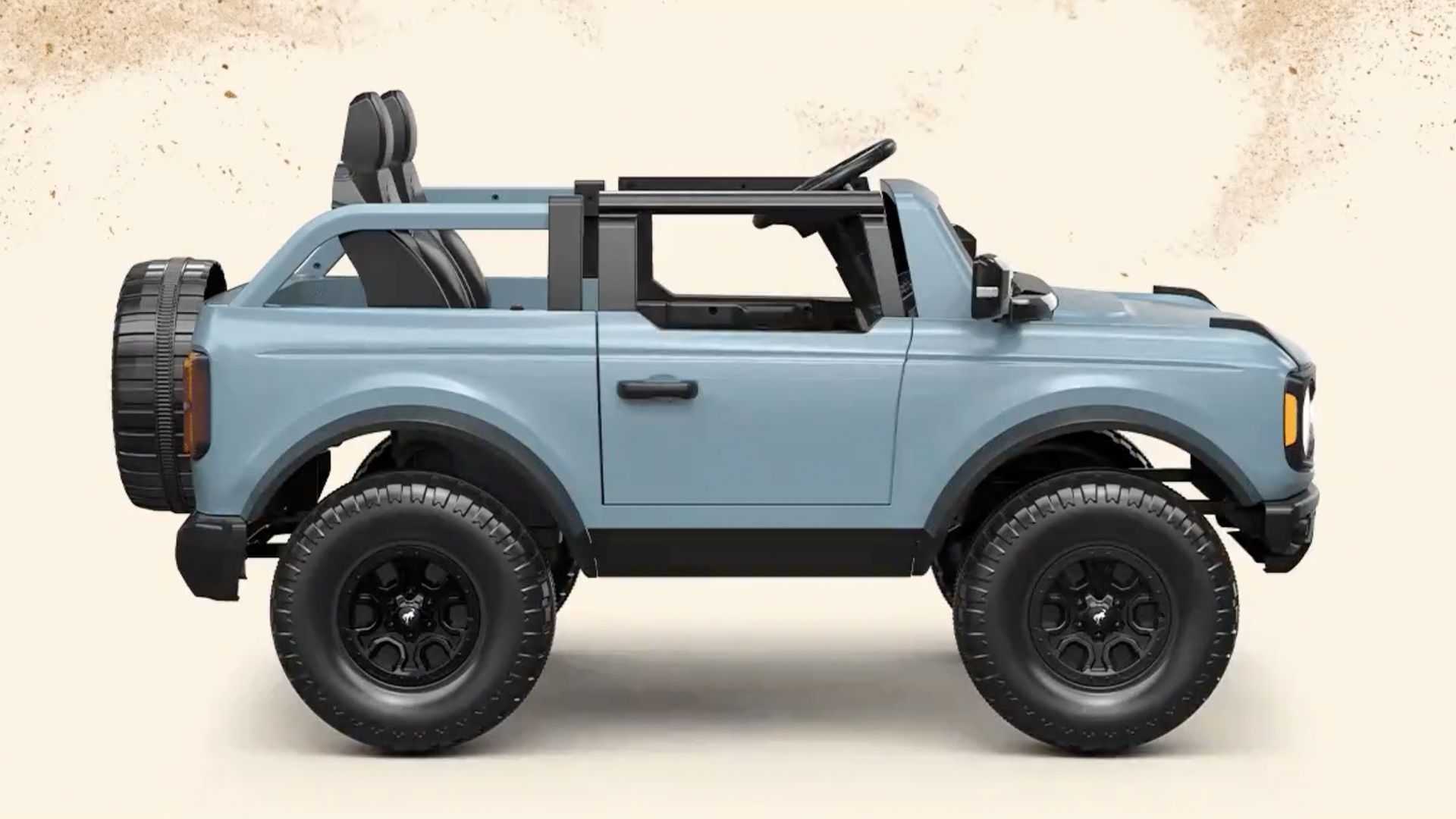 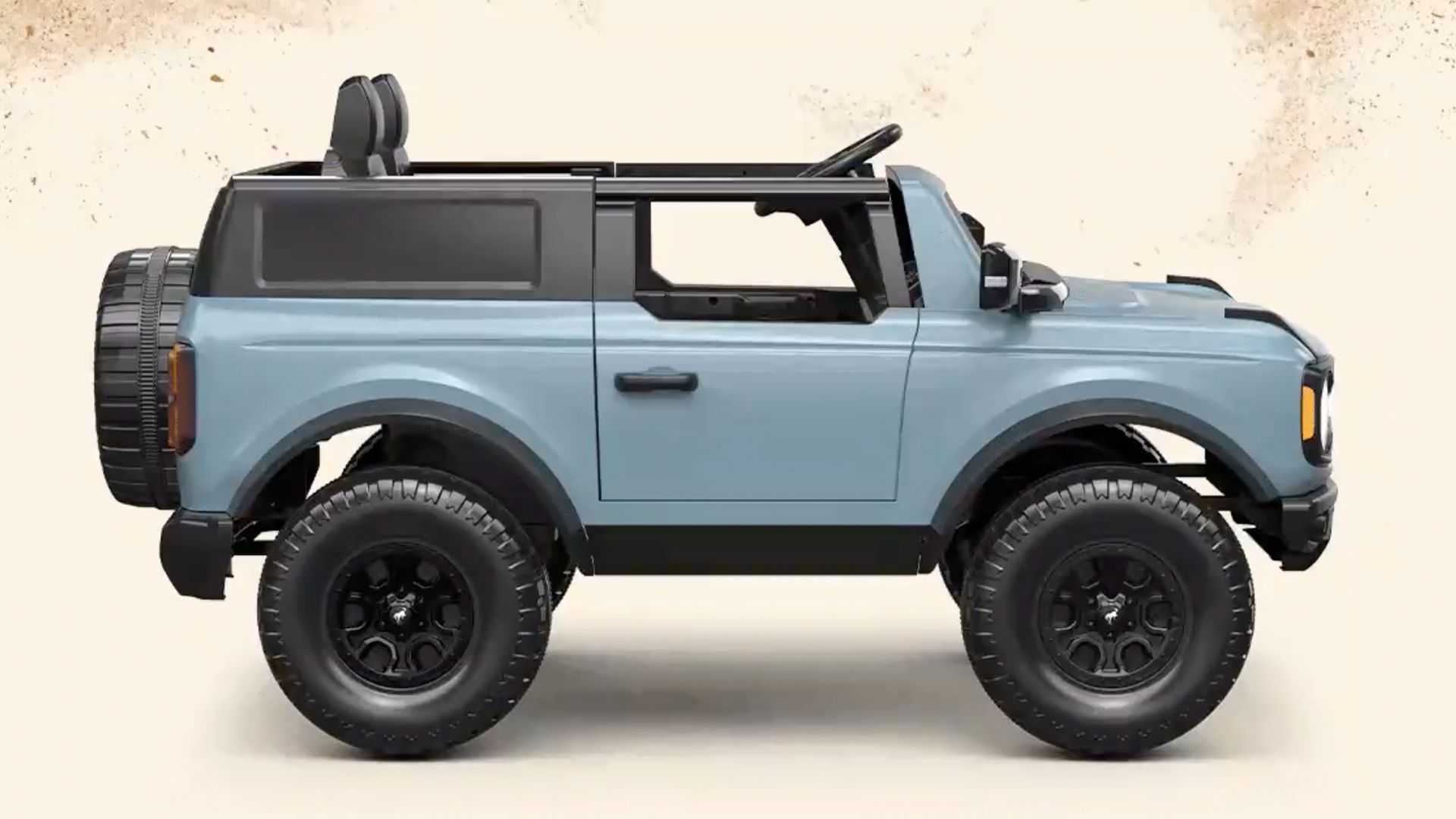 The Kid Trax Bronco has a few other features for kids to enjoy. The seats are modeled after those from the full-size off-roader, and the molded-plastic wheels have rubber traction strips for better grip on all surfaces. There are LED running lights in the grille, realistic engine and horn sounds in the cockpit, and for in-car entertainment, there’s an FM radio that also supports a plug-in MP3 player.

Floor the throttle and the Bronco will reach upwards of 5 mph, just enough to be entertaining for up-and-coming off-roaders but slow enough to prevent heart failure in parents. A faux fuel-filler door opens to reveal the charging point for the battery. Naturally, the battery and a 12-volt charger are included with the purchase.

Impatient Bronco-buying adults might be tempted to get one of these even if they don’t have kids, but alas there’s still a waiting period. On its website, Kid Trax lists this Bronco ride-on toy as coming soon without mentioning a specific timeframe. There also isn’t a mention of price, but when production does begin, it will be available exclusively at Target stores.

Training the Next Generation Key in Italian Fashion Industry