Convertibles are fun, no doubt about it. With the wind in your hair and the sun shining down, there’s hardly a better way to take in a winding country road in the summer. However, plenty of cars eschew the format, with many customers insist that their car have a roof and too many doors. For those cases, it’s up to the enterprising enthusiast to get chopping, as this madcap Australian creation demonstrates.

Yes, this dreary Ford family sedan has been chopped and screwed into a glorious open-top coupe. We hesitate to use the word convertible as there’s no soft top or hardtop one can actually install. It’s now a somewhat scary looking thing, complete with hideous red-brown paint and a wheelbase shorter than most compact cars. Pair that with rear-wheel drive and a heavy cast-iron straight six up front, and you can guarantee that “nervous” and squirrelly” are adjectives you’d use often behind the wheel. 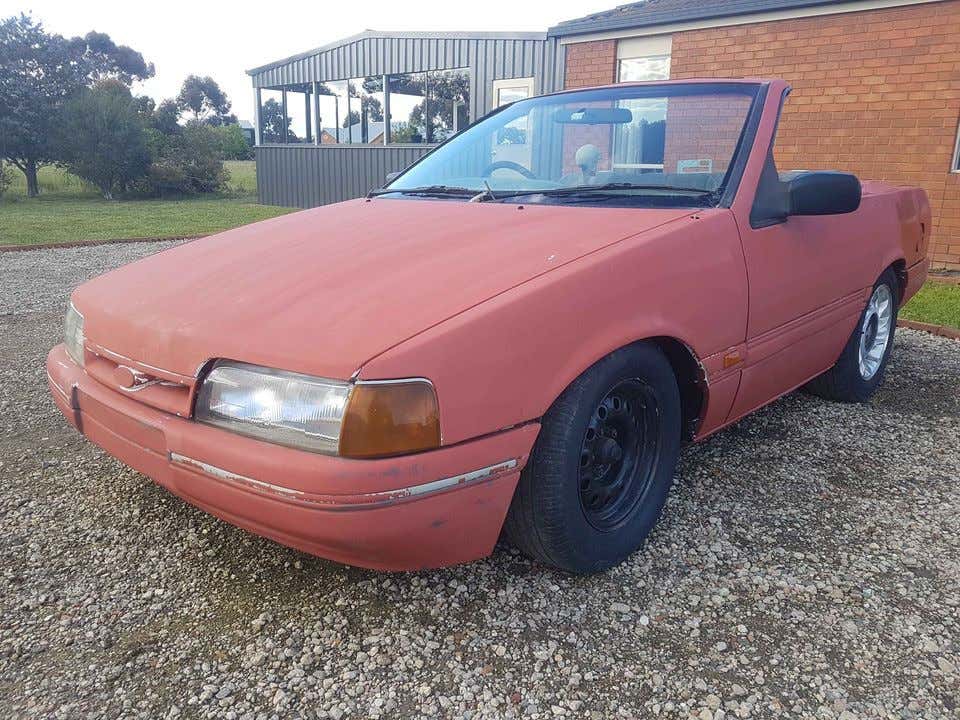 The car is listed as a 1995 Ford Fairmont, the luxury trim of the Falcon as sold Down Under. However, the car is obviously of the EA/EB/ED body style and the presence of a 4.0L straight six under the hood means that it was more likely built sometime between 1991 and 1994. That engine was good for 194 horsepower and 256 lb-ft of torque in the ED models, providing this backyard hack job plenty of pep.

The ad notes that the vehicle would “Make [a] good promotion vehicle or burnout car” and we’d have to agree with that sentiment. The build was likely intended to run at events like Red Centre NATS and smaller local contests, competing on the burnout pad and shredding tires with abandon. No road worthy certificate or registration is available, as you’d expect. Australian police would take an incredibly dim view seeing this on the road, even in a rural area.

The hack job is remarkably well executed, with the roof removed cleanly and no dangerous sharp edges to be seen. A large section was chopped out of the passenger cabin, with the rear doors removed to create the two-door body style. Notably, however, the rear bench has been moved forward to become the front seat. It’s a decision that gives the car a tidy silhouette without headrests sticking out to spoil the lines.

Mechanically, we have some questions, mostly about the driveshaft. With the rear axle moved so far forward, it must have been shortened or replaced entirely. Based on the car’s exterior appearance, we suspect it might be a simple cut-and-weld job done on the original part. Excessive vibration and incorrect driveshaft angles could give this build a limited life. Given the stated use as a burnout car, the rear brake lines may also have been disconnected rather than modified to suit.

Meanwhile, interior appointments are exactly what you’d expect. Oil stains or mold is present on the seats, and the grey plastics are crumbling as is common for these cars today. Dig your fingernails into the dash and you can likely take some of the car home with you. 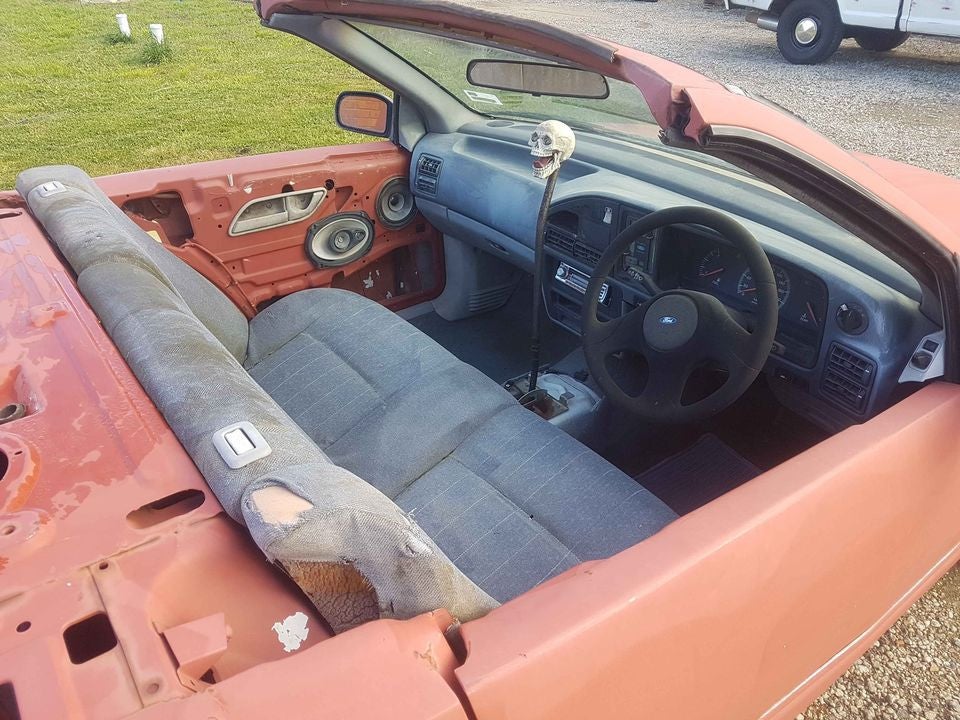 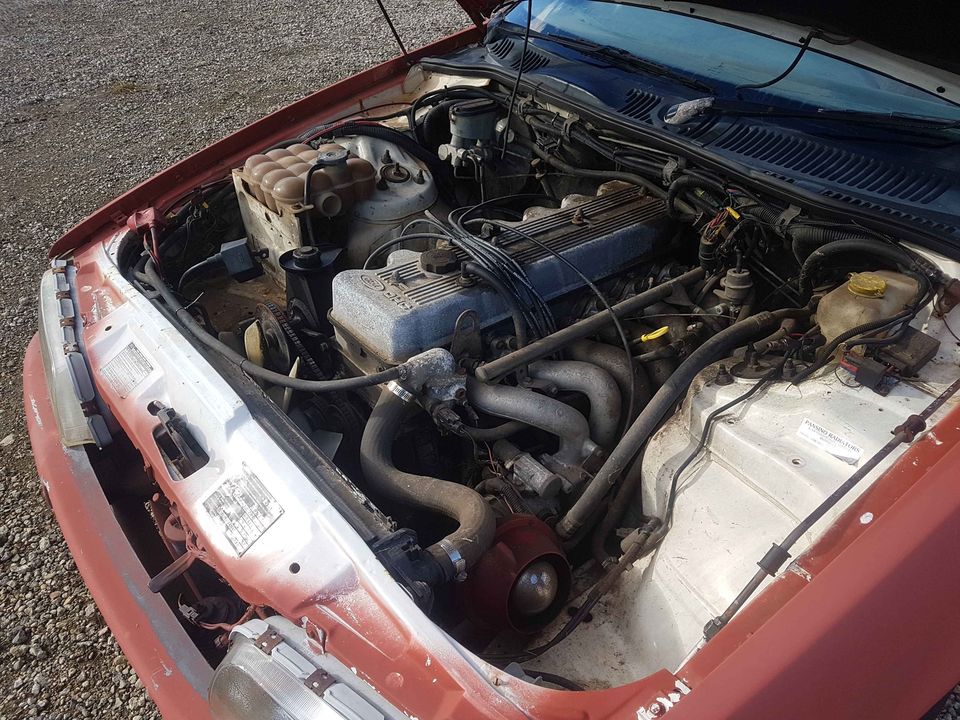 It’s likely terrifying to drive, but also something this writer is desperate to experience. The Ford sixes of the early 90s felt plenty powerful for the time, and that short wheelbase is sure to create some engaging handling characteristics at the very least. Keeping it in a straight line under braking is likely impossible, but who amongst us wouldn’t want to try?

The seller of this wonderful beast is looking for just $1,800 Australian dollars, though at the time of writing the sale is pending so interested parties may already be too late. Fear not, though. There’s always another enthusiast cooking up something crazy just around the corner.

$300 a day for fruit picking? Potential goldmine for Hawke’s Bay workers as growers up wages