According to Gleb Yushin, “most companies, universities, and national labs overlook” that.

Listening to QuantumScape, we had the impression that the main barrier to creating a solid-state battery was developing the right solid-state electrolyte. A study from Gatech (Georgia Institute of Technology) begs to disagree with that. The main obstacle to reach that goal would be cost. This is why the study believes to have found a way to make them commercially feasible with the help of low melting point ceramic electrolytes.

Glen Yushin is part of the team that developed the new strategy. Instead of using liquid electrolyte, the method they developed uses this molten ceramic electrolyte. When it cools down, you have a solid-state cell using mostly the same manufacturing processes of current lithium-ion cells. Companies could create cylindrical solid-state batteries with this approach. 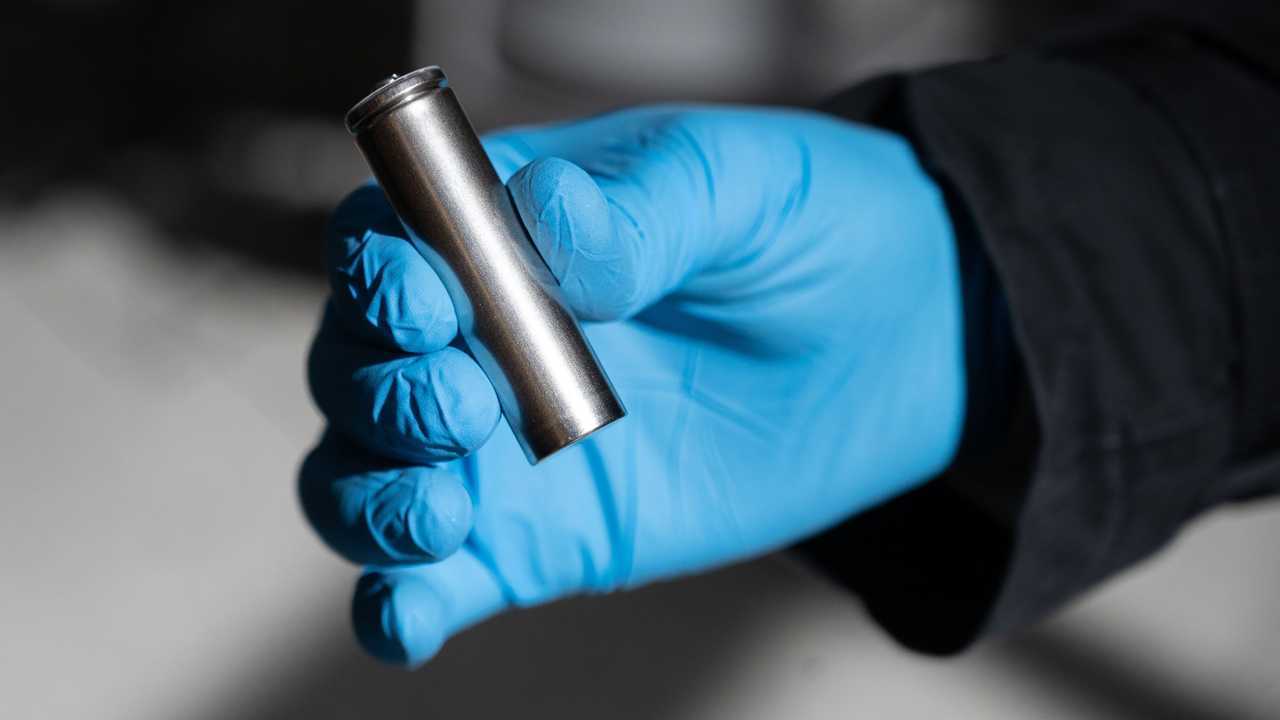 InsideEVs asked Yushin about the solid-state electrolyte, but he stressed it is not the most important part of his study.

“It’s not sufficient to have the ‘right’ solid electrolyte. To remain competitive in performance and price with conventional Li-ion cells, the all-solid-state batteries need to offer (i) low cathode charge transfer resistance, (ii) minimal mass and volume fractions of solid electrolyte in the cathode, (iii) rapid and inexpensive production (without lengthy high temperature/high-pressure processing in inert environment) and (iv) high manufacturing yield. These are not ‘trivial’ tasks that ‘scale-up engineers can easily accomplish.’ These are rather huge, fundamental issues with solid-state cells that most companies, universities, and national labs overlook.”

That is why Yushin thinks low melting point ceramic electrolytes could be the answer for a commercially viable solid-state battery. Yet, he made it very clear that he is not focused on the best one but rather on the method he and his team developed to produce these cells. 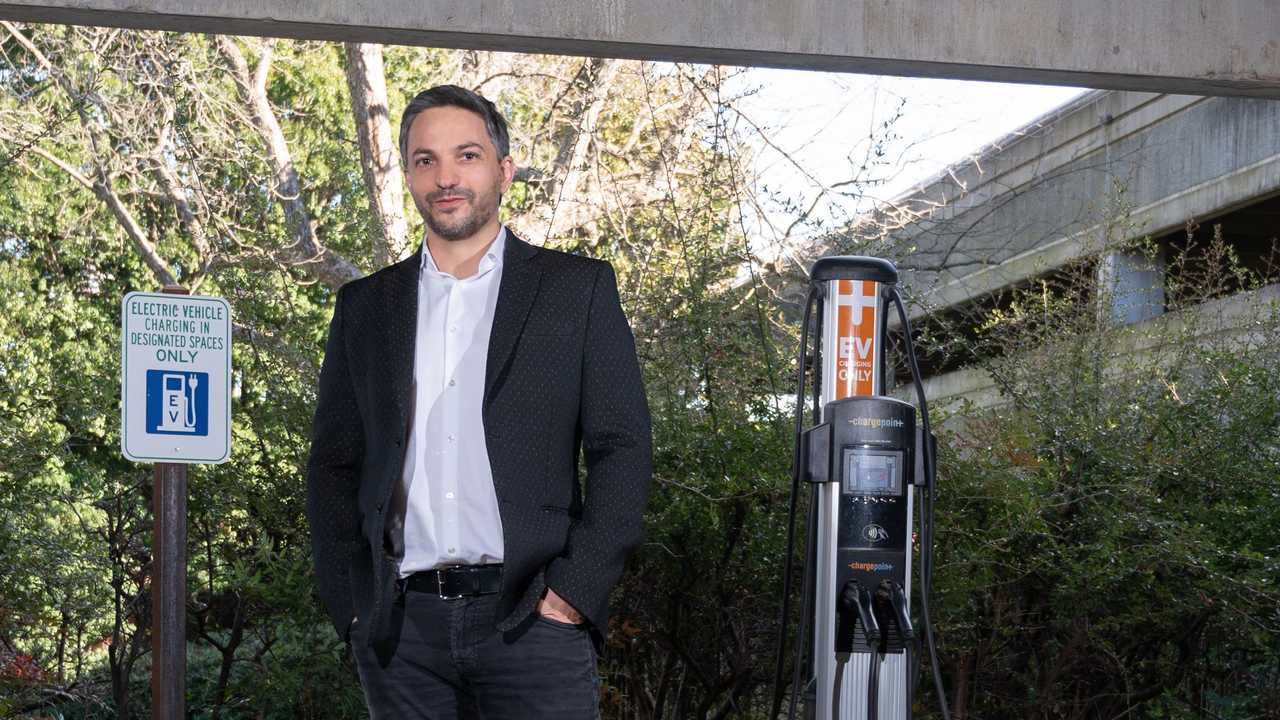 Yushin’s concern with weight comes from the use of garnet and sulfides. Solid Power uses the latter in its cells. QuantumScape did not reveal what its ceramic electrolyte is made of.

“Most companies use one of the two types of the solid-state electrolyte – either garnet (oxide-based) or sulfide-based. Both can work with lithium metal to certain degrees (if processed extremely carefully without pinholes and ideally in a glassy state without grain boundaries that may initiate lithium penetration and solid electrolyte cracking during cycling). Both have relatively high conductivity. However, both are not practical (in my humble opinion) for different reasons. Garnet is extremely heavy (five times heavier than conventional liquid electrolytes) and difficult to process at low temperatures. It cannot be used in all-solid-state cells (only in combination with liquid electrolyte in the cathode). Sulfide is toxic, very reactive, and not compatible with existing factories.”

The low melting point ceramic electrolytes Yushin and his team are testing avoid both elements. According to the researcher, that’s why they look so promising.

“There are quite a few more electrolytes under investigation to be reported in the future. For the proof-of-concept demonstration reported in Nature Materials on March 8, we showed around 100 cycles with the first and around 1,000 cycles with the second electrolyte. The key breakthrough is not the electrolyte performance but the ability to ‘drop-in’ the ‘right’ solid electrolytes into the conventional manufacturing process where production is rapid, and the volume fraction of electrolyte matches that of liquid cells.”

With such advantages from a production point of view, the researcher prefers not to focus on the electrolytes per se nor the other battery components at this point.

“The cell energy density is determined by the cell size (the larger the cell the smaller is the edge effect and the fraction of packaging), active materials used (anode and cathode), electrolyte density, and volume fractions within the electrodes and cell. Our reported cell production process is compatible with a broad range of conventional electrodes (intercalation-type NCM cathode, graphite anode, etc.) and next-generation conversion-type electrodes (e.g., S-based cathode and Li-metal anode demonstrated in case of the lithium borohydride electrolyte). The cells were tested in coin cell configurations with packaging taking 90 percent of the weight and volume. The loading, foils, density, etc. were not optimized as well, so I am not sure if it makes sense to discuss energy density. But I can state that the energy density at the production-ready stage will be higher than that of any other solid-state cell with the same anode/cathode chemistry because of the much smaller volume fraction of the solid electrolyte and its much lighter weight.”

More than proposing a new method to achieve the solid-state battery, the Gatech study wants to propose a different discussion on the challenges they still have to solve.

“I think your readers would appreciate a candid discussion on the real challenges with large-scale production of solid-state cells and a balanced look at their benefits and shortcomings without hype. Bosch and Fisker have given up on solid-state because their cost-competitive production is an enormous challenge they could not overcome. Others may follow unless their R&D focus will switch to more practical approaches and electrolyte chemistries, such as those described in our paper.  Better battery technology and a way to form solid-state batteries (leading to lighter, safer and more energy-dense batteries) clearly benefit both the industry and ultimately, EV drivers.”

We’re sure they will.

Bass Not Bumpin'? Here's What To Consider When Installing Car Speakers

RESIGN! Varadkar told he must quit as deputy PM after leaking of medical document -poll