The vehicle we can see best is Chevrolet’s BET – Battery Electric Truck.

The first news we had from GM at the 2021 CES surprised everyone. After all, BrightDrop intends to compete with the Rivian electric delivery vans even before they hit the market. Despite that, GM would probably have attracted more attention if it decided to show in more detail the six electric vehicles Michael Simcoe teased behind the GMC Hummer EV.

The video above is just a fragment of the one GM released for the 2021 CES. Yet, it is from that part that we have extracted the images you can see here, both in their original shape and with the help of a picture editing software. The edited images reveal these six electric cars and the more visible one is the Chevrolet BET (Battery Electric Truck). 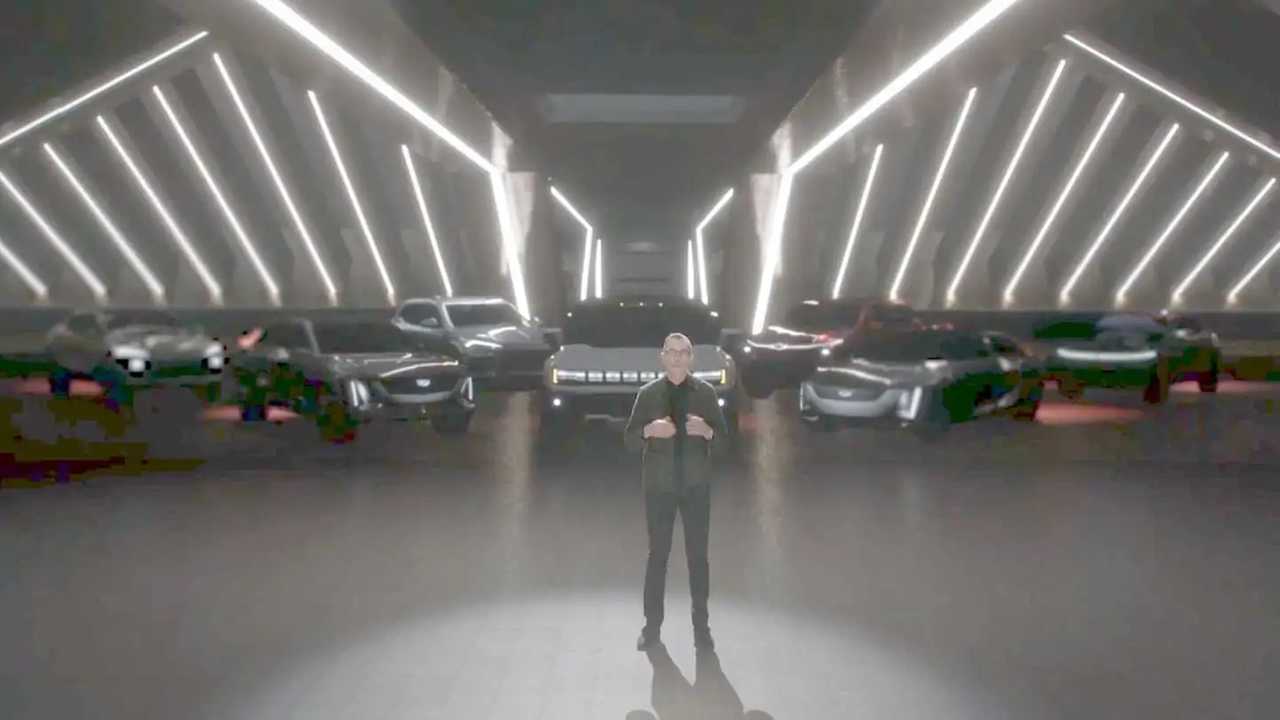 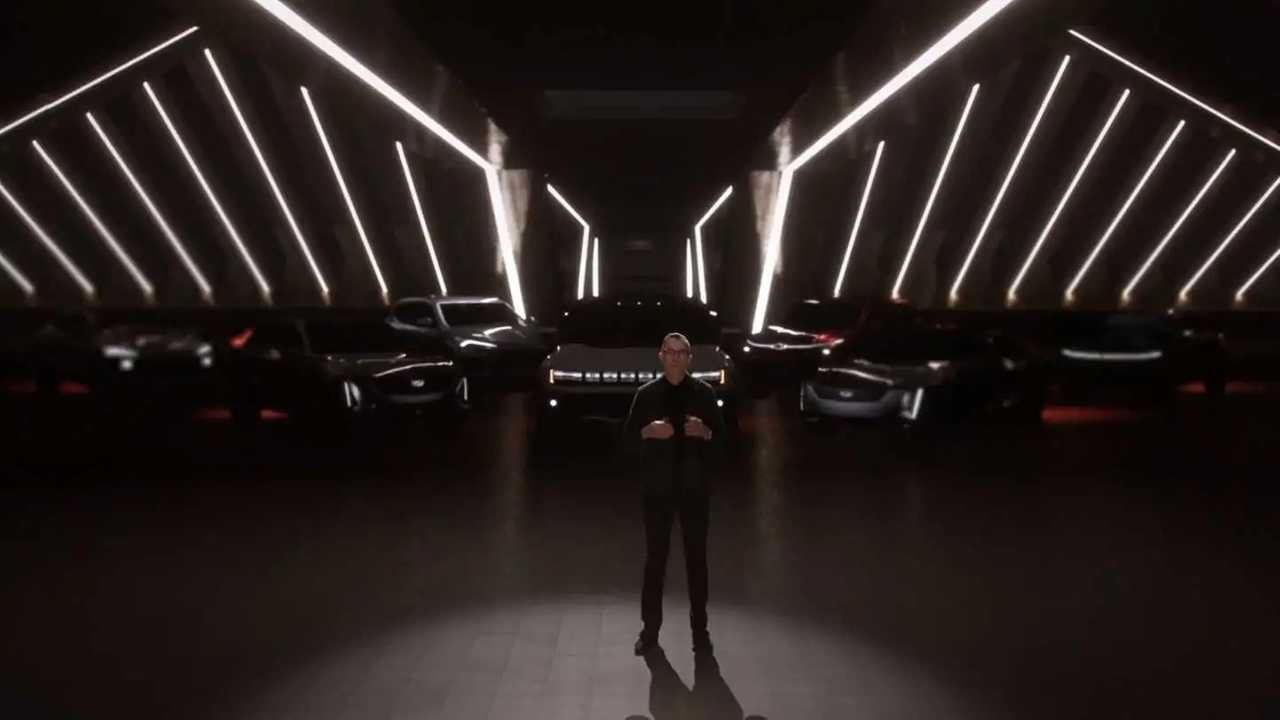 We have already spoken about it when it made its first appearance in a video with Travis Hester. At that time, we were not sure if the future electric pickup truck behind GM’s Chief EV Officer would be an electric Silverado – like Ford plans to do with the F-150 EV – or if it would be a unique offer in Chevrolet’s lineup.

The images present a light bar that goes from one side to the other on the front and highlights a luminous bow tie in its center. More than that, it confirms the electric pickup truck will probably not be a version of the Silverado. The only chance that this is the case is if it inspires a new generation of that pickup truck with a more fluid design. 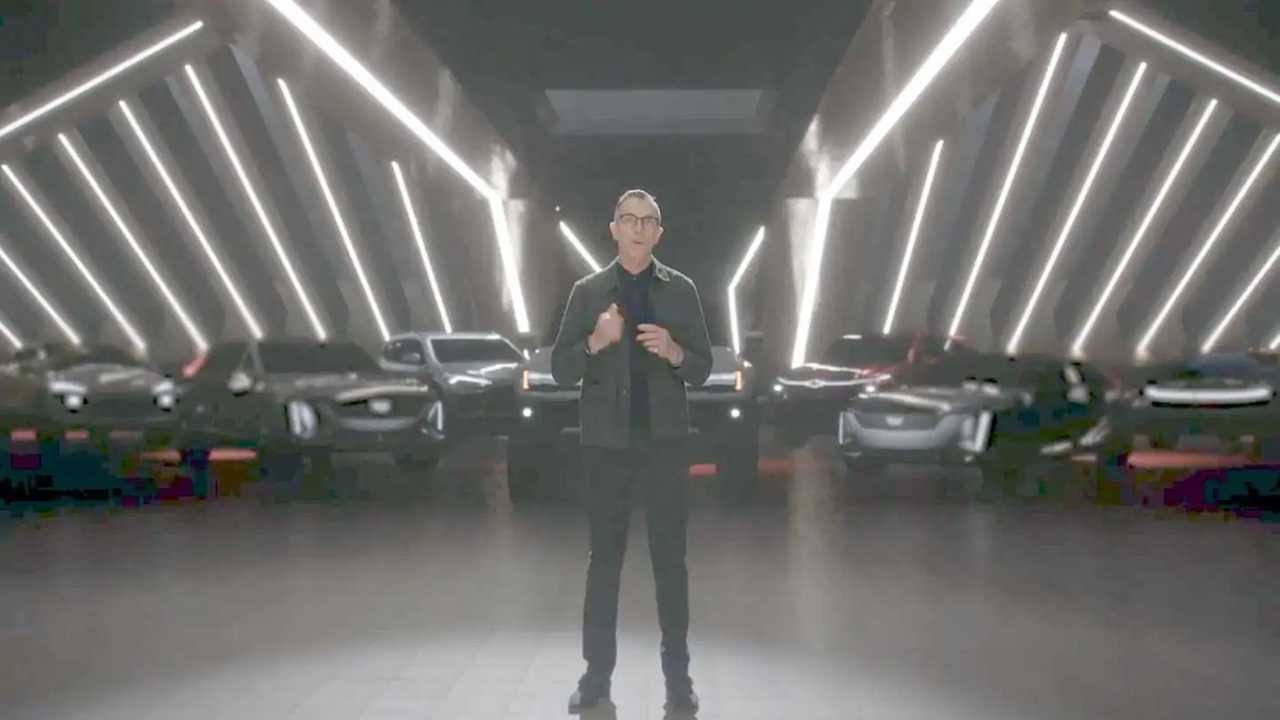 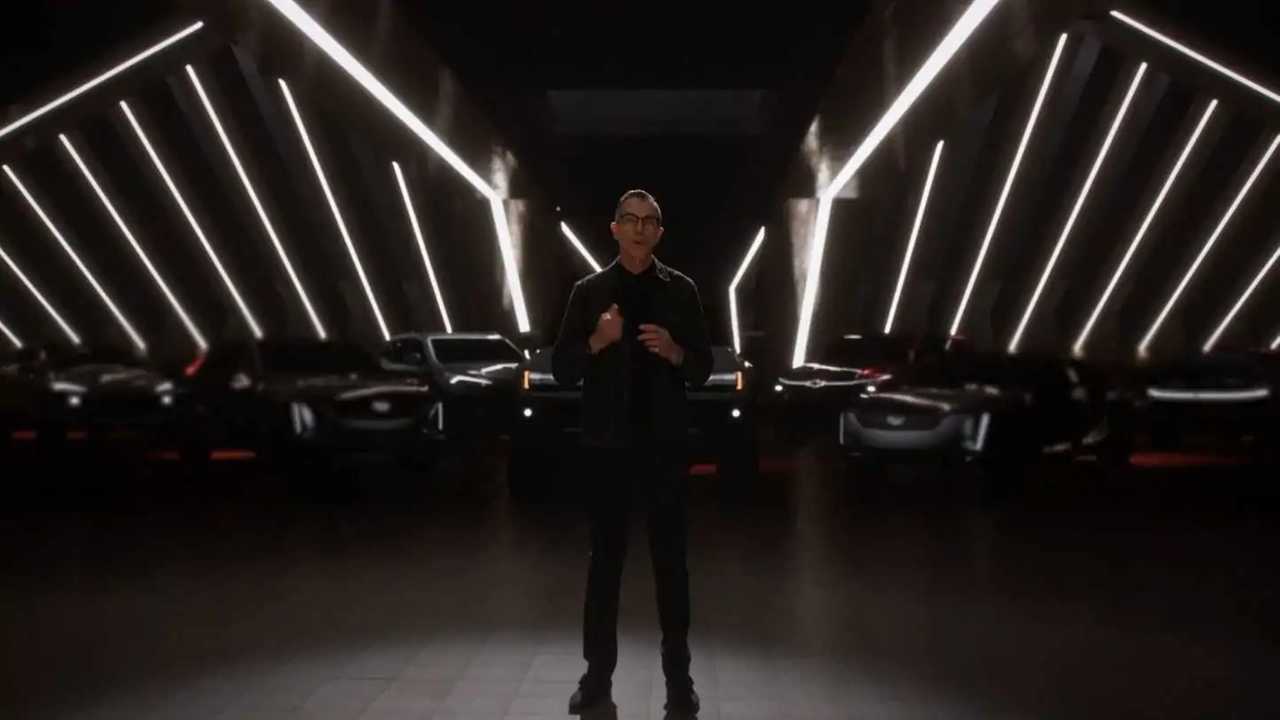 The other vehicles presented behind Simcoe are the Cadillac Celestiq and Lyriq, which are side by side with the Hummer EV. On the left, we can see two vehicles that bear the same signature lighting. They are from Buick, as the designer clarifies.

It is not clear if they will be sold in the US. Buick is a strong brand in China and the sale of these EVs is only certain there, where they will be part of the Velite family. If we were to take a guess, we would say it is not unlikely that they are also sold for American customers. The sixth vehicle – on the right of the picture – is a complete mystery with its single and simple light bar at the front. It reminds us of a rounder Cybertruck.

According to Simcoe, electric cars represent the biggest design change since the 1920s, when Harley Earl “pioneered the idea that design could create an emotional connection with the vehicle.” Curiously, this is precisely what Chris Bangle said he wanted to rescue with a recent electric design, the REDS.

In GM’s case, Simcoe believes an electric car design does not have to scream that the vehicle is powered by electricity. The company would intend to “draw a line in the sand” with its new EVs. At this point, the designer revealed that GM will have “three main architecture configurations” for the Ultium platform “to be used across Chevrolet, Buick, GMC, and Cadillac.”

Simcoe promised the GM design team will be able to develop a “full vehicle lineup in record time” thanks to the versatility of these architectures. The company already said it will reveal 30 EVs until 2025 and the designer anticipates they will be “full-size pickup trucks, compact crossovers, and even high-performance vehicles.” Would that be the case for the mysterious car on the right? Although it looks like a crossover, that could be the case.

Gallery: Check Out The Six EVs GM Teased At The 2021 CES Beside The GMC Hummer EV