We knew the F1 GTR equivalent of the GMA T.50 was coming, and it’s now been revealed to be named in honor of triple world champion Niki Lauda. Gordon Murray’s T.50s track special, as expected, does not disappoint. In fact, while limited to just 25 units, the T.50s Niki Lauda comes with such a remarkable spec sheet that this side of attacking the track in a Formula 1 car, it should be nearly impossible to match its performance.

The list of wow factors begins with a power-to-weight ratio of 823 horsepower per tonne, only to continue with a rear fan that goes to maximum downforce mode at all speeds above 50 miles per hour. All GMA T.50s Niki Lauda models will be individually named after F1 victories of Murray designs, starting with chassis 01, the 1974 Kyalami (South African Grand Prix, Brabham BT44) car. 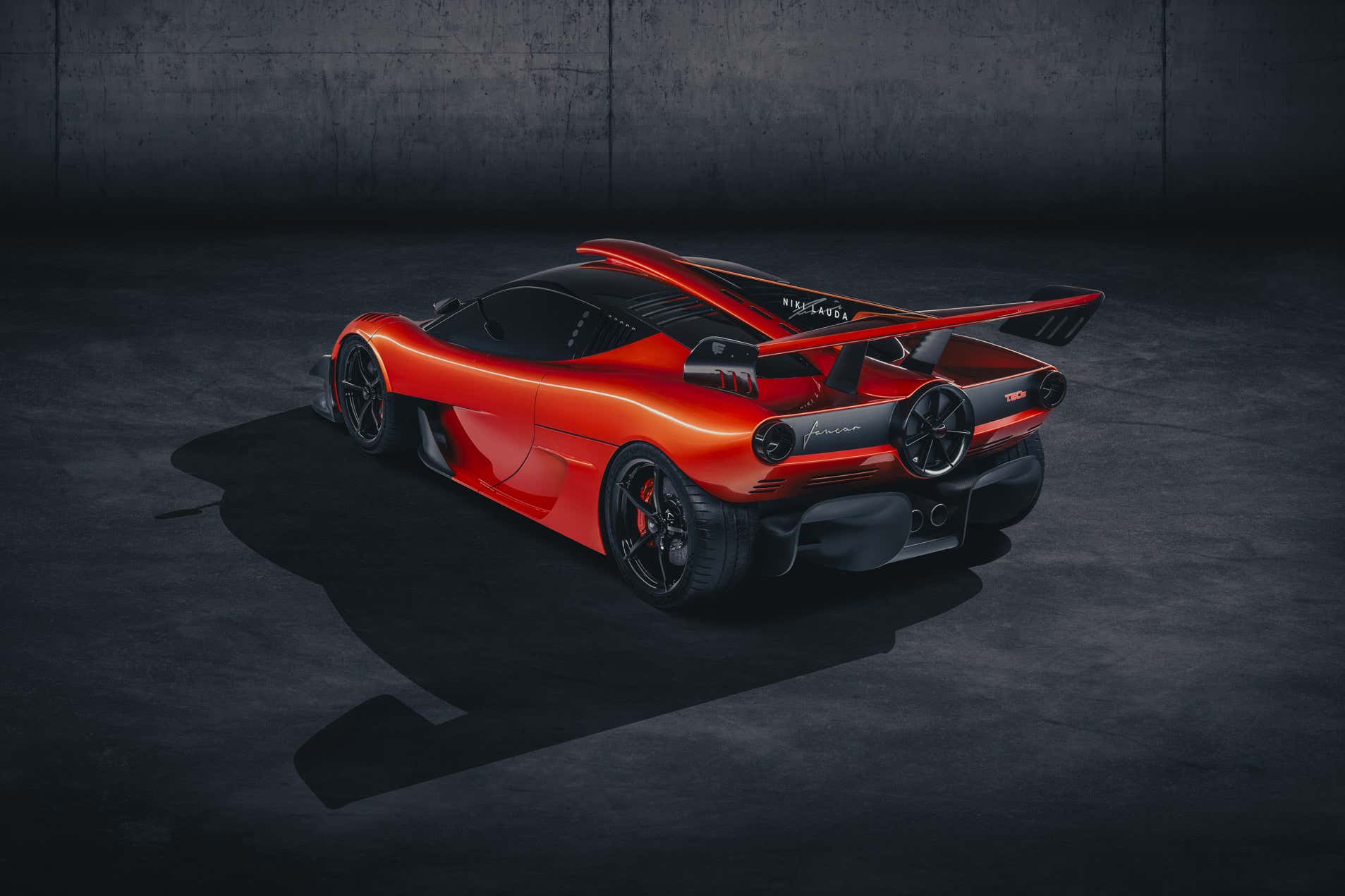 Gordon Murray says the T.50s project began some 18 months ago, and instead of just being a track-happy version of the road car, it’s been a parallel design development. That translates to more aggressive aero changes instead of just add-ons, and 317 pounds shaved from the road car. The 4.0-liter Cosworth V12 is actually 35 pounds lighter in the Niki Lauda editions, while the six-speed manual gearbox is replaced by Xtrac’s six-speed IGS paddle-operated race box. With a base price of $4.35 million and an optional passenger seat, production is scheduled to start in January 2023.

With no body panel carried over from the “regular” T.50, the T.50s features a dominant central fin to enhance stability wearing Niki Lauda’s logo, along with a delta-shaped fixed wing paying tribute to Murray’s 1983 Brabham BT52. Further enhancing the 15.74-inch fan’s effect is the truly massive active diffuser.

Meanwhile, ground effect at the front is boosted by barge boards sculpted to improve airflow to the side ducts, an LMP1-style splitter, and Koenigsegg-rivalling dive planes. Despite Gordon Murray repeatedly referring to his Brabham fan car as a “blunt instrument,” the rear grille features a “Fan Car” script next to the T.50s logo. 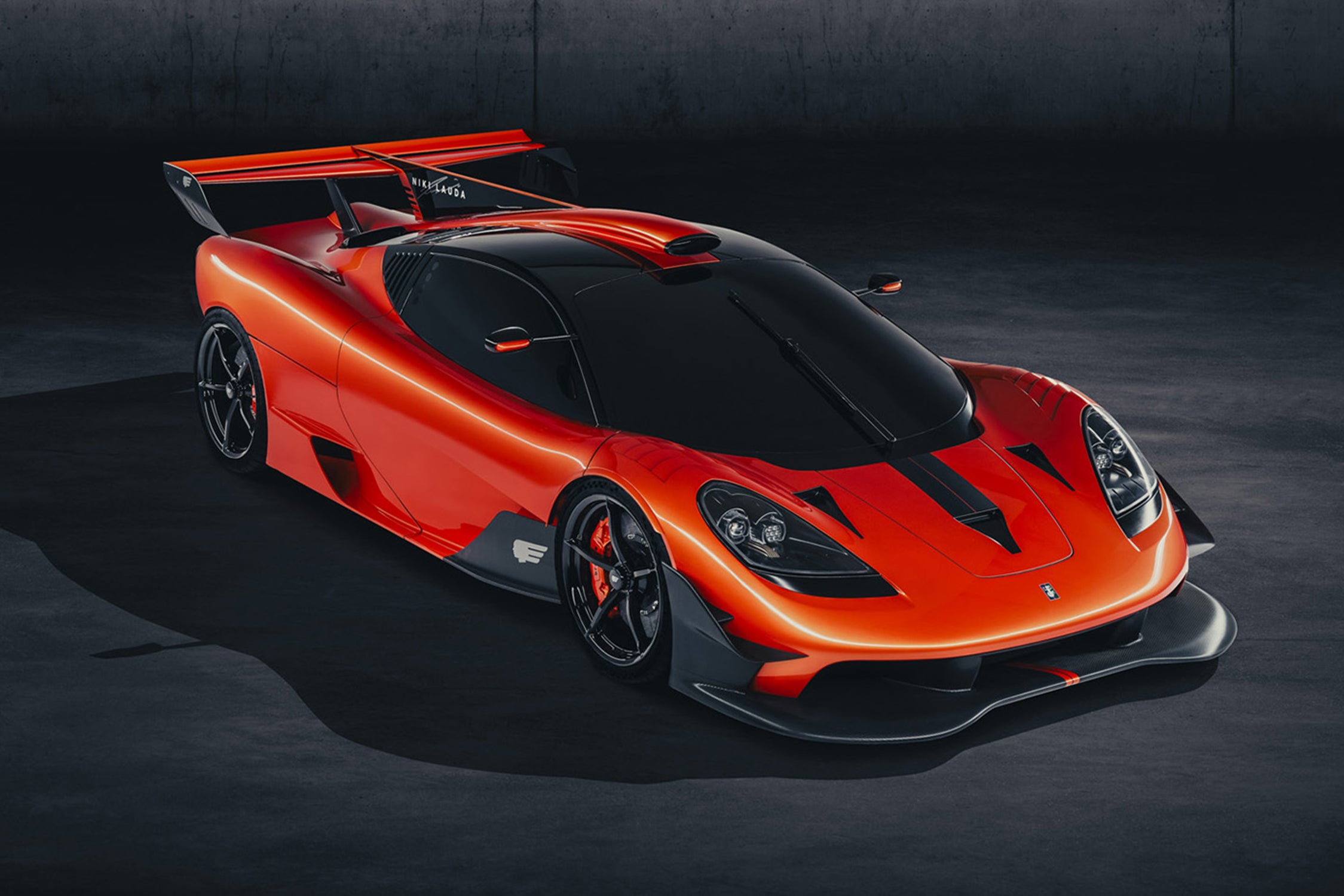 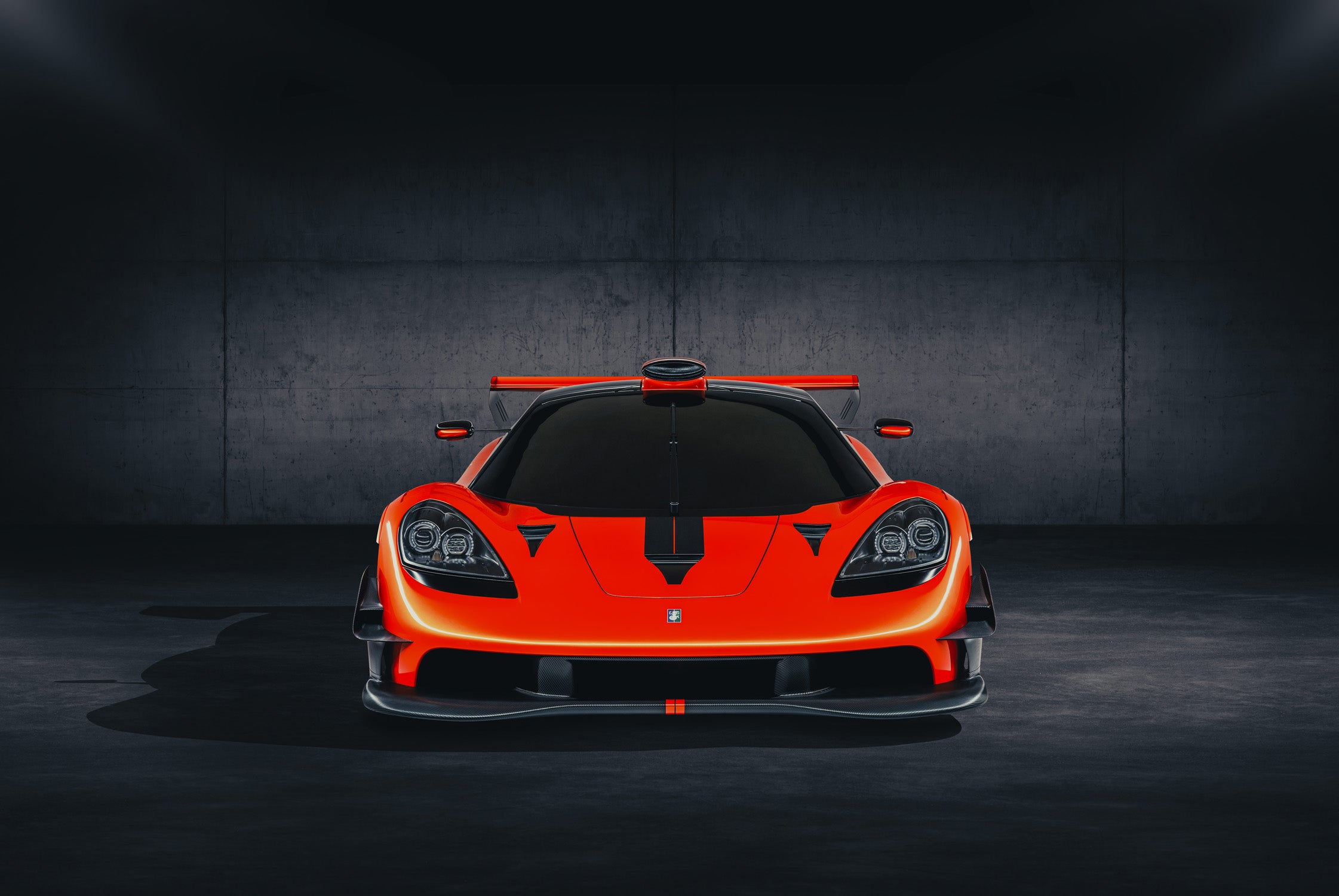 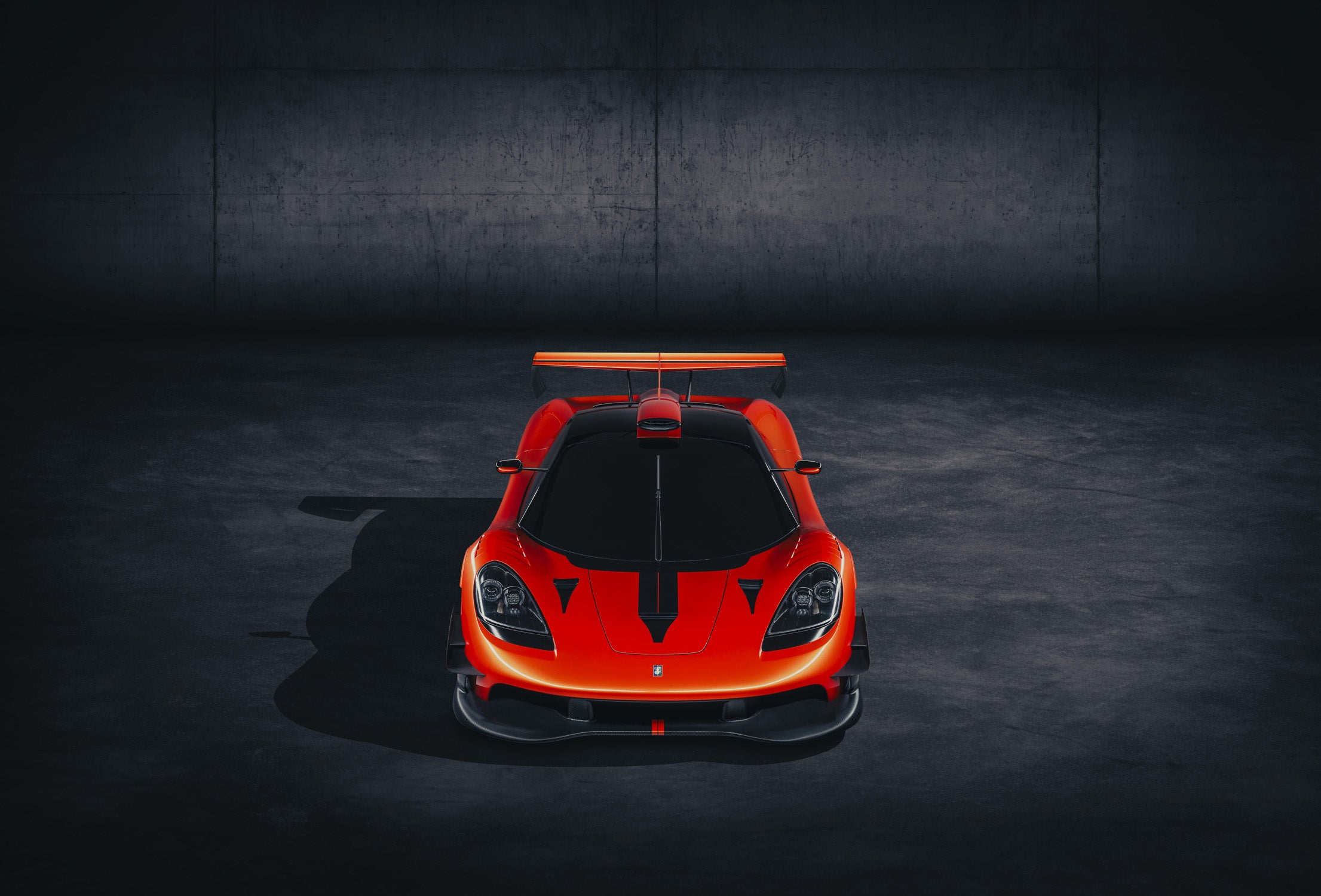 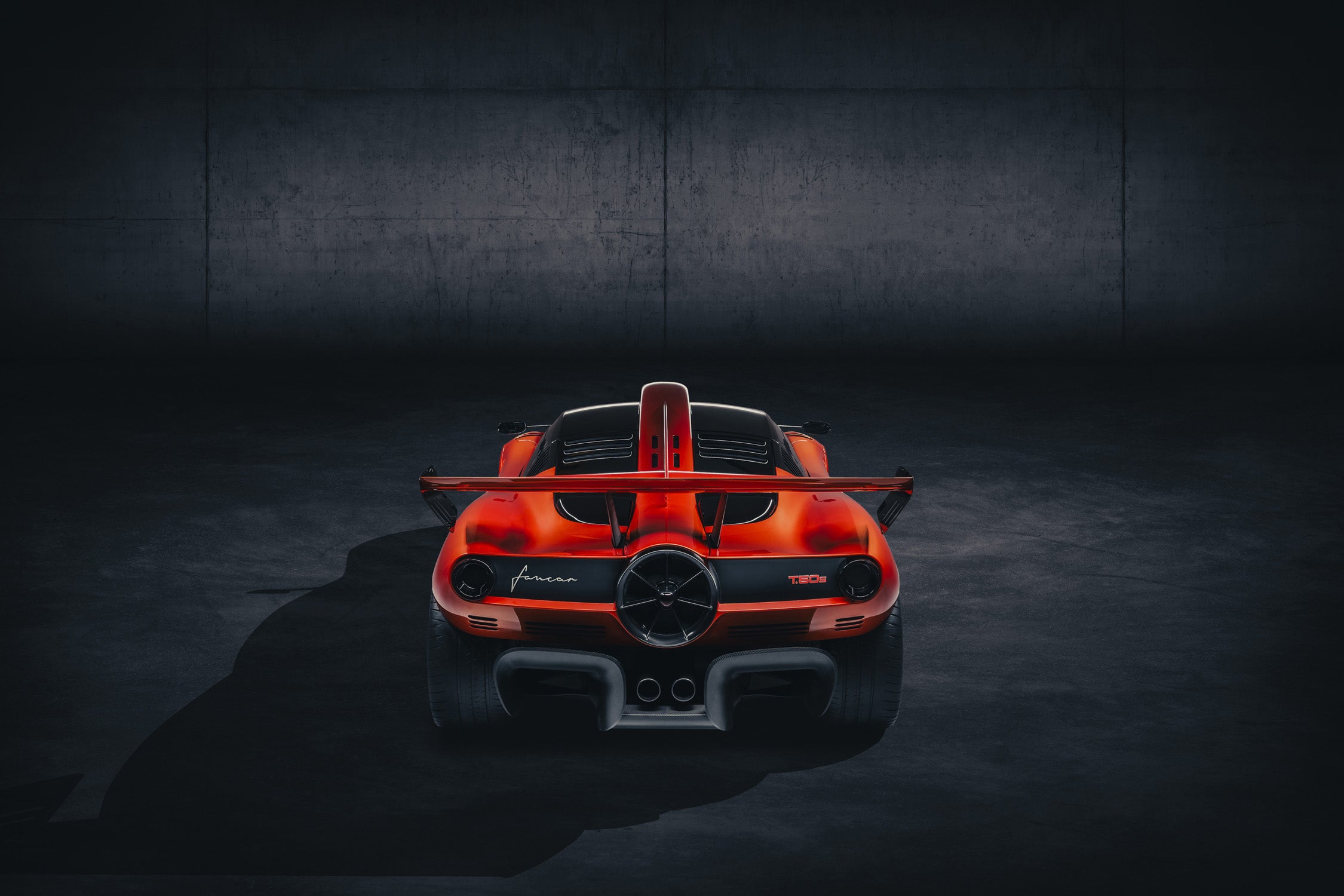 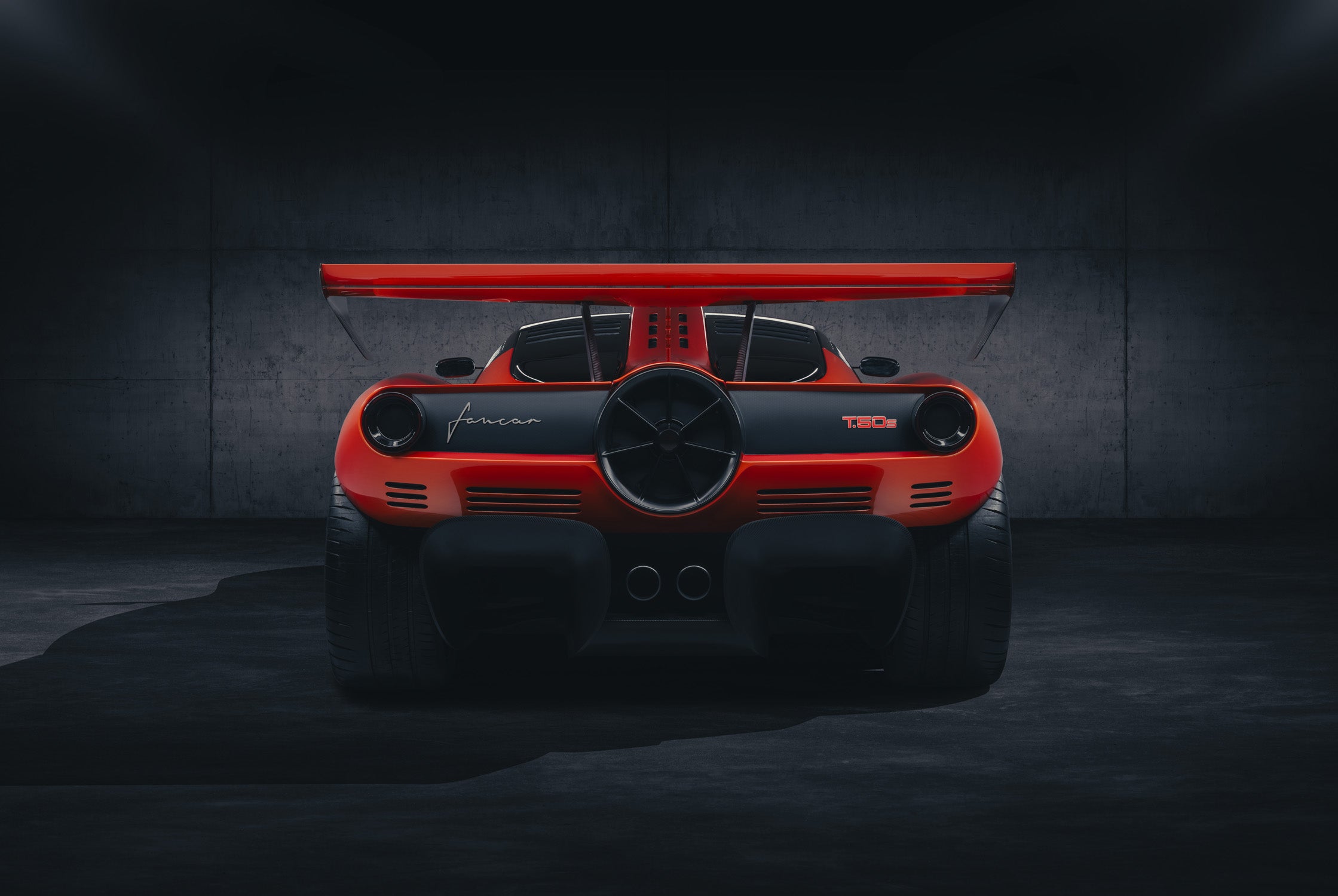 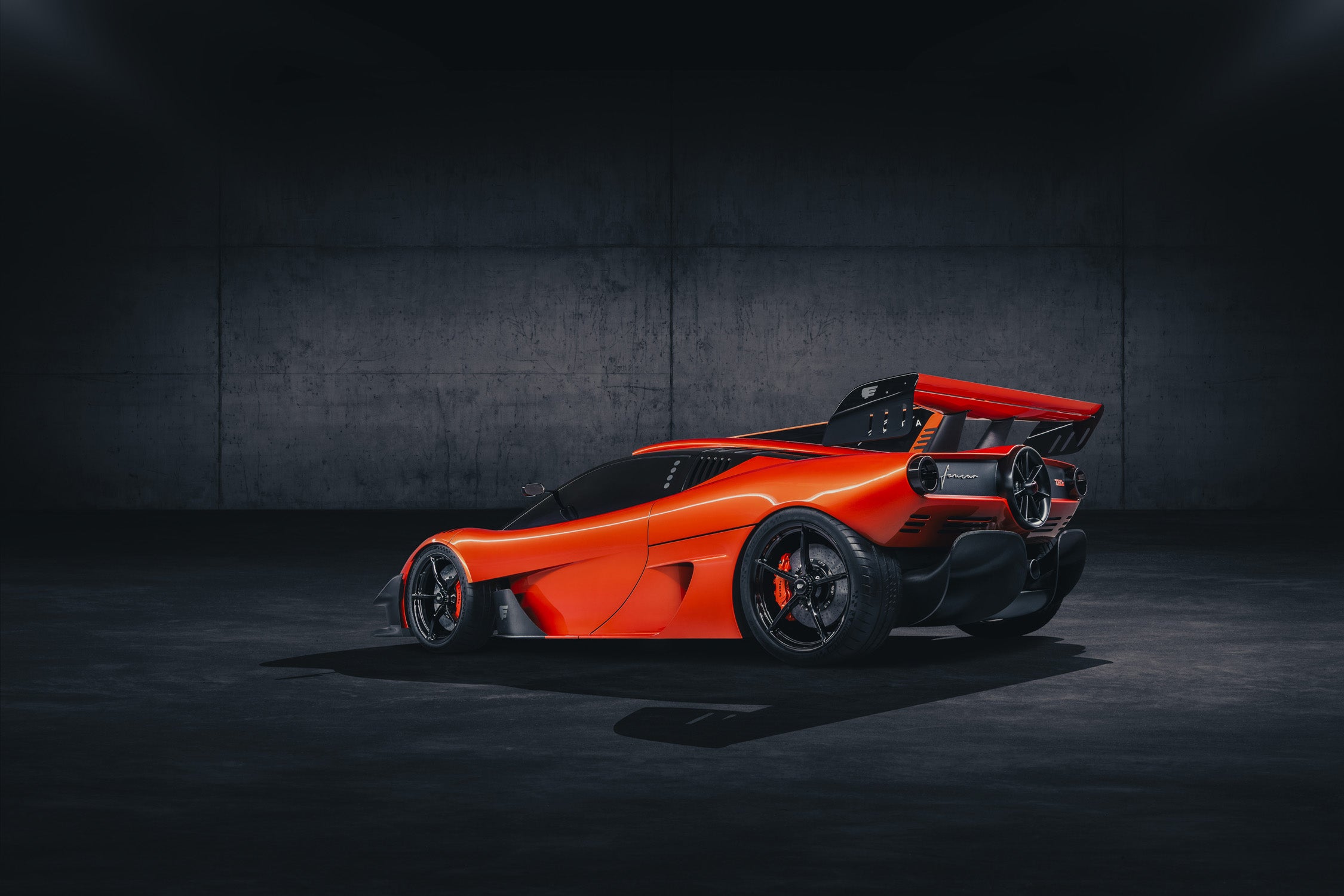 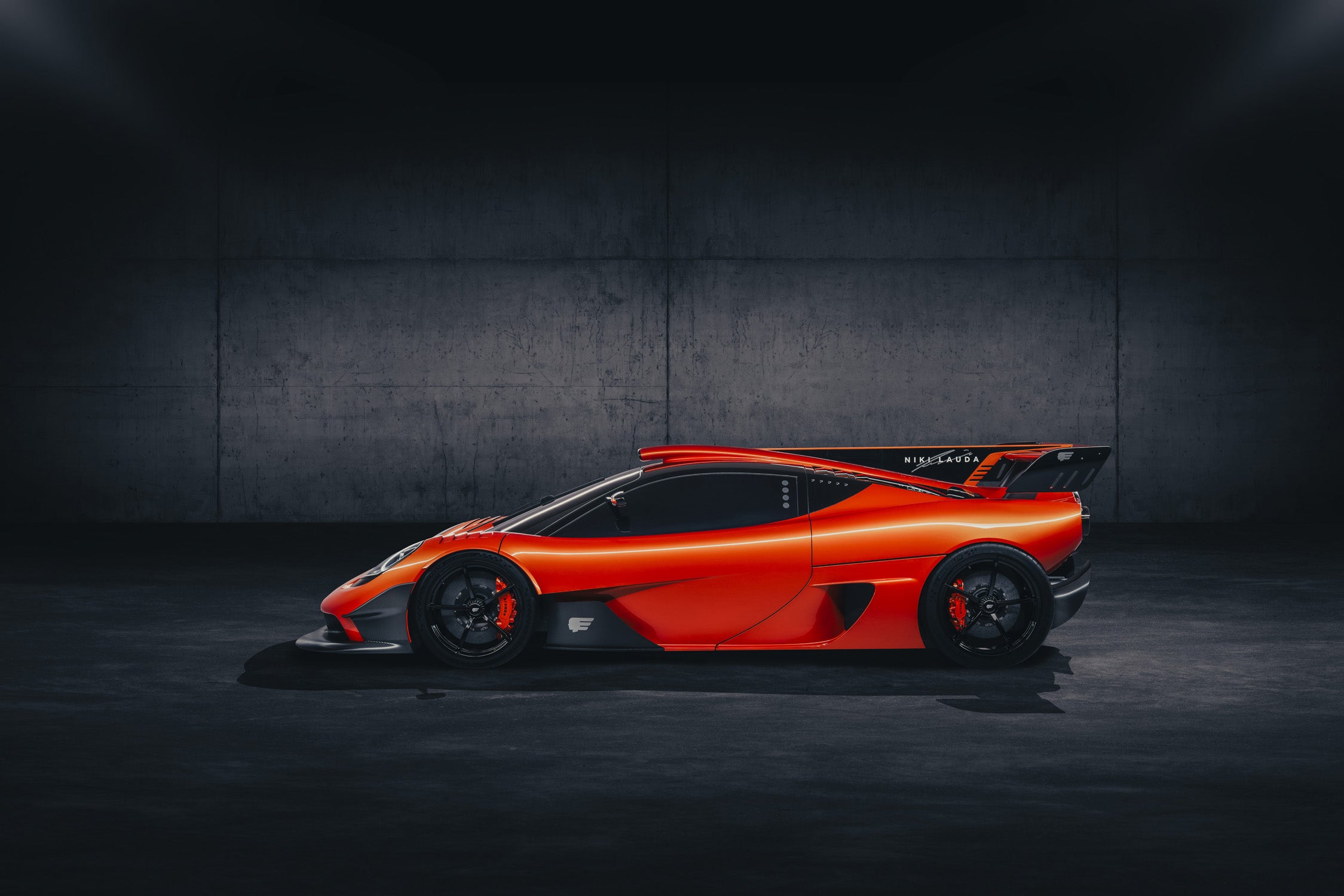 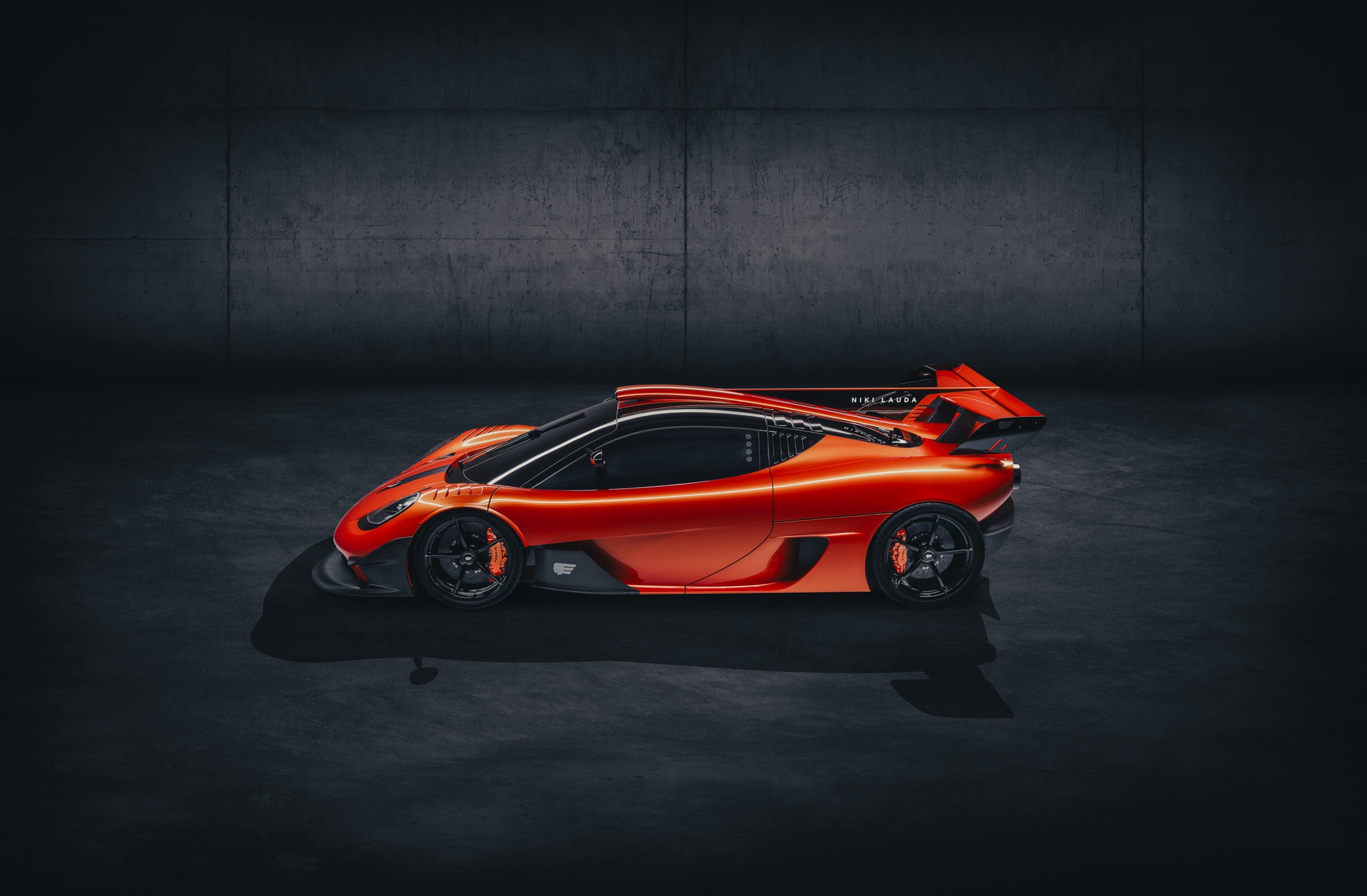 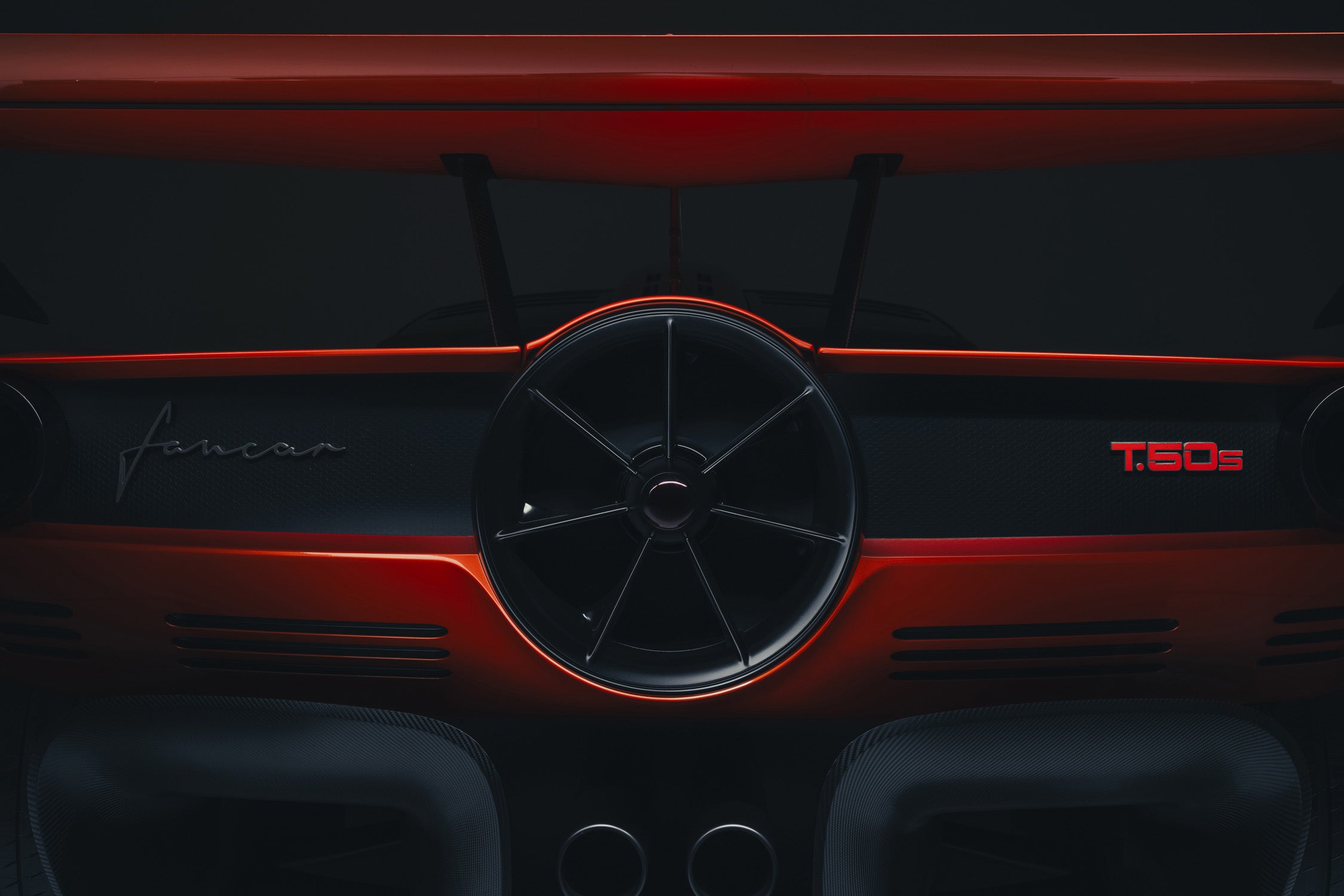 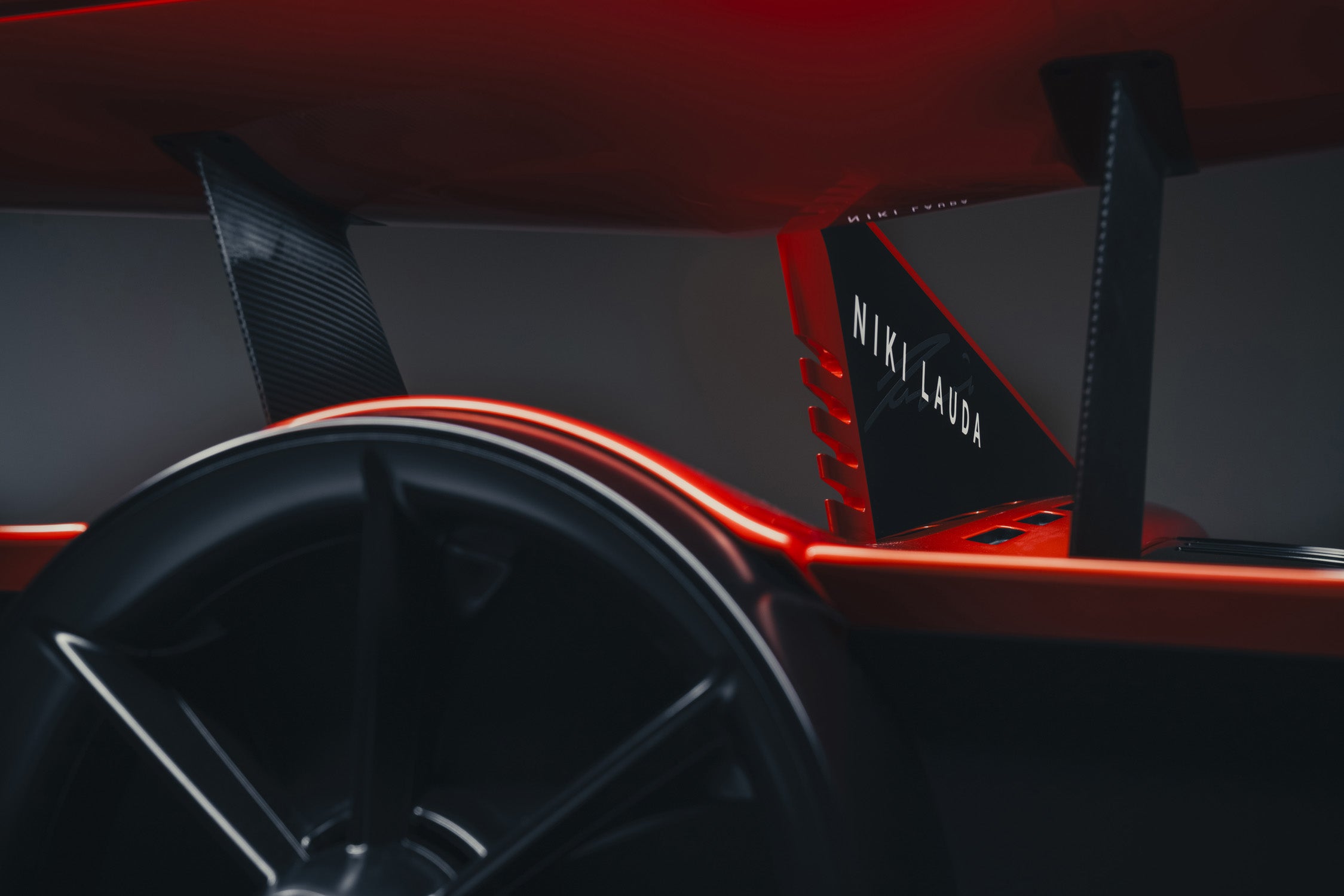 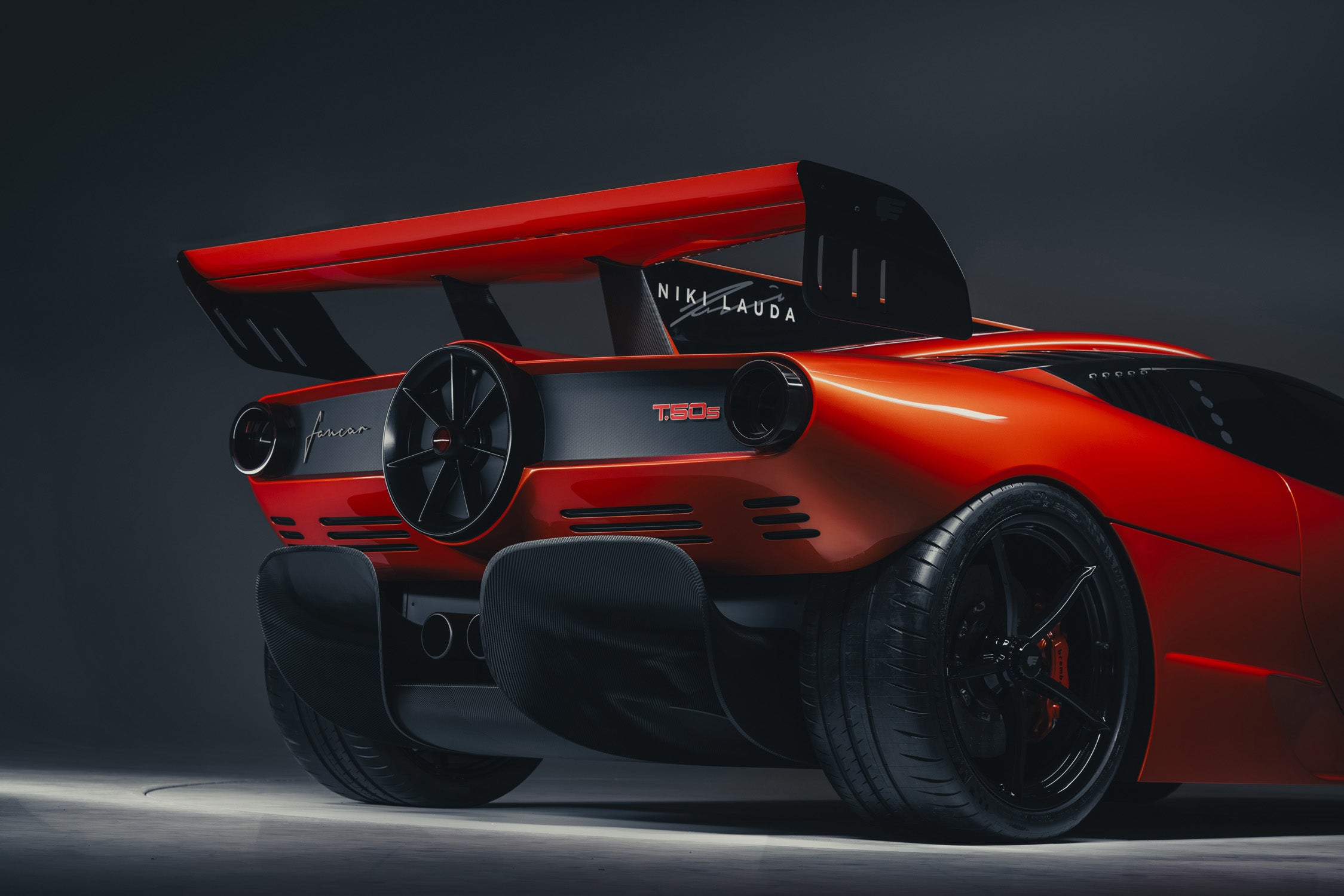 Still revving to 12,100 rpm, the Cosworth V12 of the T.50s Niki Lauda comes with revised cylinder heads and camshafts, plus a higher compression ratio of 15:1. GMA says weight-saving measures extend to the intake, exhaust and control systems, as well as the engine itself. All the valves are made from titanium, and there is no variable valve timing because this car is always in full attack mode.

A simpler induction system features 12 throttle bodies on top of the engine, fed directly by that racing-style air box. The exhaust system does without catalytic converters, has thinner Inconel walls, and, with only track noise limits to meet, benefits from smaller silencers.

The result is a specific output of 178 horsepower per liter for a total of 701 horsepower at 11,500 rpm, and 357 pound-feet of torque at 9,000 rpm. With the even bigger roof-mounted RAM induction airbox, maximum output goes up to 725 horsepower. GMA goes on to say that “right through the rev-range, it promises to be one of the greatest and most characterful sounding cars ever made.” 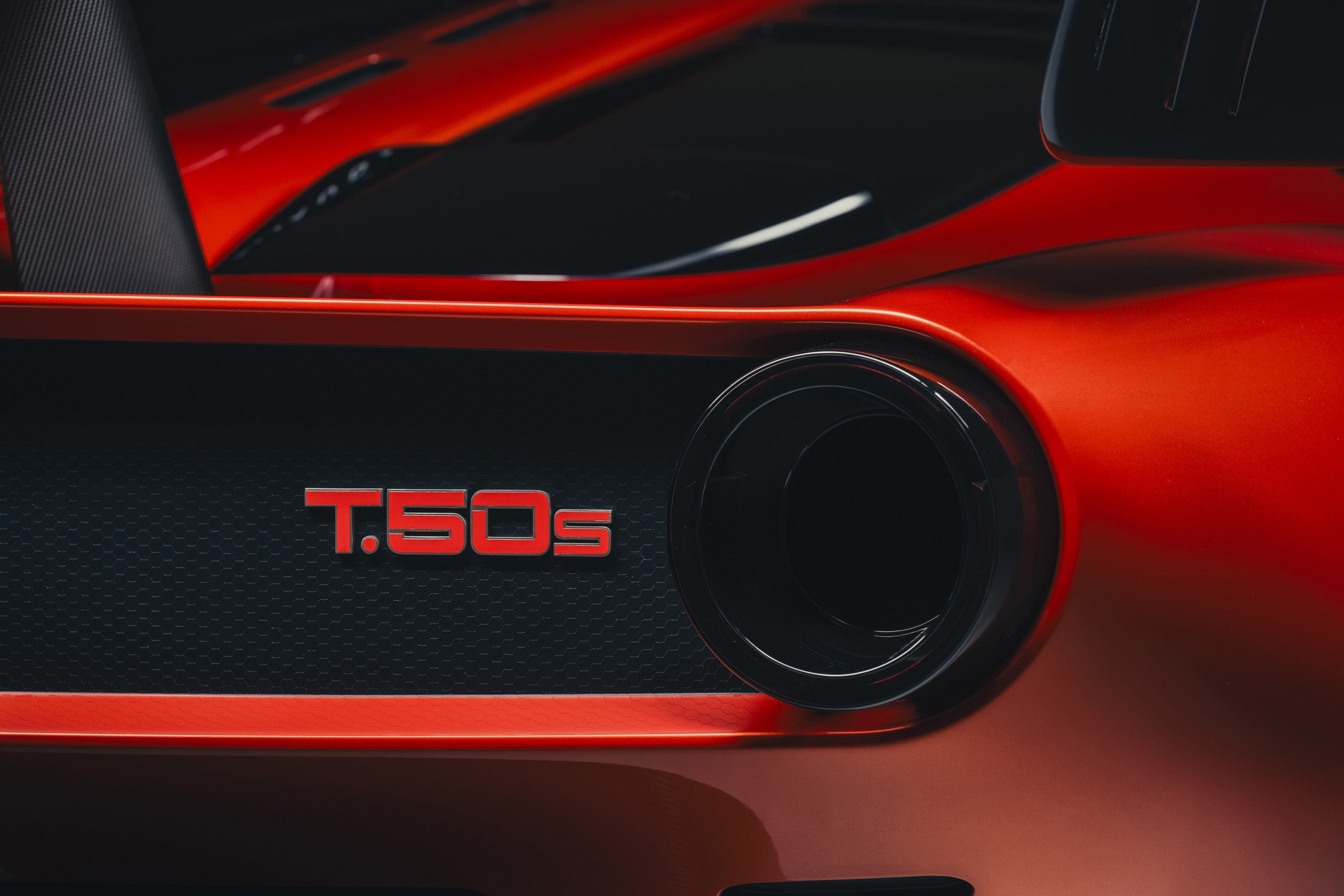 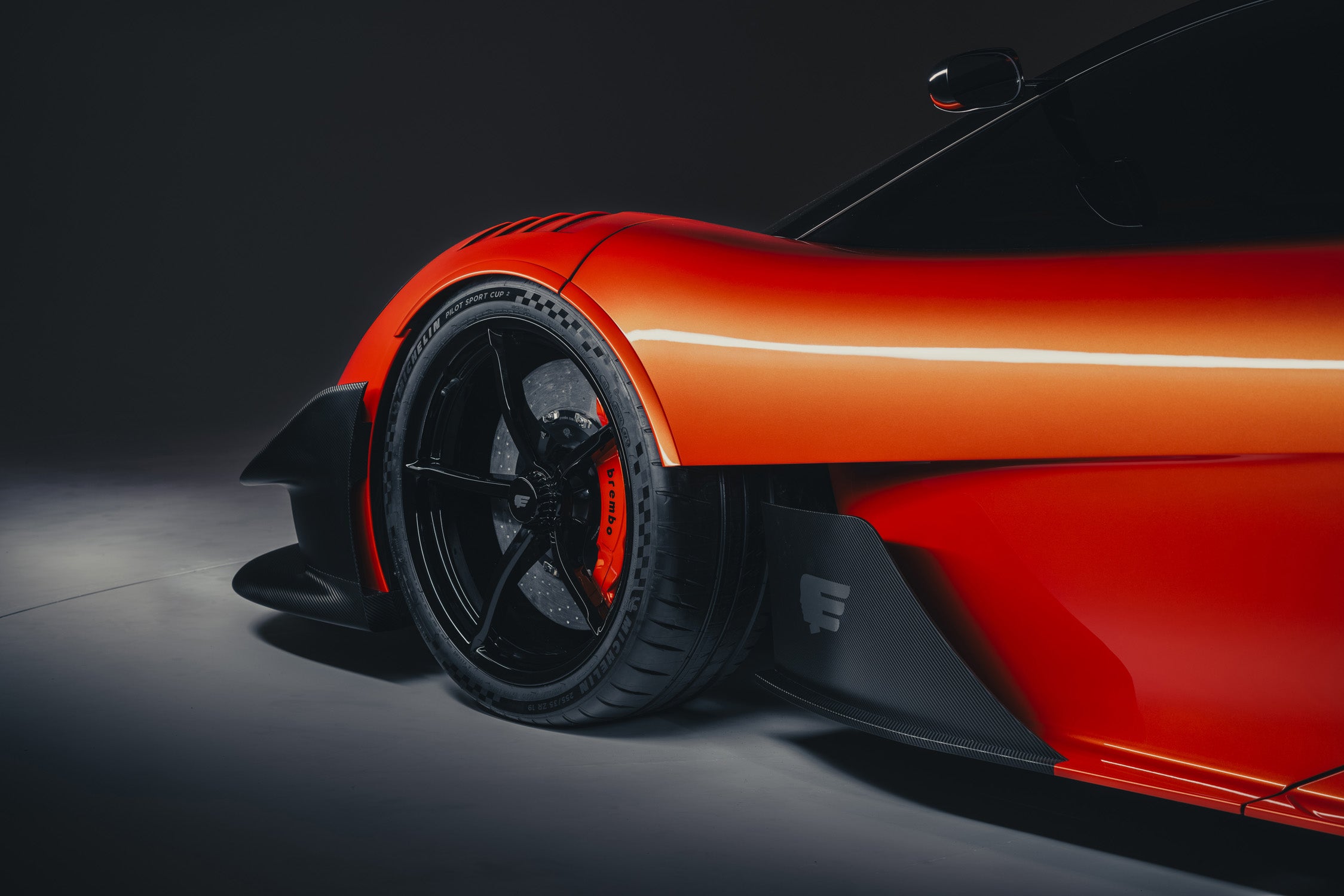 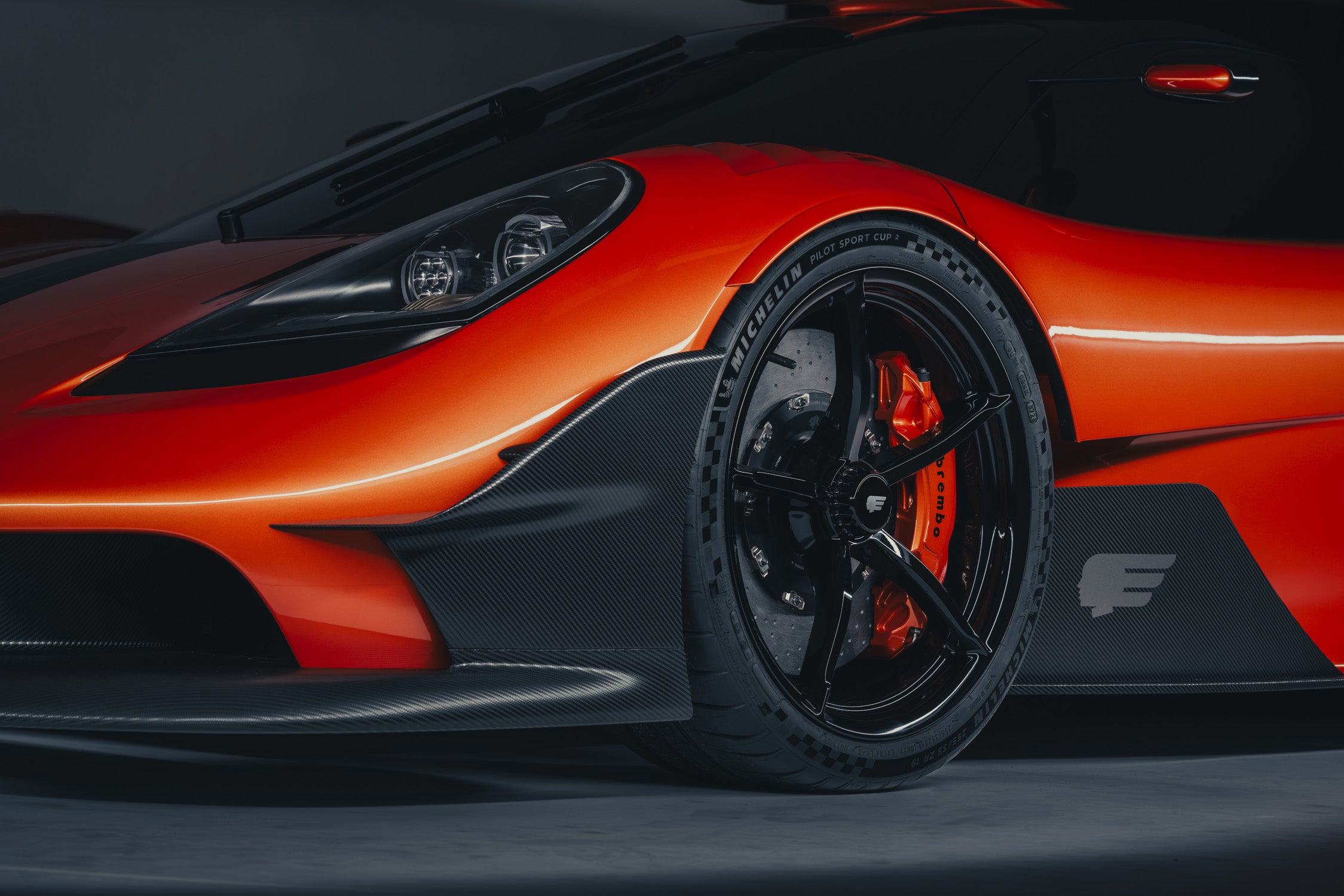 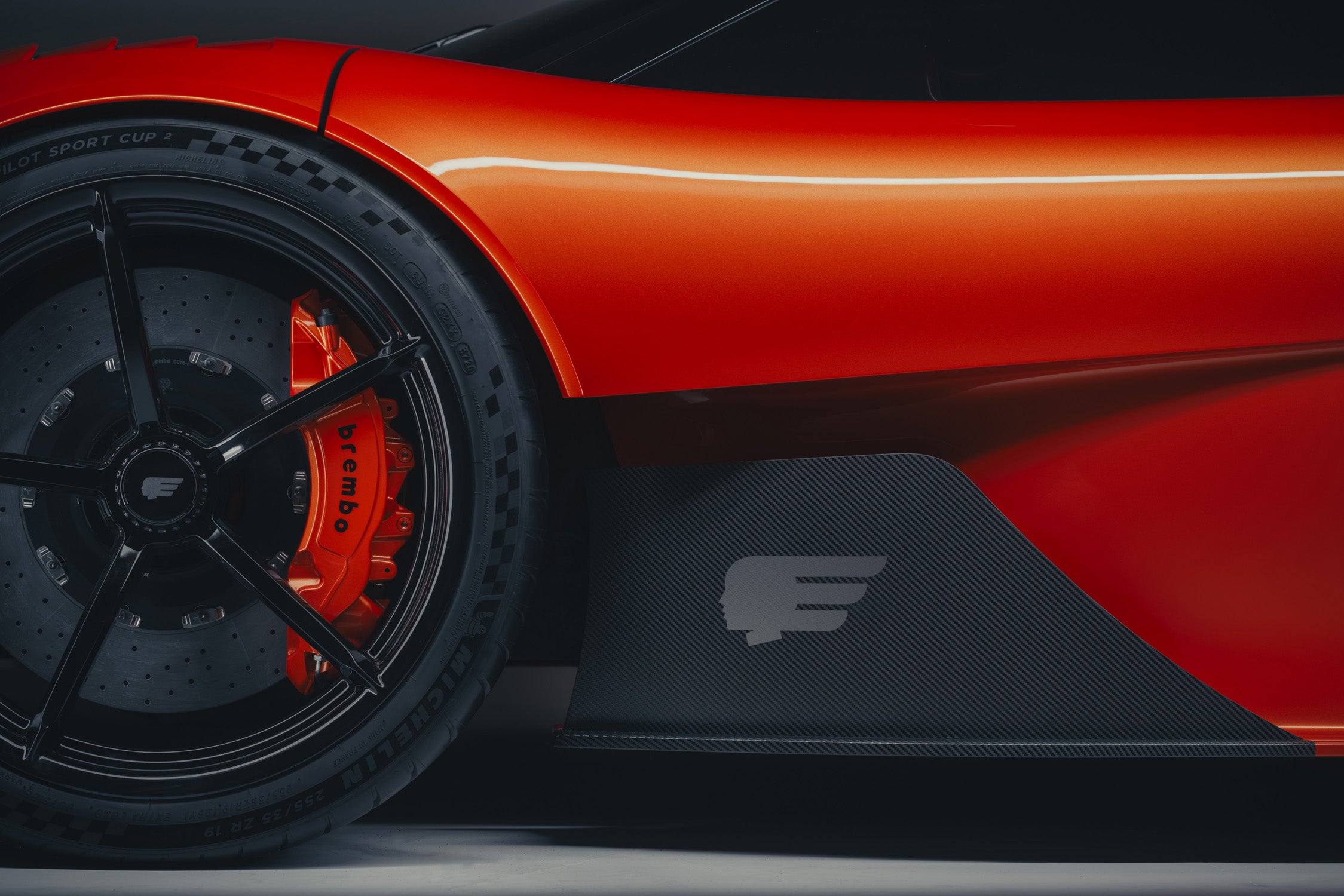 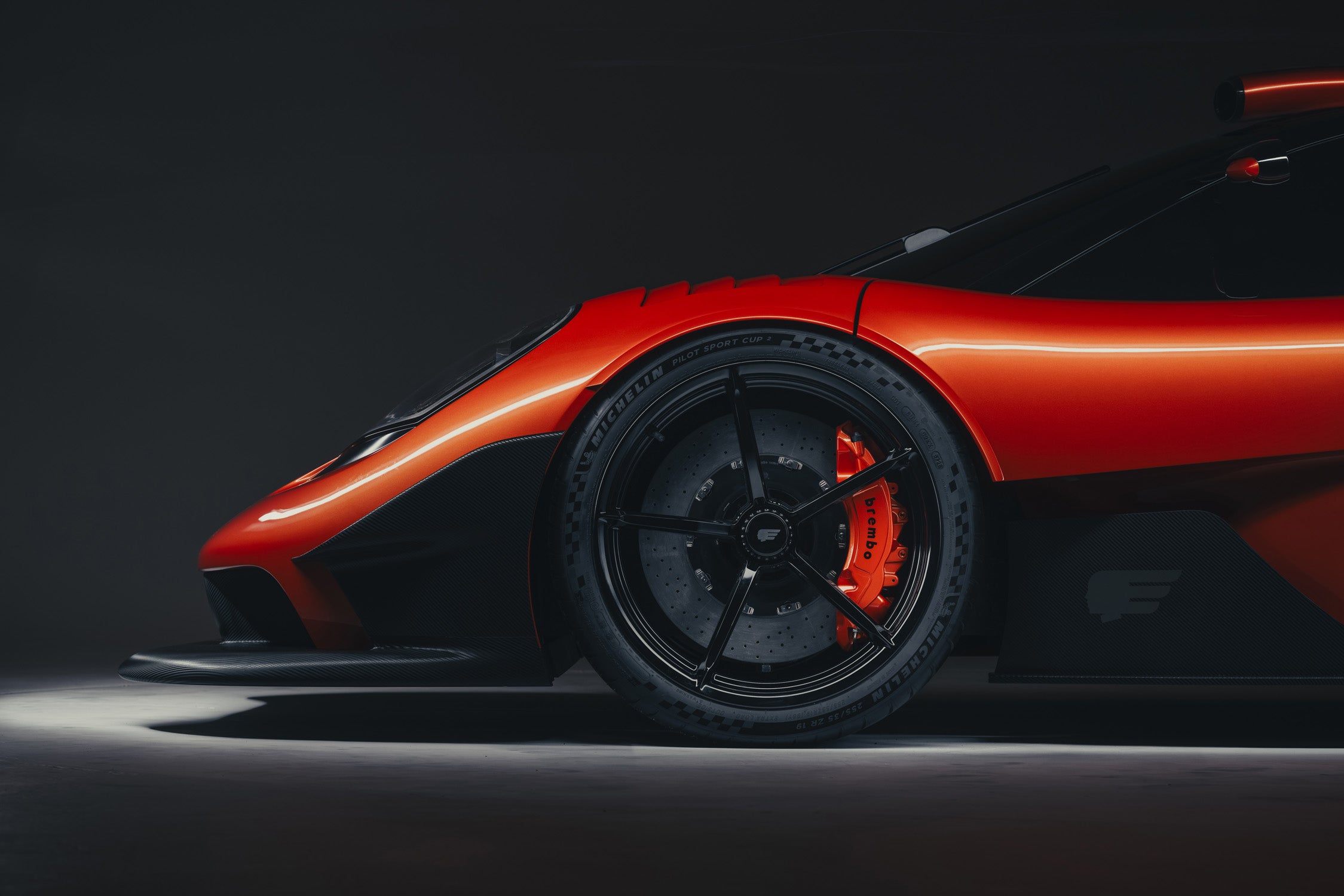 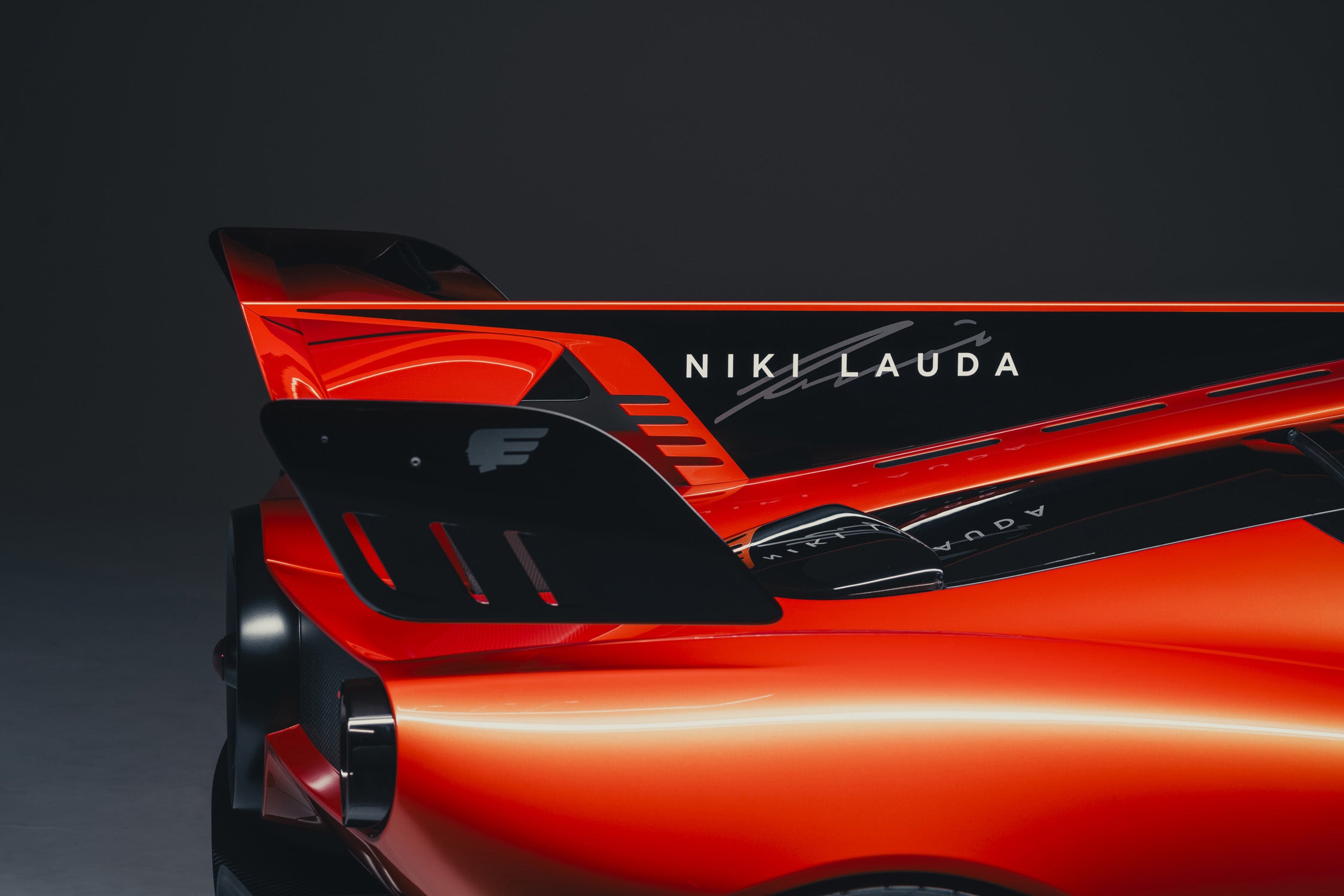 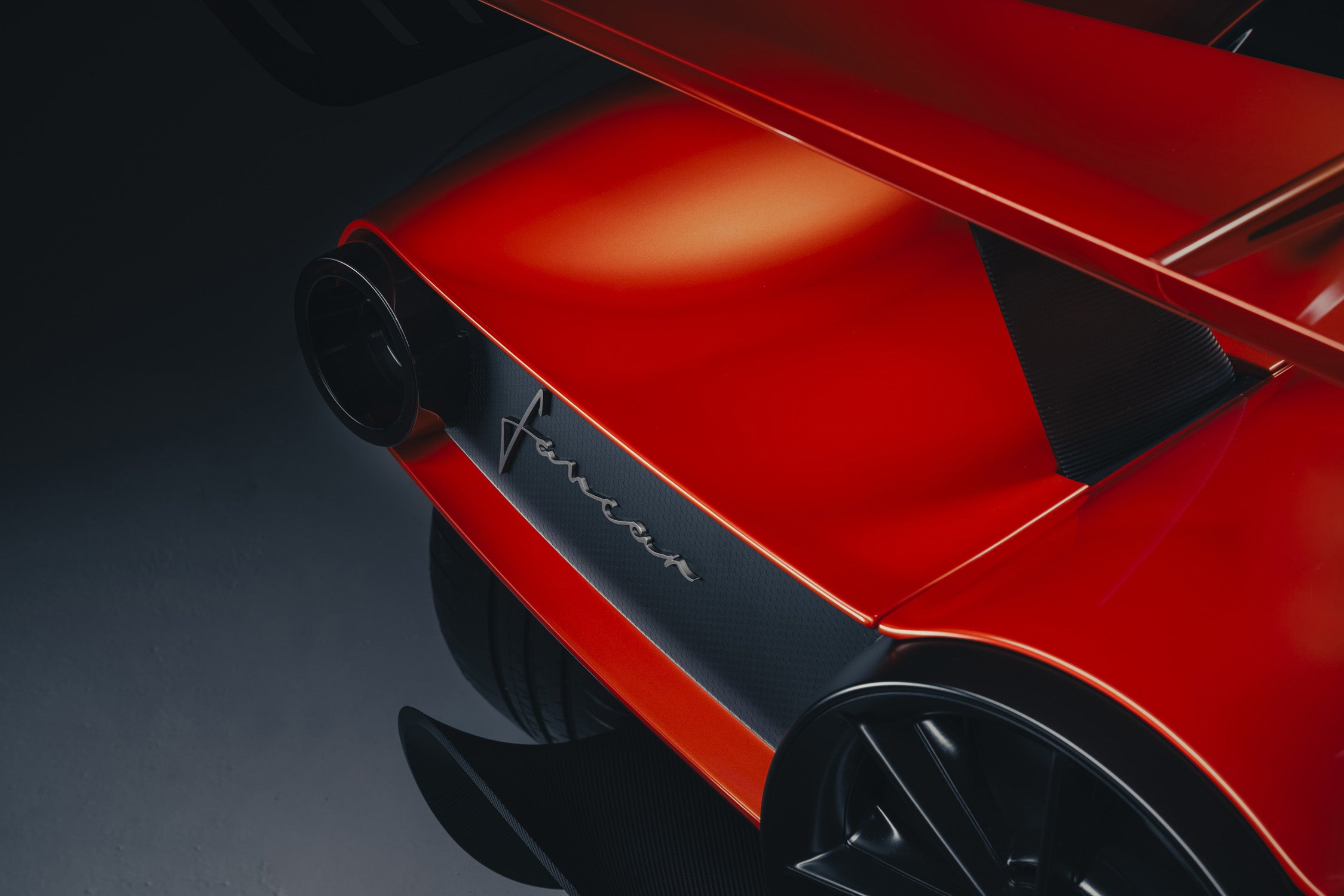 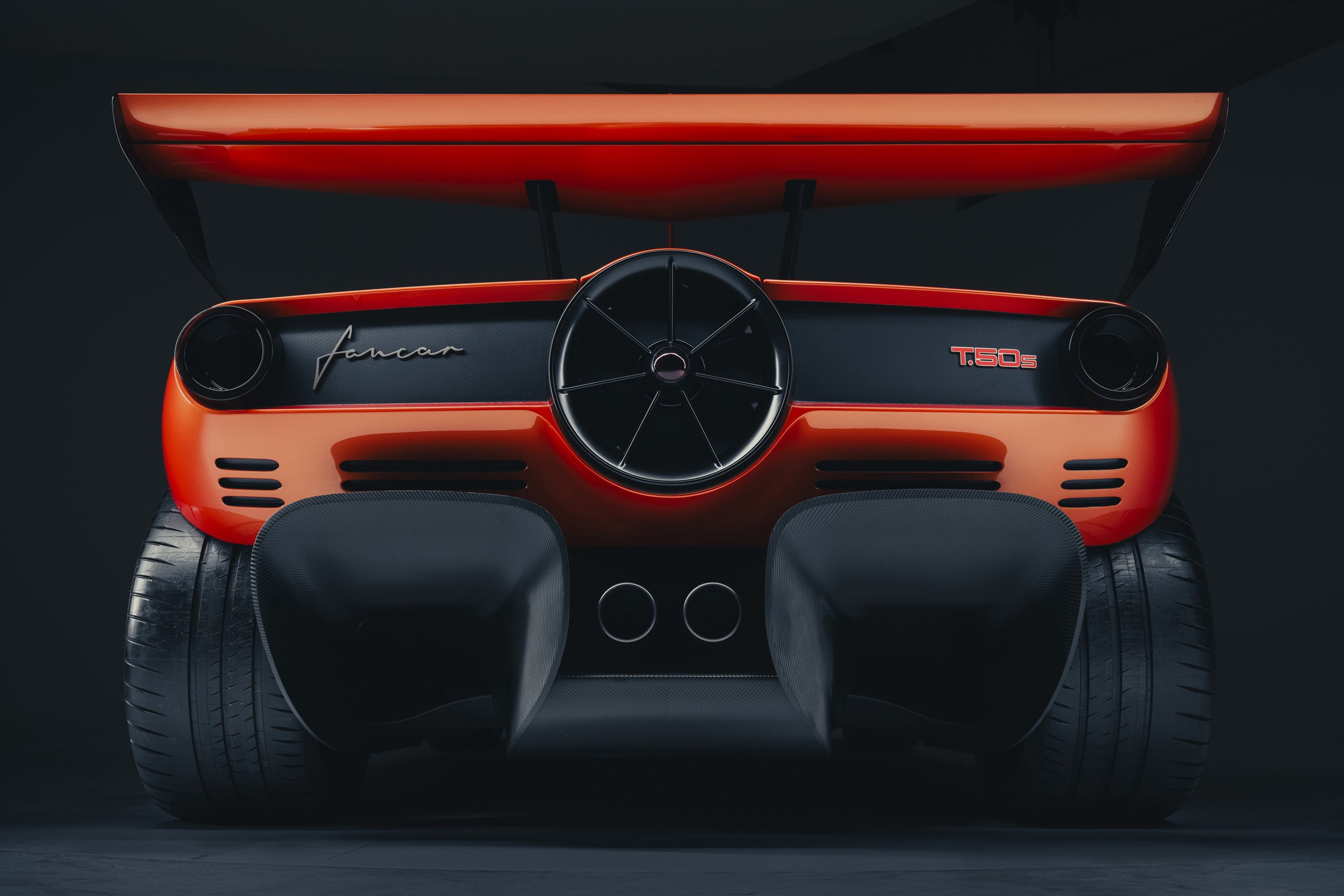 While the forged aluminum double wishbones are the same as on the T.50, the track version features different springs, dampers and anti-roll bars, with a ride height lowered to 87mm at the front and 116mm at the rear. As part of the “Trackspeed” package, both the chassis and the aerodynamics are fully adjustable. The steering uses a revised ratio.

Brembo’s carbon-ceramic brake discs measuring 370mm by 34mm at the front and 340mm by 34mm at the rear are carried over, along with their six- and four-piston calipers. Eighteen-inch forged magnesium center-lock wheels improve brake cooling, all while weighing 13.2 pounds each. GMA says the braking system, the slick Michelin tires, and the active aerodynamics combine to produce an eye-popping deceleration of 3.5g

Needless to say, the greenhouse uses even thinner glass on this one. 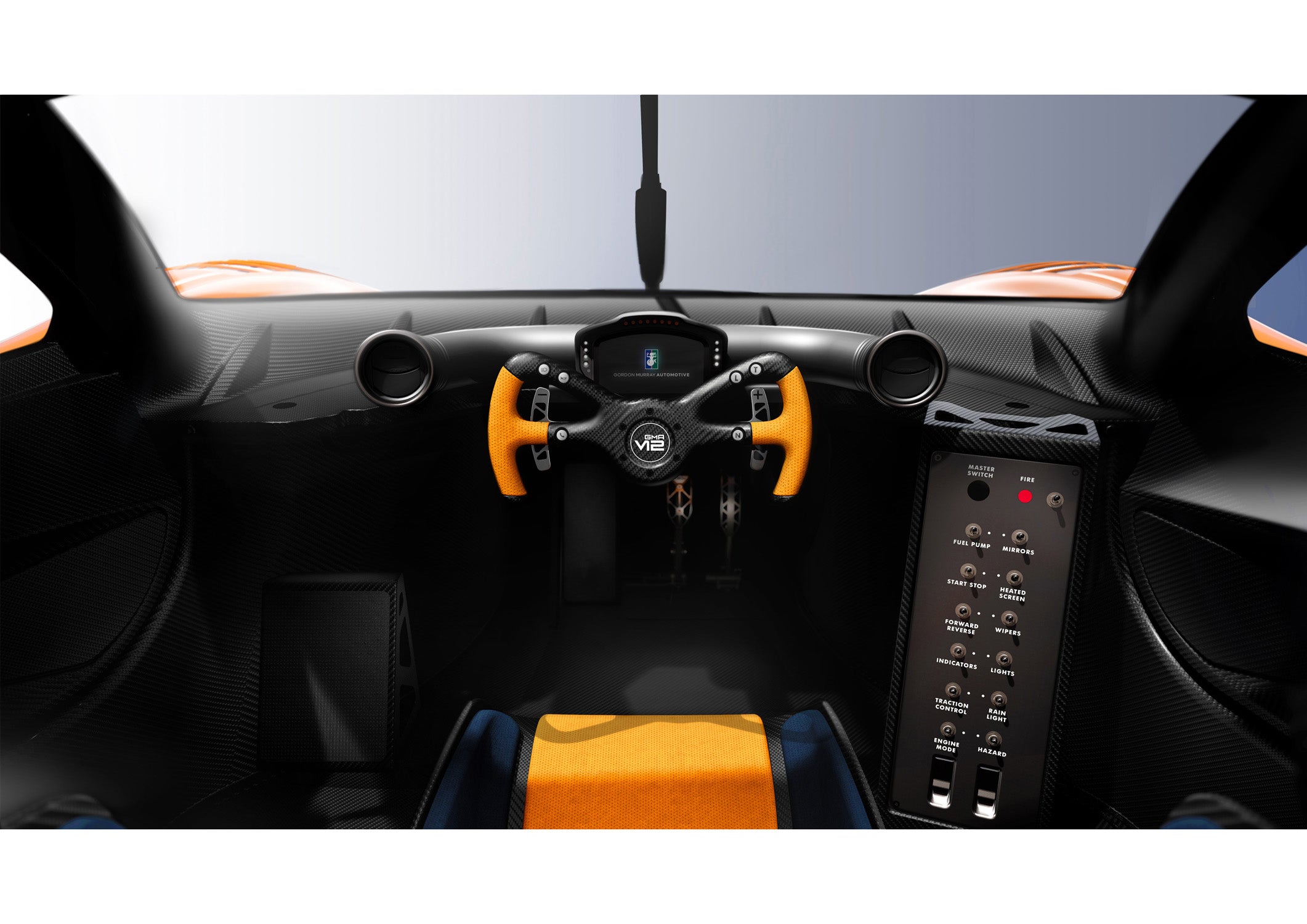 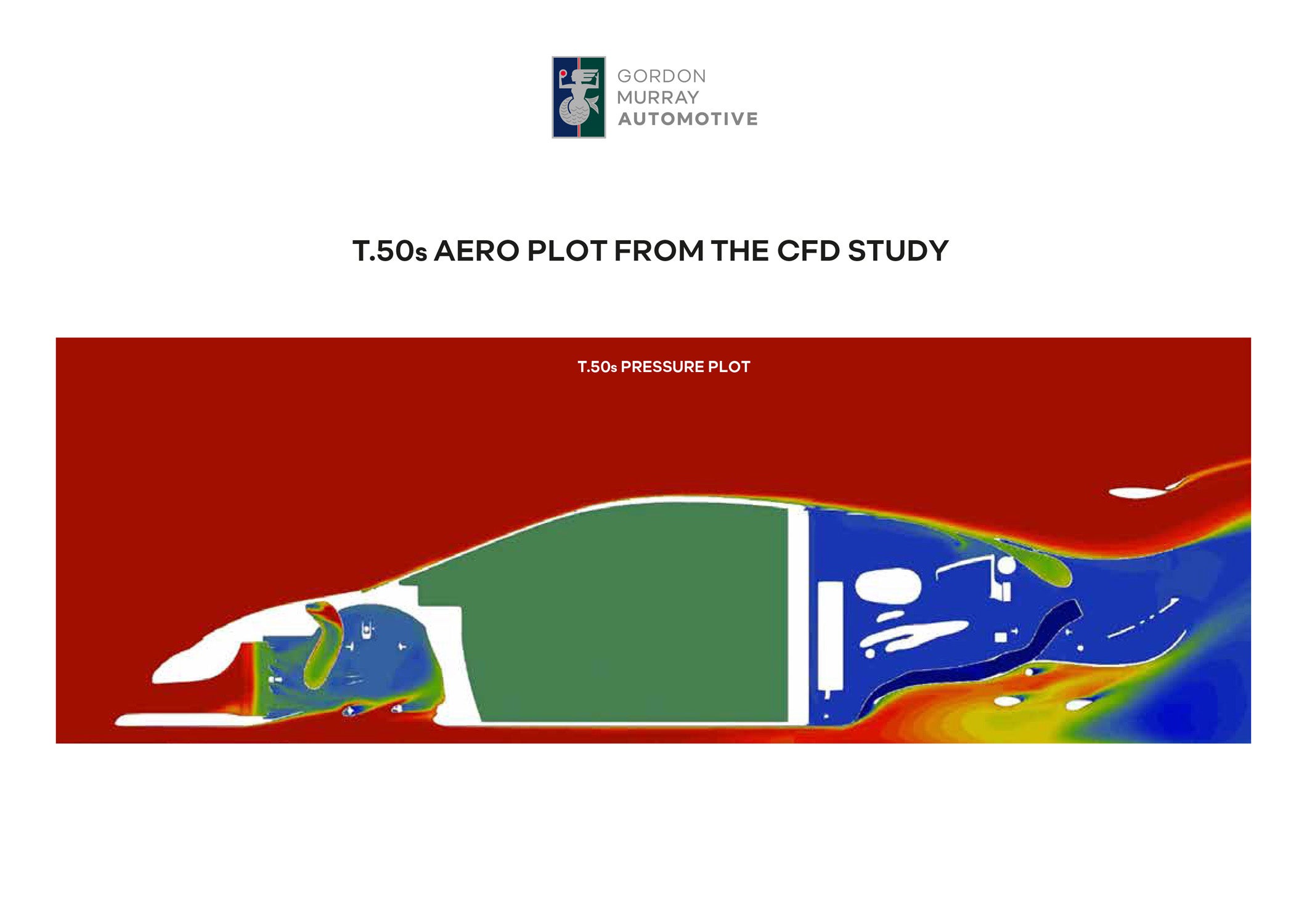 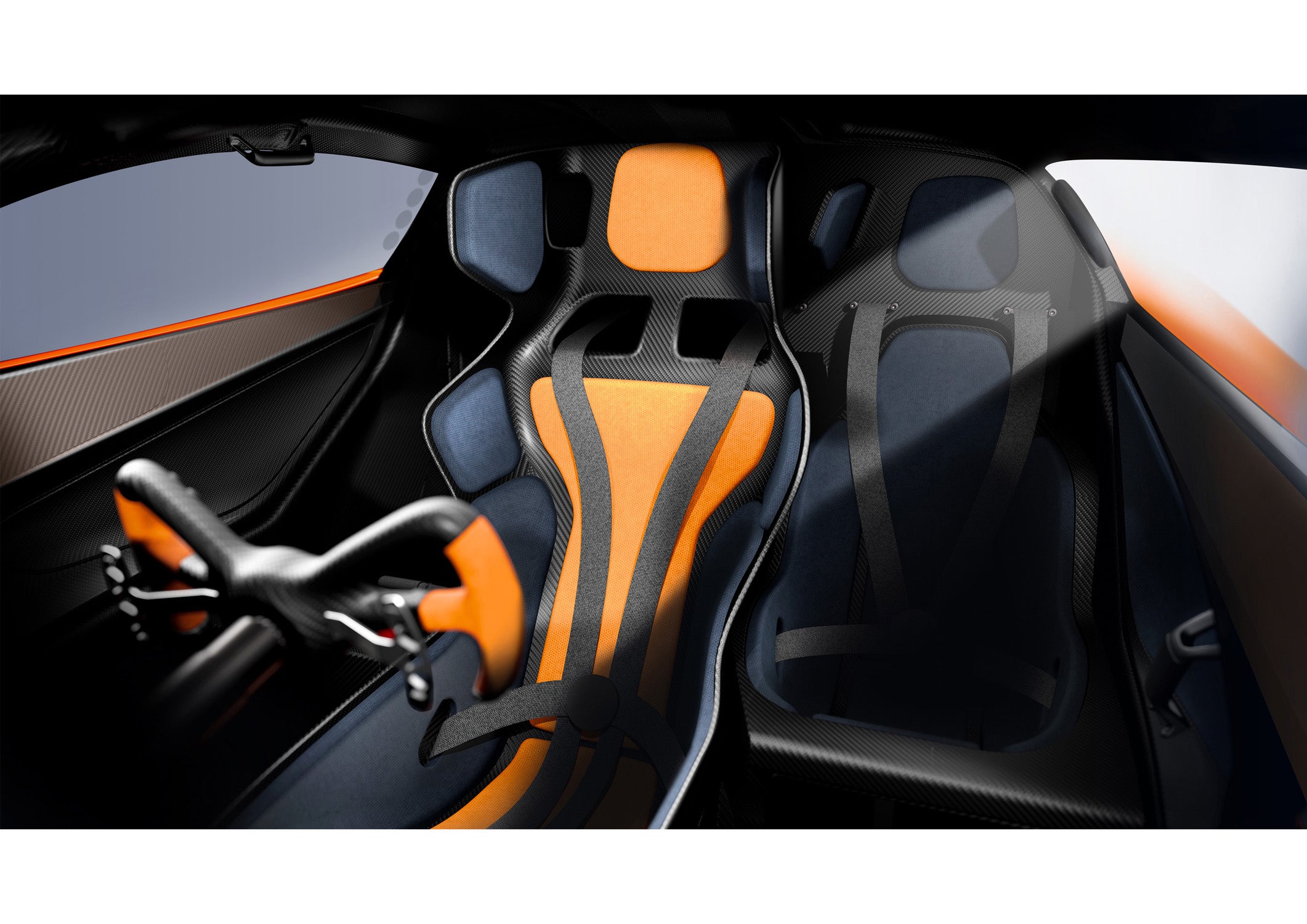 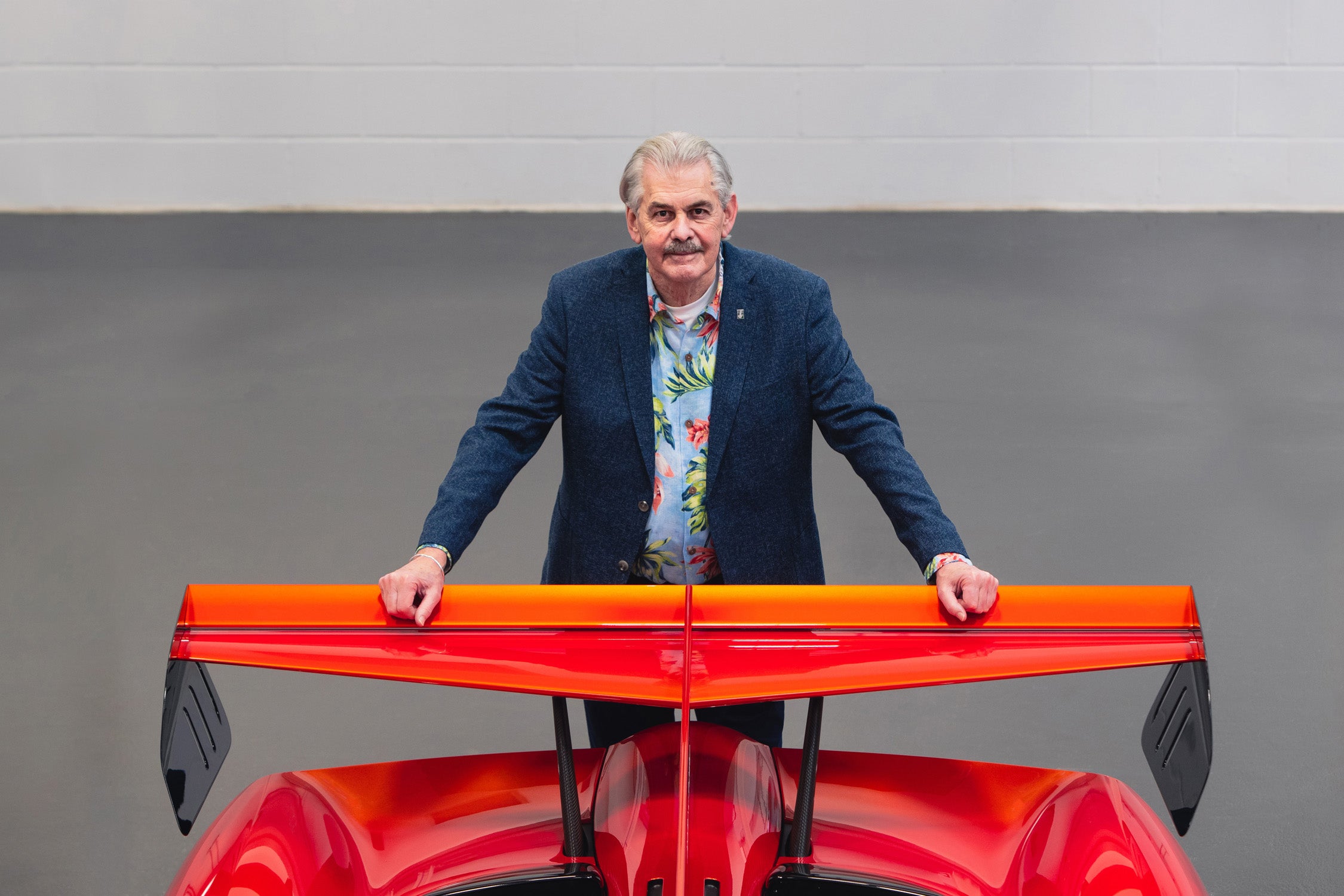 Composed of full carbon with a pair of NACA ducts at the front and a fan spinning at 7,000 rpm at the rear, the T.50s Niki Lauda comes with a minimalist interior and seats that should help you out while the car’s body produces 3,306 pounds of downforce in action. During simulations, a T.50s version produced 4,188 pounds of asphalt-hugging suction, a peak figure that Gordon Murray found to be too extreme for GMA’s client base.

To tell us more about what makes the Niki Lauda version of his T.50 so remarkable, Gordon Murray sat down to chat about it with Harry Metcalfe. Please enjoy the tidbits, and tell us what you think about our favorite professor’s latest creation.

Elliptical vs. Stationary Bike: Which Cardio Workout Machine Is Better?

Colombia to begin easing restrictions from the start of June

Singapore GE: Registers of Electors open for public inspection from March 14 to 27