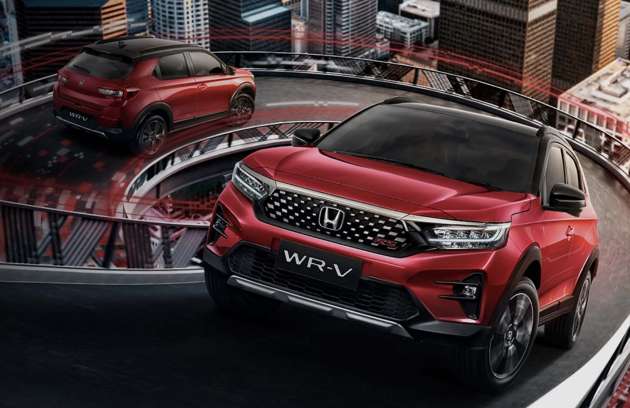 The new Honda WR-V, which made its world debut in Indonesia yesterday, will be exported in 2023. This is according to Honda Prospect Motor’s sales and marketing director Yusak Billy, who also told Kompas that production of the compact SUV will start in December 2022 with an initial batch of 1,700 units.

Export destinations and volume will be announced later. Total production can be up to 6,000 units a year, but that is depending on the supply of components, such as semiconductor chips. Is fellow ASEAN right-hand drive market Malaysia in HPM’s export plans? We don’t know yet, but Honda Malaysia has a trend of CKD local assembly for the mainstream models that it introduces.

The WR-V is the production model of the SUV RS Concept that surfaced in Indonesia late last year. It sits below the B-segment HR-V and is a rival to the Daihatsu Rocky and Toyota Raize, which are of course sisters to our Perodua Ativa.

Under the hood is a 1.5 litre naturally aspirated engine with 121 PS at 6,600 rpm and 145 Nm of torque at 4,300 rpm. This DOHC i-VTEC Euro 4 unit is of course the trusty NA engine found in the City and entry-level HR-V. Like those models, the gearbox is a CVT automatic.

Everything else under the skin is as you’d expect – front MacPherson struts and rear torsion beam for suspension, front ventilated disc brakes and rear drum brakes. Two variants are available in Indonesia – the base E rides on 16-inch five-spoke alloys with 215/60 tyres, while the RS rolls on 17-inch two-tone alloys with 215/55 rubber. 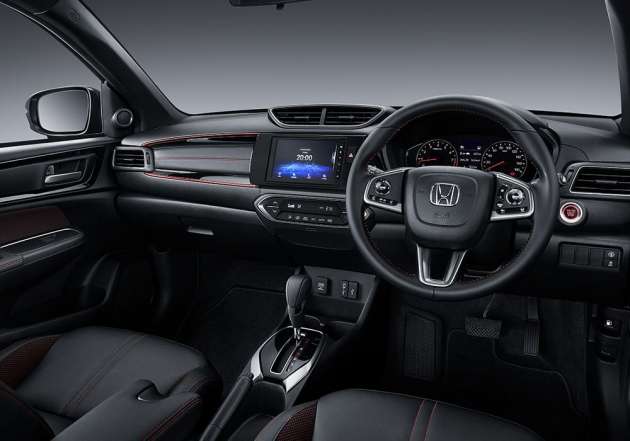 Honda’s Sensing suite is not standard for the RS, which brings us to the top variant, the RS with Sensing. This range topper adds on ADAS (CMBS, RDM, ACC, LKAS, LCDN, AHB) plus LaneWatch (camera for the left wing mirror), six airbags and auto headlamps.

Speaking of colours, it’s between Taffeta White (E only), Meteoroid Gray Metallic, Crystal Black Pearl, Stellar Diamond Pearl (RS only) and Ignite Red Metallic (RS only). As mentioned, two-tone is only for the signature red. What do you think of the new Honda WR-V?

For context, our base Honda HR-V S with the same 1.5L NA engine is priced at RM114,800, while the 1.0 litre turbocharged Perodua Ativa is priced from RM62,500 to RM72,600. Will this come to Malaysia? Generally, it’s difficult for non-national brands to introduce entry-level models in our market and be competitive with national rivals in terms of specs/price. The window between the top Ativa AV and base Honda HR-V is RM42k. We’ll see.

How Worried Should You Be About the J&J Vaccine and Blood Clots?