Data from the US Department of Energy show that California has 42% of the EVs currently registered in the country.

There’s no doubt that the electric vehicle is becoming increasingly more popular in the United States, and the sales numbers don’t lie.

In the first half of 2021 alone, EV sales have more than doubled in the US, but in absolute numbers, they’re still insignificant: battery-powered vehicles only make up 2.5% of the overall car market.

Obviously, there are states where EVs are more popular and other states where they’re rarer than hen’s teeth. EV registrations data from the US Department of Energy’s Alternative Fuels Data Center compiled by Electrek show which are the states with the largest EV fleets and which are those where EV adoption is lagging. Brace yourselves for major disparities.

Before delving into the numbers, you should know that these are total registrations as of December 31, 2020, not from 2020 alone. Also, they only include all-electric vehicles, not plug-in hybrids or hybrids. 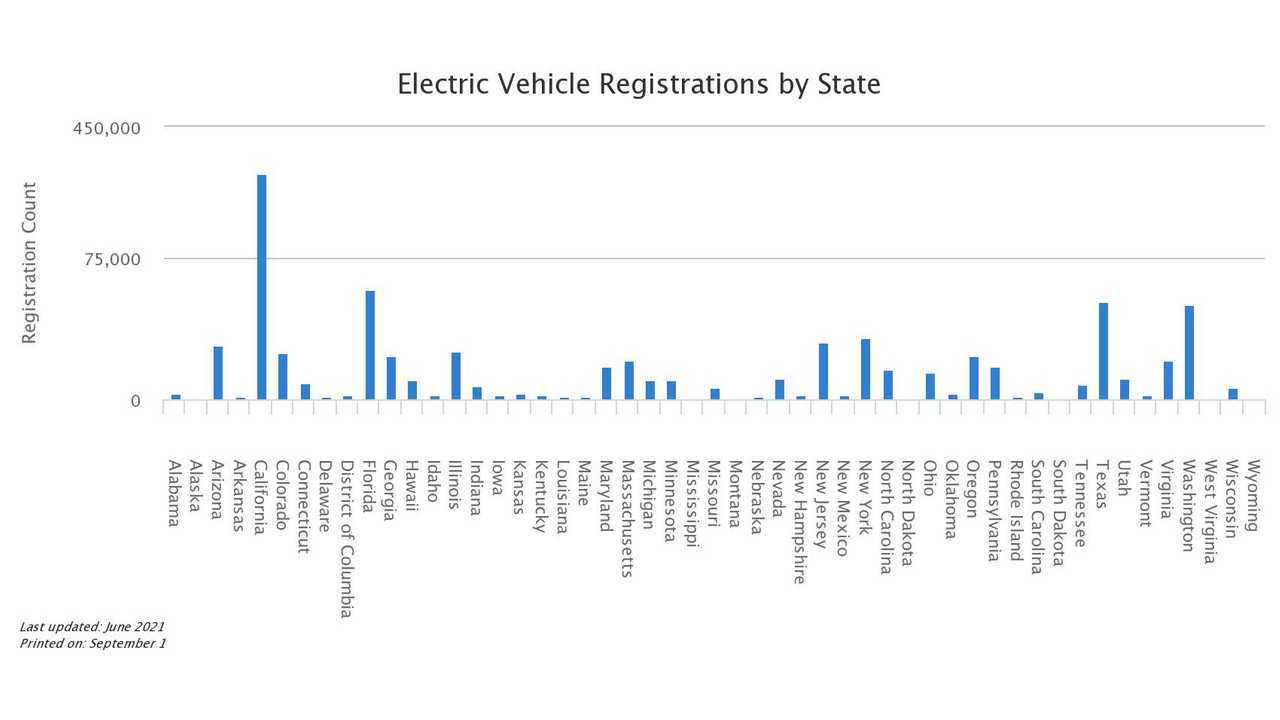 New York is fifth with 32,590 EVs registered, and New Jersey sixth with 30,420. Mind you, these are the only states that have more than 30,000 all-electric cars registered.

At the bottom of the table, North Dakota has the fewest EVs registered in the entire country—220. Wyoming has 330, South Dakota 410, West Virginia 600, Mississippi 780, and Montana and Alaska 940 each. These are the only states with less than 1,000 EVs registered.

Now, there are many causes that explain these disparities, with population chief among them. States with higher registrations tend to have higher population densities and higher ICE registrations as well.

But there are other complex factors at play; for example, in California’s case, high EV registrations can also be explained by some of the best incentives in the country and very high gas prices.

Then there’s the charging infrastructure, which is good in states with high population density (California has the best one by far), but not so good in places like the Dakotas, Wyoming, and West Virginia. Another important factor to take into account is EV registration fees, which vary from state to state (in those states that have imposed such fees). 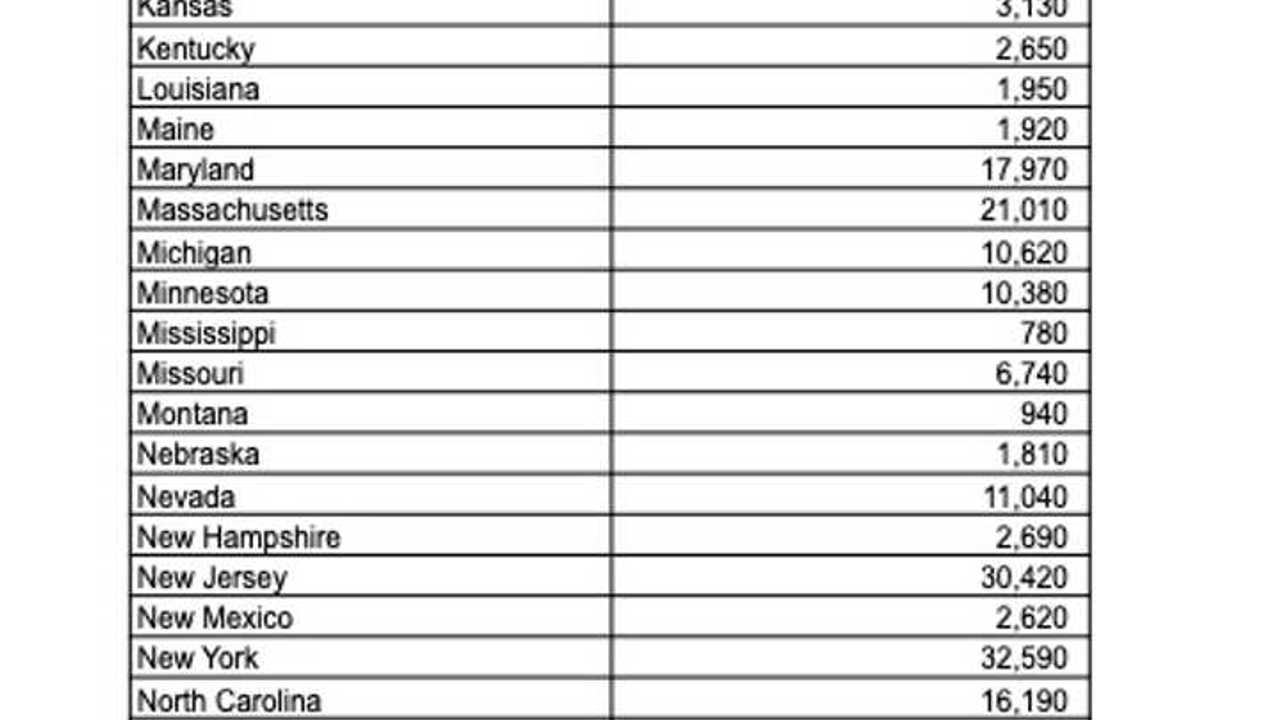 Source:US Department of Energy via Electrek