Volvo is a company known for its design-centric offerings and cars with sharp looks. But even then, most of the Swedish automaker’s vehicles start life as a series of parameters it must design around. Artful design is an ever-important focus, but not paramount. Everything from government regulations, platform-sharing constraints, manufacturing issues, and consumer expectations can shape the way a car looks. With the new 2022 Volvo C40 Recharge, Volvo’s designers kept all this in mind and developed a functional, small SUV that attacked the design challenges of a fastback roofline to become something unique.

It started life as a sketch—an offshoot of the existing XC40 Recharge design. Of course, there were challenges involved with turning a rendering into an equally functional vehicle, but Volvo’s designers used these friction points as opportunities to make an even more striking C40. To better understand those challenges, I talked to Volvo’s design triumvirate: T. Jon Mayer, head of exterior design, Lisa Reeves, interior design director, and Robin Page, overall design chief. In conversation with the trio, I identified a few areas of the C40 where I thought the most interesting choices took place. (I may write about cars now, but I went to school for industrial design). It turns out there is a unique story behind every decision that makes the C40 Recharge what it is today. 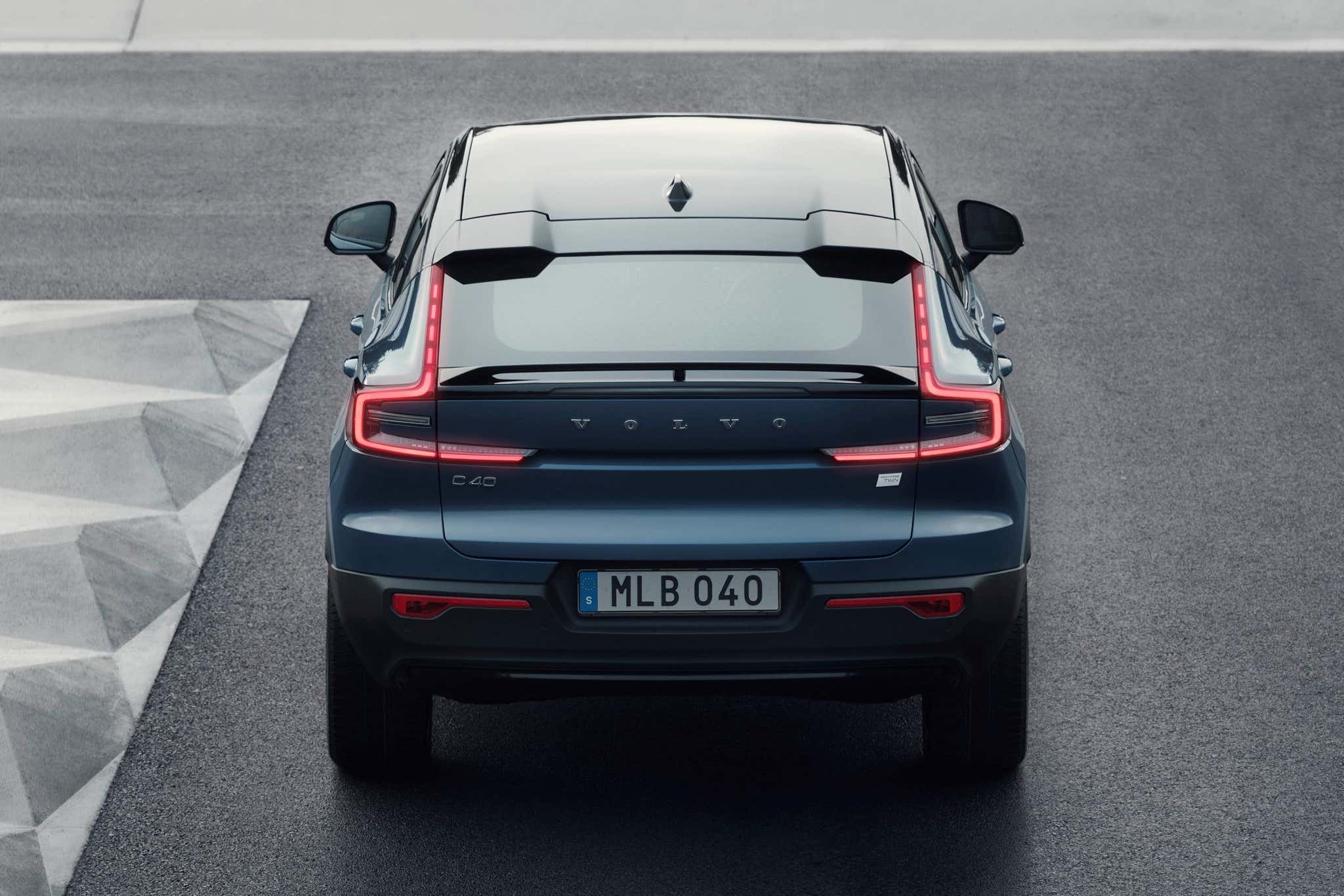 The first was solving the issues associated with a sloping, fastback roofline; the sort of thing we’re used to seeing on more and more SUVs these days. Although the advantages of such a design may seem purely aesthetic, that’s not the whole truth. A fastback offers less aerodynamic drag as compared to a conventional, non-sloping roofline like the one seen on the Volvo XC40 Recharge. In the world of EVs, aerodynamic drag must be reduced at all costs, as a draggier car can mean significantly less range.

However, anyone with a larger frame knows a sloped roofline is the enemy of back seat headroom. To compensate for this, Volvo’s designers took a similar approach as the Mustang Mach-E by offering a blacked-out extension of the car’s roof to enable greater headroom for the rear passengers. This feature is separated into two distinct bulges, which creates a more dynamic look, adds headroom, and doesn’t do away with the aero advantages of the roofline. That’s smart design.

But the roofline isn’t the only thing that helps boost range. The C40 has carefully crafted aerodynamic wheels—a part of a car’s design that’s taken for granted by the consumer but agonized over by Volvo’s designers. “We may struggle with it—and try to fine-tune it forever—to the tenth of a millimeter,” Mayer said. In the end, though, the customer doesn’t really care or know about that struggle. “From a customer [perspective], they might look the same,” Mayer explained. Reeves added the best comment to hope for would be something along the lines of, “Nice wheels!” 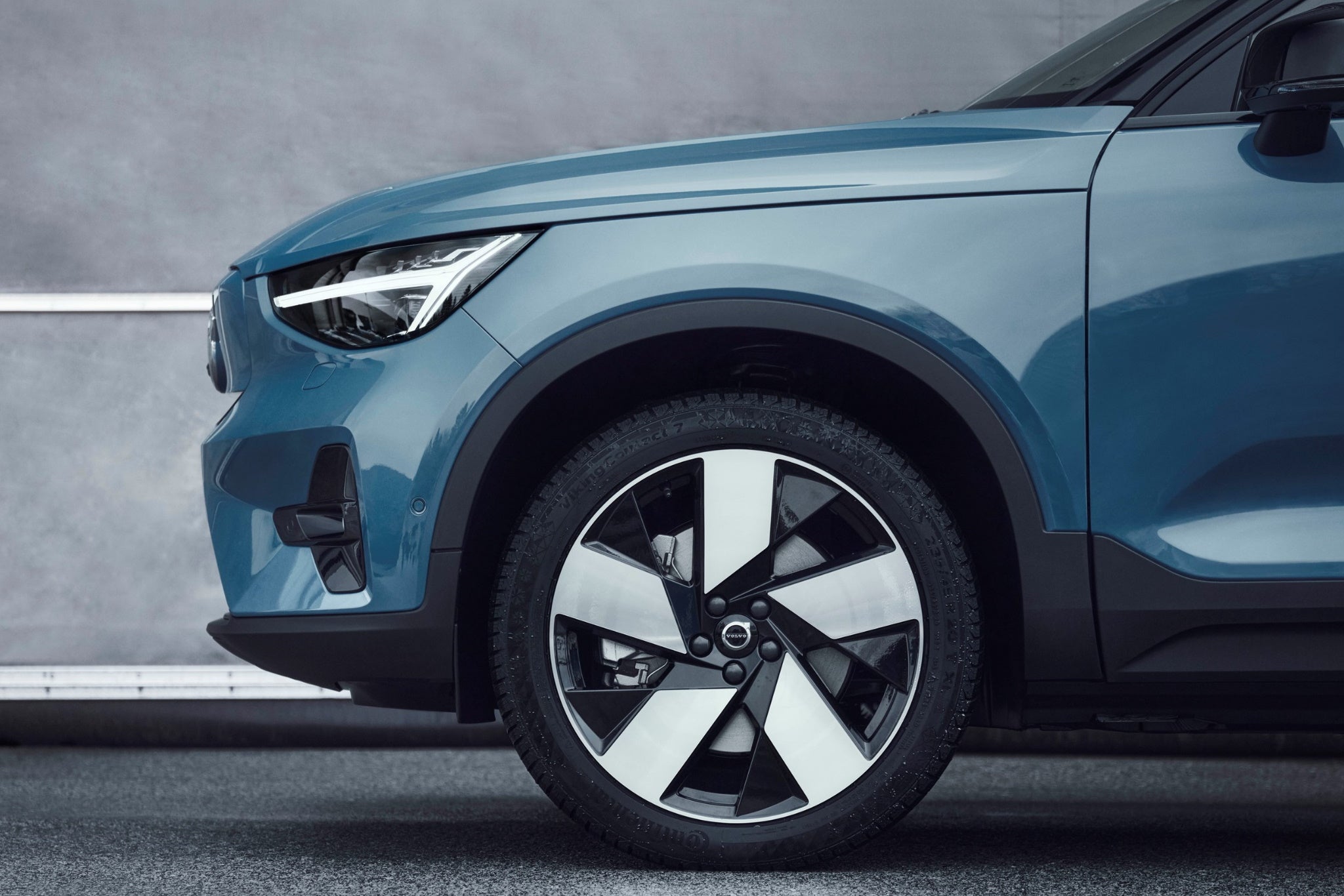 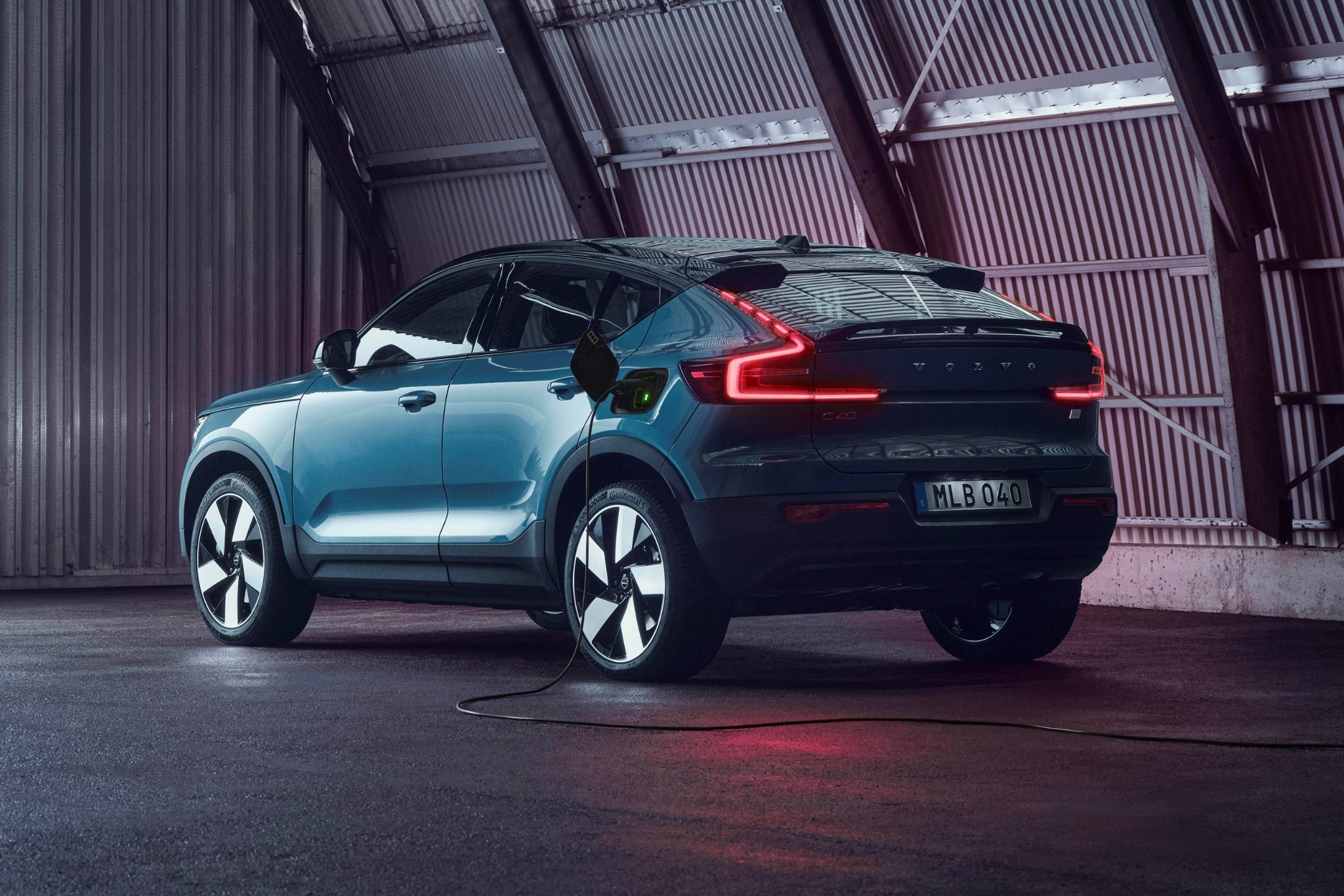 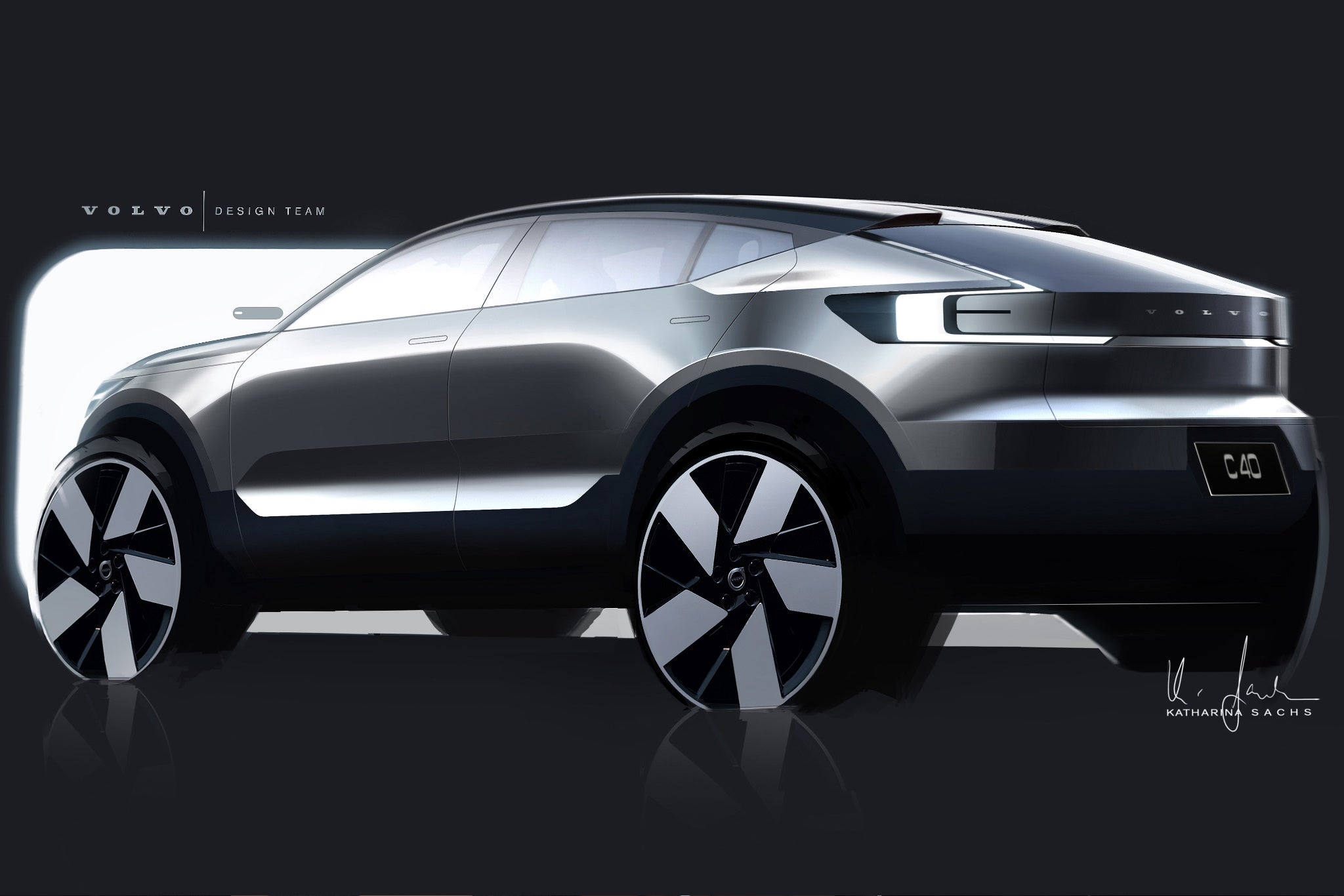 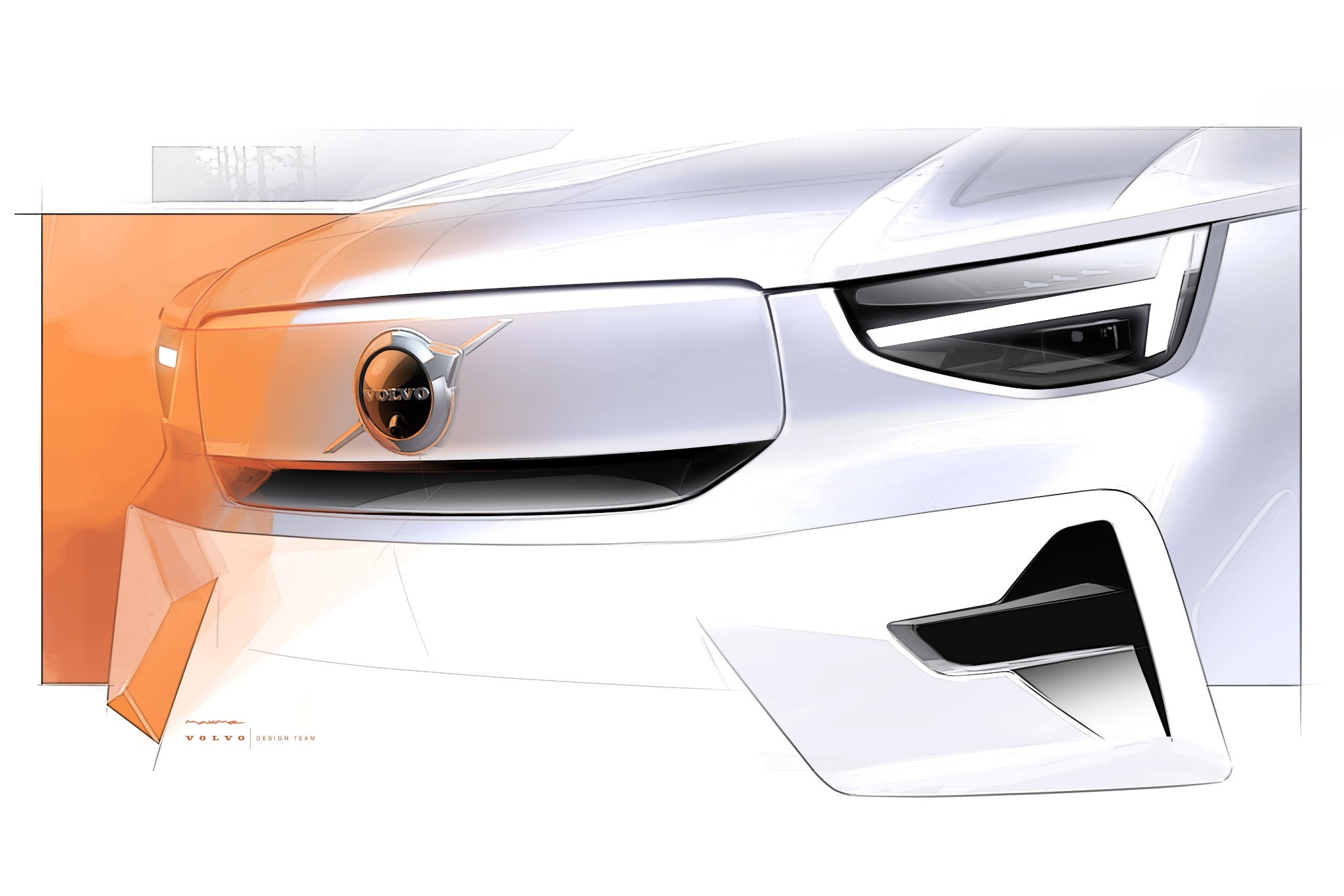 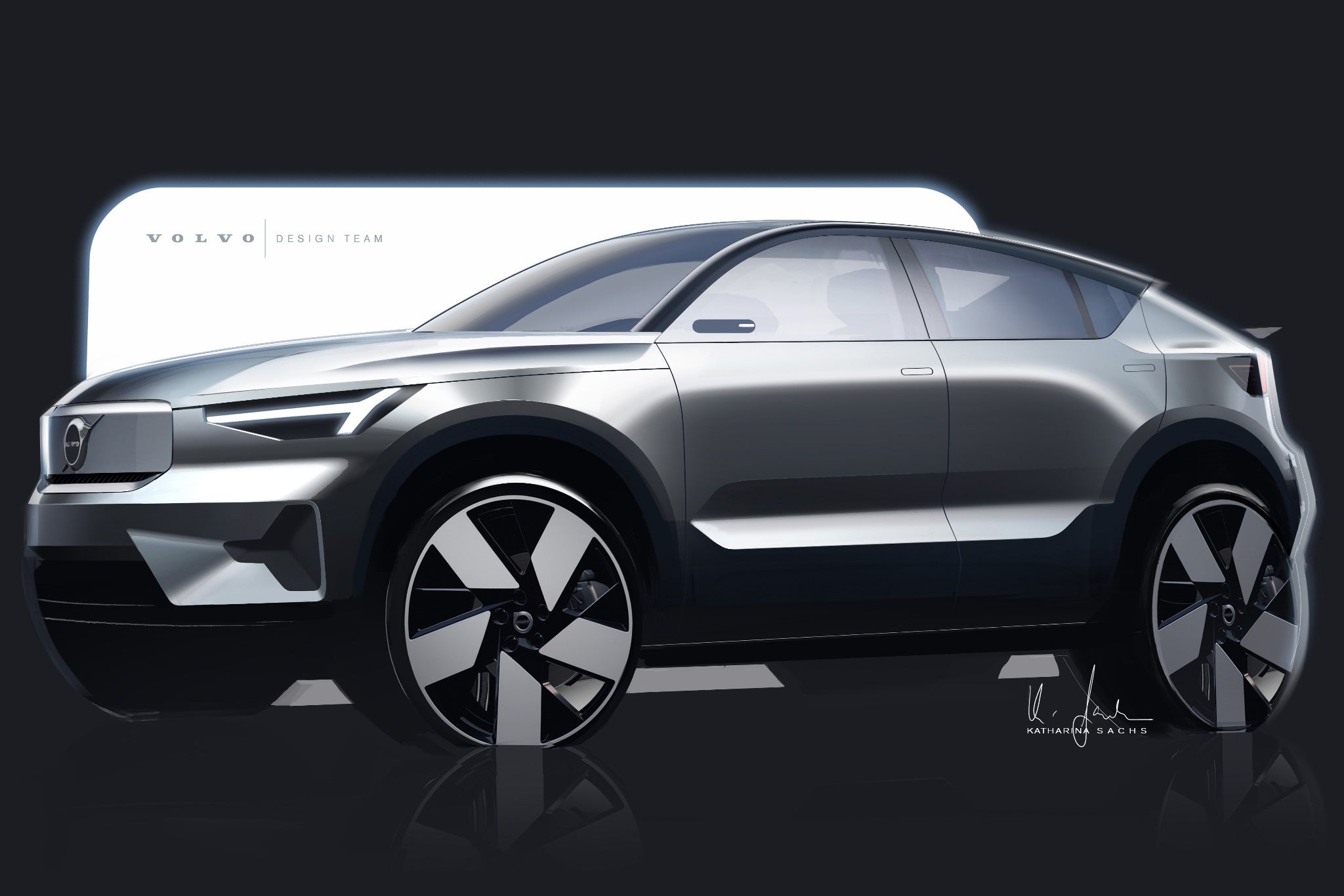 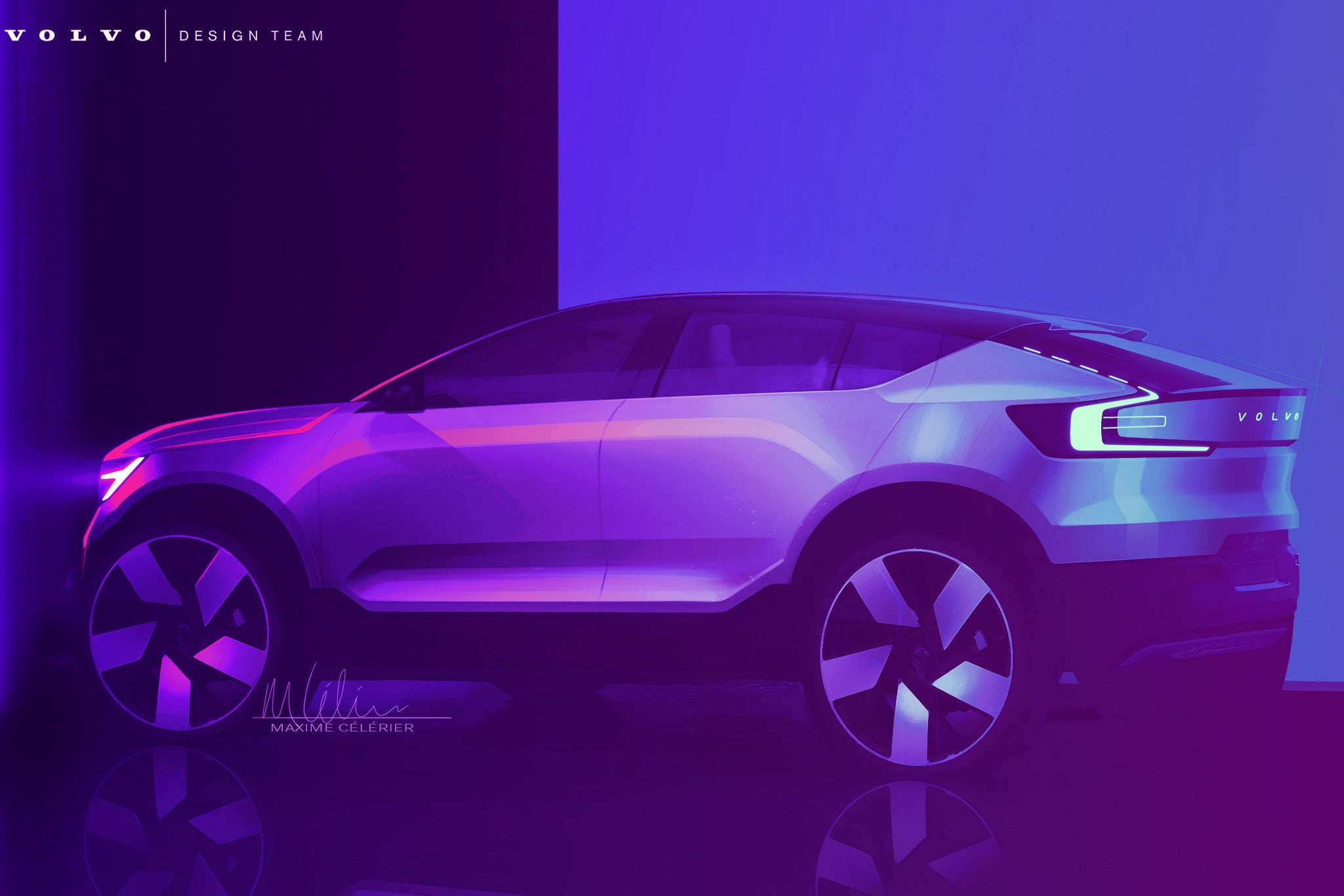 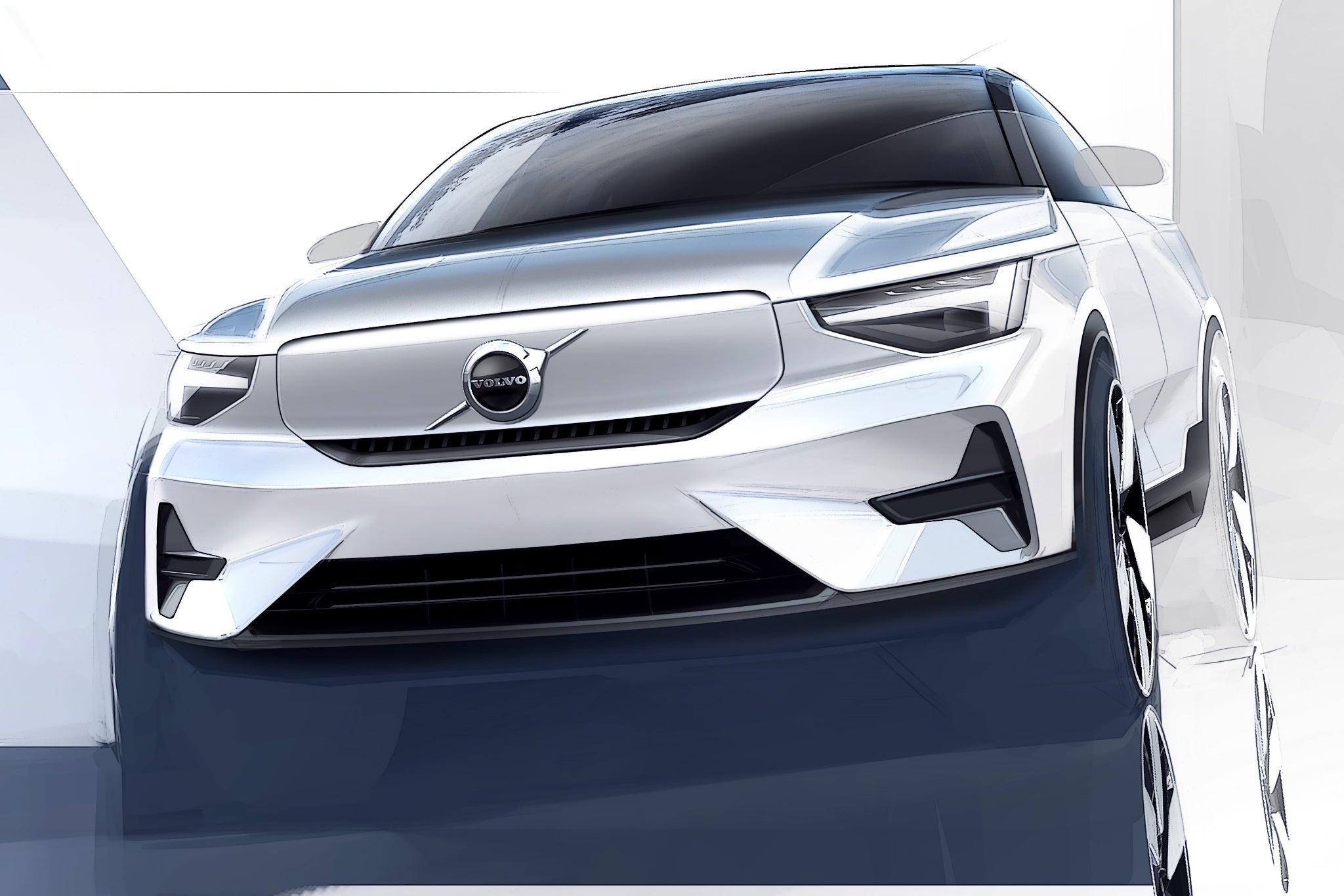 Another piece of thoughtful design is in the vehicle’s taillights, though that wasn’t without its challenges. Mayer explained the taillights were used as an opportunity to create a unique aesthetic feature. As the car is focused on distinctive form, the designers originally wanted a massive rear taillight, typical of a Volvo, that bent up, around, and accentuated the sloping roofline with a single stroke of light. At least one break in the illumination would be necessary for the tailgate, but if another could be avoided, that would be ideal. Unfortunately, the engineers came back and said that wasn’t really possible.

This seemingly endless quarrel between designers and engineers happens in every industry. Page called it a relationship of love and hate. “We challenge them and they hate being challenged. But at the end of the day, once we solve problems together, it’s a great atmosphere,” he said.

In this case, the engineers were victorious, though: The upper taillight lens would be two different pieces of plastic. The single stroke of light the designers wanted wouldn’t be possible and there would have to be a break in it. In response, the designers added more breaks in that stroke of light, creating a unique segmented lighting signature. They found an opportunity within the constraints of engineering. 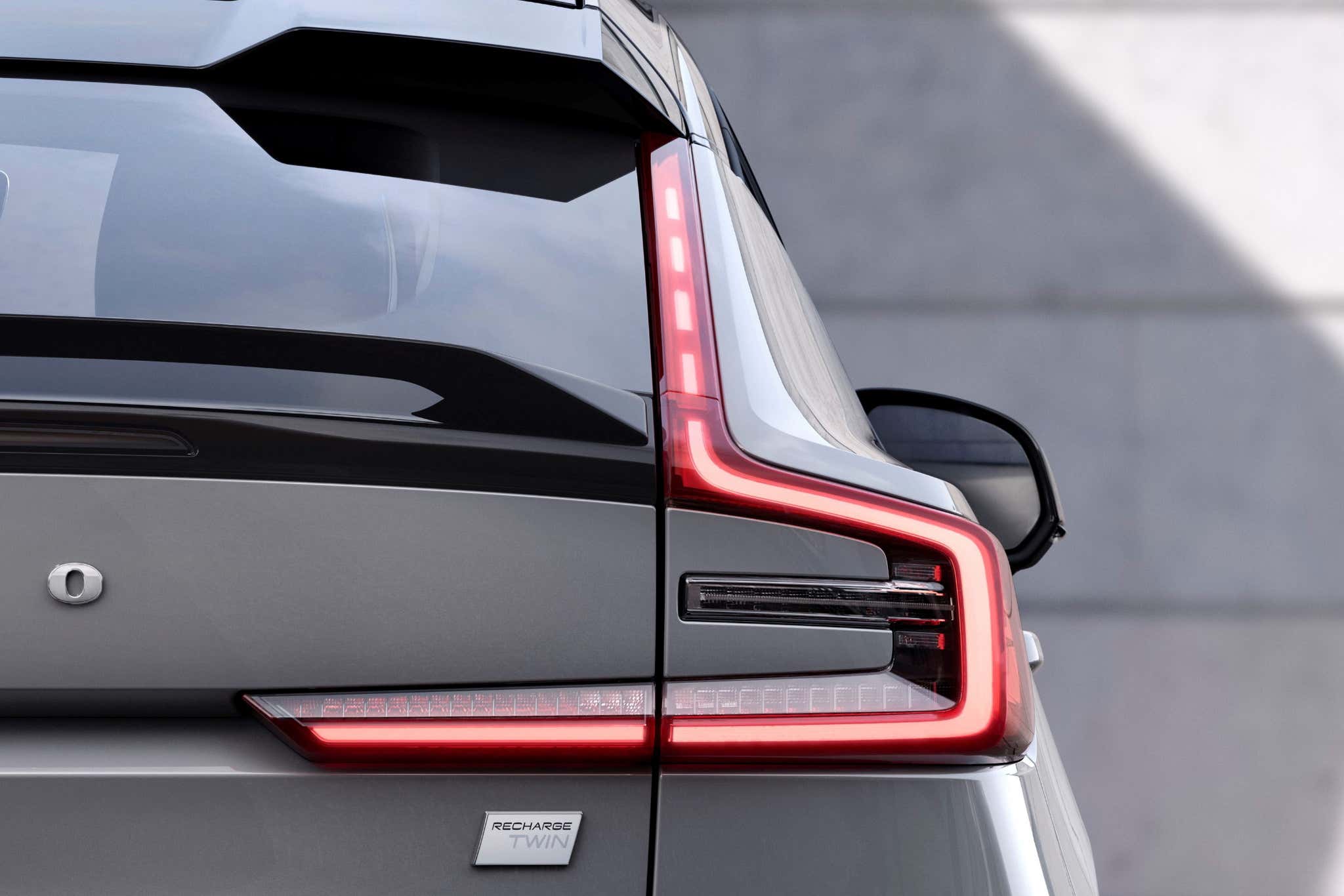 In my experience working at the few design jobs I’ve done, there are situations such as these in every designed object few will likely ever appreciate. To use Page’s words, “Every designer can probably tell stories about every single millimeter that moves.”

One of those areas is the lengths Volvo’s designers went in order to integrate the modern automobile’s ever-growing battery of cameras and sensors seamlessly into the exterior of its cars. I asked Mayer to explain some of the perhaps more “boring” things his design team cares deeply about, things a regular consumer would be completely ignorant about, and rightly so. He said one of them is making sure all the driver-assist sensors on Volvos are hidden or as flush as possible on the exterior of the car. It’s another thing the consumer may never notice or understand but would take issue with if it was done “wrong.”

“The goal is flush,” Mayer explained. “So when they are flush, I know all of the exterior designers are very excited. But a normal consumer, they probably couldn’t care less.” He went on to say all of those electronics are now “sketched in from the very beginning,” and that some of these sensors, if they’re obtrusive enough, will end up influencing the design of the vehicle in subtle ways, like the front-facing camera below. 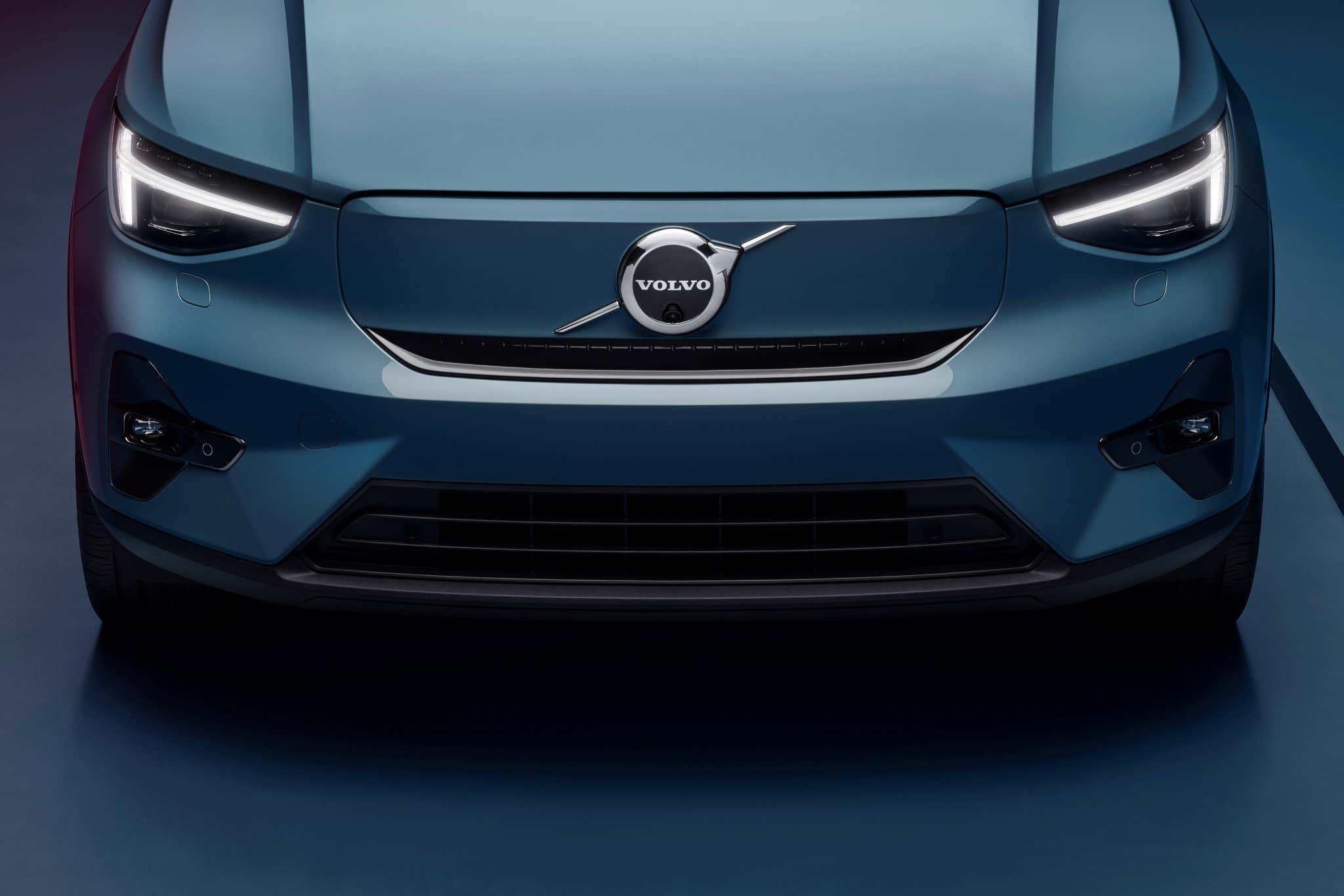 Not all of Volvo’s design is so subtle, though. An easier area of the new C40 to appreciate is the interior, which the company’s head of interior design, Lisa Reeves, explained in detail. Along with “leather” seats made without cows—she described it as “micro-tech soft material that’s largely recycled”—the C40 offers a premium cloth interior made from wool, which is of course quite sustainable. Much of the interior upholstery and carpets are made from recycled plastic water bottles as well. These materials are light and comfortable; the fewest amount of raw petrochemicals as possible were harmed in the making of these interiors.

“Our next-generation customers are increasingly aware of environmental impact and always looking for non-leather options,” Reeves said. She explained how working with these new sustainable materials allows for greater design freedom. There’s finally more than just different shades of leather out there and that’s “really exciting” to Reeves and Volvo’s interior team. 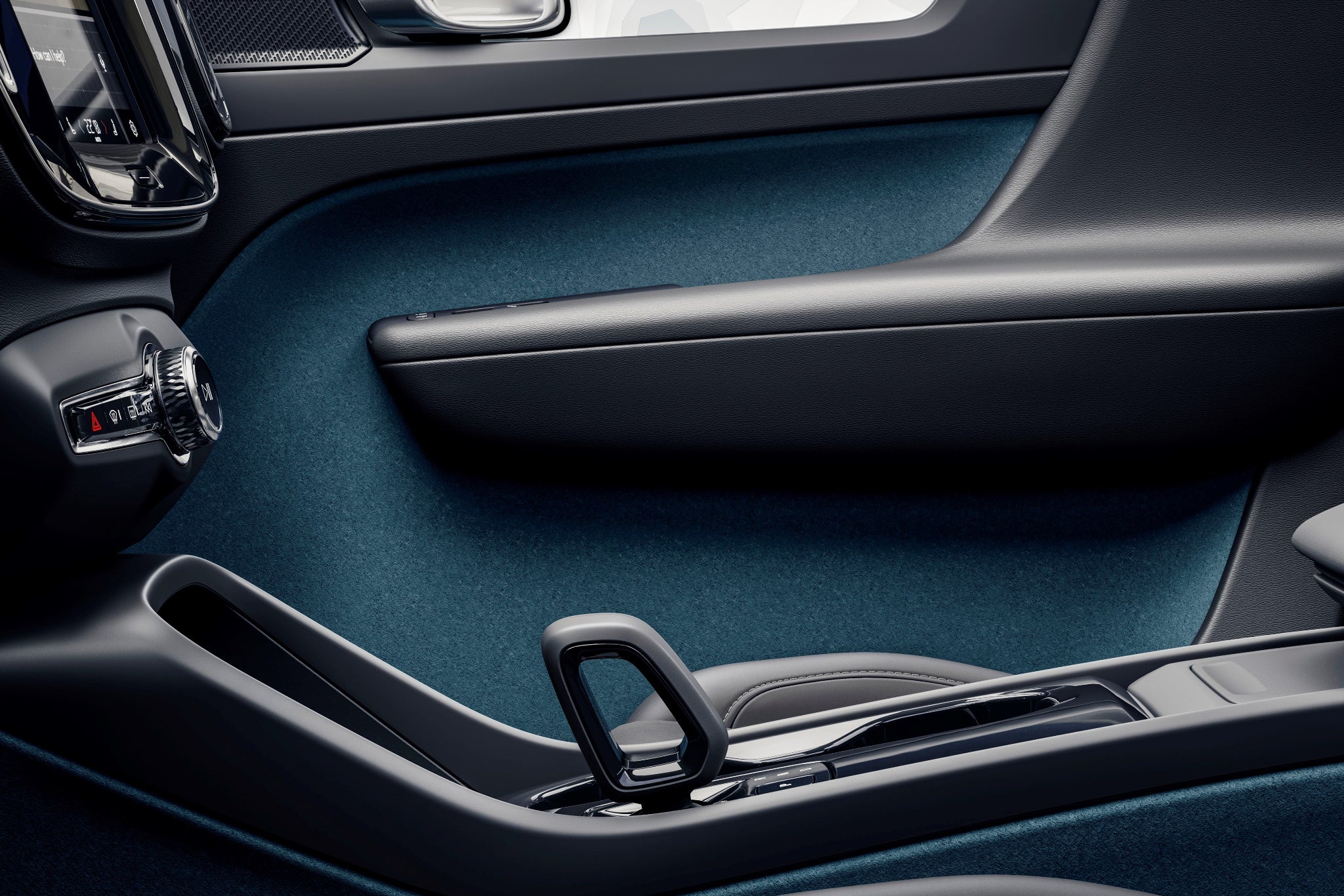 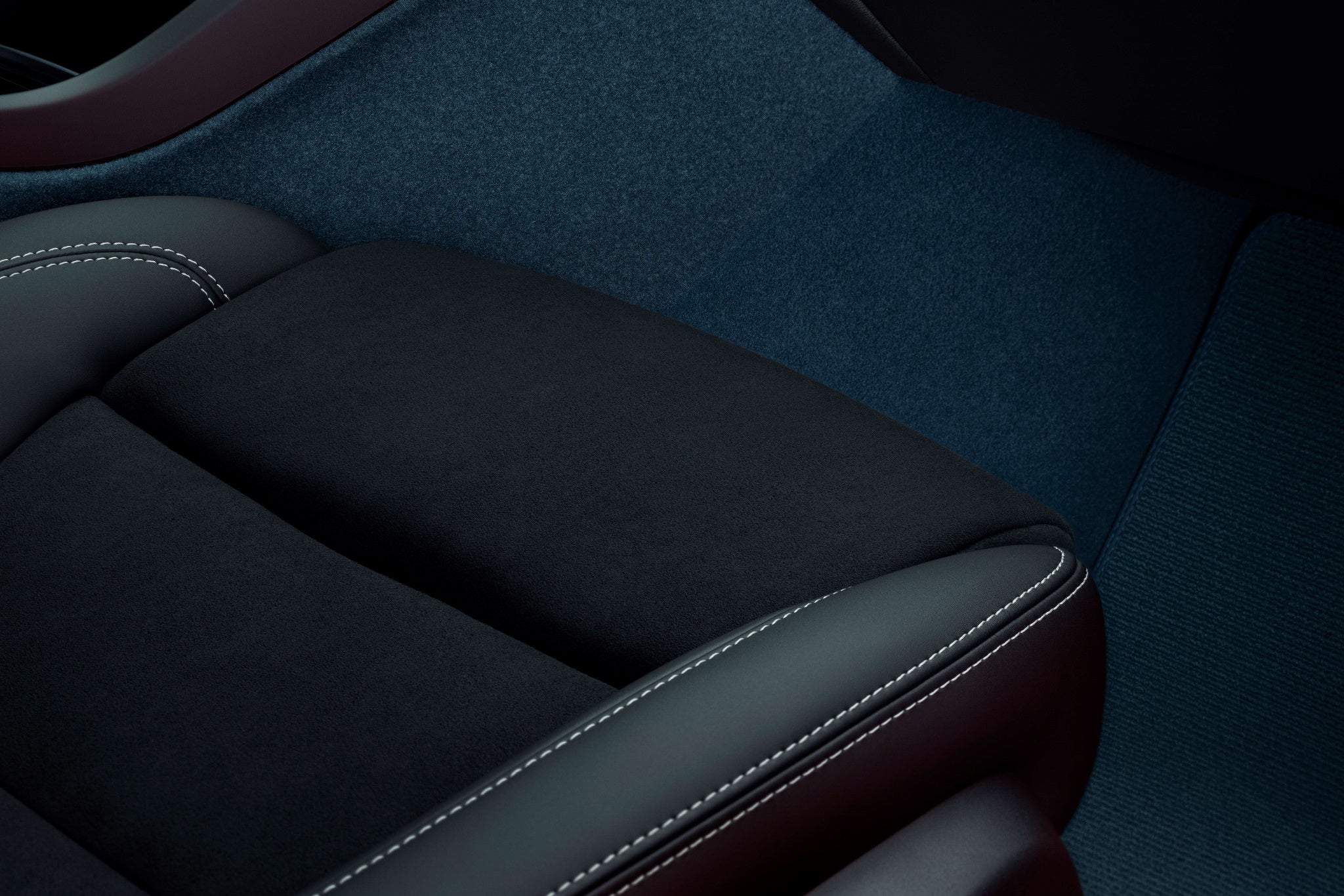 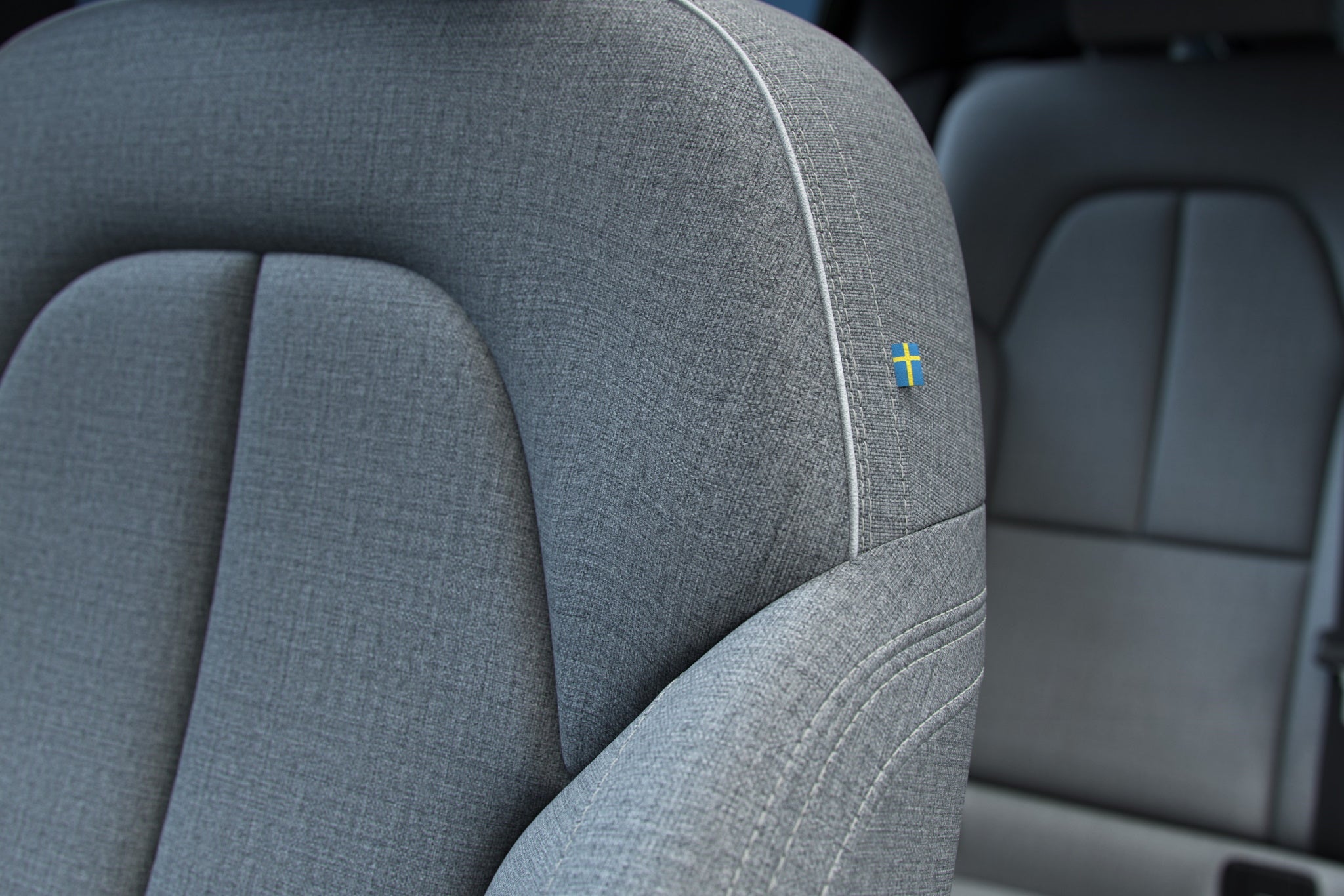 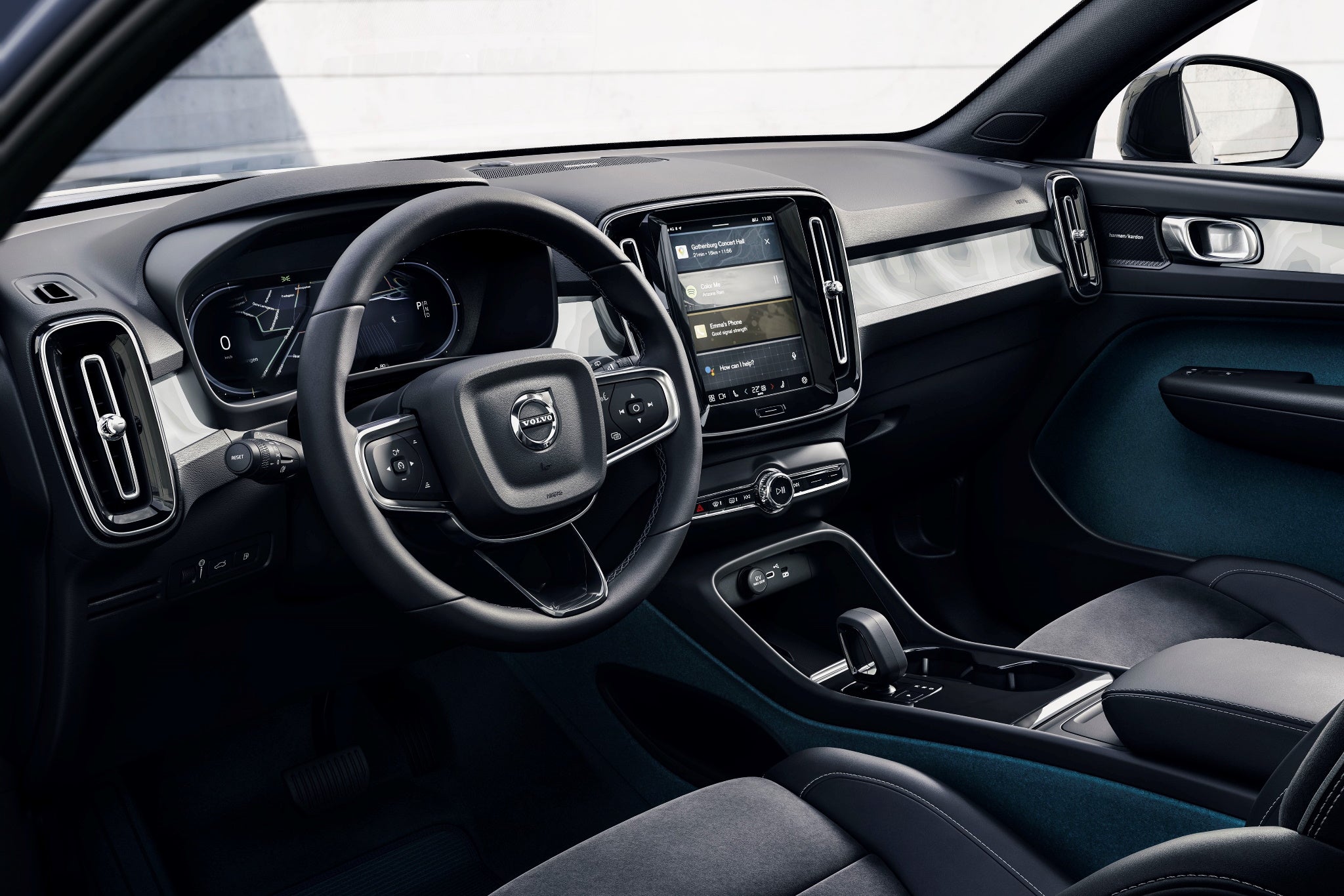 Another sustainable twist in the car’s interior is a continuation of the vehicle’s unique lighting signature. Instead of a chunk of wood on the dashboard—although wood is arguably a very sustainable material—a backlit topographical map of one of Sweden’s national parks, Abisko, is displayed to tie the interior back to nature. The stylized element isn’t flat, either. It has a subtle curve that gives it an interesting depth and makes it just that much more striking.

The feature sweeps from the dashboard all the way to the doors, surrounding the driver and passengers with a little bit of nature wherever they go, if you’re willing to buy into the symbolism. 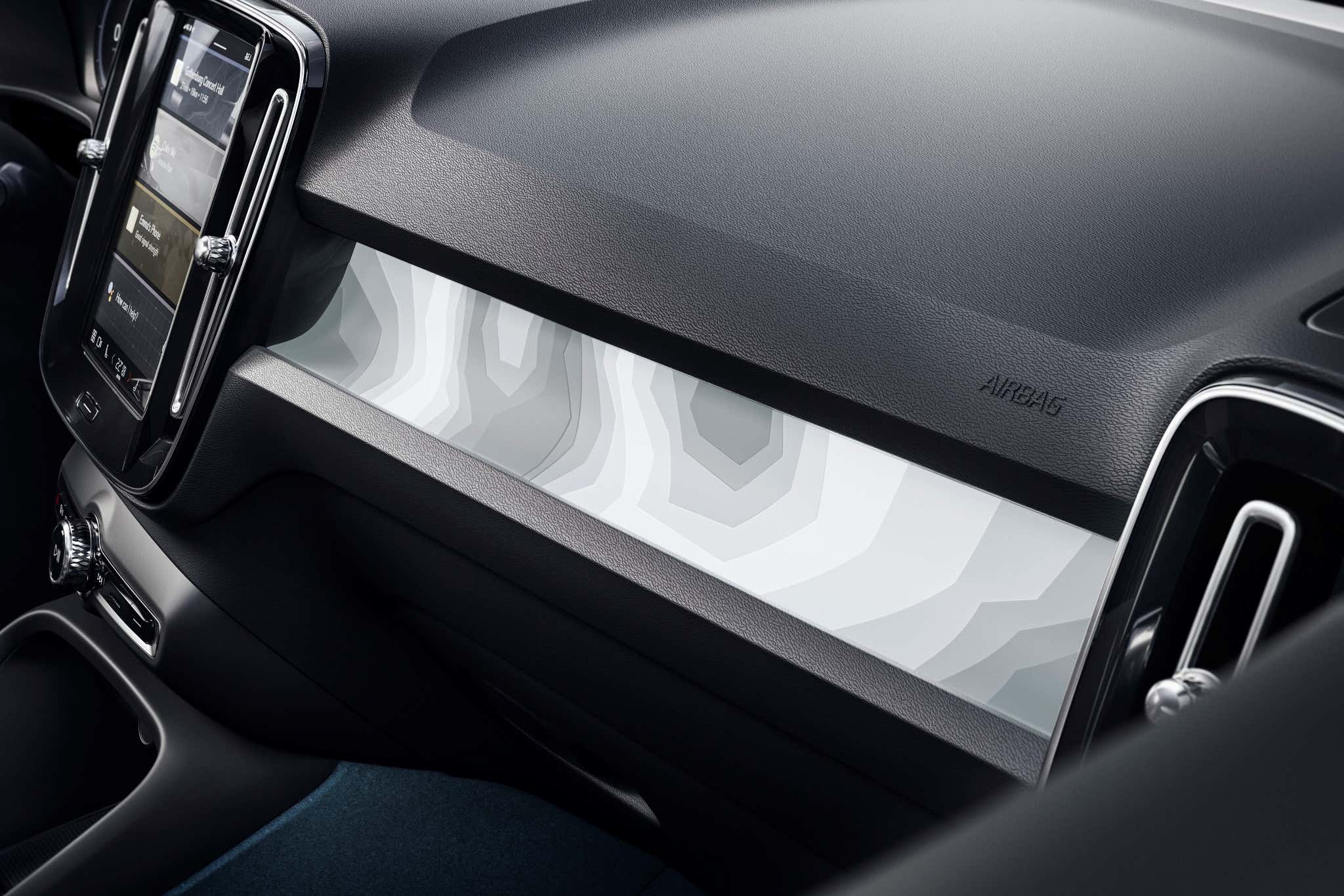 For interior lighting, forget the wild RBG lighting piped around the interior of vehicles like the new S-Class or a logo projected on the ground next to a door. This is more nuanced, more meaningful. Using the world restrained would be wrong here, though. It seems like there’s a story behind nearly every part of the new C40. An experience, a time, a place—it’s a vehicle not completely pulled and stretched by a series of engineering constraints, but a unique vision of a car executed by a team of people who have a real vision in mind. 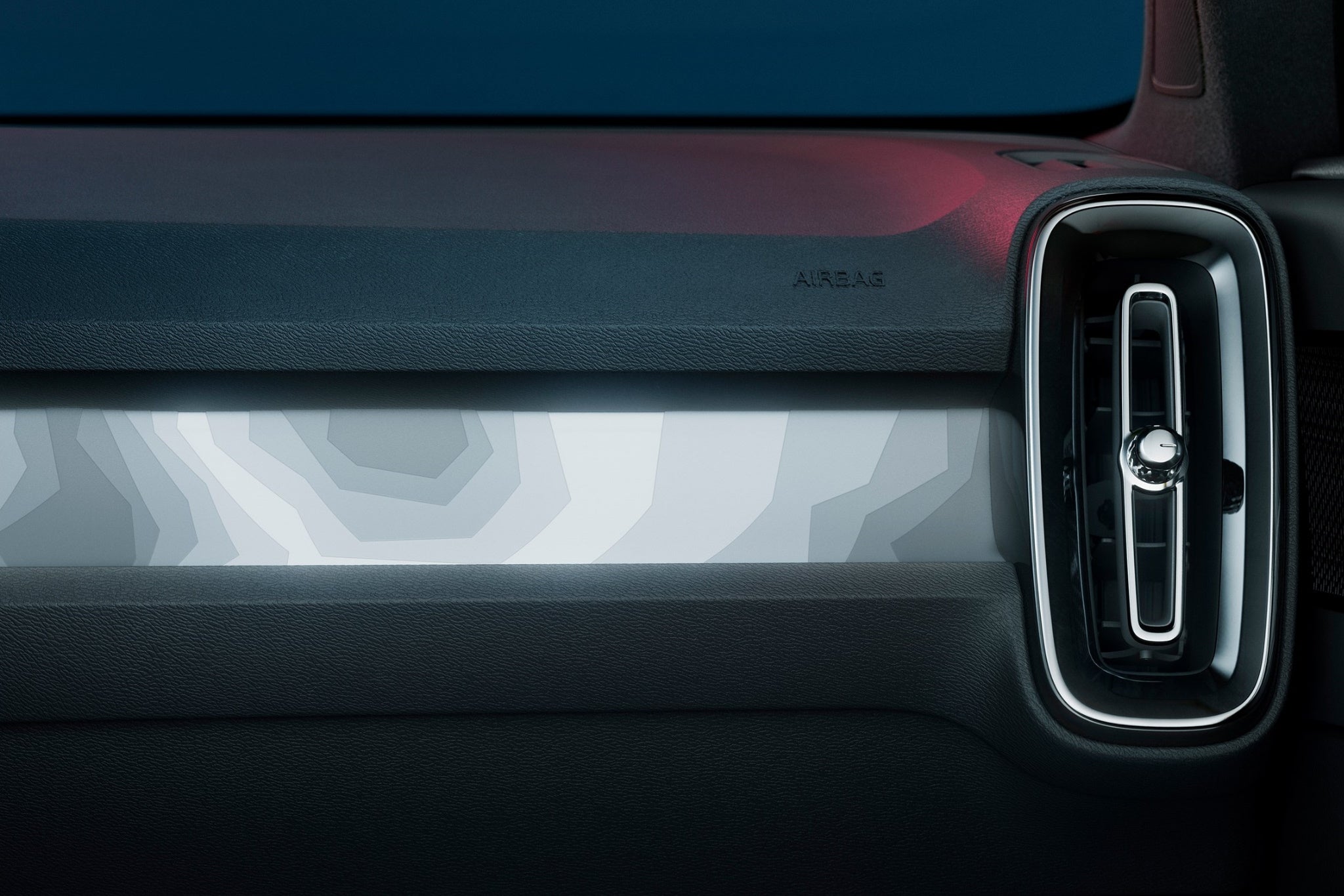 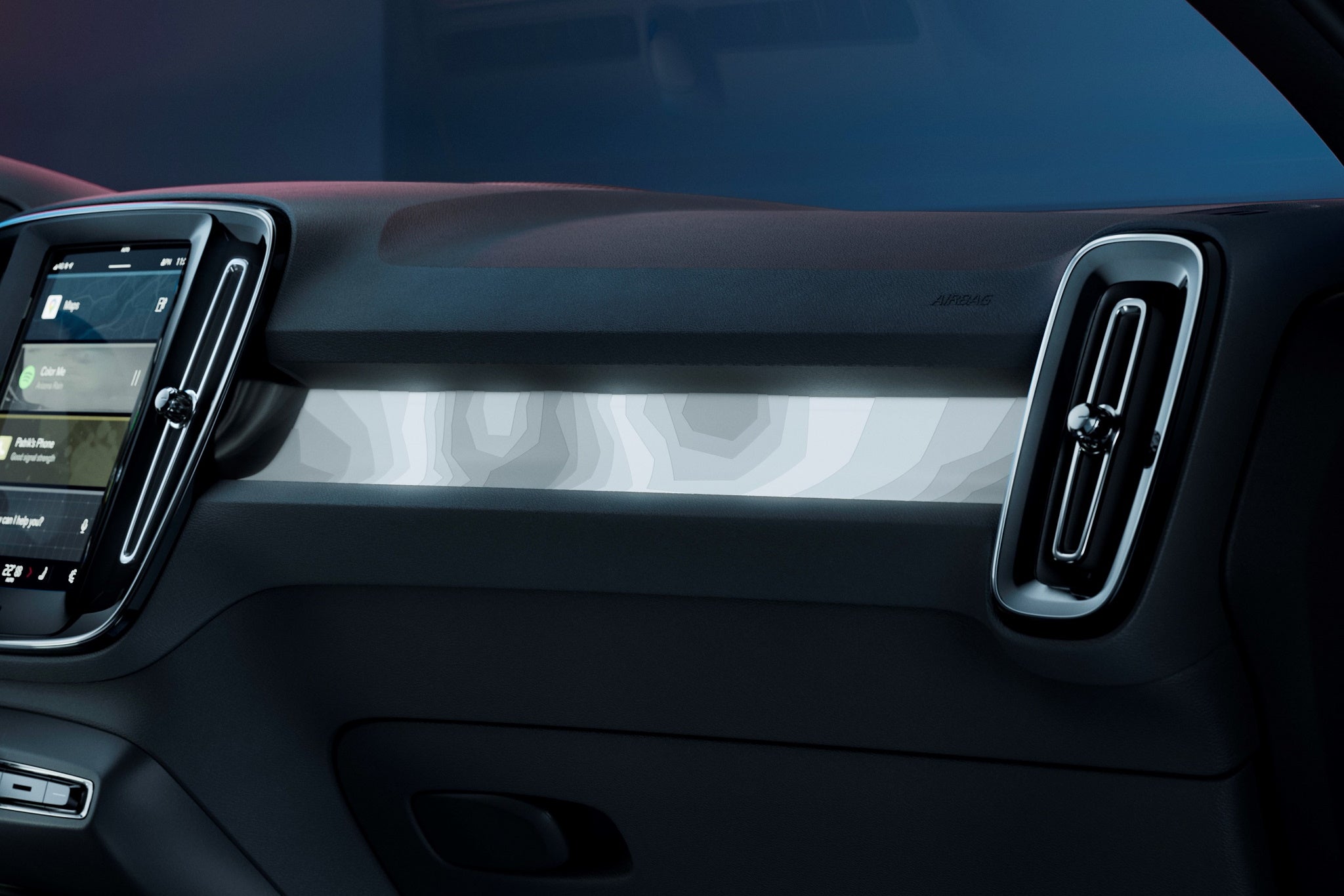 And to reiterate, this is not just some concept you’ll see pictures of but never be able to drive. The C40 Recharge is real and has 210 miles of range, but it walks a tightrope because it doesn’t use an EV-exclusive platform and its mileage may be lower than some buyers are comfortable with. It’s also smaller on the inside as compared to its electric XC40 sibling (but gets two more miles of range).

Those are two legitimate complaints, but neither of them can take the life out of this car. It’s a thoughtful design at a time when the “charge it like your phone” automobile is among us. Electric vehicles don’t have to be appliances and they also don’t need to tear your face off to prove they aren’t. All they need to do is be a little more thought-out like the C40 Recharge. 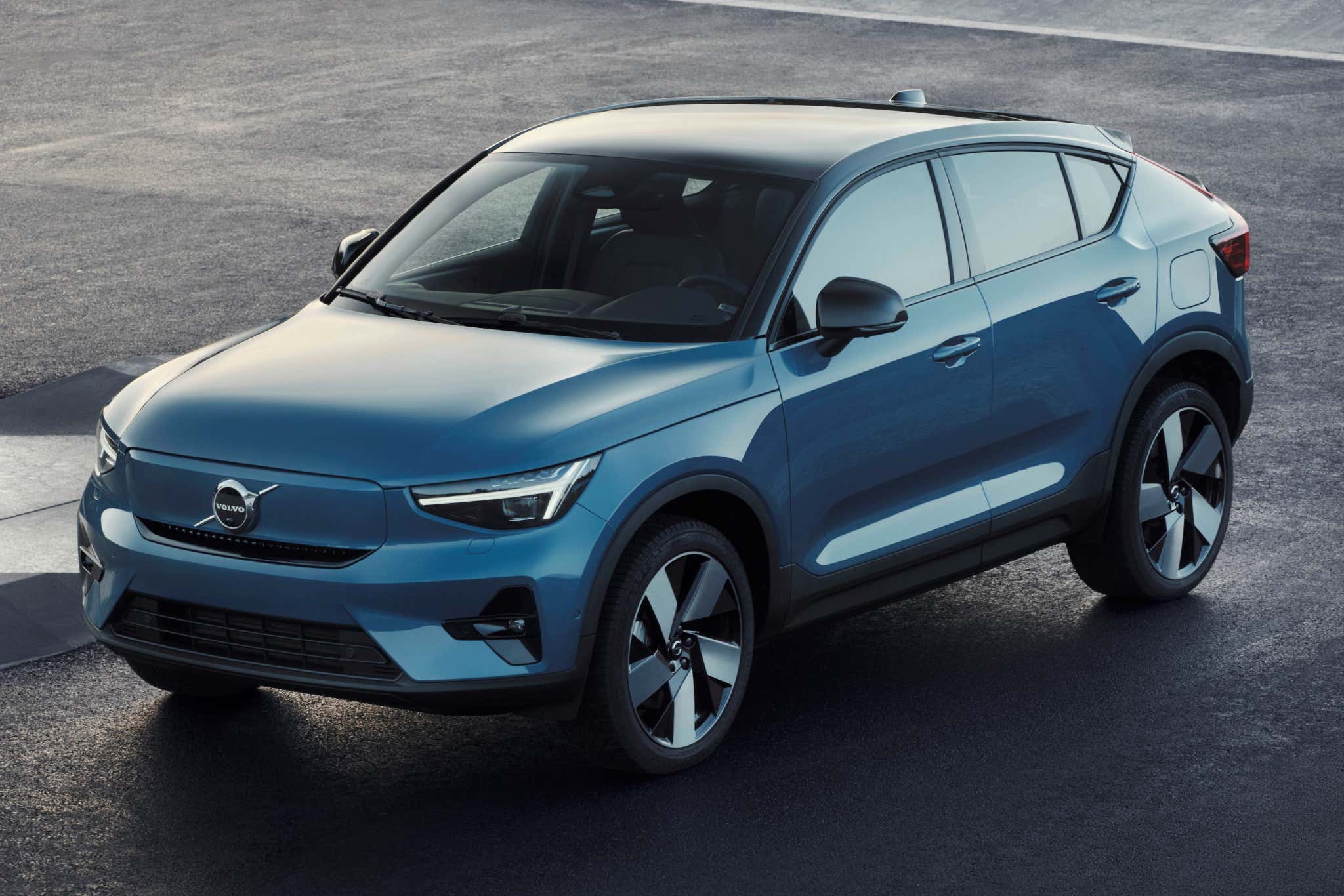