The entire Hummer brand was originally built up from one vehicle, the AM General HMMWV. Modified and sold to civilians as the Hummer H1 starting in 1992, it spawned a brand featuring two other stablemates, the H2 and H3. Hummer was dissolved in 2010 during GM’s bankruptcy; however, the nameplate has returned to GM’s lineup with the introduction of the all-new Hummer EV. Now, as CNBC reports, it seems like the tables have turned. The Army is entertaining a military version of the electric civilian vehicle.

Let’s make a few things clear before we get lost in the details. It’s implied this vehicle won’t be used for frontline service yet since, obviously, charging infrastructure on the battlefield isn’t exactly reliable. “Electrifying the non-tactical fleet, that’s a no-brainer,” Deputy Secretary of Defense Kathleen Hicks told CNBC. However, she says “With the tactical fleet, it’s about this issue of how we move forward, and the capabilities we gain.” Basically what she’s saying is that for operations stateside, having EVs is fine because it’s not so tactically important. For stuff on the battlefield, running out of battery would be very, very bad. As such, the militarized Hummer EV will not, in its concept phase, be a straight-up combat vehicle, but primarily used for intelligence gathering. Its proposed name, the electric Light Reconnaissance Vehicle, or “eLRV” reflects this. 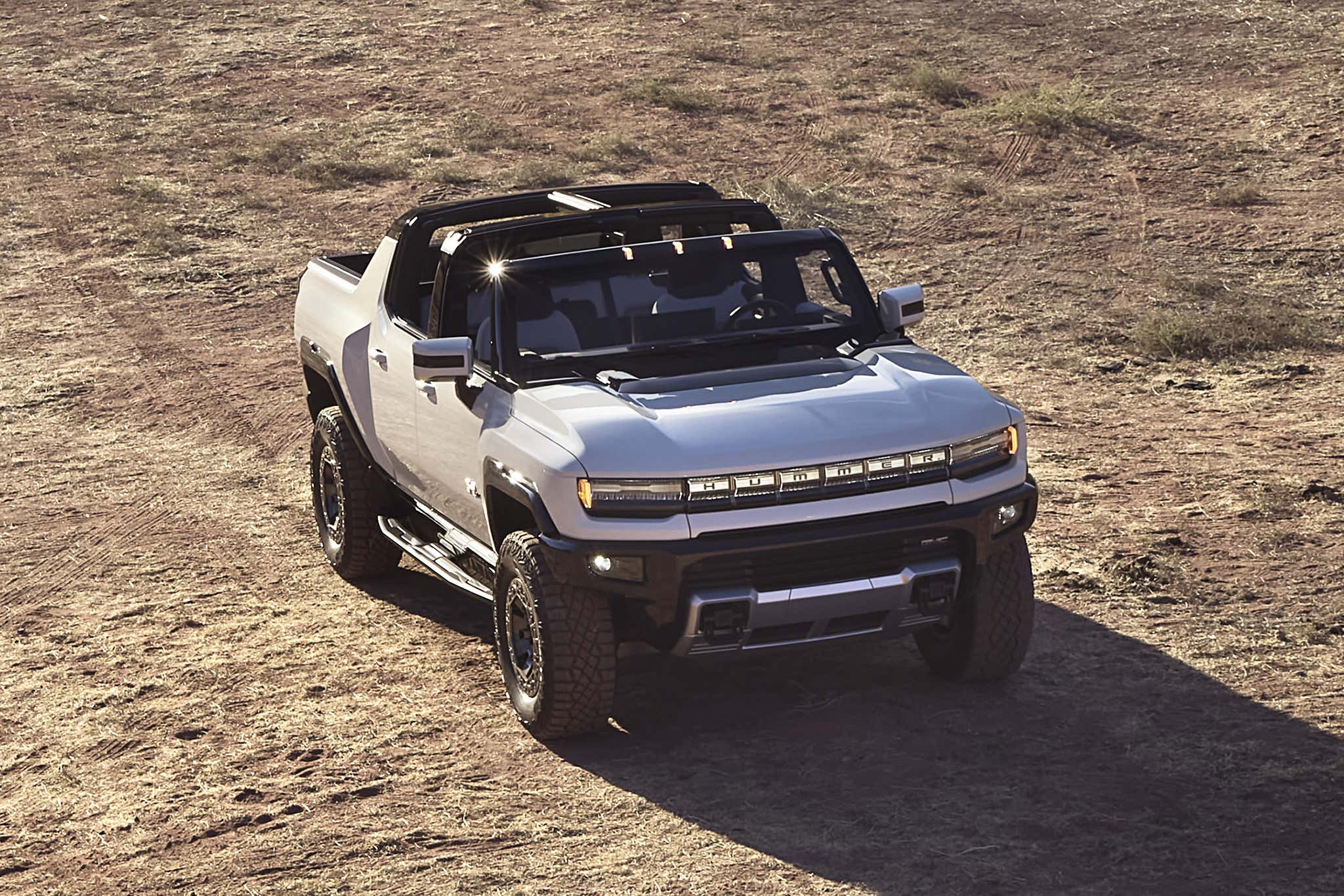 Light, in the context of the military, is a relative term. The civilian Hummer EV already weighs over four and a half tons.

Precise details of what this vehicle would look like are also unclear, although CNBC cites officials as saying that the military vehicle “won’t likely look like the consumer vehicle.” It may not resemble the Hummer EV then, but what we do know is that the eLRV could share the same basic underpinnings as the current civilian truck. Things like the chassis, battery pack, and motors will probably be the same.

GM Defense says it will build a prototype of the vehicle next year, but it’s not the only business with skin in the game. CNBC writes that 10 companies, including GM, “brought electric vehicles so the Army could test the off-road capability, define goals and inform possible solutions.” In other words, it’s far from set in stone that the eLRV will eventually get picked for what the Army has in mind.

The defense wing of the Detroit automaker has reason to be optimistic, though. It’s already sold a slew of tactical vehicles to the Army, like the Chevy Colorado-based Infantry Squad Vehicle or ISV. Along with the regular gasoline-powered ISV, the company has developed an electric prototype as well. This, in addition to the new Suburban HD, means GM Defense has an existing relationship with the government that it could potentially take advantage of, as well as the technical expertise to leverage that relationship. 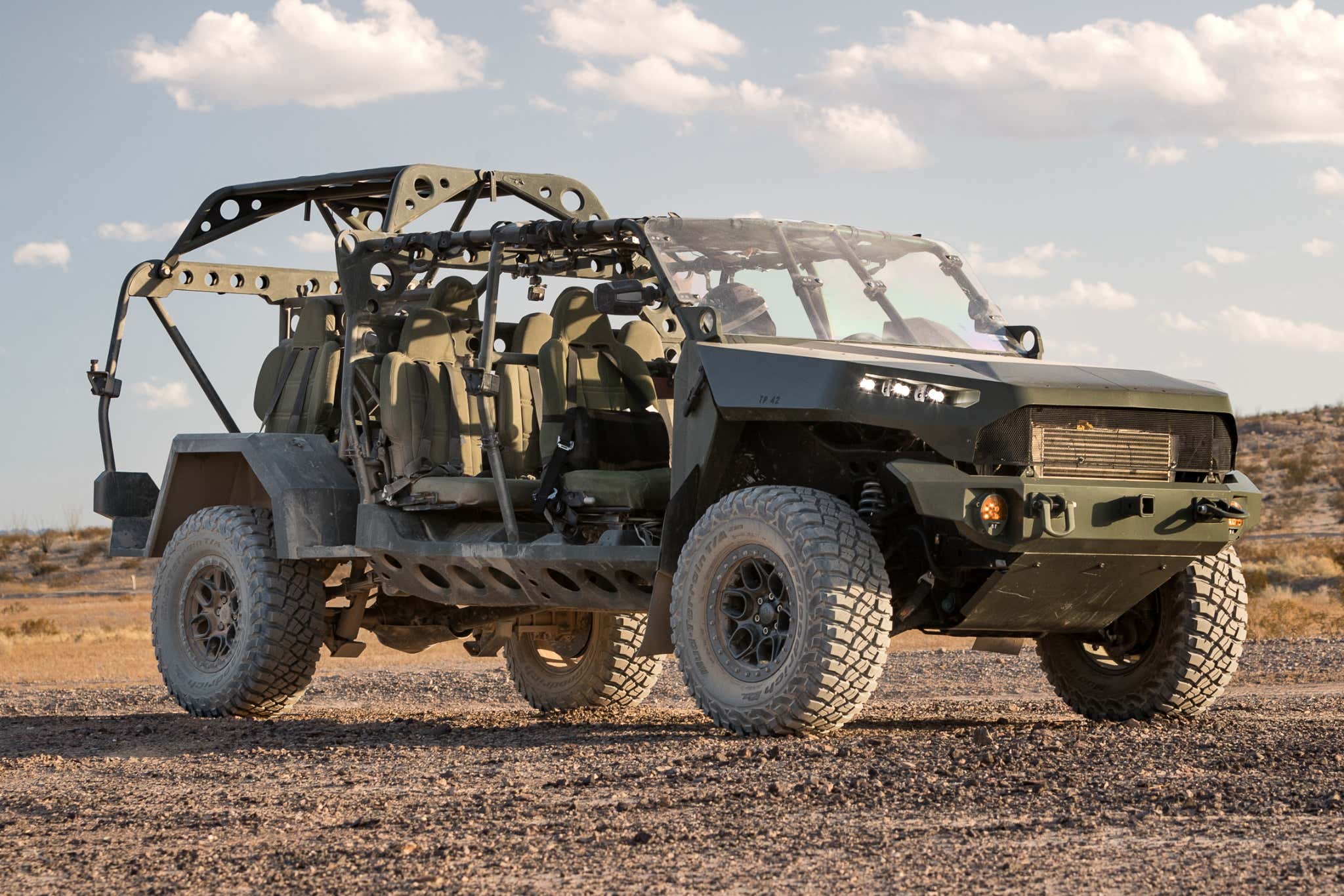 Whatever decision the Army ends up making, what’s clear is that we’ll likely see a prototype. If we had to bet, it will be something like a chunkier version of the ISV. Or maybe, if we’re lucky, a future-facing redesign of the classic HMMWV.