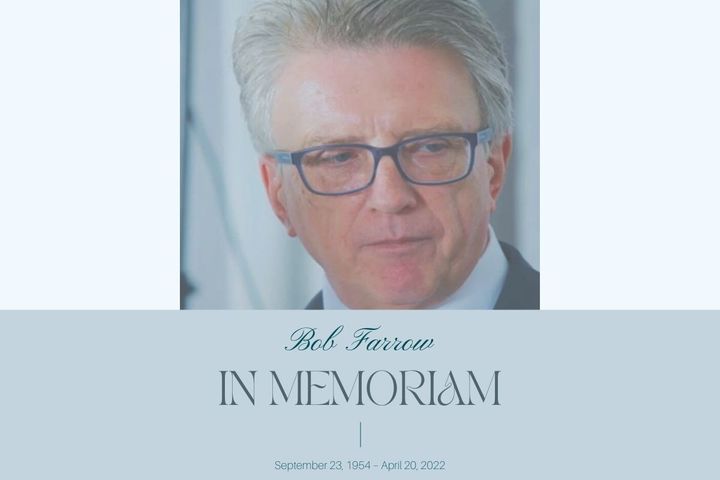 Throughout his career, Farrow worked with several of the rental giants, and spent time in the Middle East where he is credited for bringing mainstream rental to the region.

Bob Farrow was a well-revered man known by many names by those close to him. To some, he was a father; others, a partner or brother. Professionally, in the international vehicle rental and leasing circles, many referred to him as a guru; some even called him Godfather. Last but not least: An architect of his own life up until the very last moment.

Bob Farrow passed away on Wednesday, April 20, 2022, after a brave but short battle against pancreatic cancer. He was just 67.

Farrow started his career in the car rental and leasing industry in 1977 in the U.K. with Hertz, where he ran key sites before moving to franchise operations and his first introduction to the Middle East when he grew the brand in the region. He also had periods with Thrifty, Europcar, and GE Capital with TES, before he returned to the Gulf in 2002 with Al Futtaim, the Hertz franchisee for the UAE.

During both of his stints in the Middle East in the '90s and '00s, Farrow was heavily responsible for bringing mainstream rental to the region, playing a vital role in transforming the industry by introducing his own personalized management techniques and mentoring many individuals who were fortunate enough to have received his guidance.

Following his time with Al Futtaim, he remained in Gulf, primarily in KSA with HANCO and STRAC Rent-a-Car, helping them remodel, grow, and improve their operations management, with overwhelming success.

Through his own consultancy firm, BFC Management Consulting, he further propelled the automotive industry by advising various companies in the UAE, Saudi Arabia, Bahrain, Qatar, Oman, and Kuwait, along with Careem in its early days, as well as eKar, a project that was dearly close to his heart, which he sat on the board until his premature death.

Farrow was a firm believer in bringing out the best potential in people. "Regardless of where you are from, what you are doing, which stage of life you are at, he would be able to locate the necessary skills, with his subtle, sometimes witty but always uplifting way, to set you in motion toward your goals," said his life partner, Fei Chin. "People who have come across him will agree he exuded positive vibes and energy wherever he was, an extremely innovative and trust-worthy leader, and the best thing is he would treat you as a friend and every encounter with him was a fun occasion that you will remember with a smile and interesting stories to tell."

Auto Rental New's own editor Chris Brown remembers Farrow, a contributor to ARN and the International Car Rental Show. "He truly was an international ambassador for car rental, leasing, and transportation," Brown said.

Farrow's legacy will live on with the next generation of rental experts whom he has impacted directly or indirectly through the people he influenced.

New coronavirus symptoms include headaches, loss of taste and smell

Ford Bronco Is Stealing A Ton Of Buyers From Other Brands