Lucid has just changed when it expects the Air Touring model to become available, bumping it back another quarter to Q4 of 2022. This means it will debut at the same time as the Air Pure base model whose availability estimate is also Q4, but it was not subject to any recent changes.

The Air Touring is a mid-range model, the first one to get a dual-motor setup after the 480 horsepower single-motor Air Pure. It has 620 horsepower, 0 – 60 in 3.2 seconds (top speed not yet confirmed) and a projected range of up to 406 miles (on 19-inch wheels) from its 112 kWh battery; the Pure has the same pack and stated range. 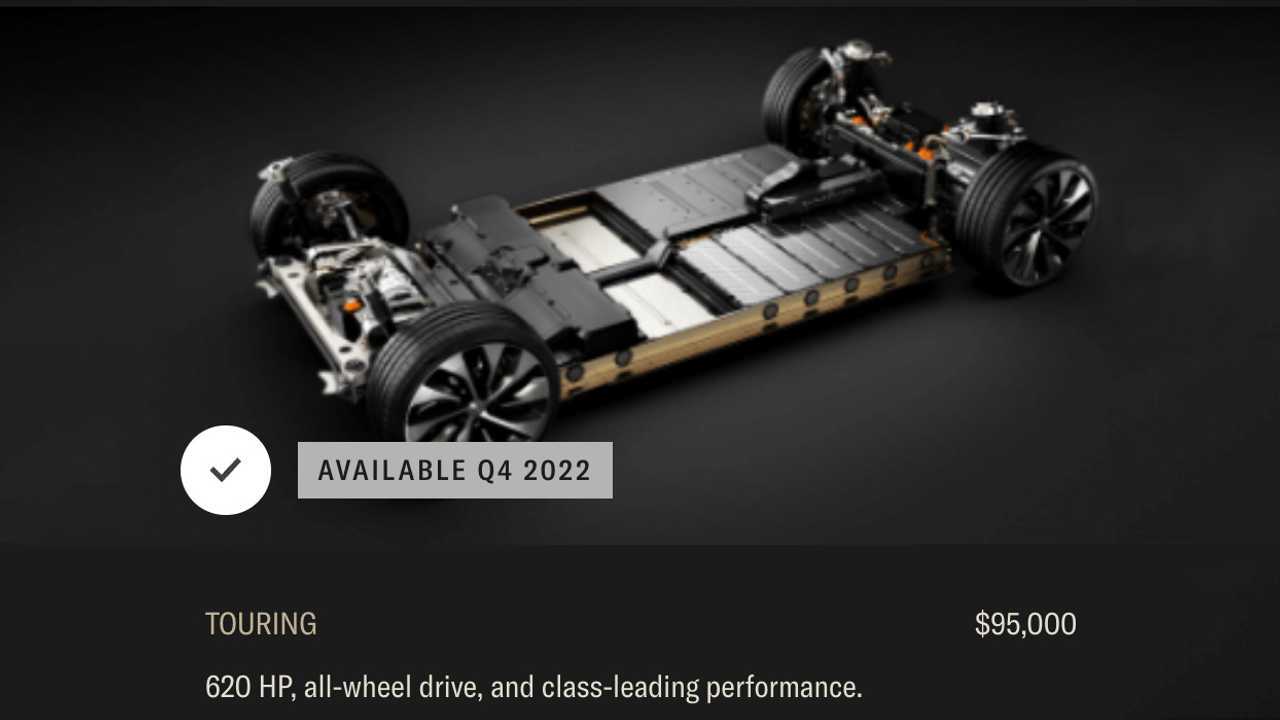 Priced from $95,000, the Air Touring doesn’t get the glass canopy roof as standard like the Grand Touring, it has a lower grade sound system and it doesn’t come with the DreamDrive Pro advanced driver assistance systems suite as standard, although all versions of the Air do support over-the-air updates.

Lucid has also yet to announce the peak rate of charge for the Touring and Pure models, since their battery packs have a different voltage compared to the 118 kWh packs in the Grand Touring and Dream edition models.

Production of the Air in Casa Grande, Arizona started in October, 2021 and by the end of this year, the manufacturer estimates it will have shipped between 12,000 and 14,000 vehicles. This is a lowering of its initial 20,000 deliveries estimate for 2022, with Lucid citing supply chain problems of the kind that been plaguing the rest of the industry for months.

Lucid chose to first deliver its exclusive 1,111 horsepower Dream Edition model first, then it moved to making Grand Touring and Grand Touring Performance models. And with the Touring and Pure models going into production in the final months of this year, Lucid is aiming to deliver 35,000 vehicles in 2023.