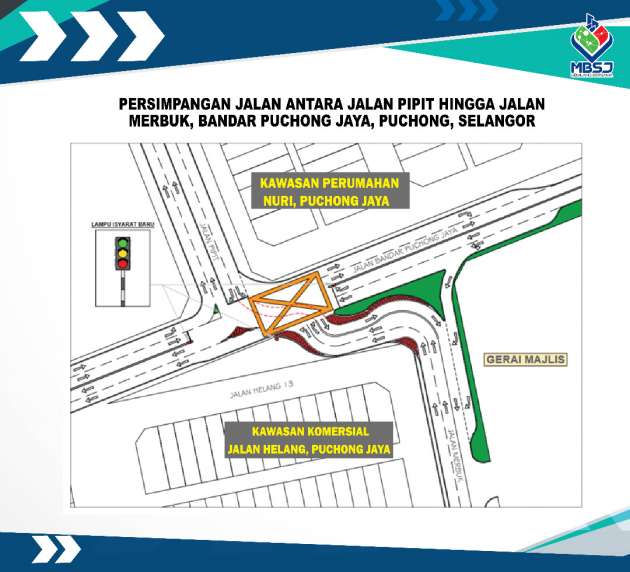 The Subang Jaya city council (MBSJ) has announced it is currently trialling new traffic lights at the intersection of Jalan Pipit and Jalan Merbuk in Puchong until January 13, 2023.

According to a post on its official Facebook page, MBSJ said the move was an extension of road junction upgrade works in Bandar Puchong Jaya which was completed on December 18 last year. “MBSJ implemented a trial period for the new traffic light intersection to obtain the appropriate and optimal time phase system for the traffic flow in the area,” it said.

It added that road users are advised to obey the instructions on signages and management of the traffic system to ensure smooth traffic flow in the area. Previously, the area had two traffic light intersections that resulted in congestion, but this has been reduced to just one intersection which is expected to resolve some of the traffic problems.