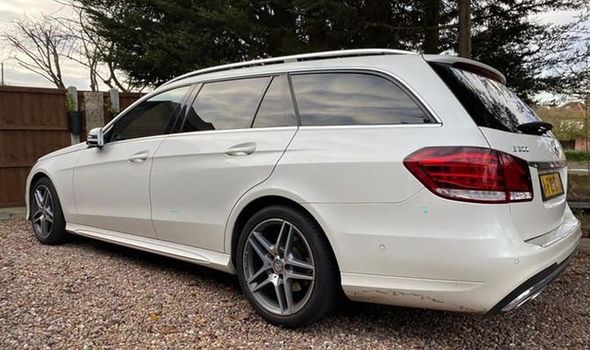 Ranjit Singh, 63, bought the second-hand Mercedes Benz hybrid car four years ago, believing its lower CO2 emissions meant it was greener than the alternatives. The motorist, from Knighton, Leicester, bought it for £27,000 at a Mercedes Benz dealership.

But Ranjit learnt this week the battery had come to the end of its life after just eight years of motoring.

He claims he was quoted £15,000 for a battery replacement – excluding labour costs which he was quoted would be roughly around £200 an hour.

Speaking to Leicestershire Live, the dad said: “I have always been a Mercedes customer and loved the cars they produce and we bought the car for its reliability.

“I’m horrified by what has happened. I feel I now have just two options – scrap the eight-year-old car or spend more than it is worth.

I’m horrified by what has happened. I feel I now have just two options – scrap the eight-year-old car or spend more than it is worth

Ranjit claimed he went to see a hybrid specialist who advised him there was nothing else he could do and that there was no cheaper repair available.

The specialist himself owned a 2018 Mercedes-Benz Hybrid and has the same problem, Mr Ranjit added.

“We also looked online at Mercedes-Benz forums, and found a lot of people facing the same issues. I fear this is only going to get worse,” the motorist said.

His daughter Ramnik Kaur, who works in the motoring industry herself, said: “Dad is very disappointed, stressed and doesn’t know what to do with the car. As a a retired person, he doesn’t have that kind of money.

“Any reasonable person wouldn’t expect a car that costs £27,000 would have a battery that would die after eight years.

“It almost feels like mis-selling on Mercedes’ part. Had we known this expense was possible at the outset, he would not have purchased it in the first place.

“This information is not readily available and I’ve only found people discussing it in online forums.”

Guide to charging your car battery

Mercedes Benz says information is available online and customers are informed of the battery certificate upon purchasing.

A spokesman said: “We have based the general information below on a 2014 Mercedes-Benz E-Class mild hybrid with a 125V high voltage battery, rather than a plug-in hybrid.

“Without the background information, we are unable to comment on why the high voltage battery required replacement in this particular case.

“Outside influences can contribute to reduced battery life, for example, operating conditions of the car, accidents, repairs and general maintenance.

“When purchasing a new or used hybrid car from a Mercedes-Benz Retailer, customers are informed of the battery certificate, which is alongside the warranty information on the Owners’ Area of the Mercedes-Benz Cars UK website and the smart.com website.”