Alfa Romeo has already announced that it will reveal the new Tonale crossover on February 8. It’s a bit late, but the automaker is hyping its latest model with a new teaser video before its big day. It’s short and doesn’t show a lot, but it provides a glimpse at the front end and a look at the instrument cluster. However, Alfa does a great job hiding the car’s finer details.

Spy shots have revealed the crossover’s overall design, with the icon Alfa grille at the front flanked by two thin-slit headlights positioned high on its face. The teaser confirms these details, revealing the car’s daytime running light signature in its instrument gauge display. The camera pulls back to reveal the screen, but not much else. There’s a small slice of the steering wheel in the video, too, which reveals a portion of the Alfa badge in the center.

The new Tonale will slot below the Stelvio in Alfa’s lineup, giving the brand an important product in a key segment. The crossover looks like it’ll adopt some of the Stelvio’s more prominent design features onto the smaller model. However, we’d like to see the Tonale without any camouflage.

Powertrain details are under tight security, though rumors help fill the void. Once suggests a turbocharged 1.3-liter plug-in hybrid will produce around 240 horsepower (179 kilowatts). There is also speculation that a turbo four-cylinder will make 130 hp (97 kW), and a mild-hybrid variant will produce 160 hp (119 kW). There could be a diesel making around 130 hp (97 kW) but don’t expect it in the US.

We’ll get all the details soon enough. The Tonale will debut on February 8, and it should be on sale in the US before the end of the year. The crossover has already suffered two delays, and production hasn’t started yet. We expect Alfa to provide pricing information closer to its on-sale date. 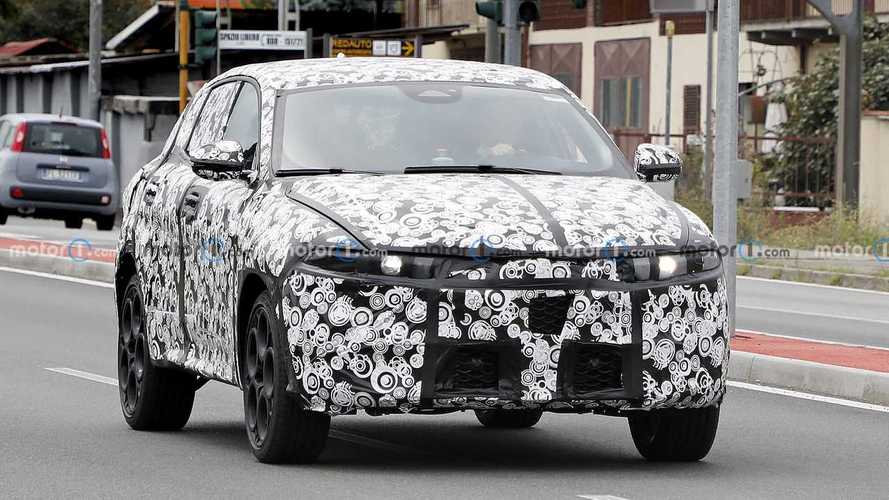