The new Nissan Z will go racing in the Fuji 24-Hour Race at Fuji Speedway on June 4 and 5. Nismo, the automaker’s competition division, will use this as an opportunity to obtain data about how the model competes on the track.

Two teams of three drivers per car will race the Z at Fuji Speedway. Nismo will campaign one of them, and Max Racing will handle the other car. Both will compete in the ST-Q class for vehicles that don’t fit in other Super Taikyu Series classifications. 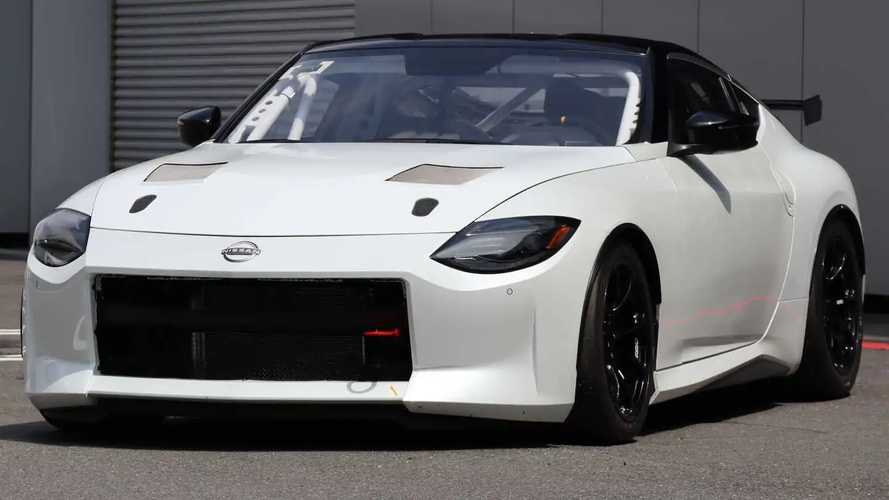 Nismo is not offering any details about the modifications to these cars to take them racing. The images show a revised hood with a vent on each side of it. The interior is stripped out, and there’s a full roll cage in the cabin.

The racing Z rides on eight-spoke, Nismo-branded wheels with a black finish. The slotted brake discs appear larger than the pieces on the road-going version.

At the back, there’s a black wing and a small spoiler. The piece looks similar to the one on a car in a recent spy video. Nissan doesn’t supply shots of the rear of this Z, but from the side, there appears to be a larger diffuser than on the road car.

Prices for the US aren’t yet available. Rumors suggest that pricing for this region starts at around $40,000, which is in line with the Japanese-market figures.

When it arrives, the Z has a twin-turbocharged V6 that makes 400 horsepower (298 kilowatts) and 350 pound-feet (475 Newton-meters) of torque. This is enough to reach 60 miles per hour (100 kilometers per hour) in under five seconds. Buyers can select a six-speed manual with a rev-matching function or a nine-speed automatic.

University of Canterbury theatre club cancels Chaplin: The Musical over concerns about his womanising, scandalous life

COVID-19 vaccine in Colorado: How people 70 and older can get the COVID vaccine