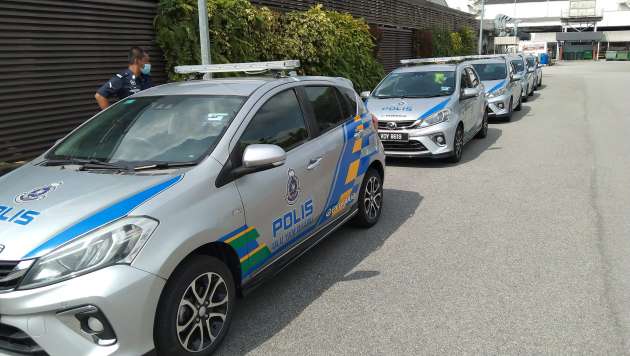 The Perodua Myvi has once again become the subject of high rotation on social media, where a handful of the cars in police colours have been seen to be unloaded from a transporter truck.

From images in a now-hidden Facebook post by SM Offroad and Outdoor Equipment (SMOE), the country’s most popular B-segment hatchback appears to have joined the Royal Malaysian Police (PDRM) fleet of patrol vehicles, as a batch of the cars have been photographed wearing police livery.

While the latest iteration of the Myvi is the facelifted third-generation car, the group of cars in these images are of the pre-facelift 2018 version that was launched towards the end of 2017. 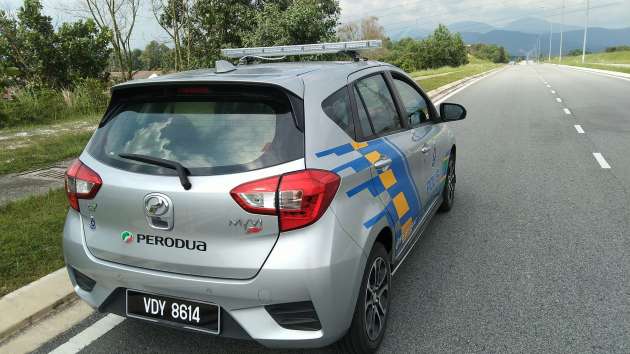 According to the Facebook post that is no longer visible, SMOE wrote that all units of the Myvi depicted are part of the carmaker’s corporate social responsibility (CSR) initiative with PDRM, in which the vehicles will be used for “light patrols in selected police districts.”

Some of the cars were seen to be wearing the names of said police districts, such as Ulu Yam Bharu and Serendah; both are located close to Perodua headquarters and manufacturing in Rawang, Selangor. Notable aspects include the body colour of silver, which is normally white for official police vehicles, and the cars here are also seen with Perodua stickers.

As mentioned, the vehicles here are of the pre-facelift iteration, which means that the powertrain in this range-topping AV variant will be the 1.5 litre 2NR-VE engine producing 102 hp and 136 Nm of torque, which is sent to the front wheels via a four-speed torque converter automatic rather than the D-CVT unit of the latest, facelifted model.

Overcoming Cancer, Postponements and a Hurricane

Message in a Chocolate Box

Coronavirus: Tui Group to cut 8,000 jobs due to pandemic impact