Yesterday’s discussion of car and driving myths generated one of the most active comment sections we’ve seen in a long time. Some of you came in with hot takes about transmission rebuilds, while others were bothered by our reference to some drivers’ enduring paranoia of seatbelts. A handful, however, brought up myths many people still widely believe—erroneously. We’ve collected the top three here, in part so some of you can feel smug about your skepticism, and in part so we can shed some light on some common car misconceptions.

Despite decades of escalating crash safety standards, new technologies, and videos of head-to-head crash tests between new and old cars, some people still believe they’re safer getting hit in a 1950s Chevrolet than a 2000s model. There’s always some naive justification for this faith, too, like there being more metal, not plastic between them and an oncoming Suburban. If that were true, though, all we’d need to safely ride a motorcycle or drive a race car would be a mixing bowl and a strap. And good luck getting that past tech inspection. 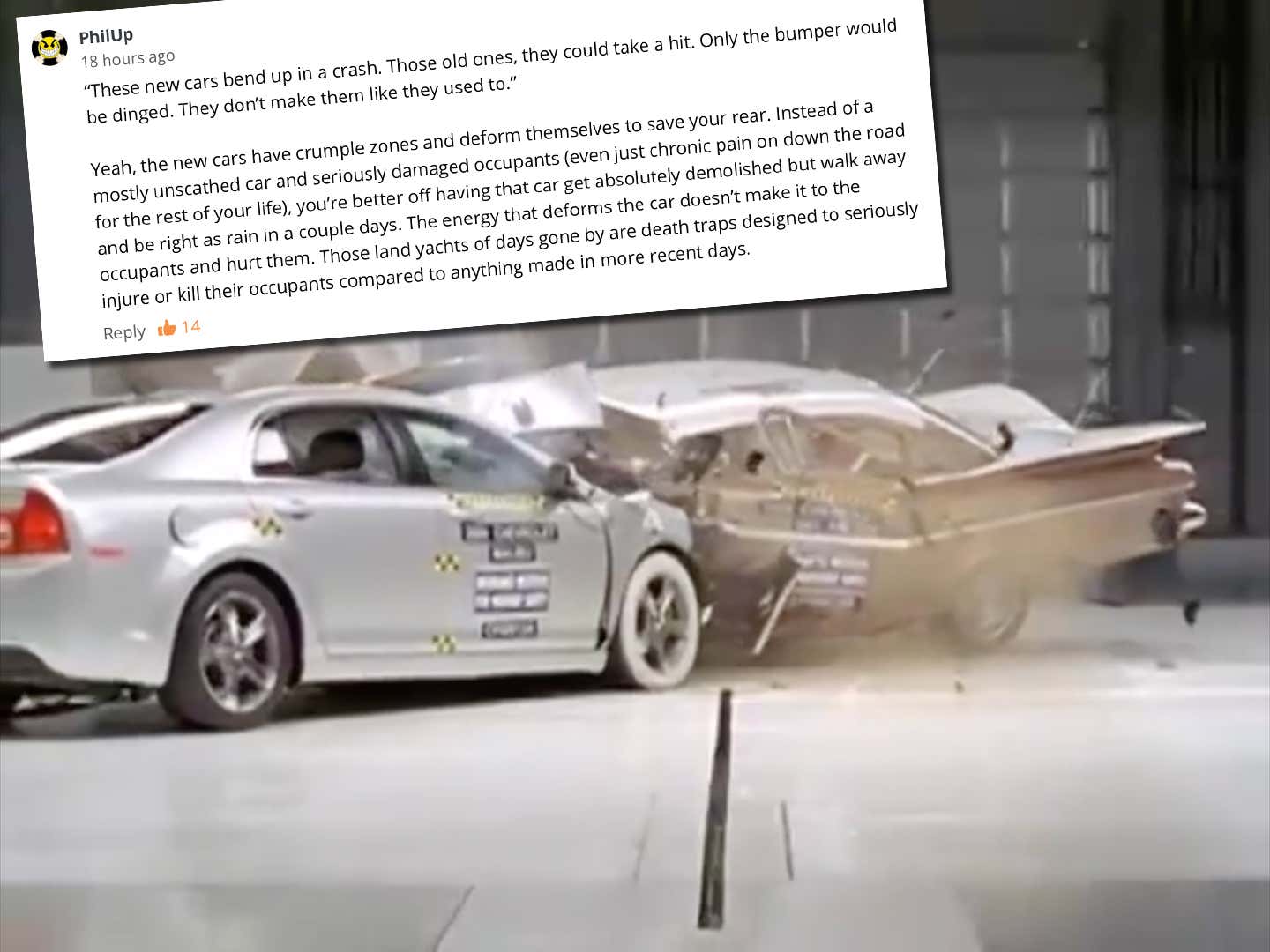 Thirsty startups may have been a problem in the bygone days of carburetors, but they’re generally not a thing in the age of precise, computer-controlled fuel metering. If idling were more efficient than stopping and restarting the engine, someone with the evidence to prove it might want to give the car industry a heads-up. They’d appreciate it. 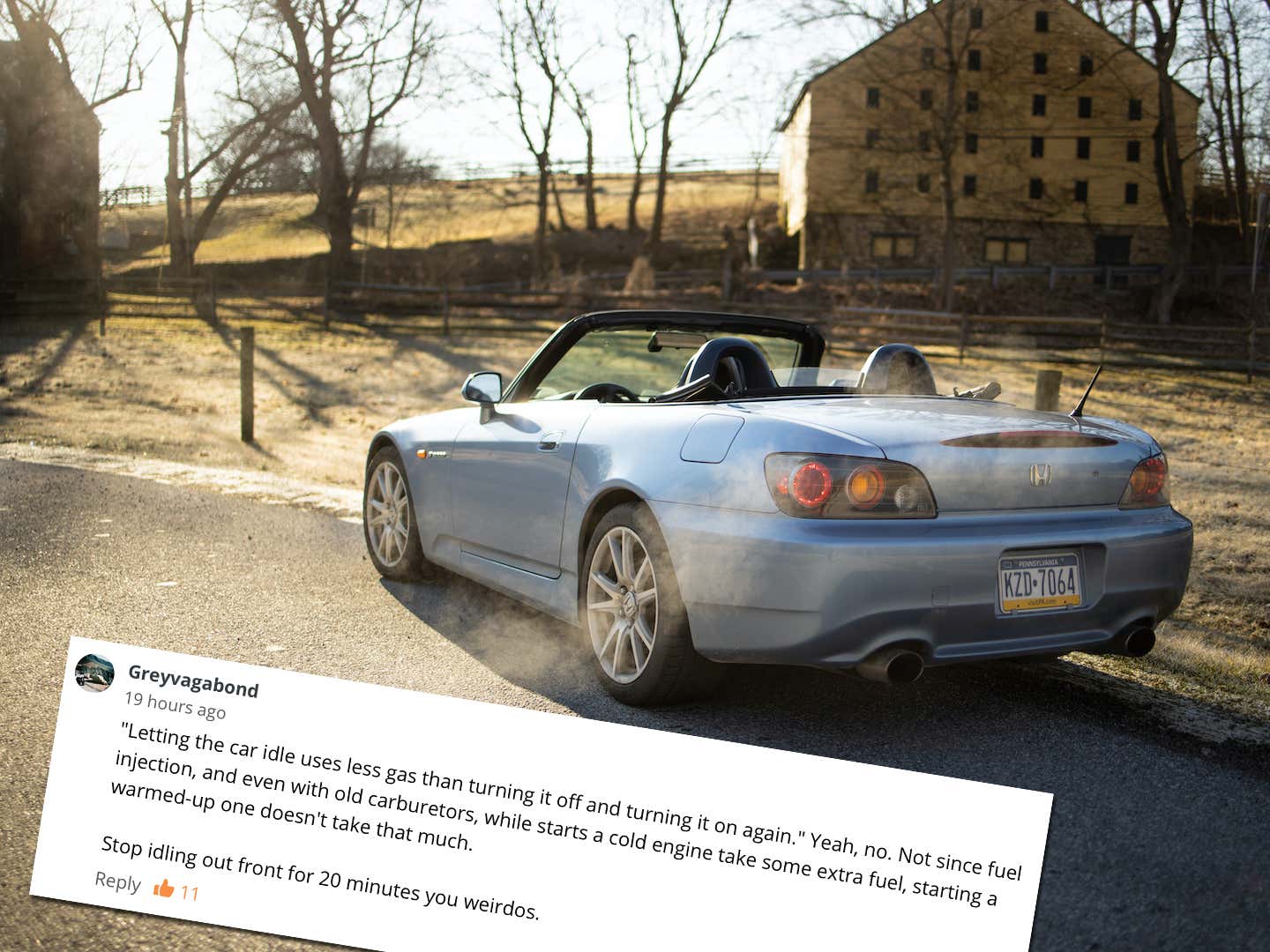 Let’s get the small kernel of truth to this one out of the way first. If you’re cruising alongside someone who checks their Twitter more than they do their mirrors, then sure, the extra ruckus might alert them of your presence. And besides, if you’ve gotten yourself into a position where your only defense is sheer noise, you may want to brush up on the basics of defensive driving before hitting the road again. 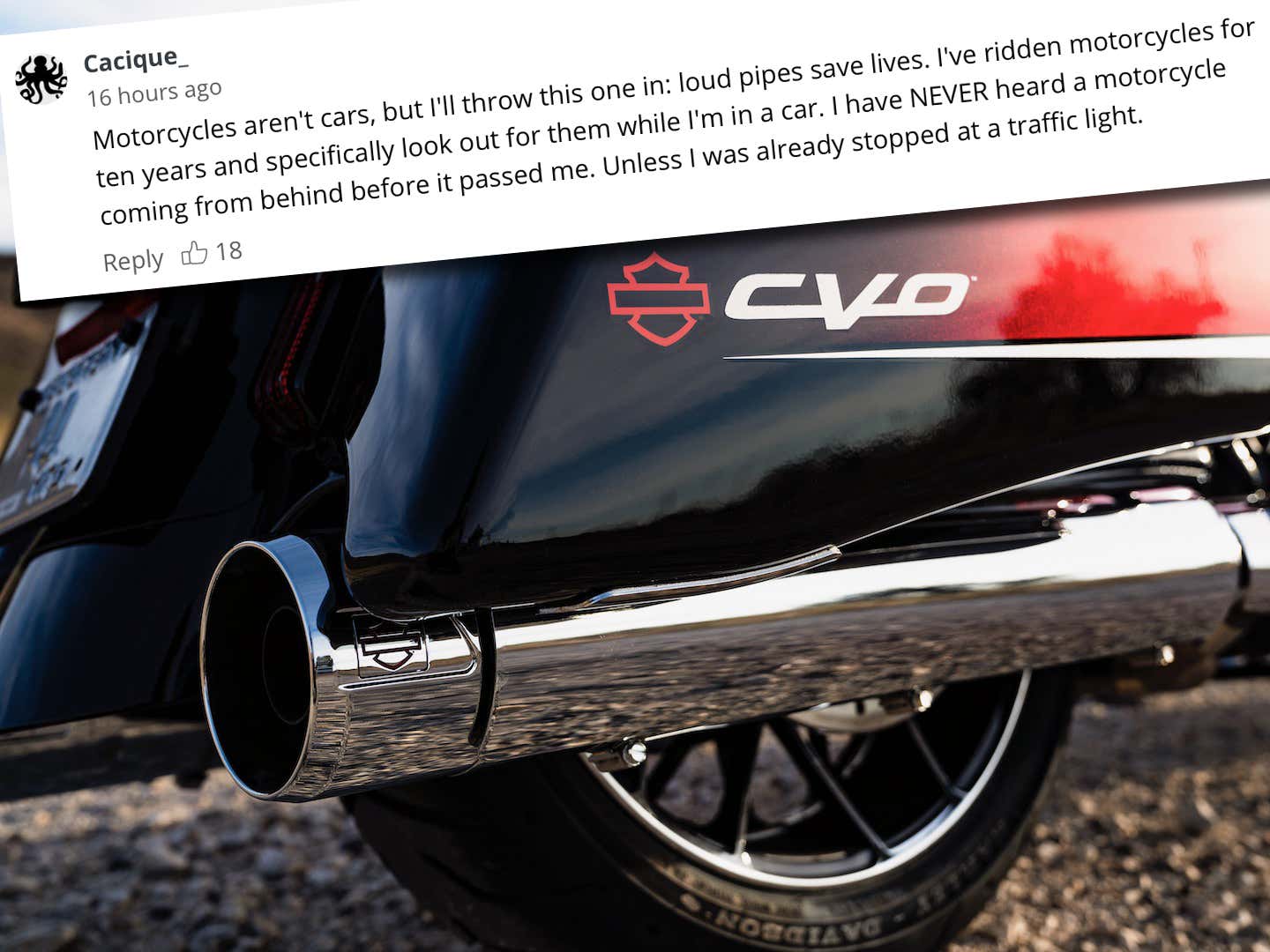