Sanctioned motorsports are great and all, but the very rules that enshrine fair competition also have a dampening effect on the cars that compete. This isn’t so when it comes to building a car for your own lurid enjoyment however. Groups like Hoonigan have demonstrated just how wild a car can be in recent years, with projects like the 862 horsepower Gymkhana Subaru WRX STI serving as a great example. This week, Travis Pastrana is putting it up against a cavalcade of other ludicrous builds on the drag strip. We’ve featured similar videos before, but this time there’s a twist—did we mention he’s sending it off jumps at over 100mph?

It’s a video series Hoonigan are calling Flying Finish. Pastrana takes on other cars on the dragstrip in a similar manner to Ken Block’s Hoonicorn vs. The World series. In this first video, the competition is a 1300 horsepower Nissan Altima known as the Altimaniac. Sporting a rear-wheel drive conversion, it packs a 4.1 liter stroked VQ38 V6 under the hood with twin turbochargers helping it gulp down gallons of air every second. It’s very much a drift build, sitting impressively low to the ground with its 3D-printed widebody looking suitably mean on track. 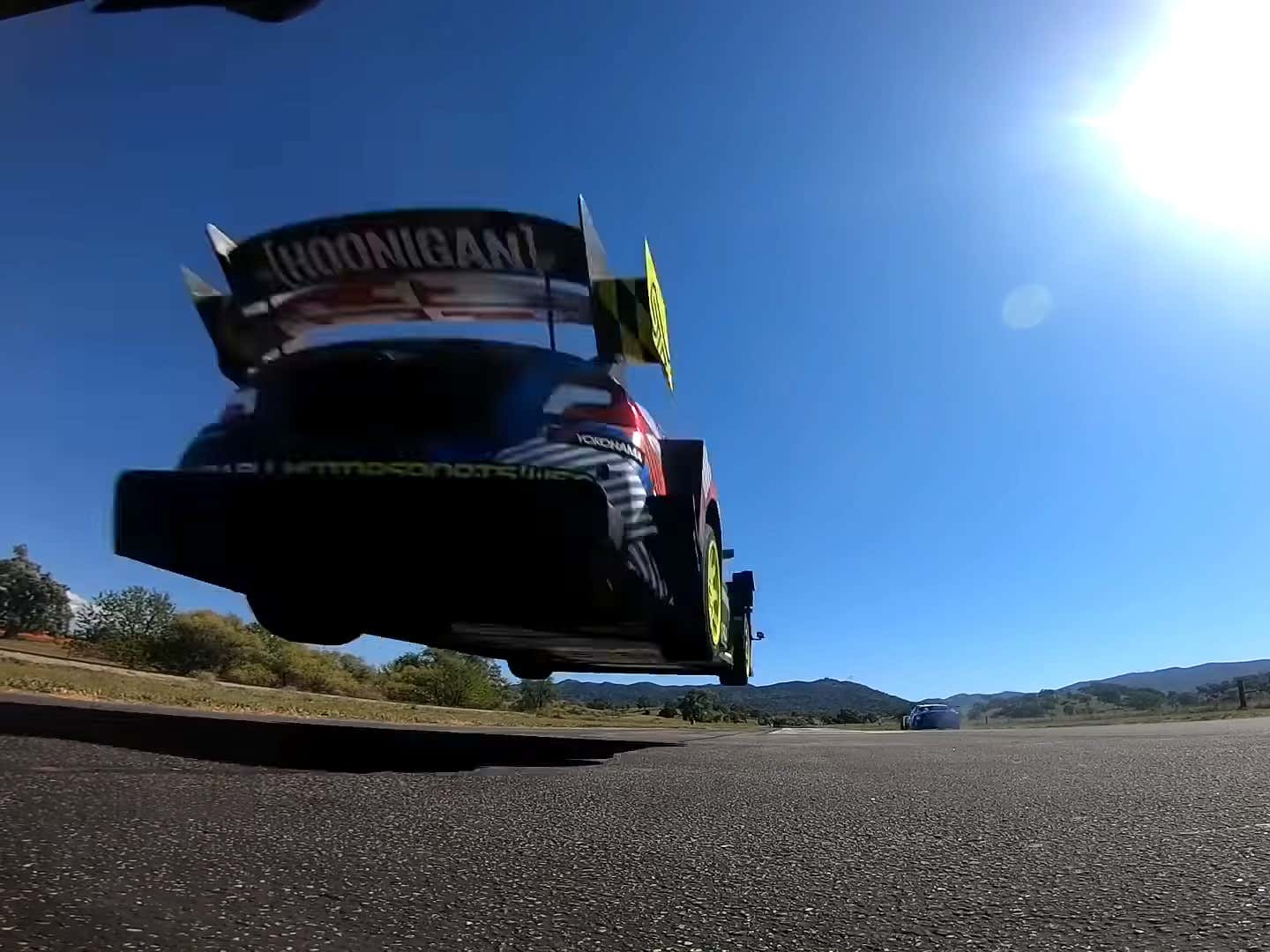 You could be forgiven for thinking that Pastrana’s humble Subaru doesn’t stand a chance, given it’s over 400 horsepower down on the competition. However, the Subaru has a weight advantage, being over 540lbs lighter, as well as the benefit of all wheel drive. With the Altimaniac ripping burnouts the full length of the 1000 ft race distance in practice runs, the traction advantage is tilted heavily in Pastrana’s favor. 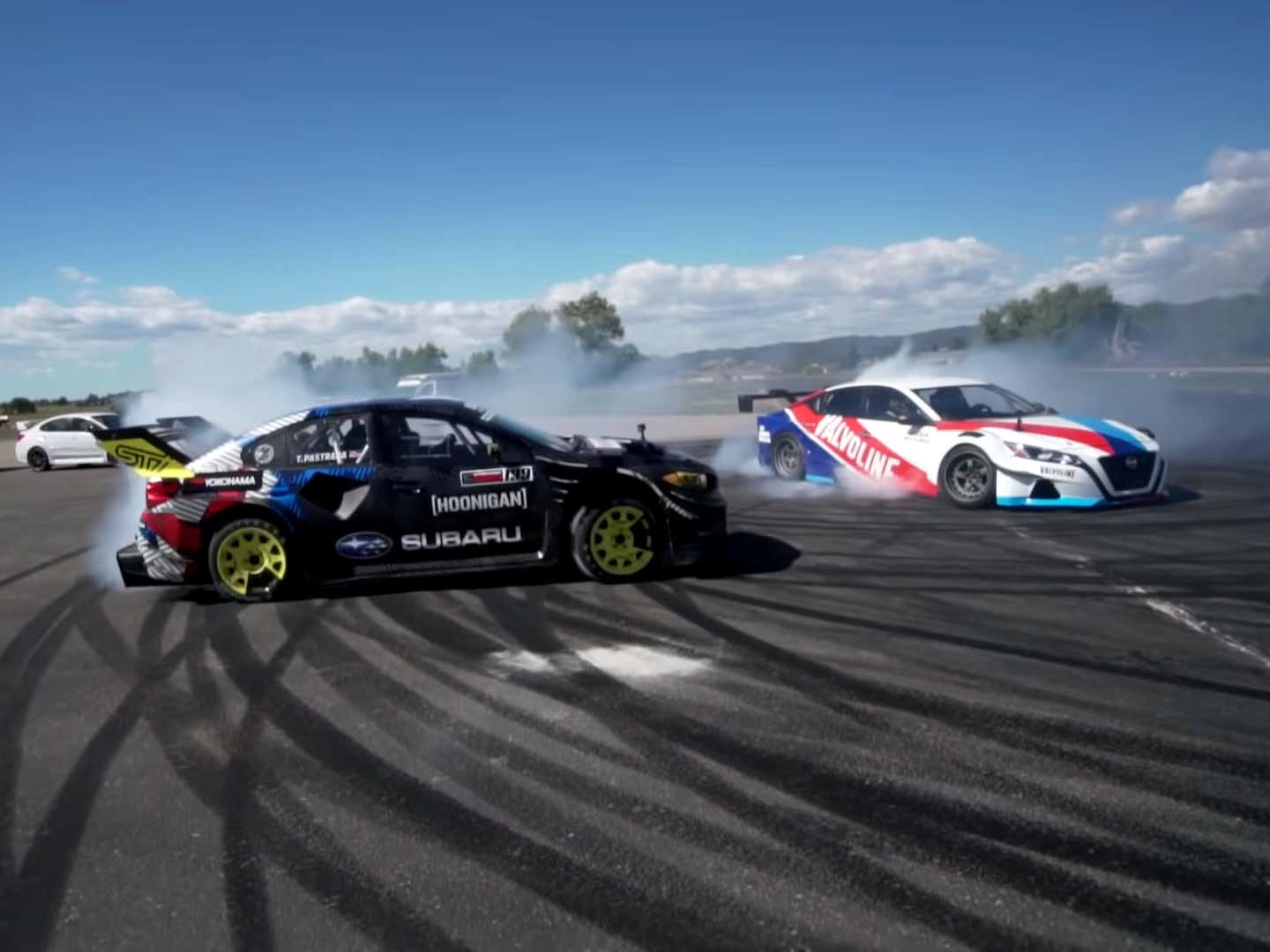 It bears noting as well that the name of the series – Flying Finish – isn’t simply a cliche. In each race, Pastrana sends his car over the jump from Gymkhana 2020 at speeds well over 100 mph. Unlike the Gymkhana video, he’s not doing it over a body of water and a passing speedboat, but it’s still an excellent spectacle. Perhaps most impressive is the manner in which the Subaru takes the jump. Time after time, Pastrana sticks a clean landing despite the huge speed involved. It’s a testament to the suspension tune of the car and the driving skills of Pastrana himself.

While the Altima can’t keep up from a standing start due to a lack of traction, it acquits itself well with a victory in the rolling race. There’s also plenty of tire smoke involved and celebratory drifting at the conclusion of the video. There’s already a round 2 out as well, in which Pastrana faces off against Cleetus McFarland in a twin turbo Corvette. Expect more high-speed hijinks to come before the series is through.

Biden affirms support for Ukraine in first call to leader