The season met Acura’s expectations when that WTR operation scored the overall win at Daytona. Races like Sunday’s win at Laguna Seca, where both Acuras lead their own strategy and the team extended its strong championship position, are icing on the cake.

The Meyer Shank Racing car switched onto an alternate strategy early, then took the net lead with just under 45 minutes to go. Fuel strategy put the car in a good position, but the team did not have the pace while saving fuel to convert into a race win. 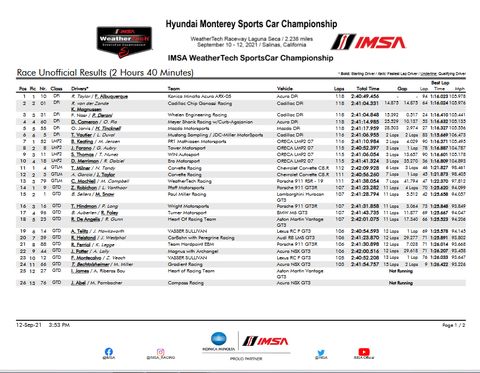 The Wayne Taylor Racing of drivers Ricky Taylor and Felipe Albuquerque car retook the lead 20 minutes later en route to a comfortable win over both the Chip Ganassi Racing and Action Express Racing Cadillacs that are set to become full factory entries in 2023. The Shank car finished fourth, just ahead of the race’s lone Mazda.

In GTLM, Corvette Racing took care of business to win in 1-2 fashion yet again. Surprisingly, the No. 4 car of Nick Tandy and Tommy Milner led the way in this one. Despite Corvette’s overwhelming success in what has been largely a three-car class all season, that marks the entry’s first win since the one-off sprint race at Sebring last season. 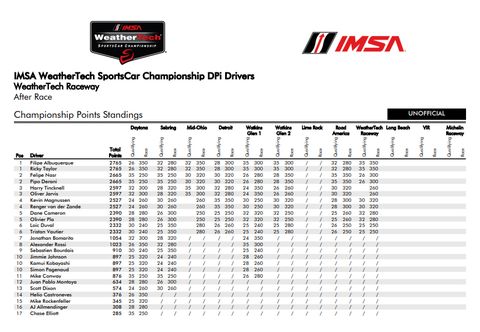 In GTD, the No. 9 Pfaff Motorsports car claimed a class win over the Paul Miller Racing Lamborghini and Wright Motorsports Porsche. The No. 96 Turner Motorsport BMW led the first half of the race, but lost time in the pit lane with an hour to go and was left to settle for fourth. PR1 Mathiasen took a class win in LMP2, while LMP3 did not race in this round.

The sports car championship will run its delayed Long Beach round in two weeks.