Studied the old tyres which died at 27k kms and everyone’s consensus was over inflation of tyres, which was heartbreaking considering I kept 35psi in the initial days as per the company recommendation.

BHPian Kanboy recently shared this with other enthusiasts

Got new tyres (Michelins MY0322) fitted and took the car for a nice 550km run. Quite satisfied with the tyre characteristics which are exactly the same as fordfreak and Vishesh mentioned. Keeping 33psi (Cold Tyres) presently but will bump it to 34psi, just to see how the car reacts. While the tyres were out, checked on the F/R Brake pads, which seemed good for another few thousand kms.

Studied the old tyres which died at 27k kms and everyone’s consensus was over inflation of tyres, which was heartbreaking considering I kept 35psi in the initial days as per the company recommendation and then 33psi when i just wasn’t satisfied with the ride quality, but seems like the damage had been done till then.

I saw the yoko Earth1s, they seemed much softer than the Michelins, but this time around I just wanted a durable tested product, as I am scarred by the lowest mileage achieved by any of my tyres till date.

The Sunroof creaking is perpetually there so won’t discuss that, as I keep the music a bit loud to mask that. In silence I have learned to live with it.

After Vishesh‘s post here I did try to listen to the suspension noises, which aren’t there yet, though OCCASIONALLY there is a sound coming from the front which seems like some component which is loose inside the bumper or one of the fenderliners.

Secondly after a long drive my car’s steering makes weird noises for like a few minutes and then it’s back to normal again. And ya the service is due, which I’ll get done this week. 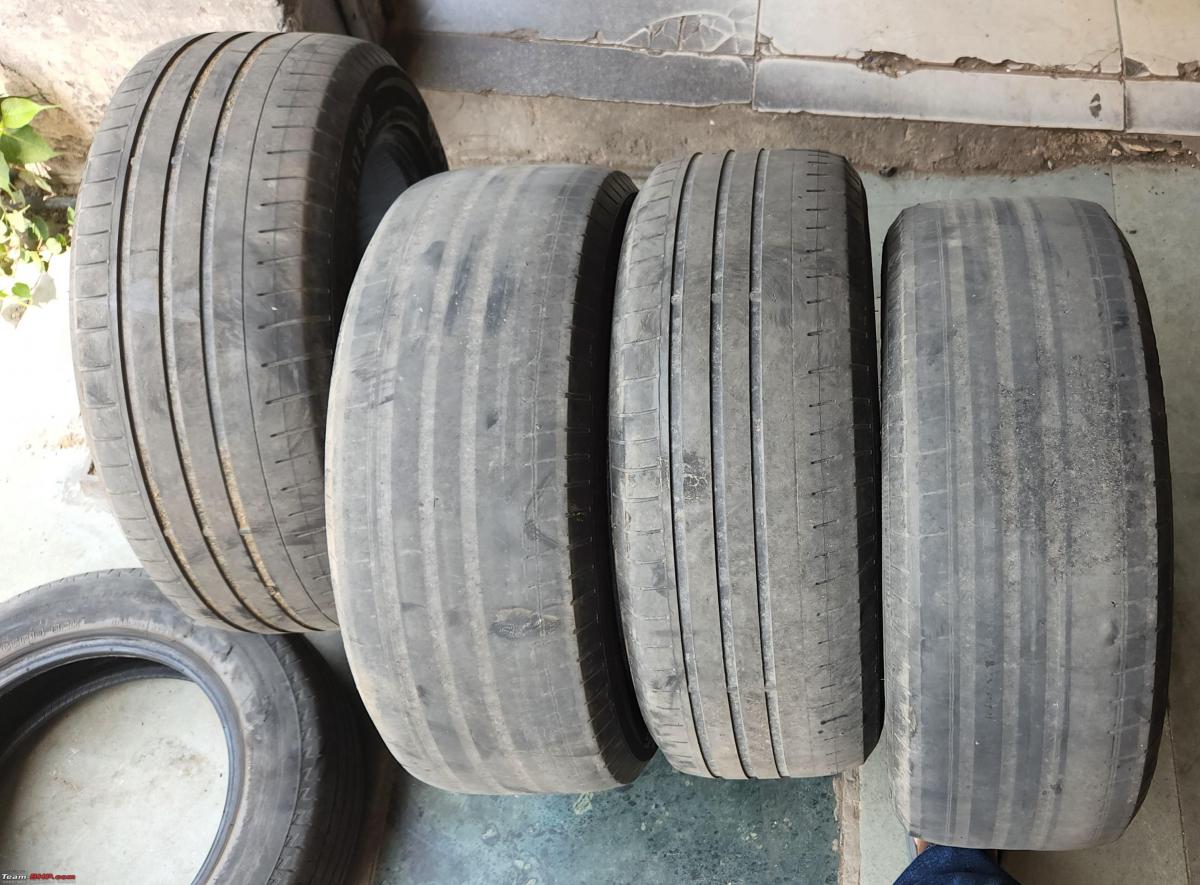 Mum misses out on £3.6m after changing her EuroMillions numbers for a week