A summer spent avoiding shopping and excavating our closets has yielded some surprising revelations. 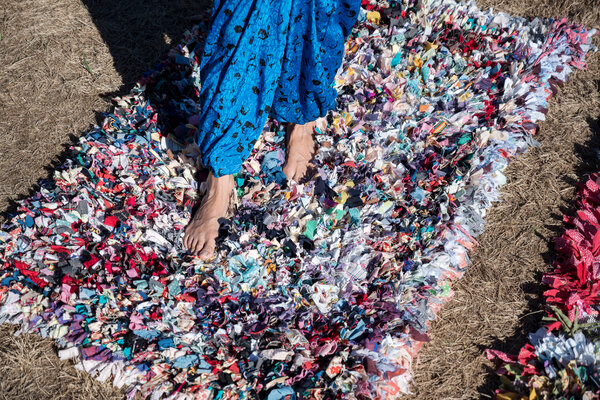 In 2014, Sheila Heti, Heidi Julavits and Leanne Shapton released “Women in Clothes,” a book that considers, as they put it, “the questions we ask ourselves while getting dressed.” They interviewed more than 600 women about their wardrobes and tastes, but the project began with a survey. One question asked simply: “What is dressing about, for you?”

How does one answer such a thing in lockdown?

When contacted, Ms. Shapton, an artist, said that, like many others, she was re-evaluating her relationship with clothes thanks to the pandemic. Since moving with her young daughter in July, she has been tearing up her old garments and using their fabrics to make rugs, inspired by the knotted Japanese nuno zori slippers that have become her house shoes of choice.

“Instead of my unworn beloved clothes, I have a 40-pound knotted rug of them,” she said.

Ms. Shapton’s project includes garments by Rachel Comey, Stella McCartney, Hermès, Prada, Petit Bateau, Oscar de la Renta and Dries Van Noten, among others. It was created entirely by hand (Ms. Shapton couldn’t figure out to how to use a rug hoop; “the ripping up was cathartic,” she said) in front of reruns of “The Simpsons” and various children’s movies. To her, the process recalls “Break Down,” by Michael Landy, an artwork that involved the destruction of every one of his 7,227 possessions over a two-week period. “ I think about it an awful lot, because of my own preoccupation with objects and meaning, and it’s always in the back of my mind when I’m tearing up clothes,” Ms. Shapton said.

She has now moved onto her second rug, which she said follows the “same idea, but also adding worn out childhood sheets and blankets I felt sentimental about, and pieces given to me by friends.” Items that don’t make the cut are donated.

At the heart of Ms. Shapton’s rug-making impulse are the bond between owner and object — a force that compels us to keep rather than discard — and the isolation, boredom and abstention from shopping prompted by the pandemic. For months, most of us have gone without the experience of anxiously yet mindlessly plucking items from a store rack, emerging from a changing room to a barrage of comforting lies from a sales associate.

Instead, we have been forced to look closer at what we already own, rather than what we might. We have become anthropologists in our own closets, finding comfort, security, relief, meaning and, on occasion, answers. Clothes are so often about that odd intersection between our fantasies and our insecurities: who we want to be publicly. When image and pretense are removed, they become about our inner worlds.

Remember that hoodie — the one handed to you by a one-night stand to get home, years ago, and left in the back of your closet, now redolent with former freedoms, flirtations and hands touching across an unwiped bar top? Remember the grainy feeling of sand, still lingering, in a pair of slip-on sandals? (Remember holidays? Remember beaches?)

For me, the garment has been a Peanuts T-shirt that I have owned since the age of 14 (that’s 16 years of wear). It is white, or once was, and decorated with a picture of Snoopy gesturing animatedly at a toaster, with the text “Time for Breakfast.”

The caption is vaguely optimistic, encouraging — as if a day can be made special just by breakfast, which suits a time when monotony is high and mealtime is a milestone. And it reminds me of being young: of being idealist and ignorant, unaware that those teenage years were the moment I would inevitably, eventually, be nostalgic for. It recalls falling asleep furious or incredulous or heartbroken and how much I cared about so many humdrum things.

For Eliot Haworth, the deputy editor of Fantastic Man, a style magazine, lockdown life has meant “wearing the same thing over and over again, wearing weird or ugly things, dressing strangely, dressing incredibly boring.” He has found himself attired “like someone’s dad on a campsite,” he said, in a zip-up thermal top, sandals and socks. He pilfered a gray Boggi Milano sweater from his father’s house, which he would wear at some point most days. He also found himself forming an odd attachment to a “hideous” fishing top from Worldwide Sportsman, with a huge swordfish leaping out of the sea on the back. 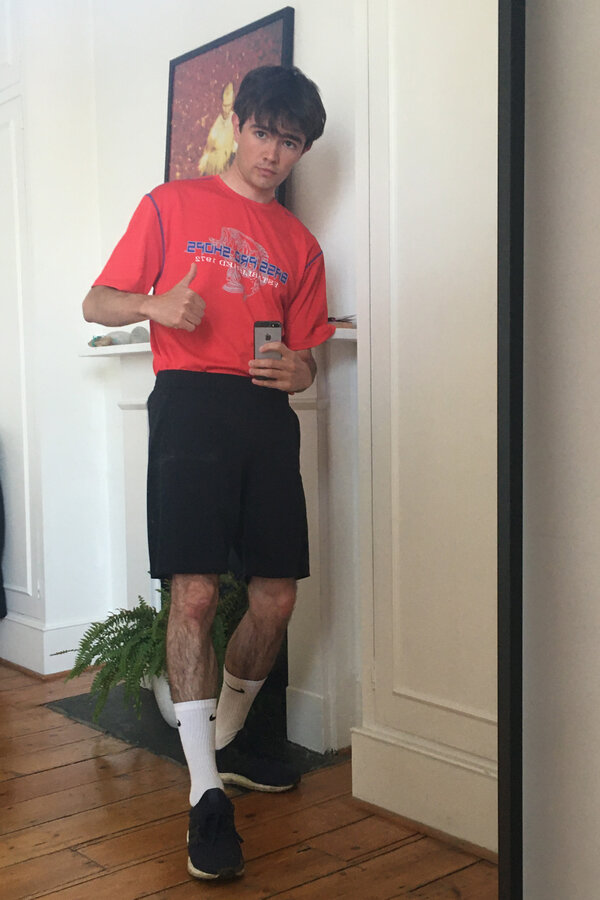 In 2014, Emily Spivack published a book on the joy of old clothes, “Worn Stories,” which begins with a 1968 quote from Louise Bourgeois: “I cannot separate myself from my clothes nor Alain’s — the pretext is that they are still good — it is my past and as rotten as it was I would like to take it and hold it tight in my arms.”

Later, Greta Gerwig reflects on a blue shirt, given to her at 18 by a crush, which she now wears to write. “It makes me feel like I have a secret,” she says. The filmmaker Jeff Zimbalist pays tribute to a shirt he wore while getting kidnapped. Piper Kerman, whose memoir inspired the TV show “Orange is the New Black,” writes about the eBay-bought vintage skirt suit she wore in court for her sentencing.

But in lockdown, old clothes don’t quite represent “an evolving archive of experiences,” as Ms. Spivack describes. Our garments cannot be activated or charged by events or occasions (no wild holidays or first dances to spark associations); instead millions of garments will be imbued with that same association — the clothes of the summer of 2020. My Snoopy T-shirt is the T-shirt of my youth, but it is also the T-shirt of Zoom and masks and waking up inundated with live news updates and spending 23 hours of the day at home, panicking.

And yet, quieter moments with our clothing can create opportunities for catharsis. Alistair Hall, an actor in London, has found that increased time at home, with familiar things, has helped with the process of grieving his father, who died of cancer before lockdown. Some of his belongings include his father’s clothes: checked pajama bottoms, a leather jacket and a pair of blue knitted socks that his father wore when he died in hospital. “I wore them to bed every night for months, until they fell apart entirely,” Mr. Hall said.

“The socks, they mold around your feet,” Mr. Hall continued. “My dad and I had very similar feet, so when I look at the shapes that’s left when I take them off, I think, ‘Oh that’s my dad’s feet.’” To him, getting dressed became part of a mourning ritual.

“I’ve made my space dad’s space during lockdown,” Mr. Hall said. “He’s everywhere in my room. He gave me a lot of things toward the end, and I think one of the reasons he did that is he wanted so much to be remembered and not forgotten. We had a complicated relationship, but whatever was going on in the family, I always like his clothes.”

For others, a committed relationship with a handful of garments has been a necessity, rather than a choice. At the start of March, Sarah Raitz, a teacher, flew from London to Thailand for a holiday that was meant to last three and half weeks. She took only carry-on luggage. About two weeks in, when she realized it would be prudent to get back, flights were being canceled left and right. She ending up stuck for four months, living in a small hut on a bay in the Gulf of Thailand with the dozen or so clothing items she packed, most of which she said were “useless” in the summer heat.

She was glad to have her favorite sarong. “It’s the kind of green that looks like it’s been dyed with moss,” she said. “I’ve had it for about 20 or 25 years. When I took it away it already had holes in it. It’s rotting now.”

When other travelers, who had also been stranded, managed to find a flight out, they would donate items to her; she ended up with a couple of extra vests, with holes, “a long, thin dressing gown thing” that she wore as a dress, and a battered pair of harem pants.

“To me, they were so precious,” she said. “My new trousers!”

She’ll keep them, now part of a greater, shared experience some clothes will come to represent for us all: the pandemic.

Ginsburg: 'A tireless and resolute champion of justice'