Eileen Fisher went from industry outlier to godmother of a movement. Now, she is getting ready to pass the torch, starting with a new chief executive at her company.

“Being a chief executive has never really been part of my identity,” Eileen Fisher said.Credit…Vincent Tullo for The New York Times 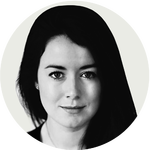 “Being a boss is not my strength,” Eileen Fisher said, shifting awkwardly in a seat from a sleek meeting room inside the headquarters of a company she started herself almost 40 years ago.

That may seem surprising, given the degree to which Ms. Fisher, 72, has proved herself as a leader with staying power in an often brutal industry defined by relentless change.

After all, she is a designer who built a fashion empire offering modern women comfortable yet empowering designs in natural fabrics that simplified busy lives. In an industry in which, by some measures, a truckload of clothes is burned or buried in a landfill every second, she was an early pioneer of environmentalism as a core brand value. She’s a founder of a company who, in 2006, decided that rather than taking her business public, or getting acquired, she would transfer ownership to her employees instead.

But front and center has never been Ms. Fisher’s style. For most of its history, Eileen Fisher (the brand) has rarely had a chief executive, opting instead for “collaborative teams” of assorted shapes and sizes. It was only in the last 18 months or so that the company has ever even had a single C.E.O., in the form of Eileen Fisher (the woman). She stepped up to steady the ship after the brand, as she put it, “kind of lost its way.”

Now, the queen of slow fashion is ready to give up that role (albeit slowly), part of what she described as a “responsible transition” away from the helm. This latest step in stepping back would, she explained, allow her to concentrate on formalizing her design philosophy so the brand might eventually exist without her. 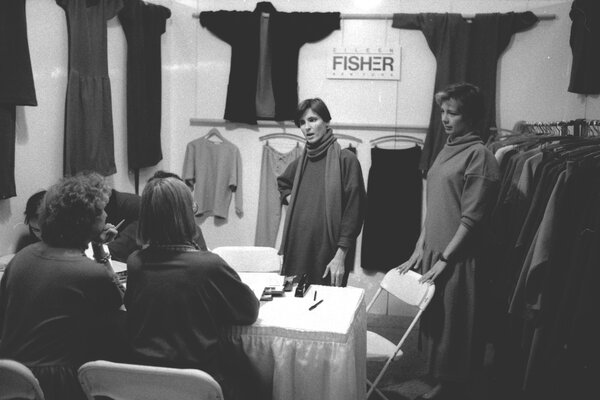 “Being a chief executive has never really been part of my identity — it’s never been something I’m comfortable with,” Ms. Fisher said. “I like to think of myself as leading through the idea.” Her signature bob gleamed like a pearly helmet, bouncing against her black spectacles as she talked. She was cocooned in one of the elegant, roomy knits on which she has made a name and fortune for herself, in the process creating what The New Yorker called a “cult of the interestingly plain.”

“I do have a vision for how this company should move forward, but I know I am not the person to execute it,” she added. “Not on my own, anyway.”

After searching for more than a year, Ms. Fisher said she was delighted to have found a successor. As of early September, Eileen Fisher’s new chief executive will be Lisa Williams, the current chief product officer at Patagonia.

On paper, at least, Ms. Williams appears to be a good fit. Patagonia, which donates 1 percent of its sales to environmental groups, is another atypical retailer, also with a visionary founder and similar ideals to Eileen Fisher on how products should be made, worn and — ideally — made and worn again.

A decade ahead of many of her competitors, Ms. Fisher started her Renew line in 2009, which sells secondhand garments, while the Waste No More initiative takes damaged garments and makes them into fabric. Patagonia ​​was also early to embrace organic materials, has a long history of political activism and once ran an ad telling people not to buy its products.

“The fashion industry is in a terrible conundrum, with too much stuff and rampant overproduction and overconsumption,” Ms. Fisher said. “How do we begin to make sense of it? How do we grow our brand without growing our carbon footprint? I just found Lisa and I to be so in sync when it came to scratching the surface of these complex conversations.”

Ms. Fisher noted that the two women were also fully aligned on not being driven purely by financial results. (Just the same, Eileen Fisher has been profitable for all but two years since its inception, the company said, with sales of $241 million last year.) And few are as knowledgeable or connected as Ms. Williams when it comes to the complex workings of the fashion supply chain, a global and murky ecosystem in which many brands have little or no knowledge of who makes their clothes.

“We both agree one of the most important ways we can be sustainable is to reduce,” Ms. Fisher said. “Just do less: Buy less, consume less, produce less. That’s a really hard line to walk when you’re trying to run a business, and you’re measuring your success by how much you sell. But I needed someone who was fully on board with that.”

A 20-year Patagonia veteran, Ms. Williams said in a phone interview this week that she felt “familiarity and admiration” with the Eileen Fisher brand and its way of doing business.

“The unconventional leadership structure there doesn’t make me nervous — I’m actually in my comfort zone when things look unorthodox,” said Ms. Williams, who has never held a chief executive role before. “I think the idea of co-creation and collaboration absolutely can work in a company.”

“The last few years have been pretty hard for anyone in retail, let alone those trying to change the fashion paradigm,” Ms. Williams continued. “And I have huge admiration for all Eileen and her team have done amid that chaos to re-anchor the brand back toward its original values.”

Part of getting things back on track involved cutting out some of the bolder colors and prints that had begun creeping into collections, instead re-emphasizing the hallmarks for which Ms. Fisher is known. The latest clothes on her website come in a muted color palette of shades like ecru, cinnabar and rye. The shapes, like kimono jackets and sleeveless tunics and cropped palazzo pants in soft cottons or gauzes and Irish linens, are uncomplicated and designed to flatter. The key now is to find a way to serve those looks to the next generation.

‘I Was Never Really a Conventional Fashion Designer’

As the “coastal grandmother” TikTok trend and the success of high-end luxury labels like Jil Sander and the Row suggest, minimalist capsules — collections of clothing composed of interchangeable items, thus maximizing the number of outfits that can be created — are having a renewed fashion moment. There seems to be a collective craving for simplicity — something Ms. Fisher has been steadily offering up since the mid-1980s and her first designs inspired by kimonos she saw on a trip to Kyoto.

A stereotype persists that the brand caters chiefly to a more middle-aged, upper-middle-class demographic looking for a particular air of untroubled elegance. Ms. Fisher stressed that was not entirely true anymore.

When she started out in 1984, Ms. Fisher was a recent graduate of the University of Illinois. The second of seven children who grew up in the Chicago suburb of Des Plaines, she had originally come to New York to become an interior designer. (She had $350 in her bank account and did not know how to sew.) But she did want to liberate women by giving them a formula.

The simpler something is, her thinking went, the more things it goes with, the longer you wear it, the longer it lasts in your wardrobe. It was an approach that she felt could also resonate with young women today, who are mindful that they can vote with their wallets if they believe in the way their clothes are being made, even if that makes them more expensive.

“It’s hard to convince people to buy less on a promise it will last longer, but I want them to see that they have a choice when they buy into our capsule system,” Ms. Fisher said, noting that she had found crossover between older and younger shoppers on their favorite pieces (boxy tops are a runaway hit, she said). And it’s an approach that is influencing not only young shoppers, but also young designers.

“Eileen was one of the few industry leaders that made me feel like the success of my company was possible,” said Emily Bode, a men’s wear designer, who added that Ms. Fisher had been “incredibly inspirational” to her as she laid the groundwork for her own brand.

“When I was going through growing pains with Bode, I visited with Eileen and her team,” Ms. Bode said. “Her dedication to retail, slow growth, staying privately owned, and of course creating an unconventional but successful business model surrounding reuse and sustainability has undeniably shaped my strategy and achievements for my business.”

Looking back at past interviews, it’s clear that Ms. Fisher has been wrestling with how to detach herself from her brand for some time. She has spoken frequently over the years about how she felt as if she didn’t need to be there anymore; she has talked about the idea that the company had developed beyond her. And yet, here she is, still some way from letting go.

“Those quotes were true in their moments,” she said. “But I think, over time, I came to realize that the idea of simple clothing and design, and of how we spend money here, had not fully landed in the company in the way that I thought it had. I had to get back into the center and reorganize things so that people know exactly how things should work. It’s an important part of my legacy and what I leave behind.”

With the imminent arrival of Ms. Williams, Ms. Fisher faces the prospect of slightly more free time. She doesn’t want to travel, she said, instead preferring to spend more time doing kundalini yoga and meditation, playing mahjong with friends and learning how to cook good Japanese food after the recent retirement of her longtime chef. She also has two adult children, Sasha and Zach, with whom she wants to spend more time.

But it’s clear that Ms. Fisher is not finished with work. For one thing, outside the office, she wants to continue a focus on education through her philanthropic organization, the Eileen Fisher Foundation. She’s also been fantasizing about starting a design school.

And she wants to ensure that her employees — all 774 part-owners of her brand — are ready for what comes next. Remaining a private company and giving her employees a share of the business have both been a big part of her success.

“I hope what we have been building here in Irvington is a relatable concept, that in 30 years’ time, the prototype of what we are building is what other people might also try and build,” Ms. Fisher said, referring to the town on the Hudson River where she lives and works.

“I don’t do trends. I don’t do runway shows. I haven’t been a conventional C.E.O.,” she said with a small grin. “But then again, I guess I was never really a conventional fashion designer either.”