Natacha Ramsay-Levi, the cool French girl who brought a cool-French-girl chic to Chloé that proved … well, perhaps a bit too cool, announced on Thursday that she was stepping down after four years as creative director. No successor was named.

Though her departure had been rumored for months — since the chief executive who hired her, Geoffroy de la Bourdonnaye, left almost exactly a year ago amid talk of falling sales at the brand, owned by Compagnie Financière Richemont — Ms. Ramsay-Levi said in a statement that leaving had been her decision.

And though Chloé’s transition under her leadership from the Provençal windswept romanticism established by the founder Gaby Aghion to a harder edged, more complicated hipness, was often uncomfortable, her departure was framed as a response to the pandemic and the state of the world (rather than a push, though whispers suggest that was also a part of it).

“Over the last months of health, social and economic turmoil, I have thought about the changes I want to see in our industry and how to better align them with my own creative, intellectual and emotional values,” Ms. Ramsay-Levi said in her statement. “It is this reflection that makes me consider my future differently and desire to pursue new opportunities.”

The news is also an opportunity for Richemont to consider the future of the brand differently, and who may be the best person to realize that future. It is a chance to turn the now familiar “talented designer who lasted only one contract at a big brand because vision and reality didn’t mesh” narrative into something altogether more significant and compelling.

Fashion has been locked in a paroxysm of change since March. First, the coronavirus closed stores and factories and drove shows online. Then the social justice movement forced a hard reckoning with the industry’s legacy of racism, and the still very white nature of its leadership.

Yet for all the talk of change and efforts to establish diversity and inclusion departments and executives, for all the scholarships created and listening tours and admissions of fault, giant visible leaps forward, aside from notably more diverse ad campaigns, have yet to occur.

And nothing is more visible in fashion than the designer at the top of a great and storied house.

The two biggest designer appointments since the twin crises began — at Givenchy and Fendi — went to white men: Matthew Williams and Kim Jones. When Antoine Arnault, the group head of communications of LVMH, the conglomerate that owns both brands, was asked in September if the group had considered a designer of color for the Fendi job, he said, “frankly, no.” He added the caveat that discussions had been underway with Mr. Jones (already well known to the conglomerate thanks to his position as artistic director of Dior Men) for several months, potentially beginning before the world changed. 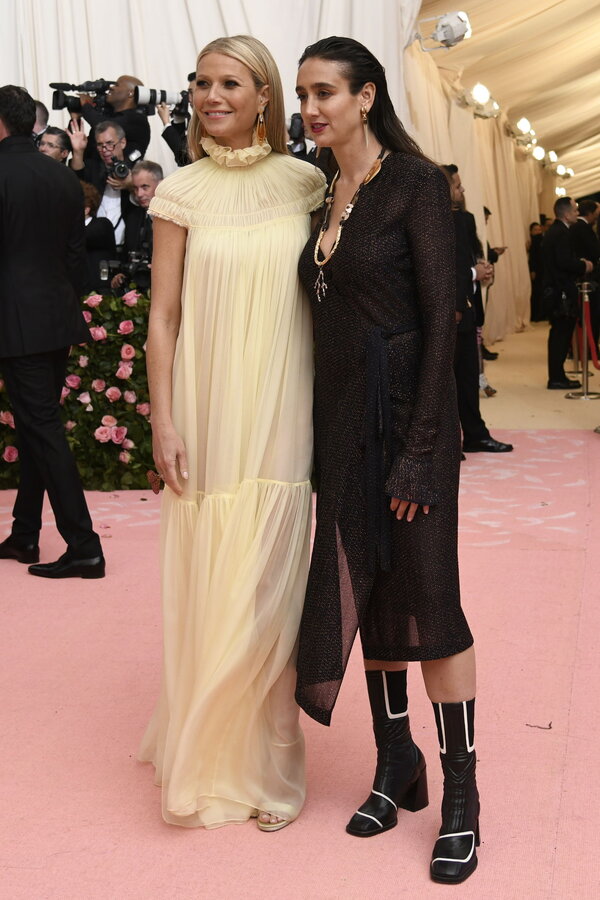 Such an excuse, however, will not work with Chloé. Interesting as Ms. Ramsay-Levi’s work was, different as it was from the designers who came before her — Karl Lagerfeld, Martine Sitbon, Stella McCartney, Phoebe Philo, Hannah MacGibbon and Clare Waight Keller — and focused as she was on leavening the sweetness with more hardware and a tinge of desert hedonism (she liked an arm band, asymmetry and some complicated bindings along with a nightie), she had one thing in common with most of them. As Riccardo Bellini, the Chloé chief executive said, “She is an important member of that proud tradition of women who have designed at Chloé.”

Even more than that, she is one in a line of young white woman minted in the crucible of the European fashion tradition (Ms. Ramsay-Levi spent 15 years working with Nicolas Ghesquière at Balenciaga and Louis Vuitton) and fragrant with a whiff of the bohemian, who designed at Chloé. Her departure has now given the almost 70-year-old brand a chance to demonstrate its commitment to moving forward in a new direction: one that, perhaps, speaks to the changing composition of its consumer base, and the changing face of the world.

It would be a real statement of intent were Chloé to look beyond the usual parameters of the fashion world toward talent in countries or areas further afield; to engage with designers who bring different backgrounds and experiences to the table. To not revert to the safety of a proven name, or a familiar profile, or someone trained in the rhythms of the old system, but rather to embrace someone willing to question all received orthodoxies and conventions.

Not to abandon its foundational virtues of a certain girlish, soft-focus whimsy, but to recast them. For the long-term, not the next three seasons.

This is a scary time for many brands — a time of flux, and uncertainty. Handbags, for decades the engine of fashion profitability, are barely needed anymore. Glossy magazines, the vectors of taste, are disappearing into the void. But it should also be seen as a time when a company willing to act on a set of values can transform itself.

Thinking really broadly about a designer is one way to begin.