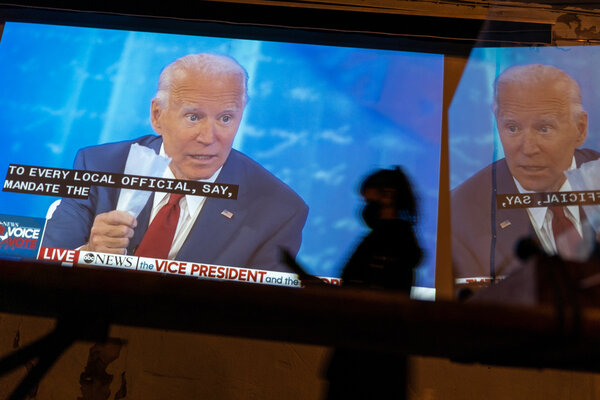 Television ratings matter to President Trump. So these numbers may sting.

In a result that few in the TV and political arena predicted, Joseph R. Biden Jr.’s town hall, broadcast on ABC Thursday night, drew a larger audience than President Trump’s competing event on NBC, MSNBC and CNBC, according to preliminary Nielsen figures.

Mr. Biden’s town hall, which aired on a single network, was seen by an average of 13.9 million viewers, compared with 13.1 million for Mr. Trump, according to the early data from Nielsen. The ratings will be updated later on Friday afternoon, but so far, the president’s telecast has failed to match Mr. Biden’s — despite Mr. Trump’s event monopolizing three network simultaneously.

The town halls were vastly different television spectacles, befitting their respective protagonists. On NBC, Mr. Trump was darting and defiant as the “Today” host Savannah Guthrie pressed him to denounce QAnon and white supremacy (Mr. Trump hesitated on both) and clear up questions about his medical condition. 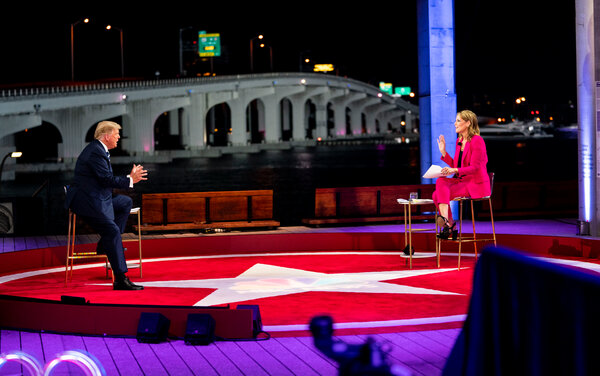 On ABC, Mr. Biden and the moderator George Stephanopoulos engaged in a sober 90-minute policy discussion more akin to a PBS telecast. (Politico wrote that flipping back and forth between the two was like “going from Bob Ross to ‘Wrestlemania’.”)

It appears that Mr. Biden did not need to worry. And the fact that the Democrat outdrew his voluble Republican rival is likely to inspire dozens of hot takes about whether, after four seasons, Americans are simply growing bored with The Trump Show.

The viewership figures for both town halls will only grow when Nielsen factors in out-of-home viewers and the number of people who streamed the town halls to their television screens.

This is a developing story. Check back for updates.

Retail sales rebounded in July to surge past pre-coronavirus levels

While You Were Sleeping: 5 stories you might have missed, June 3