(NYTIMES) – Early in the pandemic, Ms Katharine Lau, a commercial real estate professional, turned her focus to decluttering, and as she stared at a pile of unneeded things, she wondered how she could save them despite her lack of space.

“It was the first time I thought about self-storage as a business, which I always thought was so unsexy and so uncool that I didn’t want to get involved,” she said. “But I began to think about whether I could monetise under-utilised pieces of existing commercial real estate and pair it with technology.”

The company she created, Stuf Storage, sets out to do just that. With US$1.8 million (S$2.45 million) in seed funding announced in December, Stuf joins a big, disaggregated industry.

More than 30,000 owners operate roughly 55,000 self-storage facilities nationwide, according to statistics from the Self Storage Association, a trade group.

Five publicly traded real estate investment trusts with storage businesses – like Public Storage and CubeSmart – are ubiquitous along highways and in industrial areas, but “the industry remains largely made up of small-business owners”, said Mr Timothy J. Dietz, president and CEO of the trade organisation.

Before the pandemic, the industry averaged 3.5 per cent annual growth for more than 30 years, said Mr Roger Morales, head of commercial real estate acquisitions for the investment firm KKR. After a drop in the first half of last year, self-storage has roared back, buoyed by Americans carving out space for home offices or classrooms, as well as those who left urban centres to ride out the pandemic at their parents’ homes.

Occupancy rates and rents are at record highs.

When the pandemic began, “there were questions as to what the future of storage would look like”, said Mr Tyler Henritze, who heads the investment firm Blackstone’s real estate acquisitions for the Americas. “I think the market has been caught off guard and surprised at how strong the fundamentals are.”

That foundation includes a residential customer base that has grown accustomed to using self-storage as an extra closet or bedroom and commercial clients that lease storage for inventory or supplies rather than expanding their offices.

Some customers use storage for only a few months, but many tend to be “sticky”, an industry term for long-term users who are reluctant to switch units even when rents increase.

When a unit rents for US$10 to US$200 a month, even a 10 per cent increase often will not prompt a customer to vacate, said Mr Steve Sakwa, a research analyst at Evercore ISI Research. Departures can translate into higher rents, too, because the owner can peg the rate to the current market rather than remain locked into a lower base.

Operating costs, including taxes, electricity and some labour, have been low compared with other real estate classes, like hotels and senior housing. The structures tend to be sturdy if spartan. And improved technology allows for smartphone reservations as well as contactless operations with fewer on-site employees. 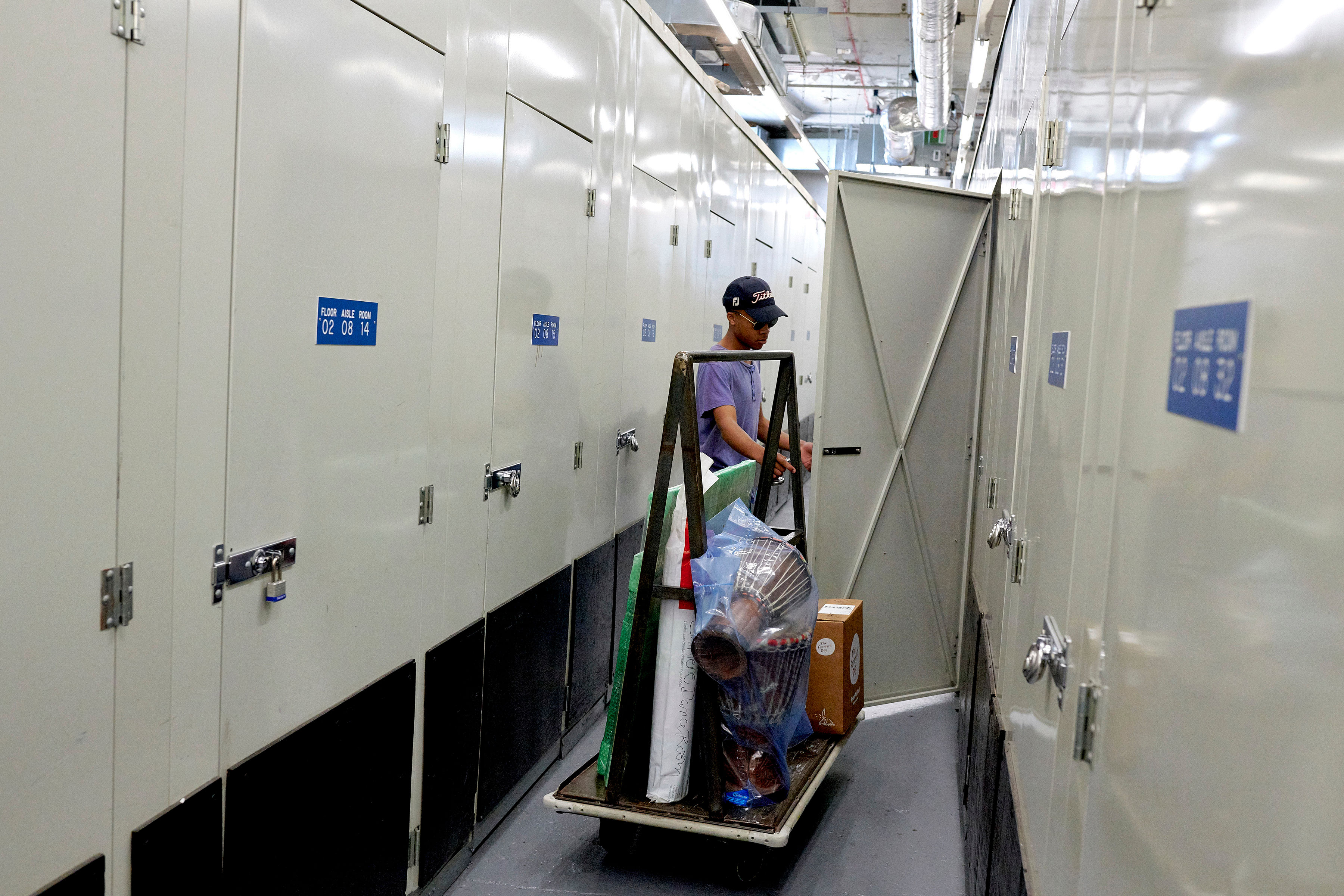 Storage-industry technology is drawing entrepreneurs like Mr Zack Widmann, founder of ZHW Properties, who with a partner bought three facilities that “had no tech, no websites and no rent increases” in several years. Improvements in those areas have resulted in 95 per cent occupancy, in line with the current market.

The steady income and expectations of a continued reliance on storage even when the pandemic wanes have led to consolidation in the industry, and prices are fetching premiums.

In July, KKR closed on its first acquisition – a US$36 million, three-property portfolio comprising 1,800 units in Nashville, Tennessee, and Austin, Texas. And this month, it acquired five additional properties for about US$92 million.

Last autumn, Blackstone acquired Simply Self Storage – with 8 million sq ft of rentable space – for US$1.2 billion, adding to the US$300 million it had already invested in the sector. And in April, Public Storage closed its US$1.8 billion acquisition of ezStorage, adding 48 properties with 4.2 million of net rentable sq ft.

Growth is largely in general units, but storage for extras like recreational vehicles and boats, as well as cold storage, has increased as well.

Despite the peak demand and frothy acquisition prices, “it’s not all rosy under the hood”, said Mr Stephen Clark II of the Clark Investment Group in Wichita, Kansas, which specialises in self-storage among other real estate classes. Rental statistics that show high occupancy can be misleading, he said, because they include a number of long-term renters whose rates trail the market.

And experts are unsure how post-pandemic behaviour will affect the industry. For instance, what happens when storage renters leave their parents’ homes or do not need to use their second bedroom as a makeshift office?

But with home prices escalating nationwide, so-called starter homes have become more expensive and some new home owners are opting for smaller spaces. That, Mr Morales said, could translate into a steady demand for storage.