LONDON/NEW YORK (Reuters) – A wave of credit rating downgrades in the corporate sector risks deepening a funding crisis for company bosses and spreading it to other markets. 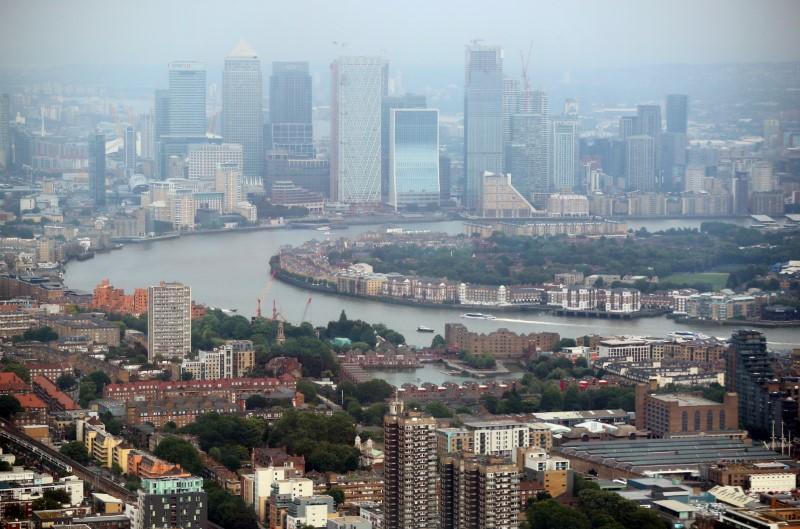 The coronavirus’ suckerpunch to the global economy has prompted Moody’s rating agency to review its corporate ratings, the agency told Reuters this week, with a slew of downgrades or downgrade warnings on the cards.

A credit rating cut is a blow for a company in any circumstance, making it more expensive to raise fresh debt or refinance existing bonds. But it is potentially devastating when markets are in a panic and company cashflows are shrinking.

A downgrade to ‘junk’ status, the lowest credit rating indicating a higher risk of default, forces investors to scatter because many asset managers cannot hold junk-rated debt. Without any willing buyers, the risk is a panicked sell-off which could also spread to other markets.

Moritz Kraemer, a former top sovereign analyst at S&P, likened the risk to when Greece lost its investment grade as the euro zone debt storm was whipping up.

“There was no one to catch the knife when it fell,” he said. “As the ratings get pushed down there are not enough junk grade investors to absorb it all.”

S&P upped the ante on Friday cutting two of Europe’s biggest flag carriers British Airways’ owner IAG (LHAG.DE) and Germany’s Lufthansa (ICAG.L) to the last notch of investment grade and warning they could be downgraded again.

With certain sectors such as airlines, travel and energy badly hit, S&P has said it now sees default rates in the United States surging past 10% having only last month expected 3.5%, and Fitch is firing warnings too.

Adding to the sector’s vulnerabilities, the squeeze on ratings comes when the corporate sector is more vulnerable than it was 10 years ago. Low interest rates have encouraged companies to gorge on record amounts of cheap debt — globally corporate debt has risen more than 50% since 2008 to over $72 trillion, Bank for International settlements (BIS) data shows.

At the same time, the creditworthiness of companies has weakened. The share of bond issuers with the lowest investment grade rating — BBB- for S&P and Fitch or Baa3 for Moody’s — has risen to around 45% in Europe from around 14% in 2000, and to 36% in the United States from 29%, BIS analysis shows.

In its last annual report, BIS said a drop in ratings could lead investors to “shed large amounts of bonds quickly”, leading to “fire sales”.

A panicked sell-off is not a given, however. Over the past few weeks, central banks and governments have laid out trillions of dollars in various programs to support financial markets and companies.

The Trump administration is considering bailing out airlines and other companies hit by the crisis and countries from Germany to Japan are all setting up super-sized crisis funds.

That support will count as credit agencies examine what to do.

“Some of the bigger companies that are coming under pressure may benefit from extraordinary government support – in those cases, that may temper the rating actions,” Moody’s Managing Director of Global Strategy & Research Anne Van Praagh said.

Further, ratings agencies say their assessments take a longer-term view. “We don’t believe we serve markets well by reacting to every zig and zag in the market,” said one senior ratings agency source, who asked to remain anonymous due to the sensitivity of the situation.

A LOT OF JUNK

How far such support goes remains to be seen. S&P’s Global Head of Research Alexandra Dimitrijevic said government stimulus might not “prevent the credit metrics deteriorating,” meaning the bailouts may not be enough if the economy keeps deteriorating. It now has almost 50 firms in the potential ‘fallen angels’ danger zone where they could soon drop to junk.

Rating firms were heavily criticized during the financial crisis and subsequent euro zone debt crisis for first not flagging the looming trouble and then adding to the panic by slashing credit scores.

This time around, some experts are warning that the number of companies that will get into trouble may be far larger than the ratings agencies have estimated.

Ed Altman, a professor at New York University’s Stern School of Business who created the Altman Z-Score to sniff out companies in financial distress, examined 350 BBB-rated U.S. companies as of the end of 2019. His research indicated that more than 30% of those companies, with $600 billion or more of bonds, should have been rated ‘junk’.

“It will result in higher levels of defaults and bankruptcies than it would have been if the population of BBB had not grown,” he said in an interview.

Investment firm Guggenheim said last week up to $1 trillion of high-grade bonds could be heading to ‘junk’ status as companies are downgraded.

Problems will arise if some large issuers are downgraded. S&P’s Dimitrijevic said the 10 largest ‘BBB’ rated issuers of debt in the U.S. and in EMEA account for outsized shares of their regions’ BBB debt. If any of them are downgraded, the impact on the high yield market will be outsized.

Kraemer, the former S&P analyst, said he expected agencies will attempt to focus on fundamentals and hope that a V-shaped recovery materializes. “I believe it is an optimistic world view that this will pass quickly without lasting damage,” Kraemer said.