LONDON (Reuters) – Agitating bondholders have written to Argentina’s government, accusing it of not doing enough to allow the country’s crucial debt restructuring negotiations to make progress, according to bondholder sources involved in the process. 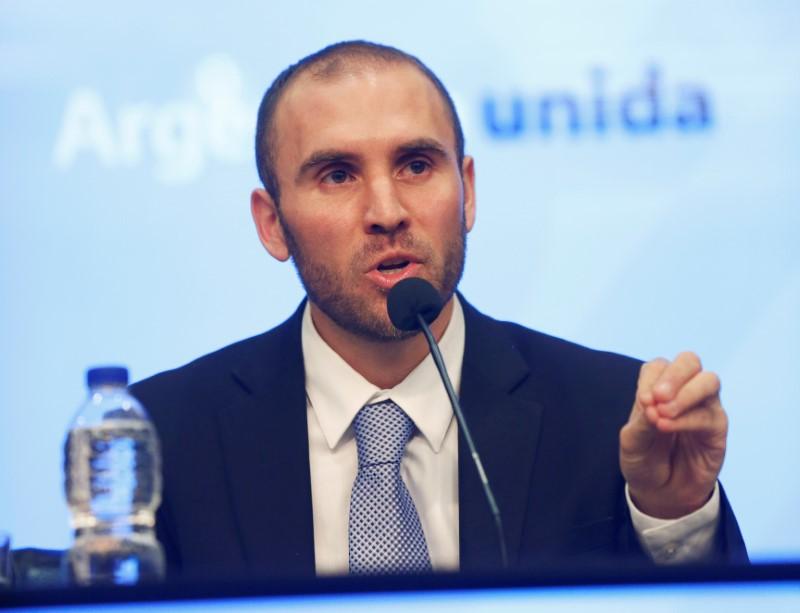 Two sources told Reuters on the condition of anonymity that the three main creditor groups had sent letters in recent days saying that they wanted to contribute to an “orderly resolution” of Argentina’s debt challenges.

However, the creditor groups said they were concerned there was “a shortfall in collaboration” on the part of the government. They said they had received no response to a request earlier in the month for key information about the state of the economy and the government’s plans.

“We don’t want an adversarial process but didn’t receive any response – good faith negotiations require an exchange of economic and financial information and also depend on feasible economic policies,” one of the bondholder sources said.

Argentina’s economy ministry declined to comment on whether it had received the letters or on the debt process.

However, Economy Minister Martin Guzman in a presentation to creditors on Friday pledged to “intensify” engagement with bondholders. “We need cooperation on all sides to avoid a lose-lose situation,” he said.

Argentina is seeking to restructure nearly $70 billion in debt with international bondholders – including the likes of BlackRock, Fidelity, Pimco and Ashmore – to avert a damaging sovereign default that would block the giant grain producer’s access to global markets.

One of the sources said the government had replied to some creditors on Friday. The government response, he said, vowed that information would be forthcoming and the government would reach out to creditors for feedback. It may later reach out for input in defining the restructuring offer due in the next two weeks.

Guzman told Reuters last week that the country will need “substantial relief” as it restructures the debt.

“We will not accept anything that is not sustainable. We will be absolutely firm on that,” Guzman said, adding that any deal would have to avoid putting more fiscal austerity on Argentina’s recession-hit economy.

“Clearly Argentina has no capacity to service interest over the next few years.”

One bondholder source who spoke to Reuters said recent talks with the government had not gone well and the worry was that the government was planning a “kamikaze” offer many investors were likely to reject.

“We are here to negotiate in good faith under the IIF (Institute of International Finance) fair restructuring principals. We want a consensual solution that benefits the country,” the source said.

“The concern is that they might be seeking a unilateral approach that would fail.”

Argentina – a serial defaulter – settled long-standing court cases with creditors in 2016 under ex-President Mauricio Macri after a 2002 default left the country a pariah with investors.

New Peronist President Alberto Fernandez has said that the country cannot pay its debts until given space to revive growth and has ruled out imposing fiscal austerity measures to help pay debts.