PARIS (Reuters) – The Farnborough Airshow – this year’s largest aerospace expo and a showcase for tens of billions of dollars of business deals – has become the latest major event to be canceled because of the coronavirus crisis, organizers said on Friday. 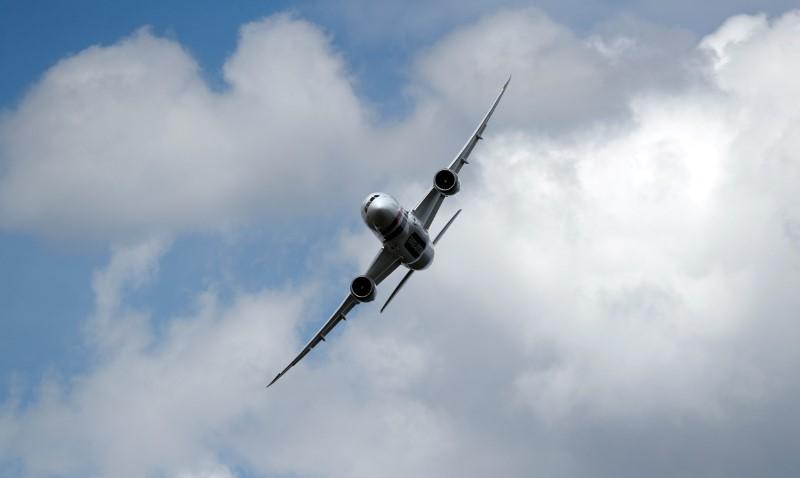 The back-to-back air shows draw tens of thousands of visitors including military top brass, planemakers and their suppliers from around the world to network and do business.

The cancellations, following the scrapping of Berlin and Geneva shows scheduled for May, are fresh evidence of the severity of the crisis as virus-related travel bans seize up airline balance sheets and divert the attention of participating governments.

“Buying new aircraft is now on hold. There is not an airline in the world that would consider it is the right time to buy unless the deal is exceptional,” said aviation expert Howard Wheeldon, who has attended every Farnborough event since 1968.

He predicted the slowdown would last 6-12 months.

Held on alternate years, Farnborough and the Paris Airshow are a barometer for the $800 billion aerospace industry, which had been looking forward to a soft landing after a decade of growth driven by record jet demand and robust defense spending.

Although many announcements are prepared in advance, the flow of orders is hard to predict as competing planemakers encourage airlines to boost their air-show deal tallies, meaning the outcome carries more weight than many trade events.

Instead, the focus has tilted towards keeping deliveries flowing and helping airlines and suppliers survive the crisis rather than adding to full order books, industry sources said.

Two executives said it could be months or even until 2021 before planemakers post any significant new orders, other than a handful of commitments in the pipeline.

In a worst-case scenario, that raises the prospect that a battered industry could have to withstand a second wave of virus concerns from December onwards, a top aerospace executive said.

The virus has also upset plans for military pageants.

Although it takes a backseat to Farnborough in publicity, RIAT is a busy meeting place for military leaders. A staple part of the British summer, its deck chairs, straw hats and fighter debuts have earned it the nickname the “Wimbledon of War”.

Brrr-illiant: Exploring the Arctic on a luxury ice-breaker cruise ship

Have Your Say: Do you agree with Roger Daltrey – have we made the most of Brexit?