The first major corporate casualty of the coronavirus crisis in the UK, Flybe, could be back in the air next year.

It was announced that the company, which folded in March as a collapse in demand for air travel exacerbated already deep financial turbulence, had been effectively bought out of administration by a firm affiliated to a former shareholder. 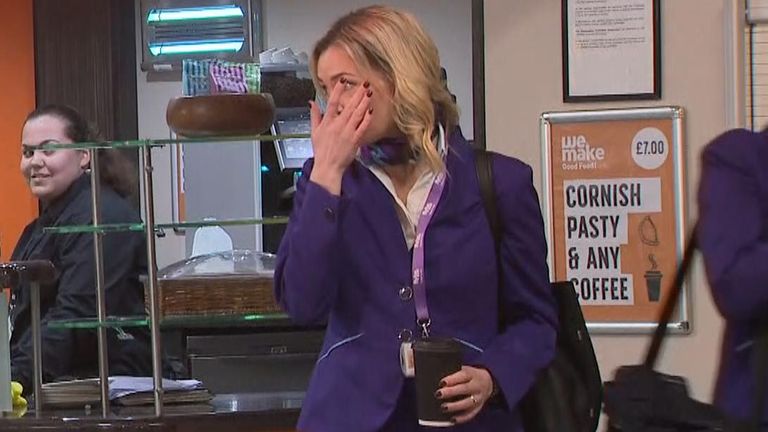 EY said it agreed to a sale of Flybe’s business and assets, including the brand, intellectual property, stock and equipment, to Thyme Opco for an undisclosed sum.

The administrator’s statement said: “While the transaction is still subject to certain confidential conditions, the deal is expected to allow the Flybe business to restart operations as a regional airline in the UK under the Flybe brand in early 2021.

“Following today’s announcement, the administrators will work together with Thyme Opco, the Flybe management team and the UK Civil Aviation Authority to prepare for the relaunch of Flybe’s airline operations.”

Flybe would be expected to emerge from the process a much leaner organisation – focusing on the most profitable routes.

That is because any restart of flying operations would be expected to only follow a recovery in demand as the aviation sector continues to be hit hard by the COVID-19 pandemic.

Analysis by Sky News of the employment landscape shows the industry has so far been worst affected by the disruption, with more than 34,000 jobs lost to date.

Flybe was Europe’s largest regional airline, carrying around nine million passengers annually at its peak and accounting for 40% of domestic UK flights.

But a rescue deal early last year failed to stem mounting losses and talks over a £100m state loan floundered.