NEW YORK (Reuters) – Airlines hit hard by the travel restrictions imposed as a result of the coronavirus pandemic may soon present buying opportunities for investors, the co-founder of the buyout firm that owns budget carrier Frontier Airlines said in an interview. 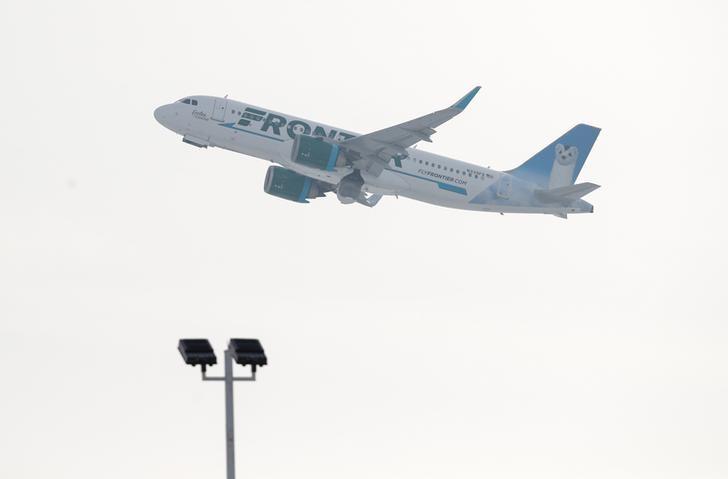 The NYSE Arca Airline Index has lost two-thirds of its value in the past four weeks, more than double the 30% drop in the S&P 500 Index, as investors fret about the impact of airlines grounding flights and placing thousands of workers on unpaid leave as air travel is sharply curtailed across the globe to try to stem the coronavirus outbreak.

“My personal point of view is that they’re going to be some really good buys on publicly traded shares of airlines in Europe and the U.S.,” Bill Franke, managing member of private equity firm Indigo Partners LLC, said in the interview this week.

“Inevitably, airlines will come back as the economy revives and as the coronavirus issue abates.”

Franke is not the first investor to spot bargains in the airline sector. Warren Buffett’s Berkshire Hathaway Inc (BRKa.N) increased its stake in Delta Airlines Inc (DAL.N) by $45 million earlier this month as its shares slumped, bringing its stake to 11%. Berkshire was already Delta’s top shareholder.

Indigo Partners also owns major stakes in Santiago, Chile-based JetSmart and Hungarian Wizz Air Holdings Plc (WIZZ.L). Franke said the industry “desperately needs” some form of government support and that he was confident a deal would be reached.

While U.S. President Donald Trump’s administration has discussed the possibility of providing financial aid to the airlines, it has so far resisted offering grants, as the industry would like.

A Republican proposal introduced in the U.S. Senate on Thursday would grant up to $58 billion in secured loans to help passenger and cargo airlines hit by the coronavirus crisis, but would bar cash grants and could result in the government getting equity stakes.

Indigo has spent the past few weeks shoring up the balance sheets of the airlines in its portfolio to make sure they have enough cash, Franke said.”We talk on a daily basis about where’s your cash. What can we do to reduce operating costs? How can we build cash?” Franke said. “You have to plan for the worst or most extreme outcome.”