Garrett Leight is poised for major expansion thanks to a new partner and a significant financial investment.

The founder of Los Angeles-based Garrett Leight California Optical has sold a majority stake in his business to The Untitled Group, a newly formed investment platform specializing in emerging consumer brands. The $20 million investment from New York-based Untitled will create some financial breathing room for the brand and set GLCO on a path to growth in the U.S. and beyond.

“After 11 years of bootstrapping this whole thing and building it from the ground up, we’ve come to a time where it felt like we really needed some capital to grow,” Leight told WWD.

Three years ago, he said the brand “had a bit of a cash crunch and brought in a world-class CFO [chief financial officer] — Price Waterhouse, Stanford grad — to help us steer the ship,” he said. The situation improved, but when the pandemic hit, the road got rocky again.

“As the majority owner of the company, I just felt like my skill sets were being eliminated from what we do great,” he said. “I’m an innovator, a creator, I like to grow brands, and we were in protection mode. I’m an extend-the-journey-put-gas-in-the-tank kind of guy and we had been in maintain-the-gas-tank-so-we-can-get-through-this road trip. Obviously, the pandemic made that more real than ever.”

So he started to explore a sale of the brand, taking the “traditional route” by working with a banker to seek a buyer, but the process didn’t go well, Leight said. Then a chance conversation with an old friend, Josh Peskowitz, a one-time men’s fashion director of Bloomingdale’s, founder of the Magasin retail store and a former vice president of Moda Operandi, changed everything.

After leaving Moda Operandi during the pandemic, Peskowitz started working as a consultant for Untitled.

“He told me he was working with a new investment vehicle, totally different than anything he’d done in his life, and I told him I was looking for investment,” Leight said. And although GLCO was a smaller brand than Untitled would ordinarily be interested in, they signed on. “I met them in August and closed on Cinco de Mayo — I’m Mexican so that’s my favorite holiday,” Leight said with a laugh. 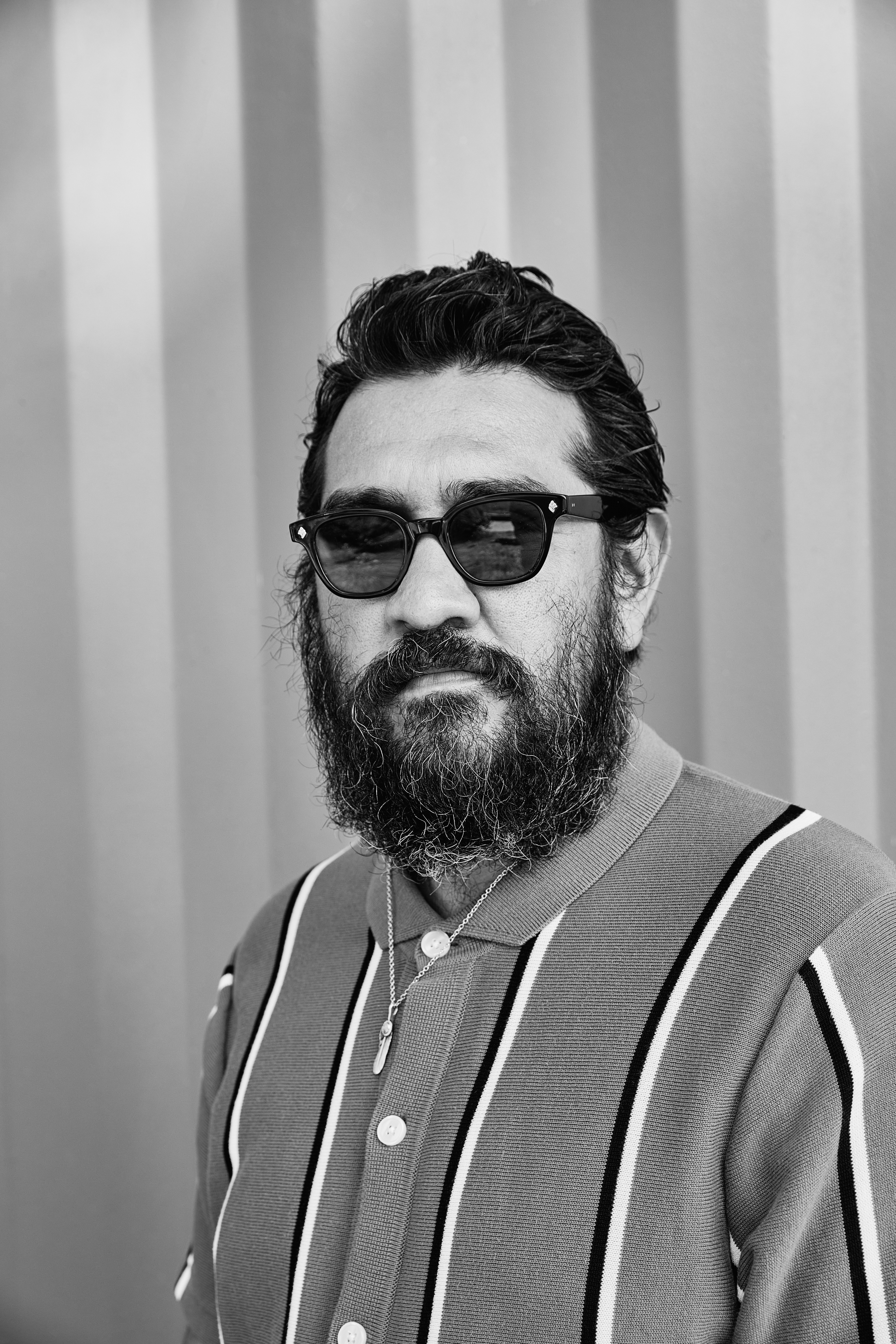 “I’m very excited. We’re really aligned with where we think there’s opportunity in the world to grow and our brand equity, and they love the existing team,” he added. “They’re new and they don’t have infrastructure — they’re not coming in with optical experts and they’re relying on us to show them how we can reach our five-year plan. They’re simply providing a network and the resources and capital to do it.”

The plan is to form a board of directors and hire a president “as soon as we can find the right fit,” he said. That person will focus more on “efficiency, operations and systems,” which will free Leight up to concentrate on what he does best — “be a crazy creative like I was in the beginning and what got us here,” he said. He will also focus on store design, partnerships and sustainability initiatives. Peskowitz will also serve as an adviser.

“I’ve been the CEO this entire time. We hit $23 million in sales in 2019 and I don’t have a business plan, but you don’t really need one if you have good ideas and know how to lead a team,” he continued. “I think you can reach some goals that are beyond your wildest dreams, but in terms of getting to where we want to go — and where our new partners want to get — we probably need a bit of a seasoned veteran.”

Leight grew up in the eyewear business — his father Larry Leight founded Oliver Peoples in 1986 — and in the past 11 years has grown GLCO into a buzzworthy brand and a favorite among celebrities in entertainment and fashion including Brad Pitt and Selena Gomez. The brand is distributed in more than 25 countries on six continents.

Right now, GLCO operates six stores in the U.S., but with the Untitled investment, that number will rise quickly.

“The goal is open 10 to 15 stores over the next five years and three in the next nine months,” Leight said. That will include Brooklyn, Silverlake in Los Angeles and “possibly a flagship in Manhattan,” he said, to add to the company’s unit in SoHo. “And then we’re looking at Malibu, Nashville, Miami. and when we get to 10, we’re looking international,” he said. “We do have a store in Toronto and we’re looking at Europe, which is our biggest market, so London or Paris.”

E-commerce is seen as a major opportunity for growth. The brand actually hired an e-commerce director two-and-a-half years ago and the business has since grown substantially, he said, increasing from $850,000 in 2019 to $1.85 million in 2020. This year, it’s expected to increase 50 percent or more over last year. 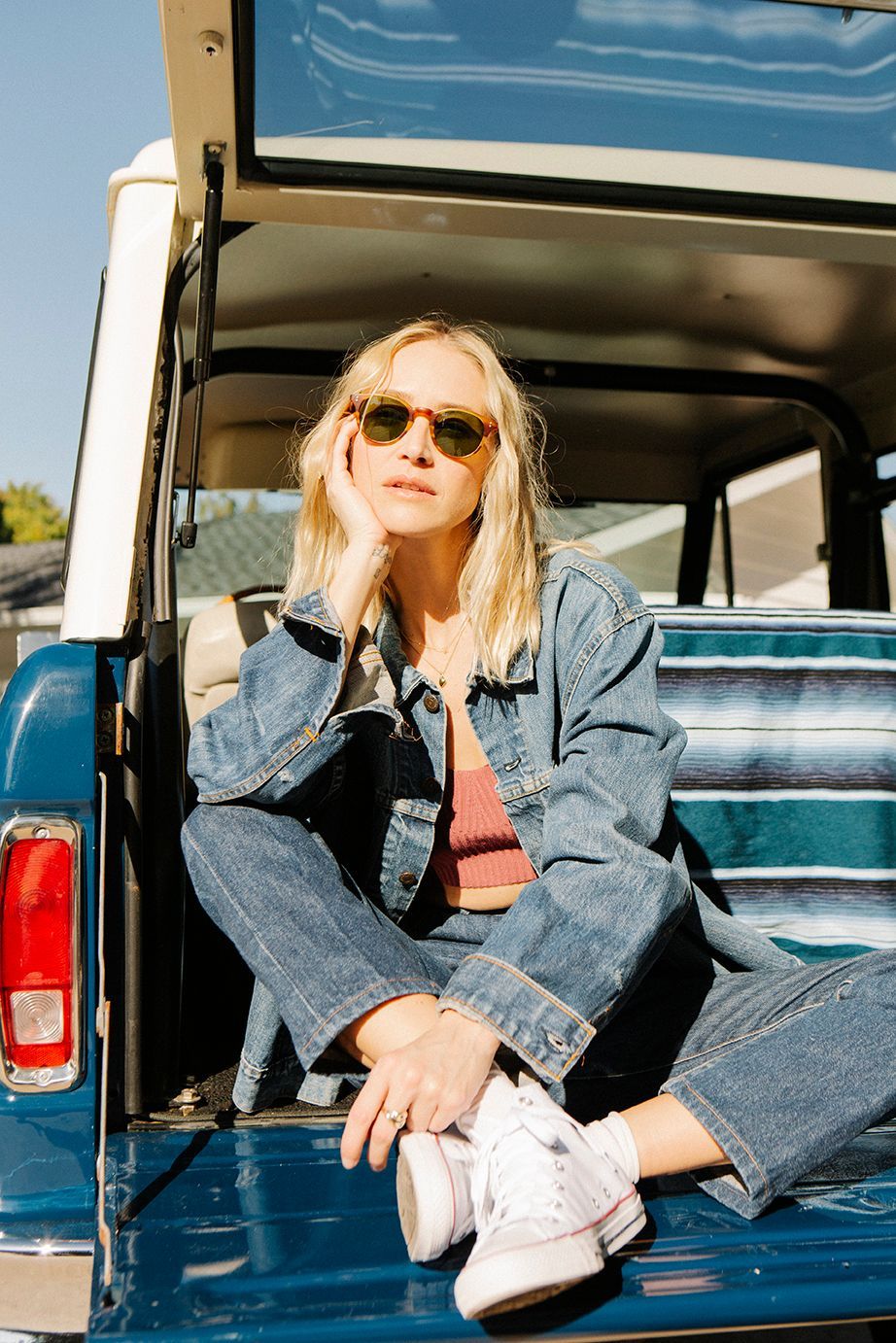 “Being in the eyewear category, we never knew if that was something that could do well online because it’s luxury and you have to try it on,” he said. “But we have a lot of growth built into that channel. We need to hire more people and build out that division and continue to invest in data analytics to see how we can increase our traffic and conversion. It’s a language that I just barely speak, but I know it’s extremely important so I know we need to bring the experts in.”

This focus on direct-to-consumer selling should not be viewed as a replacement for the brand’s wholesale business, which still accounts for 80 percent of GLCO’s volume. Leight said he views the stores he sells as partners because of the strength of the relationships he and his father have built over the past few decades with retail stores in the U.S. and overseas. Among his biggest accounts internationally are Mr Porter, Matchesfashion and Slam Jam. “Growing e-commerce and retail will create more awareness, which should result in more sales in our wholesale doors,” he said, adding that he envisions further growth in both the U.S. and Asia.

Collaborations will continue to be important to the brand in the future, he said. Recently, GLCO has focused on offering more lifestyle product with partners such as Moderinca, which created a chair with Garrett Leight’s signature palm tree print, and a traveling case with Rimowa.

This summer, the brand will even begin dabbling in apparel. “It’ll be small and just for friends, and it’ll be called California Objects,” he revealed. The limited-edition offering will be made in Los Angeles and will include a sweatshirt, T-shirt and other “non-eyewear objects seen thru the GLCO lifestyle lens including, but not limited to, apparel, home goods, fragrance, recreational sports and more,” he said.

Another collaboration will be released on June 7 that will showcase Leight’s heightened focus on sustainability.

“As a California-based brand, we’ve always felt a special connection to the natural beauty of our home state and its diverse ecosystems,” he said. “We believe that it’s important to not only enjoy and respect Mother Nature’s creations, but to leave them in better shape for the next generation. To this end, we’ve partnered with Parks Project on a limited-edition, Big Sur capsule and will be donating a portion of the proceeds to support volunteer programming in the Ventana Wilderness. The collection includes our first eco frame made with bio-based acetate derived from vegetable starch and bioethanol. The full collection includes a T-shirt, beach towel, sweatsuit, water bottle, and an upcycled fanny pack, all emblazoned with an exclusive wave pattern mirroring the locale’s one-of-a-kind views.”

Although the brand has always used an “eco-friendly, zero waste, upcycle factory,” the conversation about reducing the brand’s carbon footprint has gotten louder of late. “It’s not something we talked about the first five years, but it’s something we’ve gotten more serious about in the last five years: exploring packaging that’s animal free, things like that,” he said. “And next season we’re launching one of our bestsellers in ecofriendly acetate.”

Leight has plenty on his plate even though he no longer owns the majority stake in his brand. But how does he feel about having a boss after 11 years in business?

He shrugged: “I have a lot of confidence in myself and believe in myself. I think when I’m in the right environment and have the resources to grow, I get things done,” he said. “It’s different, but it’s reality and you can’t change it. I wanted to reduce my risk and find someone with the means to do that and that meant relinquishing a majority stake in the company and becoming an employee. But I’m confident I can deliver.”

“GLCO excels through its robust network of distribution relationships worldwide, and we are eager to help expand the brand’s presence in direct-to-consumer,” said Adam Freed, cofounding partner of The Untitled Group. “Garrett’s track record in eyewear design is unmatched and has tremendous resonance with customers globally. We are excited to build on this legacy and invest in the tools and resources that have earned the brand its industry-leading reputation.”

Freed’s partner Josh Rowan added, “We firmly believe GLCO is one of the strongest names in eyewear globally and are committed to building on the strong foundation Garrett has forged over the past decade, rooted in a long lineage of best-in-class eyewear expertise and design.”

In addition to GLCO, the newly formed investment vehicle has quietly put some funds into Nadaam, the cashmere brand, as well as Officine General, they said. Although they declined to say how Untitled is funded, Freed said there are a “number of investors who are committed to the platform as we look to build up our presence with strong founders and entrepreneurs to take their businesses to the next level.”

Untitled believes that with all the changes in retail today, the opportunity is biggest in direct-to-consumer, so any of the fashion, beauty or other consumer brands it invests in need to have a strong omnichannel approach, Rowan said. Before forming Untitled, Rowan worked at Dune Real Estate Partners, a real estate private equity firm. Freed had worked in the private equity division of the Blackstone Group before launching Untitled this month.

They said that with GLCO and othe others, their plan is to be “arm’s length partners” in the brands in which they invest. And unlike traditional private equity investors, they hold a longer-term point of view to their investments. So rather than cashing out after two to three years, they will seek to support the brands as they open new stores and markets and build teams in the U.S. and internationally, Rowan said.

Yuki Tsunoda sorry for criticising AT after qualy

BRITAIN is winning the war against Covid: Data shows vaccines protect against variants

Coronavirus: Some world leaders infected, others in self-isolation over potential exposure

Denver to drop all curfew violation charges against protesters