When independent fashion magazine Blanc launches its fall issue Friday with cover faces Hari Nef, Chloe x Halle and Tobe Nwigwe; runway looks from Gucci and many other luxe brands, as well as Ralph Lauren and Prada ads, it’s the result of years of hard work by editor in chief Teneshia Carr.

Originally from Philadelphia, Carr began the magazine in 2013 out of frustration with being repeatedly told she couldn’t use certain models when working as a photographer in London, while her hundreds of applications for internships and assistant posts at glossy magazines with the hope of one day becoming an editor were also met with a “no.”

“Being told that I can’t use a trans model; they already have a Black girl photo shoot in their issue so they don’t want me to use a Black girl, it just fueled my need to figure out how to create a space where those conversations are ridiculous and they don’t exist,” she said of the lack of representation in the glossy fashion magazine world. “So I started researching and connecting with stylists and photographers and makeup artists and model bookers who felt the same way I did.”

Based out of her tiny studio in east London’s then-gritty Mile End neighborhood and self-funded with 8,000 pounds, she set about getting Blanc — “a book that can celebrate the beauty of a 300-pound woman or a trans man or a breast cancer survivor” — off the ground. Against all the odds, she managed to secure distribution via Comag, the former distributor of Condé Nast, and succeeded in putting Blanc onto British newsstands. At first distribution was minimal at just 2,500 copies and she had no advertisers, but she gradually built a following and now prints 100,000 copies an issue (four a year), which are distributed around the world. 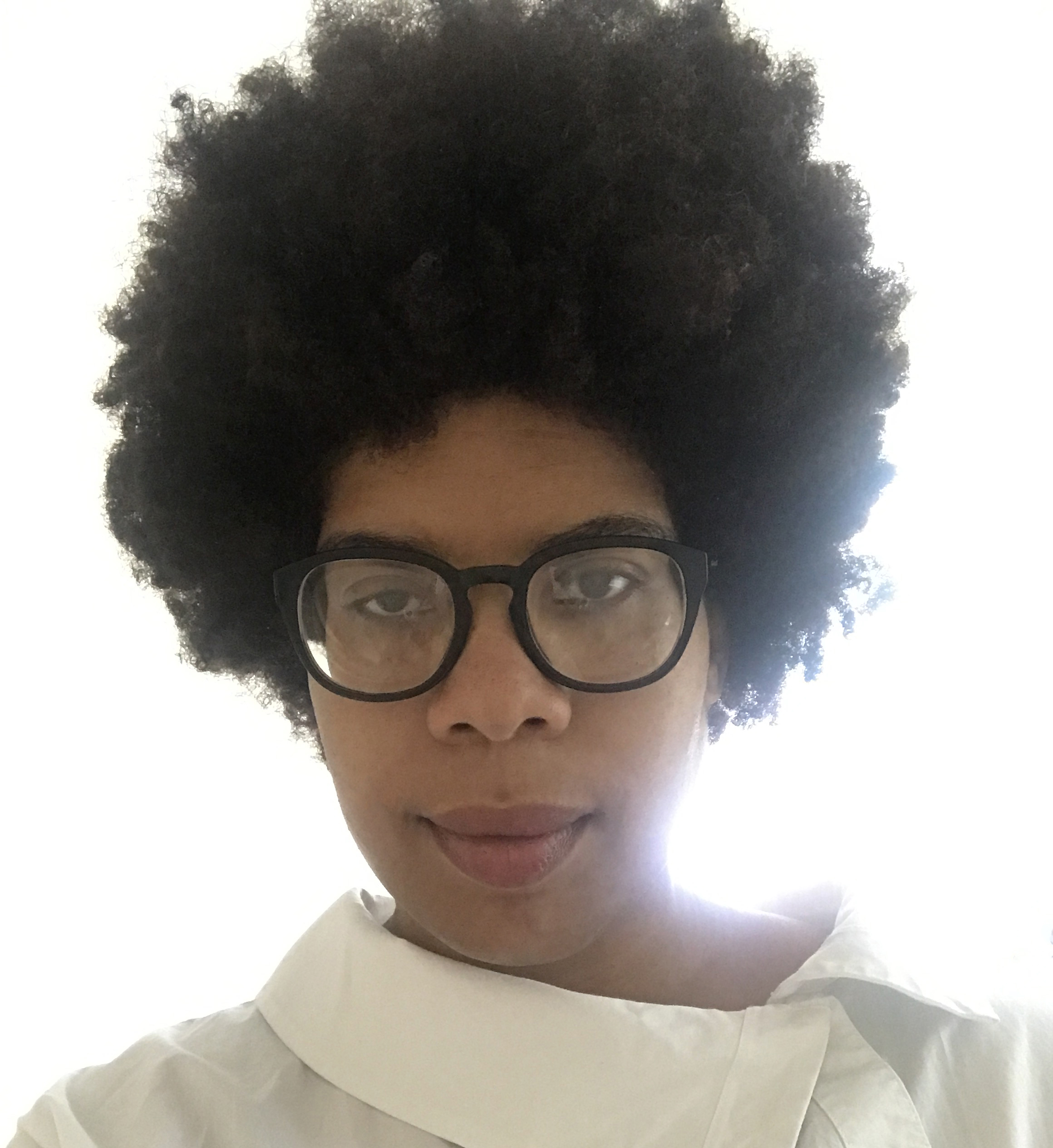 “I thought it was so important for me to continue because I was surprised by how many people thought like me; how many people said, ‘I needed this book to be made because I didn’t see myself anywhere.’ It wasn’t just me. I wasn’t alone. There were other people who felt like me so that’s what made me keep going. I didn’t have any advertising. I wasn’t really making any money, but I had to keep making the book because it had to be out there. We were not being the others,” she said. “I had to keep making it so I’m just lucky that I stuck around long enough for Kevin to come aboard.”

“Kevin” is Kevin Martinez, the former publisher of Elle, Details and Maxim. He came into the picture around a year ago when Carr, back living in the U.S., was introduced to him by a mutual friend to give her some advice. Instead he was so taken with her mission that they joined forces. His contact book has helped open more fashion doors for Carr (he also held senior positions at Harper’s Bazaar, InStyle and The New York Times) and prior to lockdown she flew to Italy four times to meet with big labels. But even before Martinez came on board, Carr brought on Gucci and the Italian luxe brand is now Blanc’s biggest brand partner. (Inside the new issue, Nef, who became IMG’s first trans model in 2015 and is now focusing on acting, poses in an array of Gucci outfits.) “When we first started no one would loan to us because no one knew who we were,” recalled Carr. 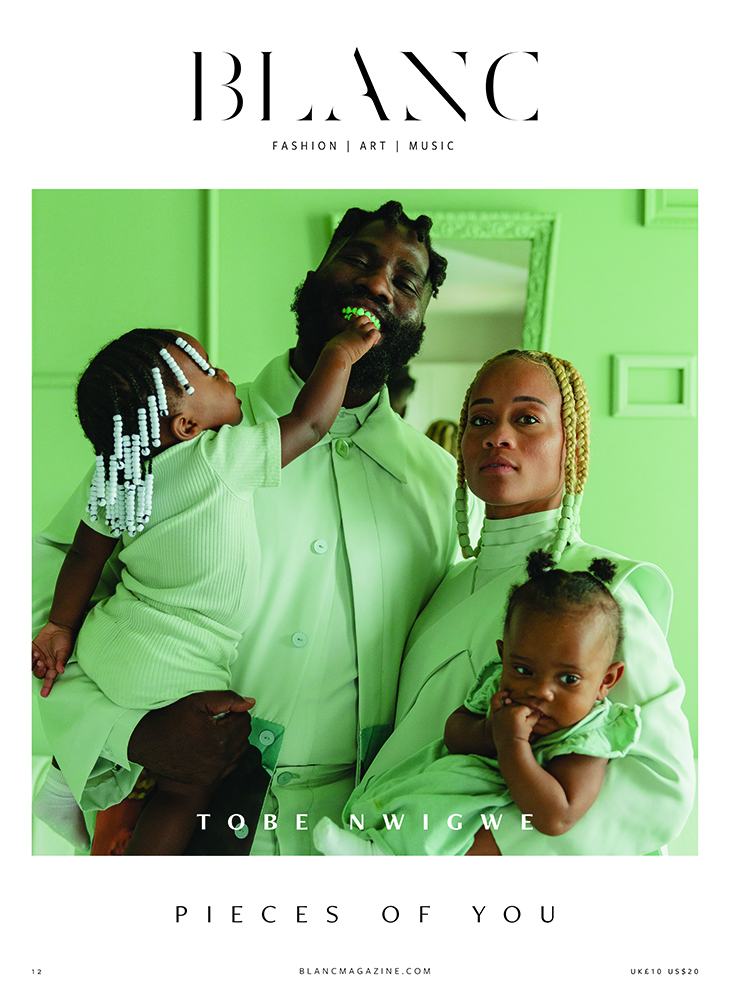 On thing is for sure, though: She won’t kowtow to brands to get their support, and will only work with those she sees are making a genuine effort to be more representative — the embodiment of the publication. Indeed, in her first meeting with Gucci, she expressed her dismay at its winter 2018 sweater evoking blackface that caused global outrage.

“They had never heard of Blanc, they had never heard of me and so it was me as a stranger, me as a Black woman telling them how I felt. Like many other people, I felt hurt. It was just, ‘oh great — another brand doing something that hurts.’ I told the folks over there that I met with that it was a painful thing to read the article and see the images and they were open and willing to figure out how to be better,” she said, adding that she thought they might not want to meet with her after that. But she was proven wrong.

She also has no time for tokenism, which she believes is rampant now, especially at some publications and companies in the wake of the police killing of George Floyd in Minnesota and nationwide protests against centuries of systemic racism.

“Tokenism is rampant right now and I think they should show that they really care about the community by hiring more Black editors, hiring more people of color in corporate positions,” Carr added. “Not just hiring a D&I person and just ticking a box. ‘OK, well, we have our D&I person so now people will get off our backs.’ No. Hire Black editors. Celebrate the Black experience by hiring people who are from that experience who live that every day. Not just putting someone on your cover. That’s just not enough.”

These Platforms Are Putting Latinx Fashion on the World Stage

Taliban warn deal with US in Afghanistan near breaking point

All eyes on Texas as early voting surge surpasses 2016