BUENOS AIRES/NEW YORK (Reuters) – Argentina’s ambitious target to strike a deal with bondholders to revamp almost $70 billion in debts by the end of March was never going to be easy. Now a coronavirus outbreak and crashing bond markets threaten to complicate things further. 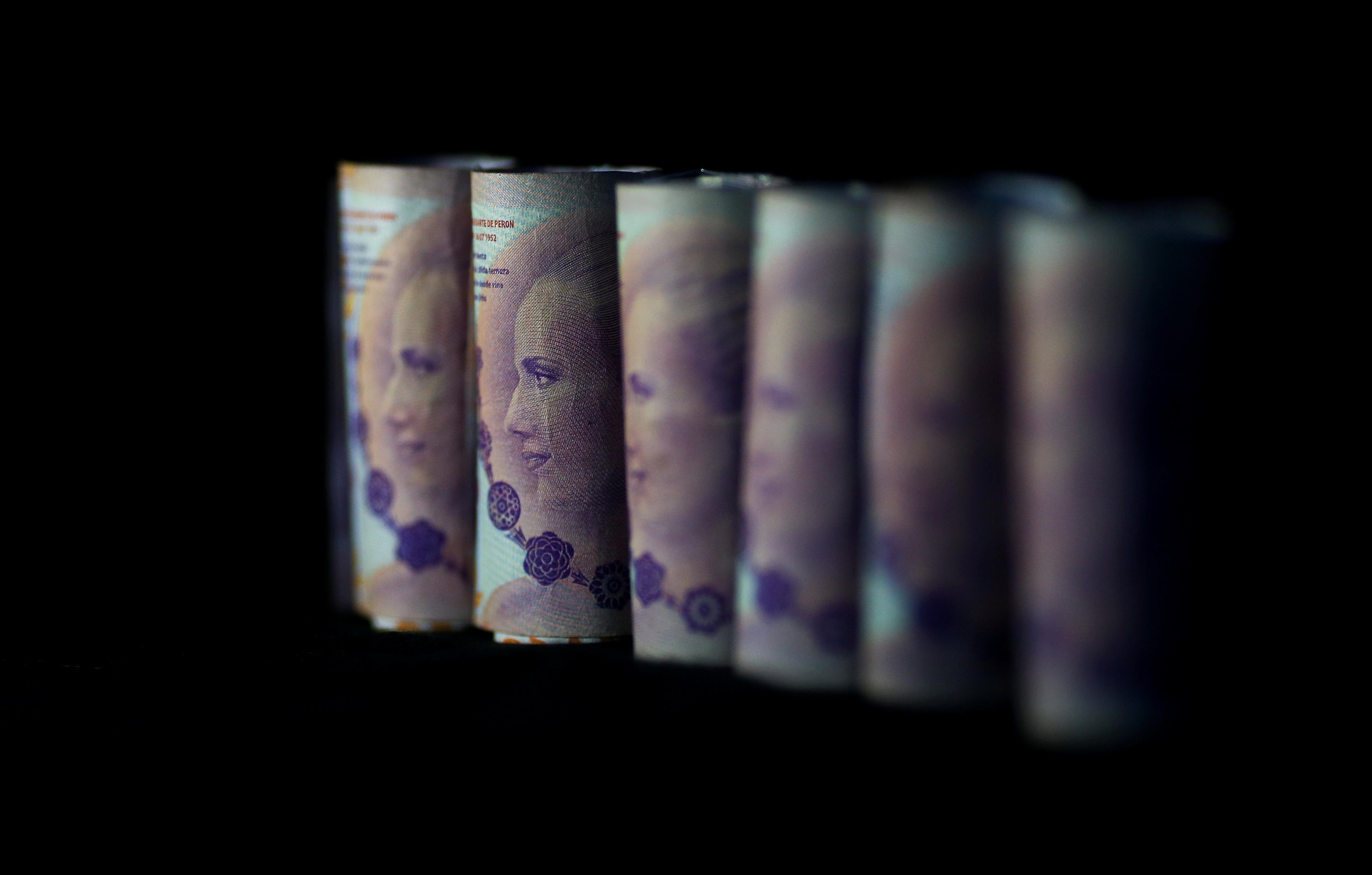 The South American country is seeking “substantial relief”, Economy Minister Martin Guzman told Reuters last week, but is far from certain to hit its March 31 deadline for a deal, with meetings with creditors affected by the pandemic.

Argentina has imposed quarantines and suspended travel with the United States and countries around Europe, home to major creditors including Pimco and BlackRock Inc (BLK.N). The country itself has 56 cases and two deaths, official data show.

“The (government’s) timetable was never realistic to begin with and the fallout from the virus is slowing it down even more,” said a U.S.-based bondholder involved in one of the creditor committees for Argentine debt.

“To put this in perspective, some of the financial advisors that had flown into Argentina to assist with the process are now in the middle of a two-week quarantine,” the investor said. “We have always considered May a more realistic time frame.”

Guzman told Reuters that the talks may miss the March 31 deadline by “a few days” with road shows for the government’s debt proposal affected by the virus.

“The plan was to have a road show. Now we are closely monitoring the coronavirus situation, which makes traveling difficult for everyone,” Guzman told Reuters, adding some meetings were being done remotely by video.

“Indeed video-conference might become an option we will resort to more over the coming days… Meetings in person are better but there are limitations to what we can do under current circumstances.”

Amid the coronavirus outbreak, Argentine markets have been hit hard – in line with global assets – taking some bonds down below 30 cents on the dollar and to levels lower than after a sharp crash in August last year.

This could open the door for vulture funds who could jam up the debt negotiations, said Mariano Marco del Pont, chief trader at Silver Cloud Advisors in Buenos Aires.

“That would mean more pain ahead for the country.”

Alberto Bernal, chief emerging markets strategist at XP Investments in New York, put it even more bluntly: “The worse it gets with the quarantines, the worse for the fate of the restructuring.”

Local economists said they were deepening their recession forecasts for the year ahead because of the virus. This in turn would hurt the grains producing country’s ability to meet its debt obligations.

“The global crash is just bad for Argentina’s economy. That’s bad for the negotiations. And if we don’t negotiate quick, the probability of default goes higher every day,” said Mateo Reschini, a trader with Rosario-based brokerage LBO.

Camilo Tiscornia, an economist at Buenos Aires-based consultancy C&T, said the economy will shrink 2.5% this year, more than the 1.4% contraction he had foreseen before.

Some saw a sliver lining: the drop in bond prices and the expected slowdown in global economic growth could compel creditors to accept Argentina’s restructuring offer in order to get paid back anything at all.

Joseph Stiglitz, a Nobel Prize-winning economist and Columbia University mentor to Guzman, said the pandemic’s effect on the markets could lower expectations in a way that actually favors Argentina as it enters negotiations with bondholders.

“The market price is giving an expectation of what Argentina could or should or will do. If Argentina offers more than that expectation, then people feel good,” he told Reuters.

“This may or may not be rational, but it can affect the outcome.”

Argentina has a history of defaults. A handful of funds rejected restructuring terms offered by Argentina after its 2002 default, leading to an over decade-long standoff which prolonged the Latin American country’s alienation from the markets.

“We’re clearly now in times of very high global uncertainty and macroeconomic policies need to be flexible to adapt to the multiple contingencies that in this environment can occur.”

Mum-of-three, 32, forced to have hands and feet amputated after getting Covid