WASHINGTON (Reuters) – U.S. consumer prices unexpectedly rose in February but are likely to decline in the months ahead as the coronavirus outbreak depresses demand for some goods and services, outweighing price increases related to shortages caused by disruptions to the supply chain. 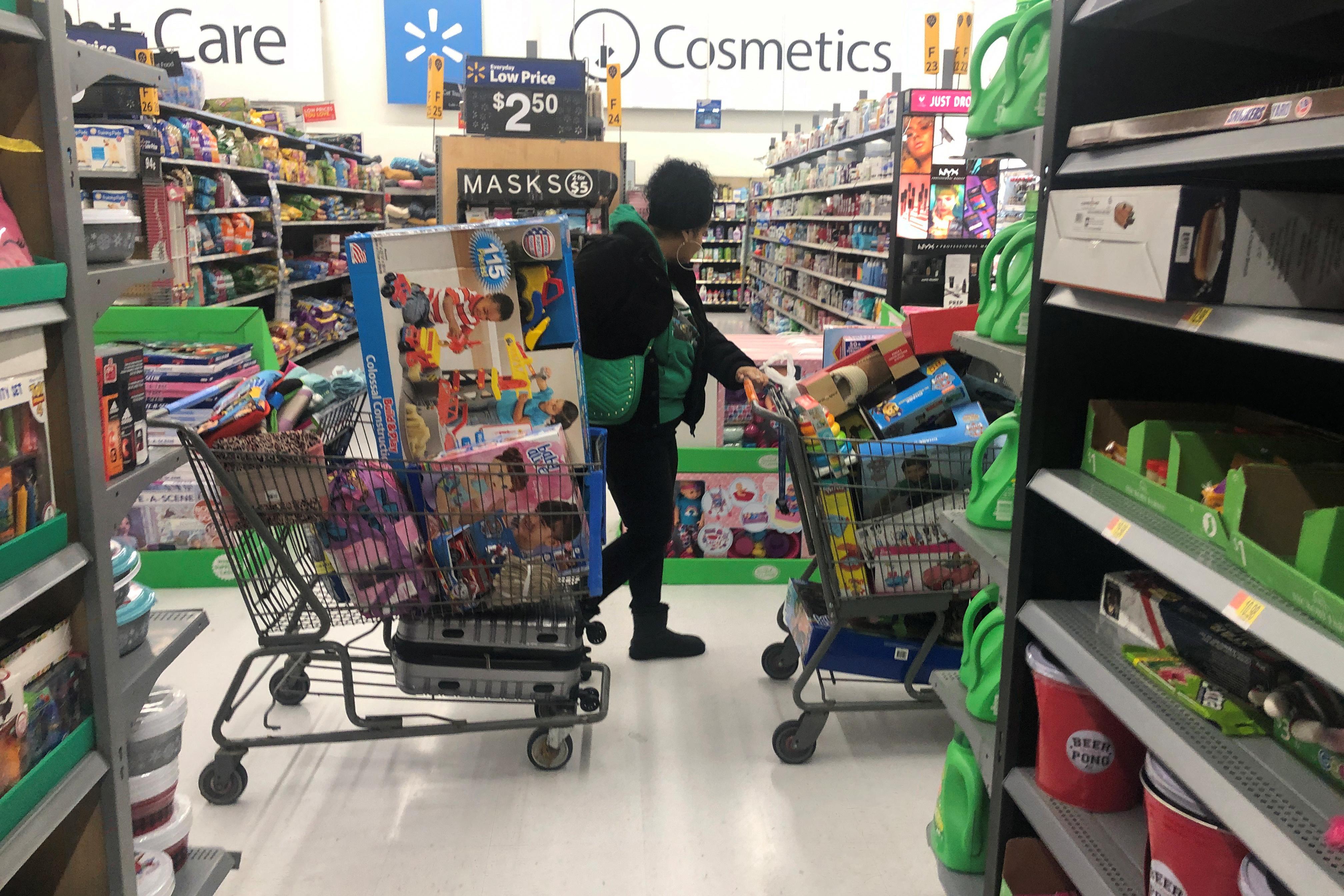 The report from the Labor Department on Wednesday also showed a steady rise in underlying inflation last month.

Financial markets expect the Federal Reserve will cut interest rates again at its policy meeting next week. The U.S. central bank implemented a 50-basis-point emergency rate cut last Tuesday as the fast-spreading coronavirus fanned fears of a recession in the U.S. and global economies.

The Labor Department said its consumer price index increased 0.1% last month, matching January’s gain, as rising food and accommodation costs offset cheaper gasoline. In the 12 months through February, the CPI rose 2.3%. That followed a 2.5% jump in January, which was the biggest year-on-year gain since October 2018. Economists polled by Reuters had forecast the CPI would be unchanged in February and rise 2.2% year-on-year.

The coronavirus, which causes a respiratory disease called COVID-19, has killed at least 31 people in the United States and sickened more than 1,000 people. Overall, more than 4,000 people have died from COVID-19 and about 120,000 have been infected.

The disease originated in China, the main source of inputs used in many factories in the United States. While some Chinese factories have resumed operations after Beijing extended the Lunar Year holidays in an effort to limit the spread of the virus, they are running below normal capacity.

The supply disruptions are expected to lead to shortages of some goods, including prescription medication, which could boost prices. But fears of a global recession and oil price war between Russia and Saudi Arabia have sent crude prices tumbling.

In addition, travel restrictions and social distancing are likely to sap demand for services such as travel, hotels, entertainment and eating out at restaurants. The coronavirus’ impact is expected to start showing up in March inflation data.

U.S. stock index futures were trading about 3% lower on skepticism about the Trump administration’s stimulus plan to combat the economic impact of the coronavirus outbreak. Prices of U.S. Treasuries were trading higher while the dollar .DXY was weaker against a basket of currencies.

Excluding the volatile food and energy components, the CPI increased 0.2% in February, matching the gain in January. The so-called core CPI was up by an unrounded 0.2229% last month. Underlying inflation in February was boosted by rising prices for apparel, personal care, health care, used cars and trucks, and education. Airline fares and recreation prices fell.

In the 12 months through February, the core CPI increased 2.4%, after advancing by 2.3% for four consecutive months.

The Fed tracks the core personal consumption expenditures (PCE) price index for its 2% inflation target. The core PCE price index rose 1.6% on a year-on-year basis in January. It undershot its target in 2019. February’s PCE price data will be published later this month.

The central bank last week slashed its benchmark overnight interest rate by half a percentage point to a target range of 1.00% to 1.25%. It was the Fed’s first emergency rate cut since the height of the financial crisis in 2008. Financial markets have fully priced in a rate reduction of at least another 50 basis points at the March 17-18 policy meeting.

Owners’ equivalent rent of primary residence, which is what a homeowner would pay to rent or receive from renting a home, increased 0.2% in February after gaining 0.3% in the prior month. The shelter index rose 0.3% after jumping 0.4% in January.

Apparel prices increased 0.4% after jumping 0.7% in January. New vehicle prices nudged up 0.1% in February after being unchanged in the prior month.

Prices for used motor vehicles and trucks rebounded 0.4% after falling 1.2% in January. There were also increases in the costs of motor vehicle insurance, household furnishings and operations, new motor vehicles, tobacco and alcoholic beverages.