NEW YORK (Reuters) – U.S. stock valuations are tumbling in the wake of the coronavirus-fueled market rout, but determining when equities are cheap enough to buy is a tricky proposition. 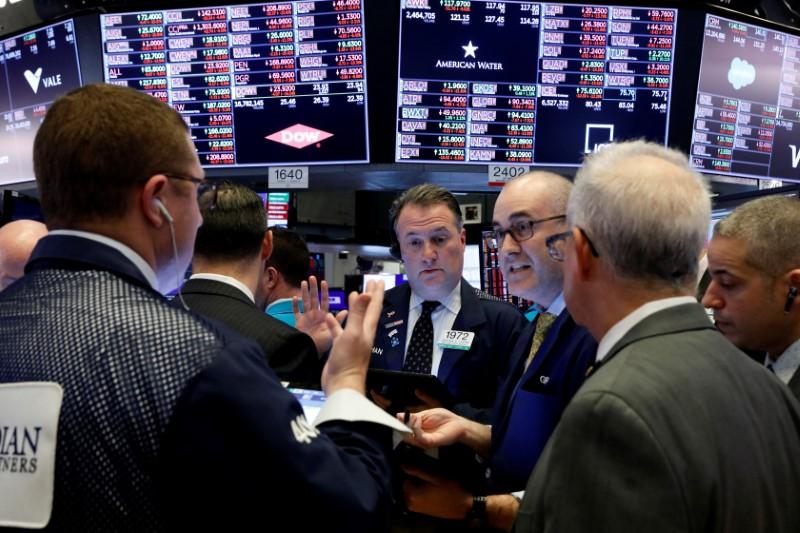 The S&P 500’s .SPX price-to-earnings ratio, based on earnings estimates for the next year, has dropped from over 19 in late February to 14.2 as of Wednesday, according to Refinitiv data.

The decline in forward P/E marks a drop from the highest level since about mid-2002 to a level below the index’s historic average.

But the numbers may be misleading. For example, many market watchers say overall earnings estimates have yet to adjust low enough to account for the economic fallout from the coronavirus pandemic. That adjustment would mean stocks, based on price-to-earnings valuations, are less attractive than they appear.

“It’s a little bit difficult to look at the P/E even for this year. The estimates are going to come down; they are still too high,” said James Ragan, director of wealth management research at D.A. Davidson. “It’s just so hard to even figure out what the impact is going to be.”

Consensus earnings estimates for 2020 are for S&P 500 companies’ earnings to rise by 2.7%, Credit Suisse analysts said in a note on Wednesday. That number falls to a decline of 0.7% for this year when only estimates updated in the prior seven days were used, Credit Suisse found, noting that “while we believe estimates will fall further, ‘fresh’ numbers better reflect current realities.”

BofA Global Research on Thursday cut its S&P 500 forecast so that it now projects earnings to fall 15% this year.

Companies may begin to shed some light on the economic damage when they start reporting first-quarter results in the middle of April.

“We have no idea where earnings are going at all,” said Lindsey Bell, chief investment strategist at Ally Invest. “We are probably not even going to get clarity on it until maybe Q1 reporting season … and even then I wouldn’t be surprised to see a lot of companies just pull guidance.”

Already this week, FedEx (FDX.N) and Marriott (MAR.O) walked away from their 2020 forecasts because of the uncertainty from the coronavirus, which has infected over 210,000 people globally and killed 8,900.

While price-to-earnings valuations are a moving target, the extent of the drop has enticed investors seeking a potential bargain, particularly those who can hold stocks for a long time.

For example, Brad McMillan, chief investment officer for Commonwealth Financial Network, pointed to the number of stocks with a heftier dividend than the yield on the U.S. 10-year Treasury note.

“I am not buying right now, but right now there is a powerful economic argument for buying stocks,” McMillan said.

“We are getting to the point where stocks are already compelling economically even if the emotional context may still take them down further.”

Even as he braces for a decline in earnings in this year, Ragan said there is a “pretty strong chance” of earnings growth in 2021.

“For a long-term investor who is trying to have some confidence about investing now or hanging in there now, you can see light at the end of the tunnel from a valuation standpoint once you start to look to 2021,” Ragan said.

The S&P 500’s tumble extended to over 32% earlier this week. Investing in stocks at a 30% level of decline in the last two bear markets, during the 2000 dot-com bubble and 2008 financial crisis, “was a pretty good buying opportunity,” Bell said.

For investors with at least a five-year investment horizon, now is a “prudent time to start putting money to work,” said Bell, who said technology stocks appear particularly enticing.

“Expect that you might see it go down near-term but over the long term you will be rewarded,” Bell said.

The White House accused China of hindering a W.H.O. inquiry into the origins of the virus.

askST: My employer owes me several months' worth of salary and says he cannot afford to pay me yet because business is really bad due to Covid-19. What should I do?

Travel to South America: 8 countries that have eased COVID-19 rules for tourists

BMW iX xDrive40: The Entry-Level Version That The US Will Not Get