LONDON (Reuters) – From Washington to London, Beijing to Rome, governments are drafting automakers and aerospace manufacturers to ramp up production of ventilators and other medical equipment to bolster what most experts say is an inadequate arsenal of coronavirus treatment tools. 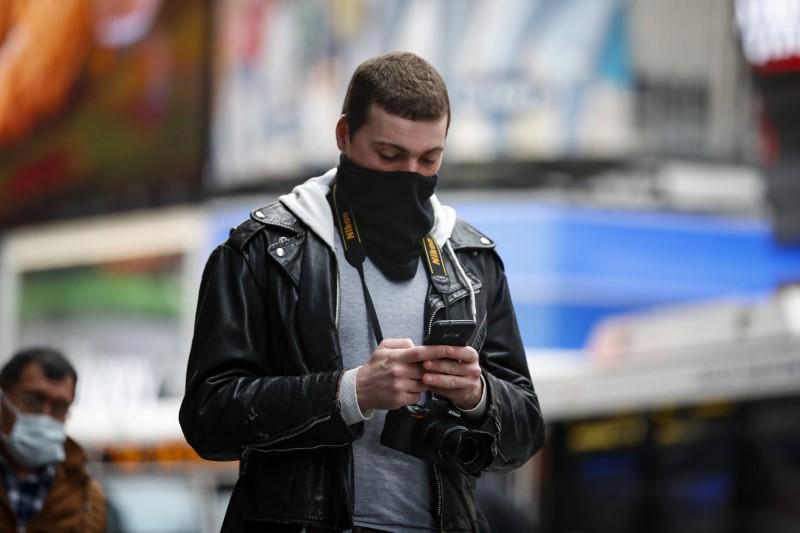 Authorities are hoping large-scale manufacturers can bring their low-cost supply chains and digital design expertise to bear, including 3D printing, and repurpose some factories in order to make up the expected shortfall in vital medical hardware.

Some of Britain’s biggest companies with expertise in aerospace and cars have formed three teams to produce basic ventilators to help the country’s National Health Service cope with the coronavirus outbreak.

Meggitt, which builds components including oxygen systems for civil aerospace and military fighter programmes, is leading one consortium alongside engineers GKN, Thales and Renishaw.

The other two teams are being led by carmakers McLaren, which is looking at how to design a simple version of a ventilator, and Nissan, which is working with others to support existing ventilator producers.

Ventilators, which move air in and out of the lungs, could be the difference between life and death for coronavirus patients suffering breathing difficulties.

But getting new production up to speed will not be easy, some in the manufacturing industry said.

“But this depends on how much know-how existing manufacturers (of ventilators) are prepared to share about the design of such a machine,” he added. “Another bottleneck will be assembling such machines under conditions which are adequate for the medical industry.”

The idea of using automakers to supply medical equipment got started in China, where electric car maker BYD earlier this month began turning out 5 million face masks and 300,000 bottles of hand sanitizer a day. The Shenzhen-based automaker is backed by U.S. investor Warren Buffett.

Since then the idea has spread to other industries and countries.

European aerospace group Airbus is working across its processes to see if its 3D printing or production facilities can be of use.

“The aim is for there to be a (ventilator) prototype in two weeks and for manufacturing to start in four weeks,” one person familiar with the situation at the company said.

In northern Italy, the epicenter of the virus outbreak outside China, Italian carmakers Ferrari and Fiat Chrysler are in talks with the nation’s biggest ventilator manufacturer to help it boost production, company officials said on Thursday.

The Italian government has embarked on a big expansion of intensive care beds, many of which will require ventilators.

A source familiar with the matter said sports car maker Ferrari NV would be ready to start manufacturing ventilator parts in its famous Maranello headquarters, close to a ventilator factory operated by small medical equipment maker Siare Engineering. The luxury carmaker had yet to make a final decision.

“We’re talking to Fiat Chrysler, with Ferrari and (component maker) Marelli to try to understand if they can lend us a hand in this process for the electronics part,” Siare Engineering Chief Executive Gianluca Preziosa told Reuters.

A spokesman for Exor, parent firm of both Fiat Chrysler and Ferrari, said meetings had taken place on Thursday with Siare to study the feasibility of the idea and that a decision was expected in the coming hours.

The spokesman said two main options were being considered: help Siare to engineer a capacity increase at its plant with the support of technicians provided by Fiat Chrysler and Ferrari, or outsource production of ventilator parts to the carmakers’ facilities.

DETROIT TO THE RESCUE

In the United States, the federal government is in talks with Detroit auto giants General Motors Co and Ford Motor Co about how they can help expand ventilator production, the companies and White House officials said on Wednesday.

It would not be the first time Detroit retooled auto plants to confront a national crisis. During World War Two Ford, GM and the former Chrysler stopped building cars and directed their factories and engineers to mass-produce airplanes, tanks and other weaponry at unprecedented levels, earning Detroit the nickname the “Arsenal of Democracy.”

Ford CEO Jim Hackett told employees in a town hall meeting that Ford is working on building ventilators if the idea is feasible. GM CEO Mary Barra spoke to White House economic adviser Larry Kudlow about the issue after the company announced it would suspend North American production through March 30.

“We will make ventilators if there is a shortage,” Musk tweeted, responding to a suggestion that the billionaire repurpose a factory for the task. The comment immediately drew hundreds of replies urging him to act.

From Iraq, an Intimate Glimpse of the Religious Holiday of Arbaeen