If you want to get an idea of how Anthony Joshua will perform on any given fight night then looking at his weight is a good place to start. If he’s heavy, like against Carlos Takam (254 pounds), then there’s a good chance he’s intending to bludgeon his opponent into submission. However, if, as in the Andy Ruiz 2 fight (237 pounds), a lighter version of AJ shows up then it’s likely his game plan will be to move around the ring, bob and weave, hit and don’t get hit.

Ahead of this weekend’s WBA, WBO and IBF defense fight against Oleksandr Usyk, Joshua is looking lighter and leaner than ever, and we’re not the only ones to notice. Commenting on Instagram photos of Joshua, WBO cruiserweight champion Lawrence Okolie wrote: “Lean, mean, boxing machine,” while another user said: “Champ, you look lean! 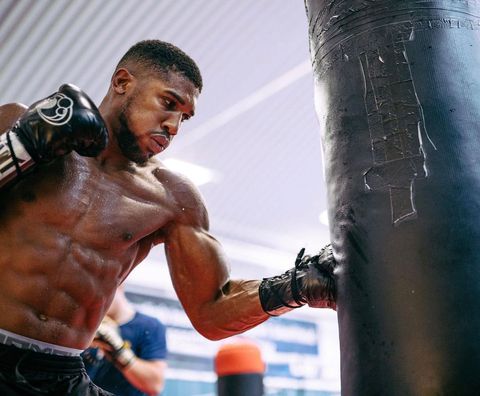 While a lean and light physique means a fighter will be lighter on their feet it can also have the detrimental effect of reducing power. Joshua insists that won’t be the case and says he’ll be no less ferocious when he gets in the ring, but is that really true? Below you’ll find everything that AJ and his team have said about his current physique and what that means for this weekend’s fight.

What Anthony Joshua Has Said

Speaking to Sky Sports, Joshua revealed that while he isn’t trying to achieve a certain weight ahead of this weekend’s fight, he admitted being wary of his Usyk’s footwork and has slimmed down to mimic his opponent’s nimbleness and muscular endurance.

“I do look at my weight but I’m not trying to make weight because I’m a heavyweight,” said Joshua. “I tailor my training. I am getting a lot of experience, I’ve been fighting good fighters for a long time, I’ve studied them and learned about their training camps. I’ve learned how to condition my body for specific fights.

“I’m looking trim for this fight, but I’m fighting a guy who is a 12-round fighter, so it would be silly of me to go in there bulky with my muscles screaming for oxygen. 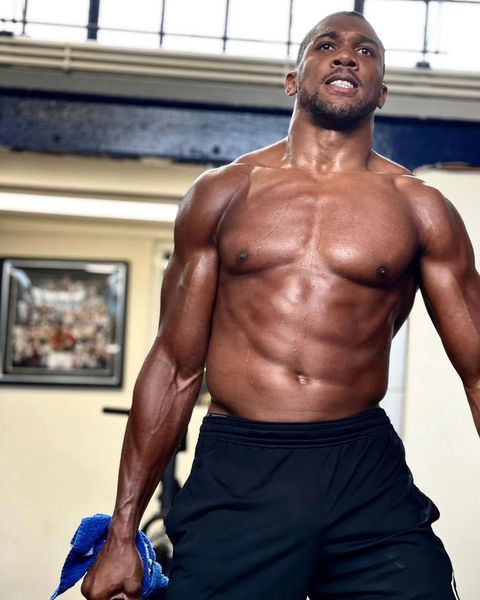 “I’ve been training like a 15-round fighter in this camp. I will be well-conditioned to fight. That is key. What happens when I train that way? My body adapts and takes its natural form. This is the form it has taken.”

But despite trimming down for the challenge of Usyk, Joshua has insisted that he won’t lose any power and will still be “solid as a rock”.

“I’m going to come in light. Run around the ring, try not to get hit. I’ll be on my bike all night. I don’t want to get out of 140 heartbeats per minute, so I’m really skinny.

“Listen, I’m as solid as a rock. I’m strong, I’m good at the weight. I don’t really focus on my weight. It’s just training. I just put in the work. These are different opponents and I’ve learnt about training for specific opponents. These guys go longer rounds.

“When you’re knocking out guys in three or four rounds, it’s different. I studied boxing and what works for me and weight is not a priority.”

What Anthony Joshua’s Team Has Said

It’s not just AJ who has been speaking about his physique for the Usyk challenge, his trainers have also been commenting. Speaking to SunSport, Joshua’s trainer Rob Madden has said that AJ has learnt how to be lean and fast without losing power, and we should expect more of that during his fight with Usyk.

“The weight is always a team decision and effort but I think it has been more of a training adjustment than anything else,” said Madden. “There is a lot less weight lifting and strength work, he actually gets a lot of his bulk just from boxing itself. If you look at his biceps and shoulders, a lot of that comes from the heavy bag and the amount of boxing he does. 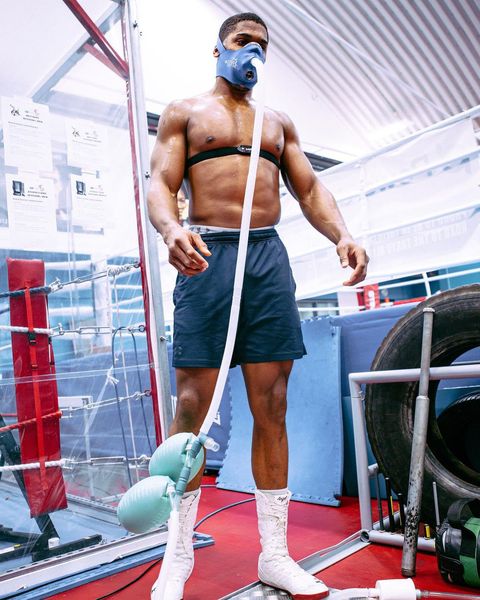 “The weight always depends on the opponent, he felt really fresh and fit at the Ruiz 2 (237 pounds) and Pulev (240 pounds) weights, without sacrificing his power as a natural asset.

“Going into the Usyk fight, you can see now that he is leaner than how heavy he was from Klitschko because he learned how heavy that feels and he personally prefers to hover a bit lower than that.”

More people are flying — so why are airlines slashing flights and hiking prices?