Stopped exploring your local green spaces since lockdown ended? It’s time to get back out there, even if that means wrapping up against the cold or donning a waterproof jacket. It’s time to make 2022 the year we reap all the benefits of moving outdoors.

After nearly two years, there’s nothing more tedious than hearing how someone spent the first lockdown. We all walked, ran and made banana bread. Since then, we’ve gone back to gyms, restaurants, offices, and many of the places that were packed out in spring 2020 – parks, canals and commons – have gone back to being the preserve of hardened runners and dog walkers.

As one of those weathered runners, it was weird seeing so many people in my space come rain or shine. On those wintry mornings last year, it seemed like there were hundreds more runners on every path in east London, all moving against the wind and snow.

Running benefits: “I run even though I don’t like running – and here’s why I’ll keep on doing it”

For those of us who run and cycle, urban greenery is an everyday part of our wellbeing and fitness regimes. But in recent months, there’s definitely been a drop off in the numbers of people on the paths where I live. The gyms are pretty full, the Tubes are packed, and if you time it right, the cycle lanes are heaving… but the open areas of nature that were once full of folk exercising outdoors are empty.

That’s no doubt partly due to the weather. Why would you exercise in 0°C when you could be in a warm studio near to work, or in your living room? But in my experience, spending the winter months moving in nature is the key to actually making the most of January and February. And it’s for that reason that I’m making it my 2022 fitness resolution to spend even more time in urban nature.

The other week, I popped up to Birch for the weekend – a kind of retreat-cum-hotel in Cheshunt, just north of Enfield. Last year, I cycled past the place on an epic summer bike ride from Hackney to Cambridge, but never stopped to explore the area. 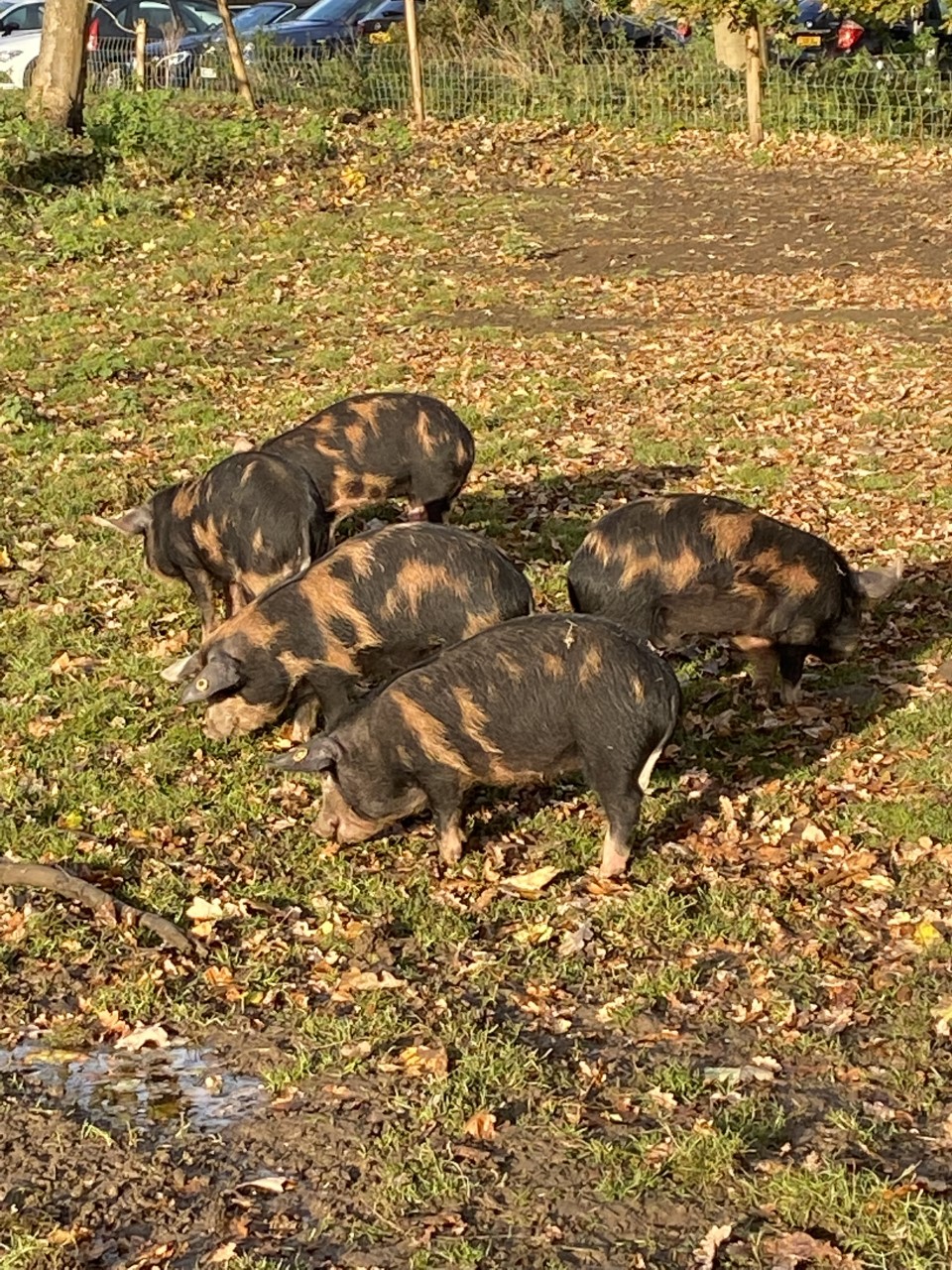 Going back, I discovered just how much green countryside lay within about 20 minutes from where I grew up. It’s just acres of trees and rolling greenery for as far as the eye can see, and in the middle of it, is this gorgeous house (Birch). I went, primarily, to spend some time with my mum (with whom I survived lockdown one) and we found ourselves exploring the grounds, doing 8am yoga flows (or ‘mindful movement’ as Birch calls it) looking out on to the peaceful views and going on nature walks.

There are obviously huge benefits to exercising outdoors. Studies have shown that moving in nature can reduce mental fatigue while boosting mood, self-esteem and perceived health. And interestingly, we tend to have lower levels of perceived exertion when we exercise al fresco, meaning that jogging in the breeze may actually feel less taxing than slogging it out on a treadmill.

A 2018 systemic review and analysis by the University of East Anglia found that exposure to green space has “significant and wide-ranging health benefits” including reduced risk of high blood pressure, cardiovascular disease and stress. Study author Caoimhe Twohig-Bennett said at the time: “One of the really interesting things we found is that exposure to green space significantly reduces people’s levels of salivary cortisol – a physiological marker of stress.” 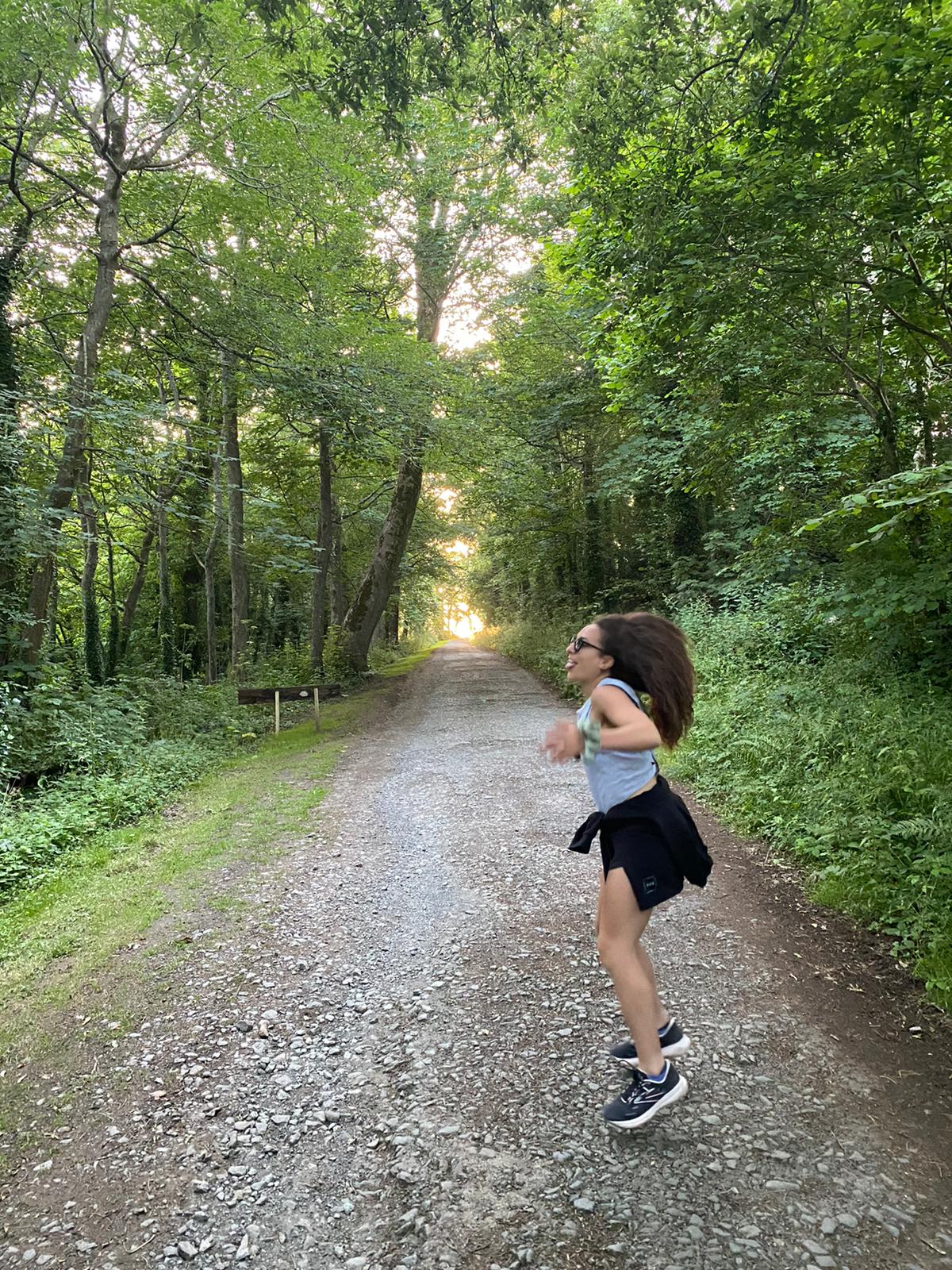 Getting outdoors for a run or walk has so many health benefits, from lowering blood pressure to reducing stress.

A few years ago, I tried everything to get my own chronic stress issue under control including reducing HIIT sessions, trying acupuncture, cutting out coffee, taking Chinese herbs and buying every supplement going. The thing that I believe was most instrumental in getting it back? Swapping my daily Tube commute for cycling.

I can’t prove that cycling to work was the thing that significantly reduced my cortisol levels but it was the one conscious decision that immediately made me feel different. I cycled across London through as many parks and quiet paths as possible and by the time I reached my office, my mind was quiet; at the end of the day, despite cycling in the dark, I felt calm by the time I reached home. Being outside all that time – in rain, sun, wind and snow – had a transformative effect. 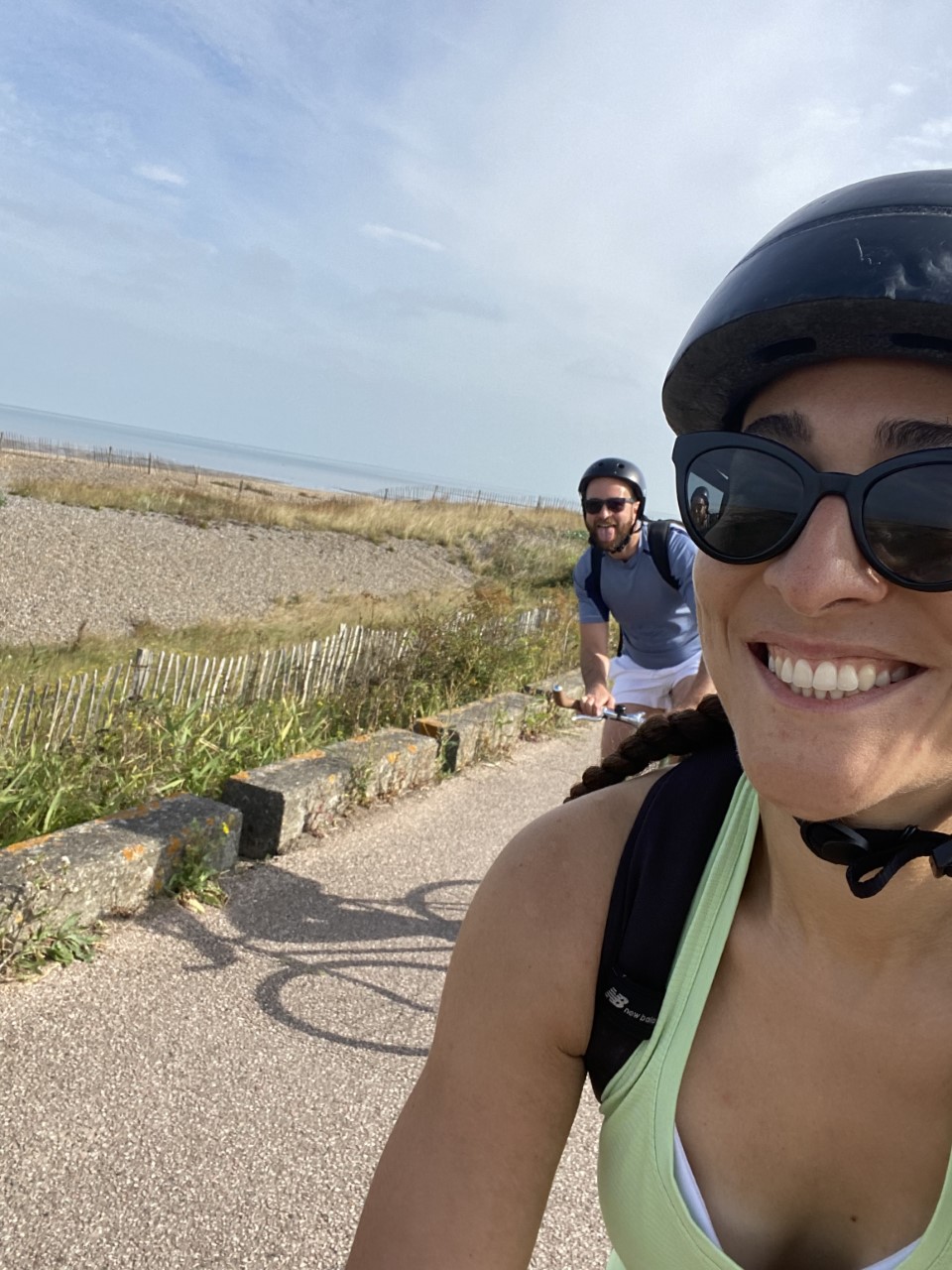 Cycling has transformed my life since committing to take scenic routes. And those sunny days make up for the raining mornings.

I left Birch after only 24 hours feeling totally rejuvenated. All that time spent outside caused me to sleep deeper than I had for months. I woke up feeling fresh and motivated to move. After umpteen weeks of leaving the house in the dark at 6.30am to head to the gym and running around the same canals and towpaths on the weekend, it felt incredible to be excited to get out and explore.

And that’s really the point with vowing to spend more time outdoors. Doing the same old thing can be bloody tedious, even if we enjoy it. By deciding to dedicate the year to exercising in urban nature, you’re really promising two things: to prioritise moving and to explore.

It’s not about heading to the same boring park for the same snoozy 5K every other day. Use Strava, Google Maps or your own keen sense of discovery to find new pockets of greenery near you and see what you can do there. Could you, for example, see where the canal you always run part of ends up? How about taking your yoga flow outdoors when it gets warmer? Why not see if there are any secret parks or green pockets you can walk to on your lunch break? If you cycle to work, is there a greener route you could take that doesn’t add hours onto your journey?

While few want to be reminded of the time when we were only able to socialise on a walk (remember when you ran the risk of getting a fine for sitting on a bench with a coffee?) there are definitely learnings that we can and should take from the past couple of years.

Not being able to see our friends and family was hard, but arguably harder was not being able to be outdoors when we wanted, feeling the elements around us. We found solace in those al fresco walks, runs, swims and cycles. Friendships, romances and family bonding was strengthened when we stepped outside for a break.

You don’t have to go far to reap the benefits of nature and you certainly don’t have to live in the countryside. Your local marsh, green or park will do.

Covid 19 coronavirus rule-breakers: The Government’s two big mistakes, and how it can fix them

Allies hope to bond, look beyond virus at G-7 summit in United Kingdom