“Our shields are worn. Our resolve is being tested.”

So say the most immediate, frontline health care workers in a new ad campaign as the coronavirus pandemic rages across the United States, breaking records nearly every day for deaths — and cases — in state after state.

The campaign, in print and video, by about 100 of the nation’s largest and best-known hospital groups begins on Thursday, and aims to counter public resistance to mask-wearing.

The message beseeches Americans to protect everyone, including those on the forefront of the battleground in so many states where incoming patients are waiting for beds in overwhelmed hospitals with staff members fatigued from the unrelenting march of death during the pandemic.

The groups wrote an open letter on Thursday, recommending that people “celebrate responsibly in a scaled-back fashion.”

“We are all weary and empathize with the desire to celebrate the holidays with family and friends, but given the serious risks, we underscore how important it is to wear masks, maintain physical distancing and wash your hands,” the letter said.

The ad campaign by major hospital groups includes sponsoring print advertisements in prominent newspapers, including The New York Times, and backing a social media push featuring a powerful video that expresses the frustration felt by some of the nation’s health care workers over the refusal of so many Americans to wear masks, an action that could potentially prevent tens of thousands of deaths.

The video, with stark black-and-white photographs of doctors and nurses leaning over Covid-19 patients in the midst of this crisis, urges the public to do more, to step up, to prevent the exponential rise of cases in their communities. It’s a call to arms.

“We put our lives on the line daily to keep you safe. So, do something for us. Wear. A. Mask,” the caption reads. 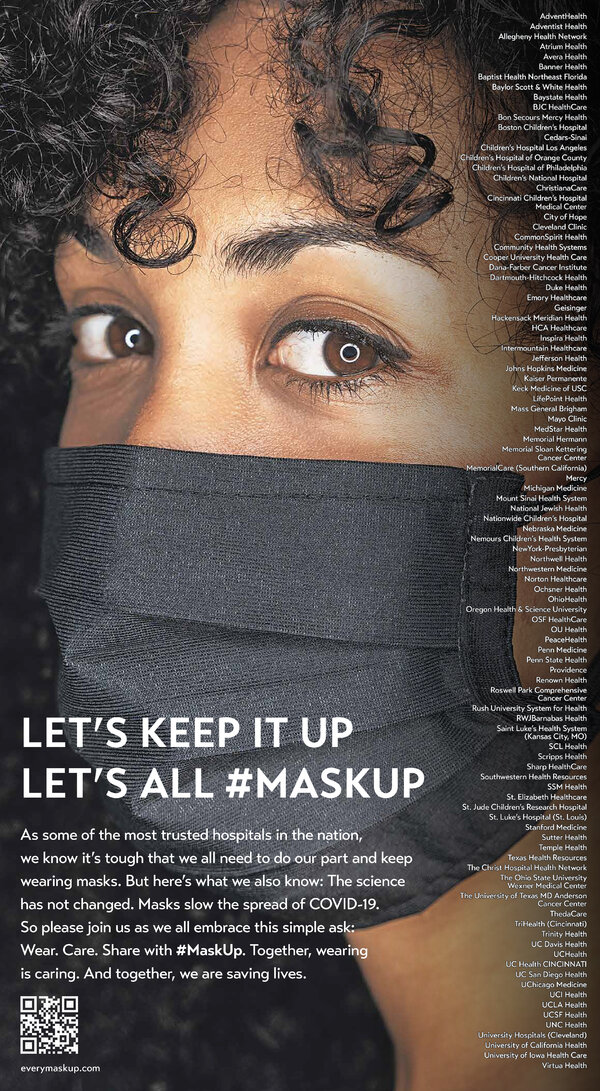 Dr. Tomislav Mihaljevic, chief executive of the Cleveland Clinic, led the campaign, saying it was intended to recognize health care workers’ fatigue in dealing with the eight-month-long pandemic in the United States.

“This is a cry for help, a rallying cry,” he said.

The hospital groups that are participating represent a broad array of organizations and companies with facilities across the country, including major academic medical centers like Johns Hopkins Medicine, Mass General Brigham, NewYork-Presbyterian and U.C.L.A. Health; large for-profit chains like HCA Healthcare; and religious hospital groups like Adventist Health and CommonSpirit Health.

Boxing: Joshua would fight behind closed doors only as last resort, says Hearn