A more contagious form of the coronavirus has begun circulating in the United States.

In Britain, where it was first identified, the new variant became the predominant form of the coronavirus in just three months, accelerating that nation’s surge and filling its hospitals. It may do the same in the United States, exacerbating an unrelenting rise in deaths and overwhelming the already strained health care system, experts warned.

A variant that spreads more easily also means that people will need to religiously adhere to precautions like social distancing, mask-wearing, hand hygiene and improved ventilation — unwelcome news to many Americans already chafing against restrictions.

“The bottom line is that anything we do to reduce transmission will reduce transmission of any variants, including this one,” said Angela Rasmussen, a virologist affiliated with Georgetown University. But “it may mean that the more targeted measures that are not like a full lockdown won’t be as effective.”

What does it mean for this variant to be more transmissible? What makes this variant more contagious than previous iterations of the virus? And why should we worry about a variant that spreads more easily but does not seem to make anyone sicker?

We asked experts to weigh in on the evolving research into this new version of the coronavirus.

The new variant seems to spread more easily between people.

Many variants of the coronavirus have cropped up since the pandemic began. But all evidence so far suggests that the new mutant, called B.1.1.7, is more transmissible than previous forms. It first surfaced in September in Britain, but already accounts for more than 60 percent of new cases in London and neighboring areas.

The new variant seems to infect more people than earlier versions of the coronavirus, even when the environments are the same. It’s not clear what gives the variant this advantage, although there are indications that it may infect cells more efficiently.

It’s also difficult to say exactly how much more transmissible the new variant may be, because scientists have not yet done the kind of lab experiments that are required. Most of the conclusions have been drawn from epidemiological observations, and “there’s so many possible biases in all the available data,” cautioned Muge Cevik, an infectious disease expert at the University of St. Andrews in Scotland and a scientific adviser to the British government.

Scientists initially estimated that the new variant was 70 percent more transmissible, but a recent modeling study pegged that number at 56 percent. Once researchers sift through all the data, it’s possible that the variant will turn out to be just 10 to 20 percent more transmissible, said Trevor Bedford, an evolutionary biologist at the Fred Hutchinson Cancer Research Center in Seattle.

Even so, Dr. Bedford said, it is likely to catch on rapidly and become the predominant form in the United States by March. Scientists like Dr. Bedford are tracking all the known variants closely to detect any further changes that might alter their behavior.

Apart from greater transmissibility, the variant behaves like earlier versions.

The new mutant virus may spread more easily, but in every other way it seems little different than its predecessors.

So far, at least, the variant does not seem to make people any sicker or lead to more deaths. Still, there is cause for concern: A variant that is more transmissible will increase the death toll simply because it will spread faster and infect more people.

“In that sense, it’s just a numbers game,” Dr. Rasmussen said. The effect will be amplified “in places like the U.S. and the U.K., where the health care system is really at its breaking point.”

The routes of transmission — by large and small droplets, and tiny aerosolized particles adrift in crowded indoor spaces — have not changed. That means masks, limiting time with others and improving ventilation in indoor spaces will all help contain the variant’s spread, as these measures do with other variants of the virus. 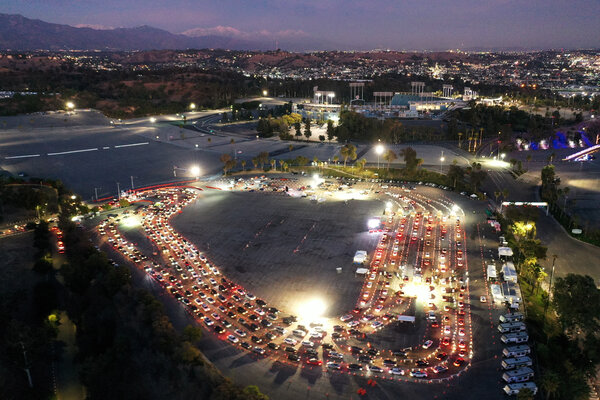 Infection with the new variant may increase the amount of virus in the body.

Some preliminary evidence from Britain suggests that people infected with the new variant tend to carry greater amounts of the virus in their noses and throats than those infected with previous versions.

“We’re talking in the range between 10-fold greater and 10,000-fold greater,” said Michael Kidd, a clinical virologist at Public Health England and a clinical adviser to the British government who has studied the phenomenon.

There are other explanations for the finding — Dr. Kidd and his colleagues did not have access to information about when in their illness people were tested, for example, which could affect their so-called viral loads.

Still, the finding does offer one possible explanation for why the new variant spreads more easily. The more virus that infected people harbor in their noses and throats, the more they expel into the air and onto surfaces when they breathe, talk, sing, cough or sneeze.

As a result, situations that expose people to the virus carry a greater chance of seeding new infections. Some new data indicate that people infected with the new variant spread the virus to more of their contacts.

With previous versions of the virus, contact tracing suggested that about 10 percent of people who have close contact with an infected person — within six feet for at least 15 minutes — inhaled enough virus to become infected.

“With the variant, we might expect 15 percent of those,” Dr. Bedford said. “Currently risky activities become more risky.”

Scientists are still learning how the mutations have changed the virus.

The variant has 23 mutations, compared with the version that erupted in Wuhan, China, a year ago. But 17 of those mutations appeared suddenly, after the virus diverged from its most recent ancestor.

Each infected person is a crucible, offering opportunities for the virus to mutate as it multiplies. With more than 83 million people infected worldwide, the coronavirus is amassing mutations faster than scientists expected at the start of the pandemic.

The vast majority of mutations provide no advantage to the virus and die out. But mutations that improve the virus’ fitness or transmissibility have a greater chance to catch on.

At least one of the 17 new mutations in the variant contributes to its greater contagiousness. The mechanism is not yet known. Some data suggest that the new variant may bind more tightly to a protein on the surface of human cells, allowing it to more readily infect them.

It’s possible that the variant blooms in an infected person’s nose and throat, but not in the lungs, for example — which may explain why patients spread it more easily but do not develop illnesses more severe than those caused by earlier versions of the virus. Some influenza viruses behave similarly, experts noted.

“We need to look at this evidence as preliminary and accumulating,” Dr. Cevik said of the growing data on the new variant.

Still, the research so far suggests an urgent need to cut down on transmission of the variant, she added: “We need to be much more careful over all, and look at the gaps in our mitigation measures.”

Brexit LIVE: One month to go… don’t mess this up, Michel! Tense dinner ends with warning