Joan H. Marks, who was a pioneer in genetic counseling, the practice of helping patients understand their risk of an inherited medical condition, and who developed it into a full-blown profession, died on Sept. 14 at her home in Manhattan. She was 91.

Her son Dr. Andrew Marks said the cause was heart failure.

Ms. Marks was the director of the graduate program in genetic counseling at Sarah Lawrence College in Bronxville, N.Y., for 26 years. When she started, in 1972, the program, the first in the nation to educate genetic counselors, was three years old.

During her tenure, she developed it into the largest such program in the country, which it remains, and helped to establish a new health care field. Today there are thousands of certified genetic counselors in the United States — professionals trained in both genetics and counseling who help patients and their families confront a variety of inherited conditions.

But when Ms. Marks began, doctors were skeptical that anyone without a medical degree could understand the intricacies of genetics. So the role of talking with patients and their families about inherited disorders and potential birth defects was often left to nurses and others.

Ms. Marks saw a glaring need for skilled counselors who could explain genetics in plain language to patients, listen with empathy and guide them through a complex web of emotional, ethical and legal choices.

“We created the concept that a non-physician genetic counselor could not only assume some of the responsibilities of physicians in terms of medical genetic care, but also would do a better job because they were better trained in genetics and in counseling,” Ms. Marks told The New York Times in 1994.

Genetic testing was once primarily used for diagnosing genetic defects in fetuses and newborns, but by the mid-1990s it was able to predict the risk of developing a wide variety of adult conditions, including breast cancer and ovarian cancer. Today, more advanced tests can detect more than 6,000 genetic disorders, according to the Genetic Disease Foundation. Many are fatal or severely debilitating, and the need for trained counselors to help patients understand the test results has increased exponentially.

“Joan recognized the need for professionals to help people cope with the anxiety of living with the results of their genetic tests,” Mary-Claire King, a geneticist at the University of Washington in Seattle and a research partner of Ms. Marks, said in a phone interview.

“Women who learned they carried devastating mutations needed to decide what to do to save their own lives,” Ms. King said. (A prominent example is the actress Angelina Jolie, who has a family history of ovarian cancer and who, as a preventive measure, had a double mastectomy and later had her ovaries and fallopian tubes removed.)

“She taught her students how to empower their patients,” Ms. King added. “Her standards define the field.” 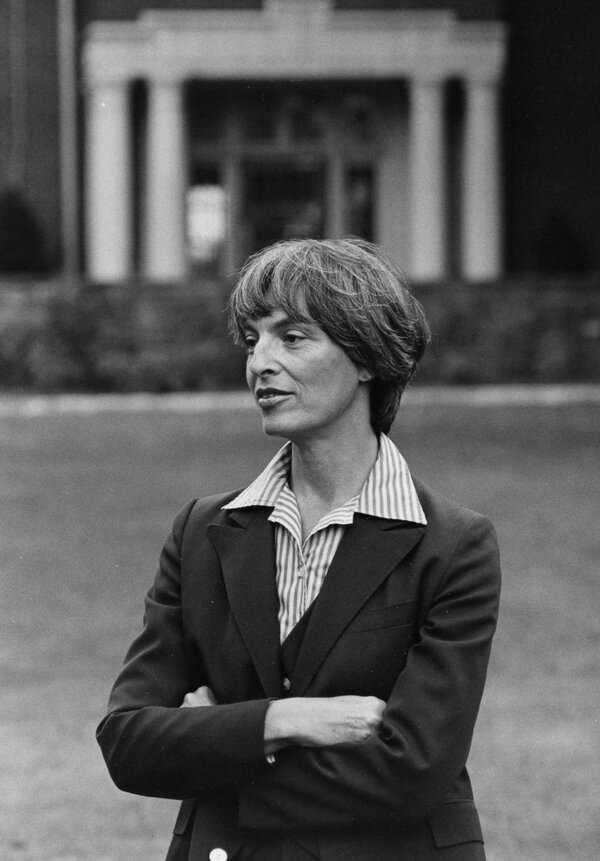 Joan Harriet Rosen was born on Feb. 4, 1929, in Portland, Maine. Her mother, Lillian (Morrison) Rosen, played the piano for silent movies and later worked at her family’s hardware store in Portland. Her father, Maurice Rosen, was a lawyer.

Joan’s father died of a heart attack when she was 12. One of her older brothers died of complications of scarlet fever.

Her mother, who remarried, moved the family to the Boston suburbs, where Joan attended Beaver Country Day School.

She was introduced by mutual friends to Dr. Paul Marks, and they married in 1953. Shortly thereafter they moved to Washington, where Dr. Marks worked at the National Institutes of Health and Ms. Marks worked in social service programs for underprivileged children. They later moved to New York City, where they became an influential couple in the city’s medical and social worlds.

Dr. Marks, who became president of Memorial Sloan Kettering Cancer in 1980, had earlier started the department of human genetics and development at Columbia University College of Physicians and Surgeons, where he hosted some of the world’s leading geneticists; Ms. Marks brought some of them to Sarah Lawrence, and they helped give her program a rigorous academic underpinning.

“In addition to the training and sociological aspects, her program provided a strong basis in the emerging science of human genetics,” her son Andrew said in a phone interview.

In addition to her son Andrew, Ms. Marks is survived by another son, Matthew; a daughter, Elizabeth; six grandchildren; and two great-grandchildren. Her husband died in April at 93.

Ms. Marks retired in 1998, and the program that she built was named for her in 2006. She won numerous honors and awards, including an honorary doctorate from Sarah Lawrence in 2019, when she was 90.

“Joan Marks was the most committed and passionate advocate for the genetic counseling field that I have ever known,” Caroline Lieber, who succeeded Ms. Marks as director of the college’s genetics program, wrote in a recent tribute. “She put the profession on the map with style, charm, directness and savvy.”

Burritos From the Kitchen of El Vez in Battery Park City