Obesity has stalked Marleen Greenleaf, 58, all of her life. Like most people with obesity, she tried diet after diet. But the weight always came back.

With that, she has suffered a lifetime of scorn and stigma. Jeering comments from strangers when she walked down the street. Family members who told her, when she trained for a half-marathon, “I don’t think it’s good for you.”

Then, in 2018, Ms. Greenleaf, an administrator at a charter school in Washington, D.C., participated in a clinical trial for semaglutide, which is a new type of obesity drug, known as incretins.

Over the course of the 68-week study, Ms. Greenleaf slowly lost 40 pounds.

Until then, she had always believed that she could control her weight if she really tried.

“I thought I just needed more motivation,” she said. But when she took semaglutide, she said that “immediately, the urge to eat just dissipated.”

Incretins appear to elicit significant weight loss in most patients, enough to make a real medical and aesthetic difference. But experts hope that the drugs also do something else: change how society feels about people with obesity, and how people with obesity feel about themselves.

If these new drugs allow obesity to be treated like a chronic disease — with medications that must be taken for a lifetime — the thought is that doctors, patients and the public might understand that obesity is truly a medical condition.

“We all believe this drug will change the way we see obesity being treated,” said Dr. Caroline Apovian, an obesity specialist at Brigham and Women’s Hospital. (Dr. Apovian, like most leading obesity researchers, consults for several drug companies. She is on the advisory board of Novo Nordisk, the maker of semaglutide, and is paid for attending advisory board meetings.)

Decades of studies have repeatedly showed that there are powerful biological controls over individual body weights. Identical twins reared apart had nearly identical body weights. Adopted children ended up with body mass indexes like those of their biological parents, not those of their adoptive parents. Metabolism slows as people lose weight, forcing them to regain it.

And yet, obesity “is like having a mark on your forehead,” said Dr. Scott Kahan, chair of the clinical committee for The Obesity Society, a scientific membership organization.

People with obesity are more likely to be passed over for jobs, be paid less than others with the same abilities and training, and be treated poorly by doctors, who spend less time with them and offer fewer preventive services.

But people with obesity haven’t had many places to turn for help. The current obesity drugs lead to an average weight loss of only 5 percent to 10 percent. And because some of these drugs are approved only for limited time frames, the lost pounds almost always come back when the intervention ceases.

According to these studies, incretins seem to be different. Unlike other weight-loss drugs, they are naturally occurring hormones that affect systems central to obesity. The drugs slow stomach emptying, regulate insulin and decrease appetite, with mostly mild to moderate short-term gastrointestinal side effects.

The drugs will not banish obesity or make people truly thin. But people who take them can look and feel very different. For some, the medications lead to weight loss approaching that of bariatric surgery.

If incretins pass the approval process, they might help convince the most important constituency of all — doctors — that obesity is a chronic disease and that it can be treated, said Dr. Robert F. Kushner, an obesity researcher and clinician at Northwestern University. One reason many doctors don’t help patients with obesity is that they don’t know how, Dr. Kushner said. Diets and exercise, the usual nostrums, almost always provide short-term weight loss, at best. 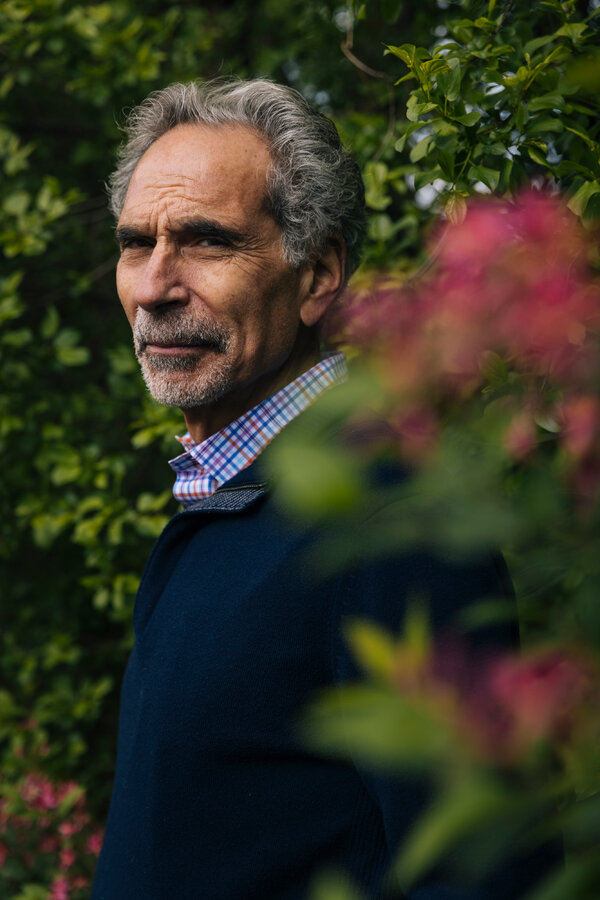 The incretin taken by Ms. Greenleaf, semaglutide, made by Novo Nordisk, is before the Food and Drug Administration, with a decision expected in June. On average it elicited a 15 percent weight loss, but a third of those who took it lost 20 percent or more of their body weight in the study, similar to the amount lost with lap-band bariatric surgery.

Eli Lilly has a similar drug, tirzepatide, which combines two incretins. The company is testing it against semaglutide and hopes that it will be even more powerful.

Dr. Louis J. Aronne, an obesity specialist at Cornell Medical School, said that the combination of semaglutide and another experimental Novo Nordisk drug, cagrilintide, could produce as much as a 25 percent weight loss in a year, an amount like that achieved with sleeve gastrectomy, a popular form of bariatric surgery.

Although more than a half-dozen new hormonal drugs are being tested, Dr. Kushner said, only with long-term use can researchers learn if the new drugs control the many medical consequences of obesity, like diabetes and high blood pressure.

There is also the larger riddle of biological destiny: Are the body’s multiple and redundant systems to maintain body weight so powerful that they will exert control in the end, diminishing the effectiveness of the drugs?

Like other obesity specialists, Dr. Rudolph L. Leibel, a researcher at Columbia University who conducted many of the pivotal studies showing obesity is a disease, deplores society’s bias against his patients. But he has his doubts that perceptions will change with new treatments.

“My guess is that bias will persist and might even be exacerbated by the availability of ‘an easy way out,’” he said.

Dr. Kushner is more hopeful and points to the example of statins, which lower cholesterol and became available in the late 1980s. Until then, doctors could only suggest that patients with high cholesterol cut back on eggs and red meat.

Doctors “embraced statins,” Dr. Kushner said, because they could at last treat this condition. More powerful incretins, he added, could have the same effect on the medical profession.

He is unsure, though, whether patients will accept the disease label. They’ve been conditioned, he said, to believe that their weight is their own fault; all they have to do is eat healthier and exercise more.

When talking with patients, he doesn’t spend 20 minutes trying to convince them that they have a disease. In fact, he deliberately avoids using the word “disease” and instead says “condition” or “problem.”

“I tell them this is a chronic ongoing medical problem, just like diabetes,” he said.

Members of the general public pose a different challenge, Dr. Kushner said. With them, he said, “we may need to use a term like ‘disease.’”

He likens the situation to that of alcoholism or drug addiction, which was once thought to be indicative of a weak will or a moral failing. Researchers have successfully changed the conversation; many people now know that those who abuse alcohol or drugs have a disease and need treatment.

As for Ms. Greenleaf, she wants to take semaglutide again. The pounds crept back when the trial ended.

Obesity, she now realizes, “is not your fault.”